Manufacturing industries that employ the most women

Get It Made collected data from the Bureau of Labor Statistics to rank the manufacturing industries that employ the most women today. 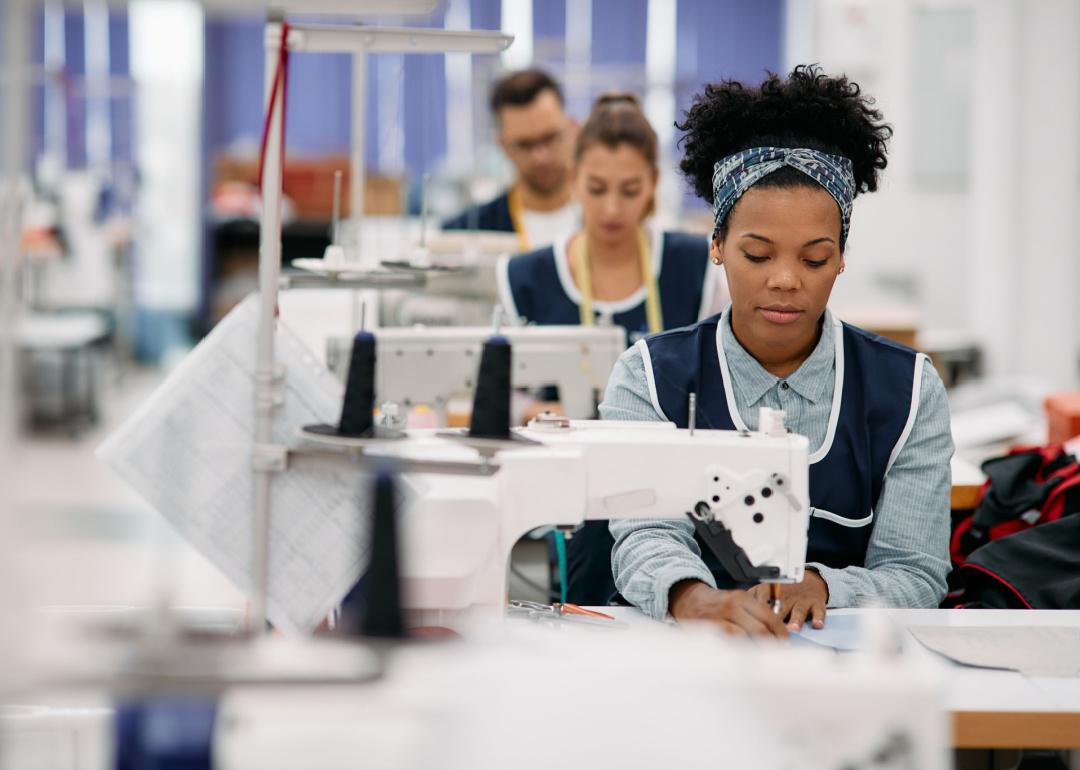 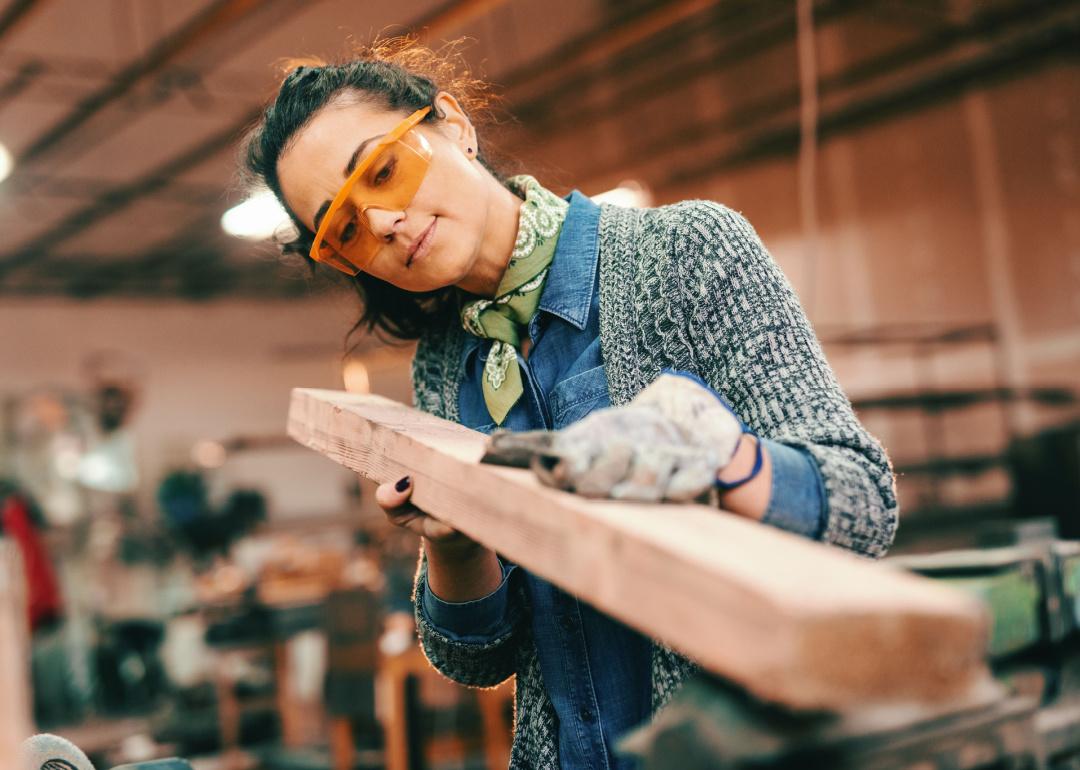 Records of American women being a part of the manufacturing workforce have been documented as far back as 1899.

At that time, it was cheaper to pay women to work in factories than men. Women's presence in the manufacturing workforce surged during World War II, including making weapons and other military equipment. Companies laid off women after the war ended in favor of hiring returning veterans. In the ensuing years, automation use expanded to support manufacturing workers and, in some instances, replace them.

Even today, women remain underrepresented in the manufacturing industry, accounting for around 3 in 10 employees overall and 3 in 10 junior staff. They are rarer at higher levels—2 in 10 mid-level staff, less than 2 in 10 senior-level staff, and 9 in 100 CEOs.

There is a fair amount of variation across sectors, though. Women make up only 17% of those working in primary metals and fabricated metal products but comprise 50% of the workforce for textiles, apparel, and leather manufacturing.

Efforts are underway to diversify the manufacturing workforce. Some manufacturers have formal programs they use to recruit women, and the Manufacturing Institute, a workforce development company, has started the STEP Women's Initiative to train, study, and publicly recognize the role of women in the manufacturing industry.

Women can fill gaps in the manufacturing industry, which is currently facing a workforce shortage. Beyond that, there is room for them to help expand opportunities, replace an aging workforce, and fill roles in highly skilled and technical positions.

Read on to learn more about women working in different manufacturing industries in the U.S. 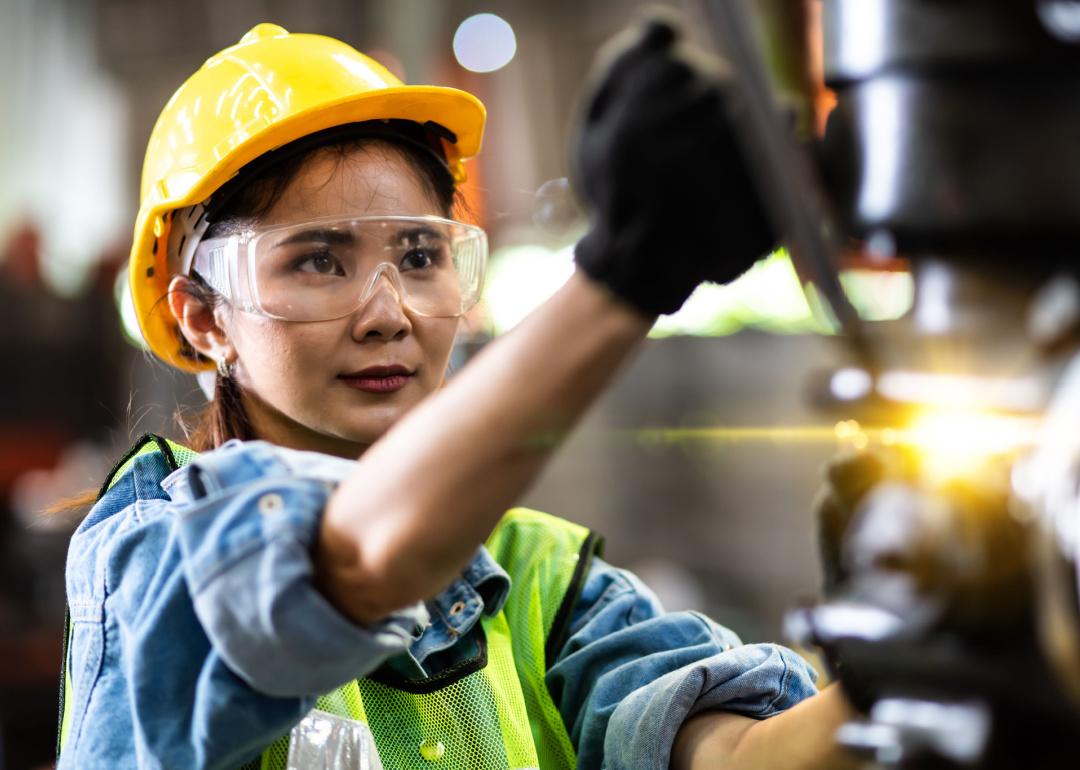 Fabricated metal products manufacturing handles the next step, turning the metal into various parts or end products. The main processes in this industry include machining, forming, bending, stamping, and forging to give shape to individual metal pieces, as well as assembling and welding to join metal pieces together.

In 2021, women metal workers made 93 cents for each dollar that men in the same job earned, despite demonstrating strong skills and holding vital positions. 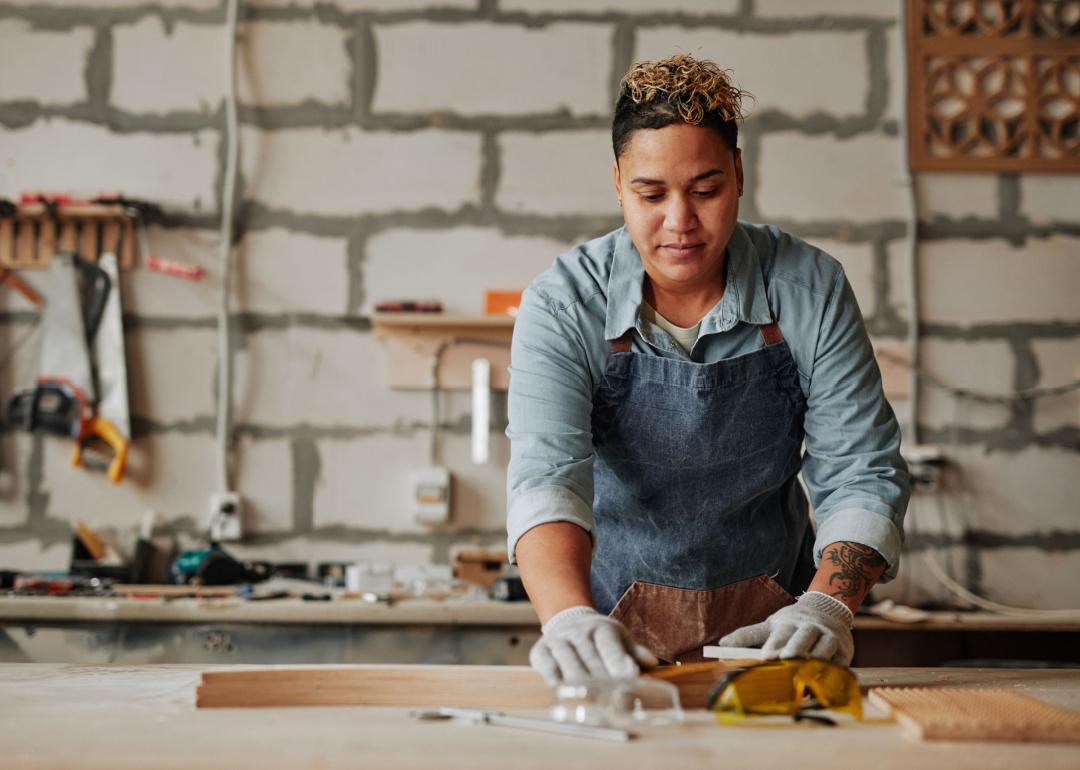 The forest products industry is a top 10 manufacturing employer in 45 states, employing almost 950,000 people nationwide. Yet women in 2019 occupied just 16% of top management jobs in the sector. 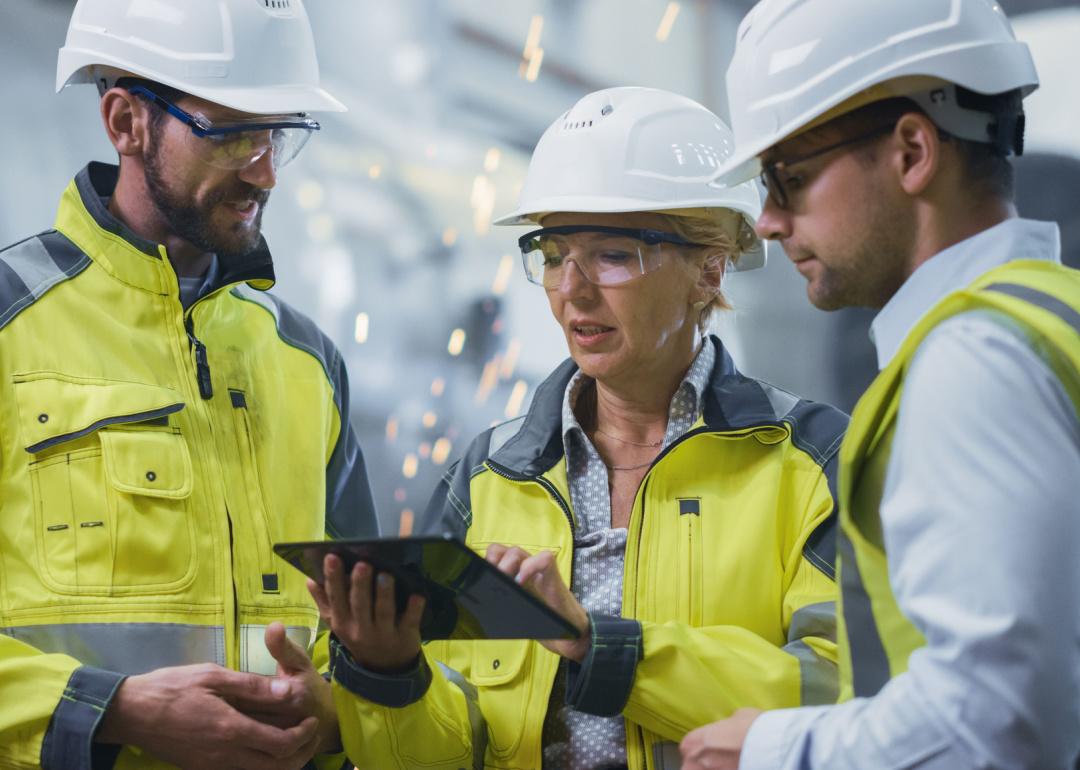 Petroleum and coal products manufacturing usually involves the process of petroleum refinement, achieved through chemical techniques such as distillation and cracking. The subsector also includes establishments that further process coal and refined materials and manufacture products like petroleum lubricating oils and asphalt coatings. 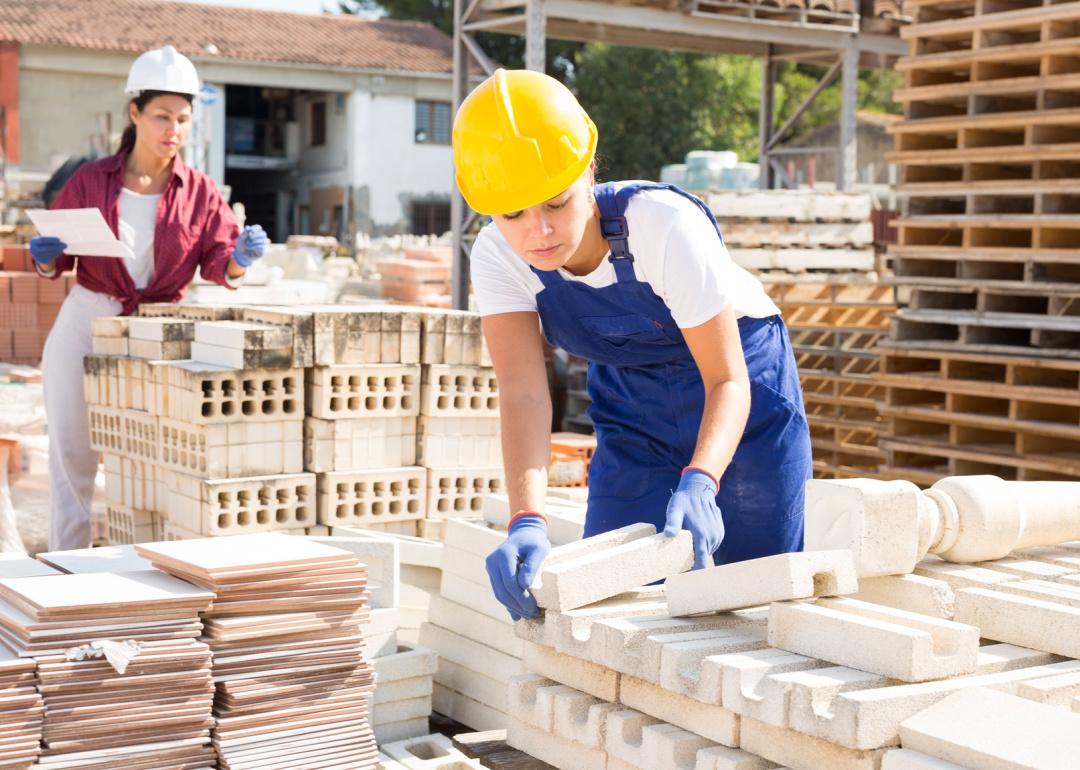 Nonmetallic mineral product manufacturers take clay, stone, gravel, and sand and transform them into finished products like cement, ceramics, and glass. Processes may include honing, shaping, cutting, and grinding. The techniques often involve heat and mixing, like when producing glass.

Of the nearly 9,000 firms in this sector in the U.S. in 2020, two-thirds were majority-owned by men, 12% were majority women-owned, and 16% were owned in equal shares by men and women. The remaining 6% did not report ownership statistics. 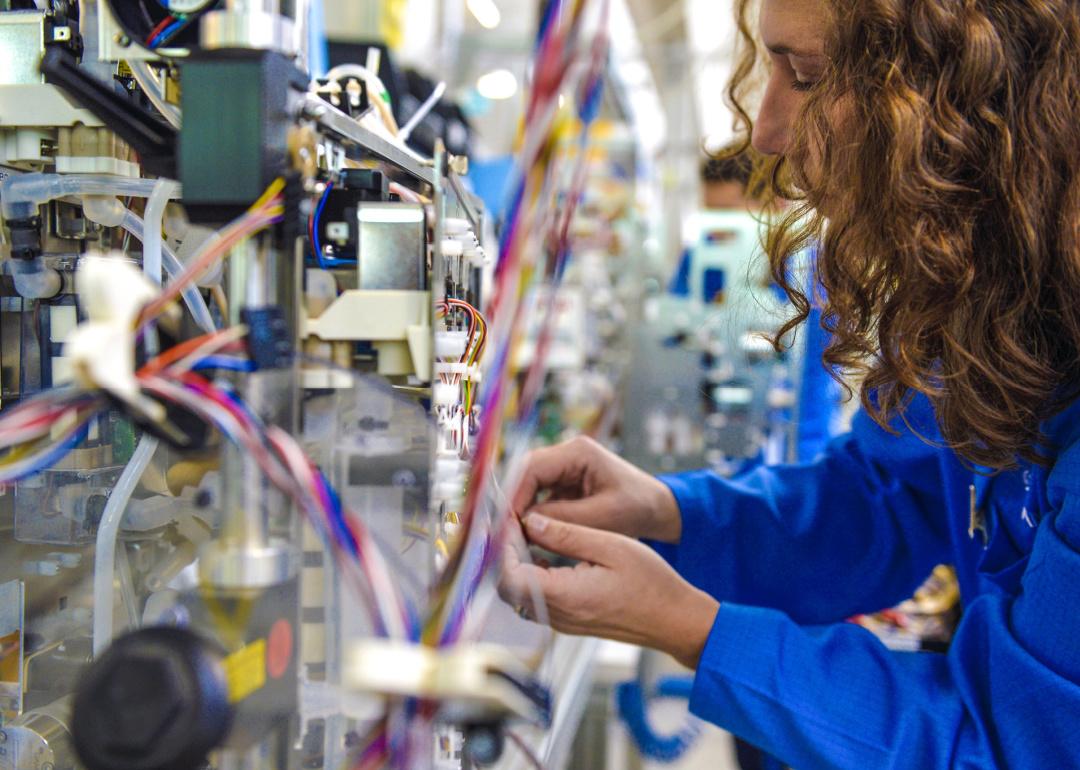 Machinery manufacturers make products such as levers and gears, and other equipment. Some of this industry's main processes include machining, forming, bending, stamping, and forging to shape metal pieces, while other methods involve assembling and welding to join together various parts.

While these processes are comparable to those used in the fabricated metal products manufacturing subsector, machinery manufacturing focuses on creating different machine parts through various metal-forming operations and more elaborate assembly operations.

Women are making strides in leadership in this subsector. In Ohio, French Oil Mill Machinery promoted Tayte French Lutz to vice president of the custom equipment manufacturing company in August 2022. 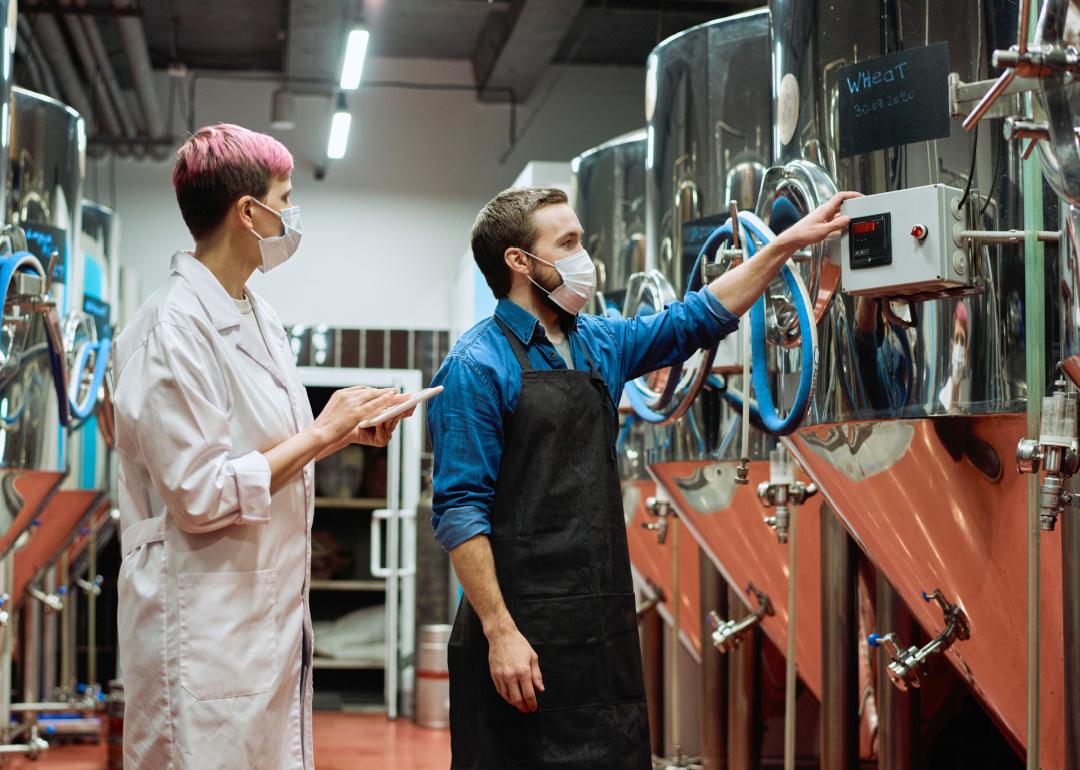 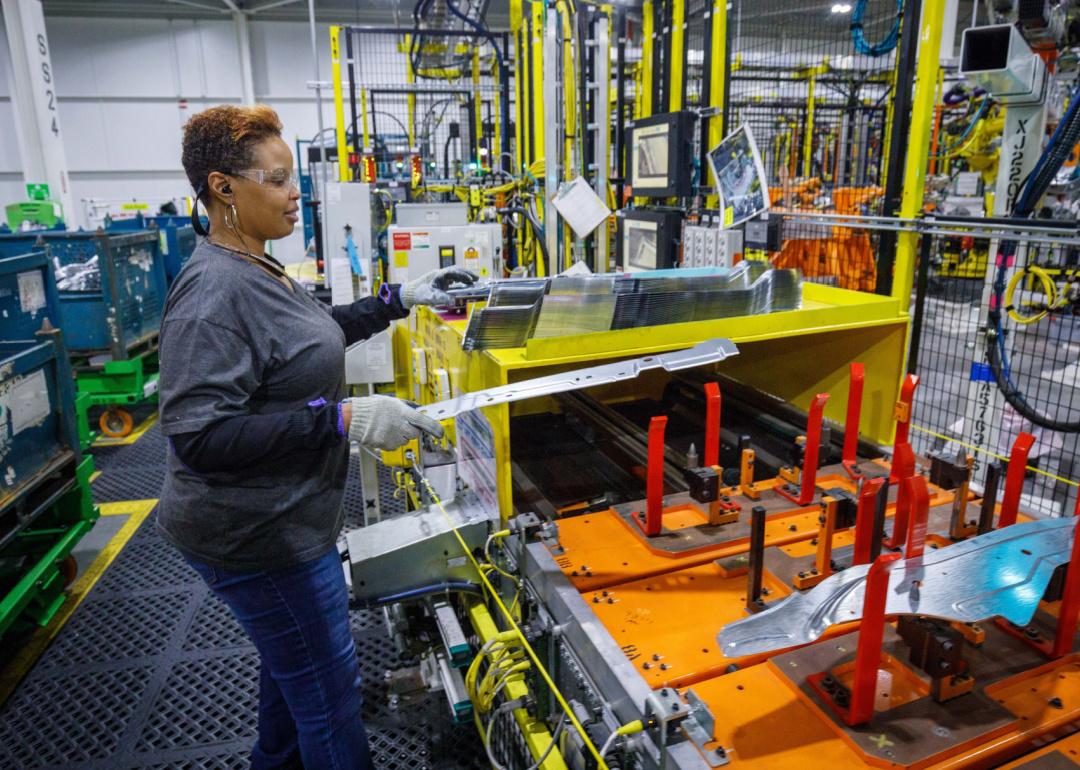 Men regularly make more than women for the same roles within this subsector, as is the case throughout manufacturing. In 2019, male aerospace engineers earned a median income of $112,402, more than $10,000 more than their women counterparts. Similar gender wage gaps are evident among machinists. Mechanical engineers have a much smaller gap—less than $1,000. 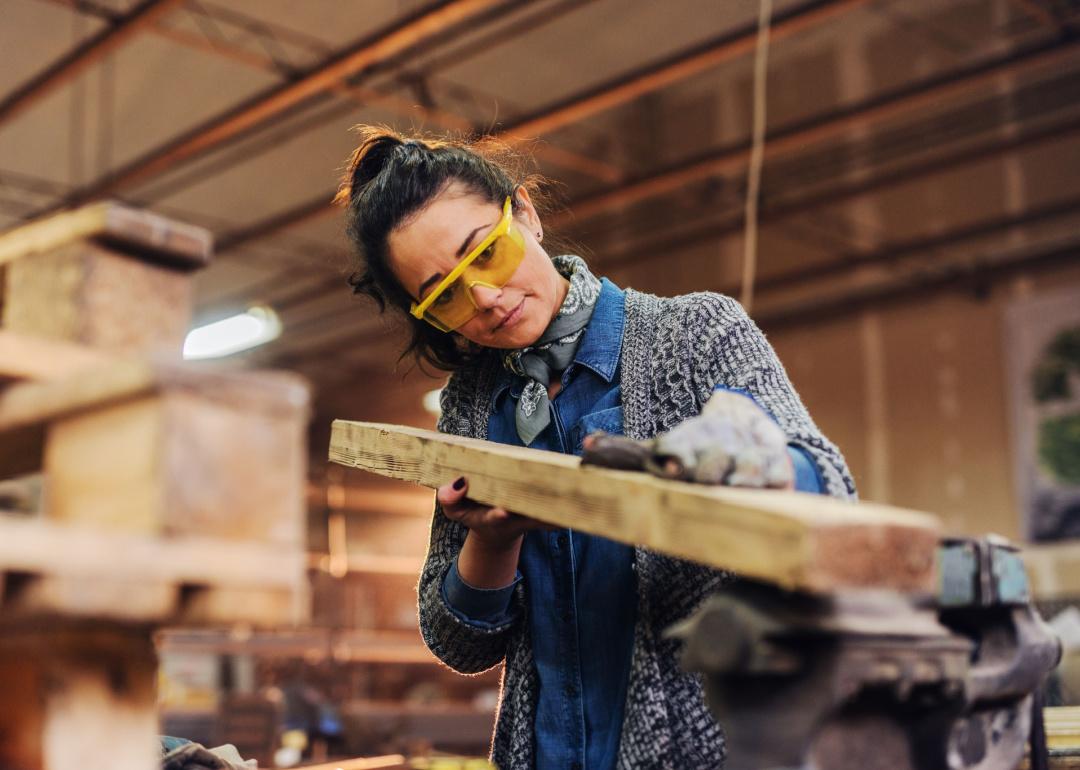 Making furniture and related products—from fixtures and cabinets to window blinds and mattresses—also requires the incorporation of fashion and design trends. Manufacturers may incorporate their own design services or buy them from industrial designers.

In the furniture and related product manufacturing subsector, the average annual salary for a man is $47,798, while for a woman, it's $45,935. Three furniture manufacturers—Ikea, Steelcase, and Williams-Sonoma—made Forbes Magazine's list of 2022's Best Employers for Women. 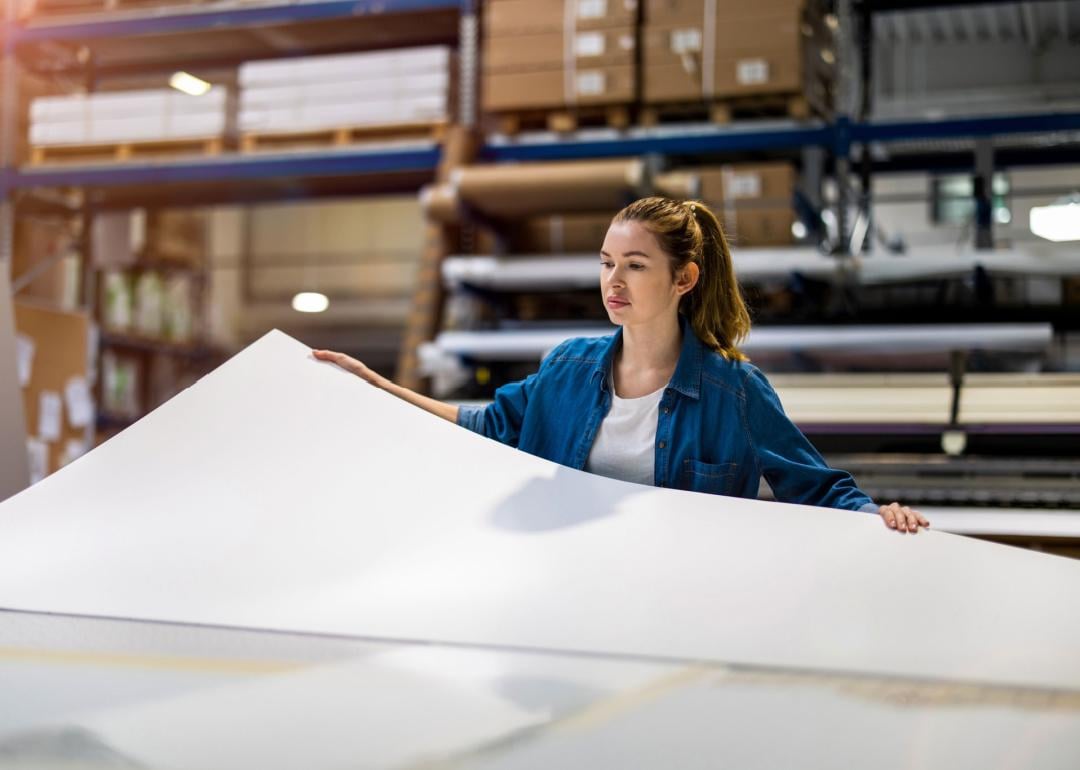 Overall, paper manufacturing has a significant wage gap, with year-round, full-time male paper goods machine setters, operators, and tenders in 2019 earning a mean of $51,357 versus $32,943 for their female counterparts. But wages are virtually matched between men and women in the printing and related support activities subsector: $55,808 and $55,026 a year, respectively. 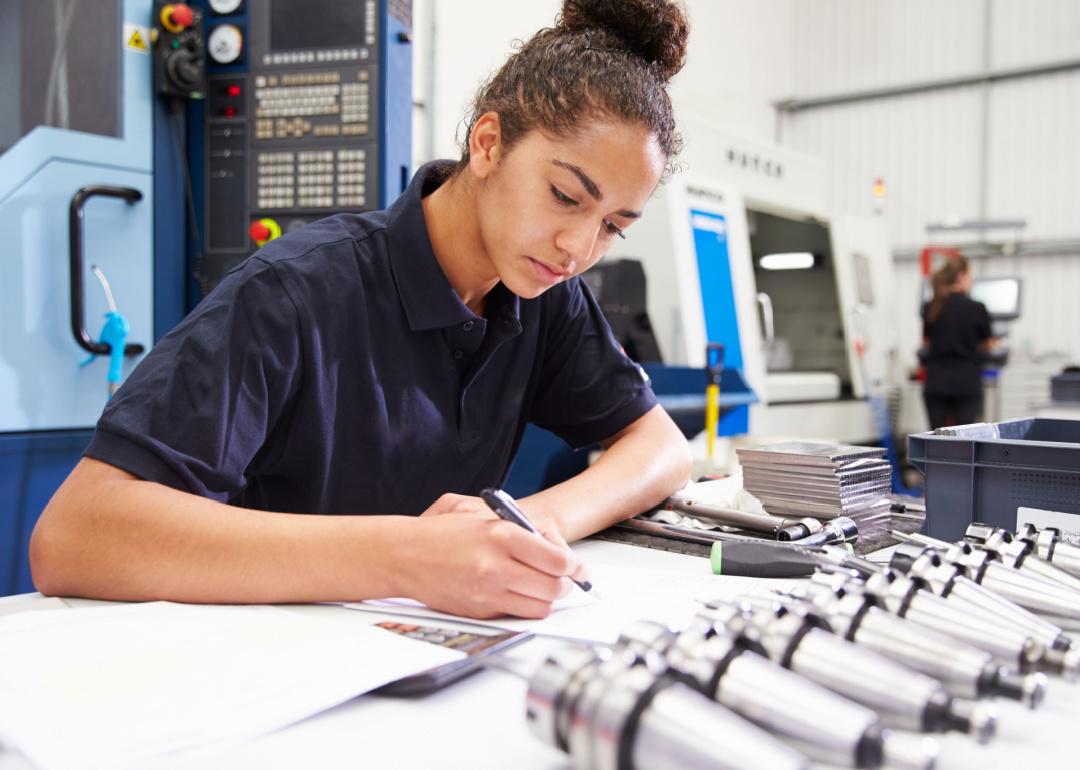 Establishments in the electrical equipment, appliance, and component manufacturing subsector make products that produce electrical power, as well as distribute and use it. These products include lighting fixtures, electric lamp bulbs, and household appliances ranging from coffee grinders and blenders to refrigerators and deep freezers. They also include electrical equipment such as transformers, generators, and electric motors, as well as other electrical components and equipment such as batteries, insulated wire, and fuse boxes.

Women entered the electrical manufacturing workforce in the early 1900s, mostly making electric motors and lightbulbs. With mechanization across manufacturing mainly driven by demand during World War I, employers sought lower-wage workers. That often meant recruiting women and minorities. The factory jobs generally reserved for white men opened up during the two world wars, with many roles returned to veterans following the wars. 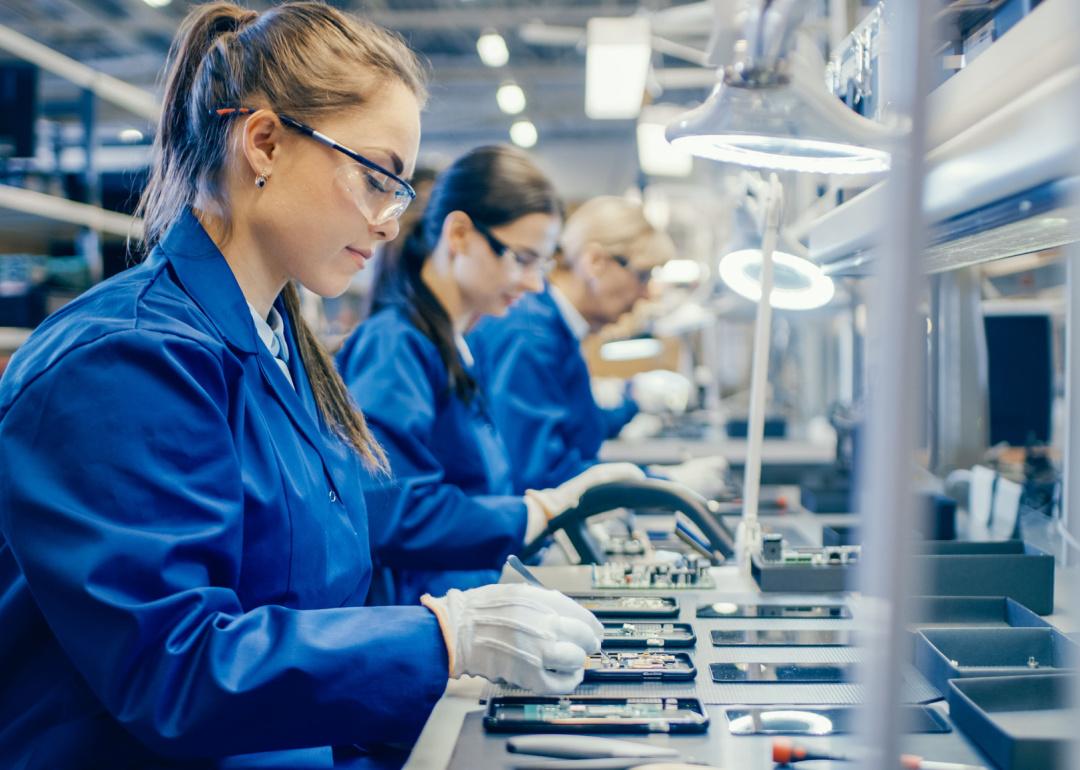 Men dominate the electronics manufacturing industry, but women in the industry have carved out places for themselves. In the past, when technology jobs did not pay as much as today and were considered menial, women held those jobs—only to be overshadowed by men when they became profitable. 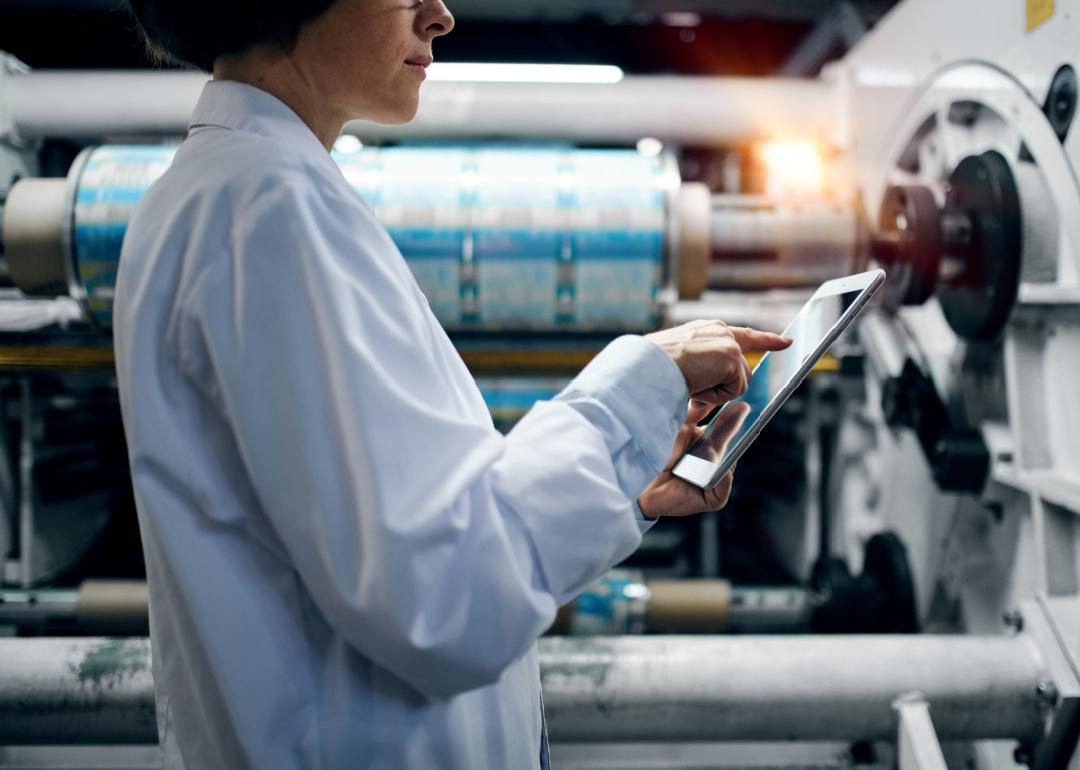 In the plastics manufacturing industry in 2021, women represented a more significant share of workers than they had 10 years earlier, with 3 in 10 workers being women. But even then, according to Robin Graves—an executive search firm senior account manager at Midland Consultants who has over two decades of experience in recruitment in the rubber industry—there were "quite a few women" in the industry in 2012. She reported they held various positions, including those of chemists and presidents and those in sales and marketing. 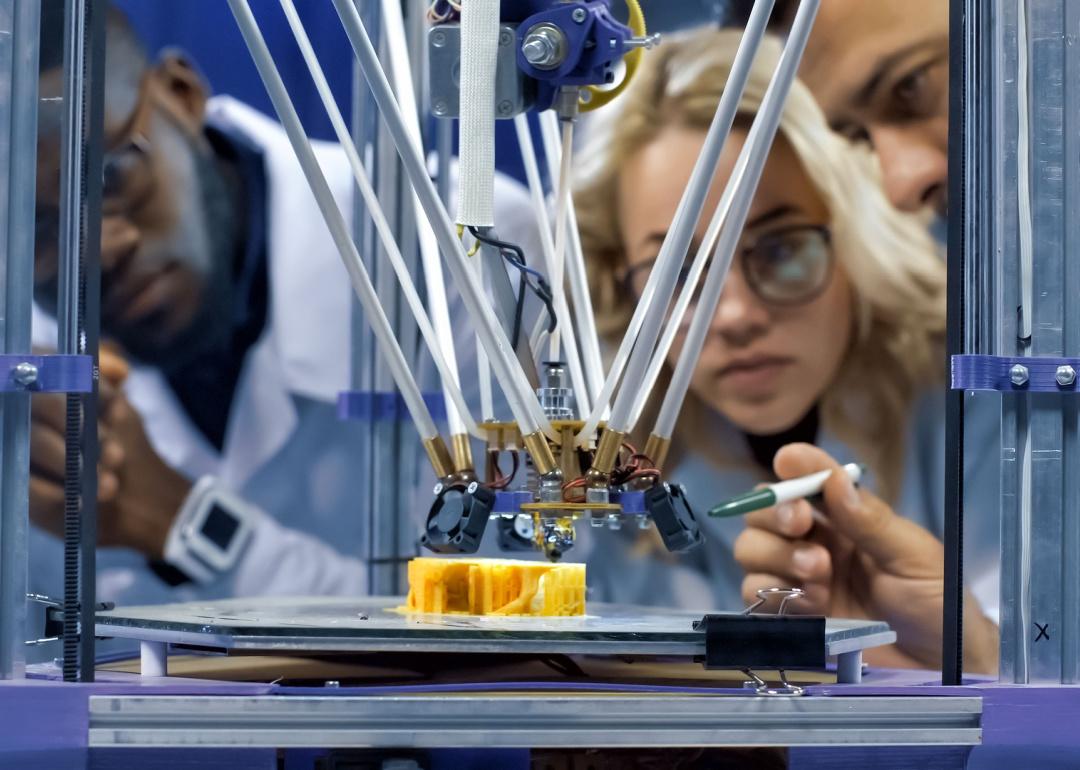 Miscellaneous manufacturing industries produce products that are not classifiable in other Bureau of Labor Statistics categories. Examples of industries in this group include those that manufacture musical instruments, artists' materials, dolls, caskets, silverware, and jewelry. 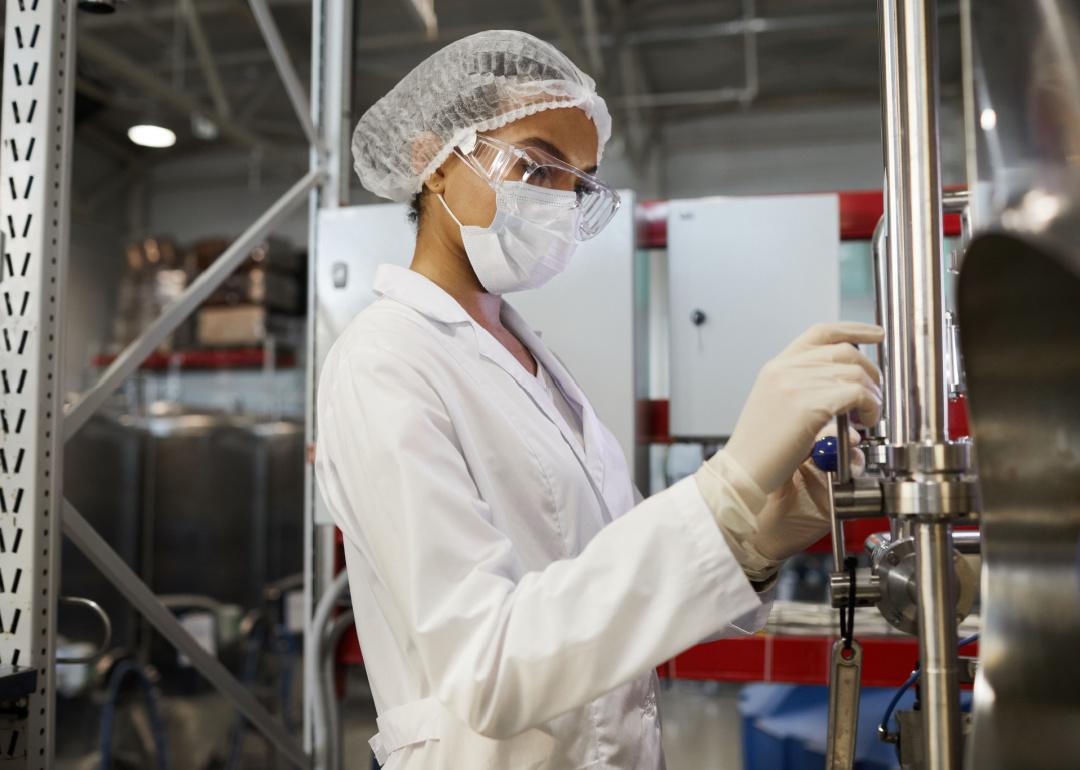 Chemical manufacturers create products from inorganic or organic raw materials. Some examples of industry groups include manufacturers of paints, soaps, medicines, pesticides, resins, and other products.

More women in the chemical manufacturing industry are entering the workforce and taking leadership positions. Additionally, support organizations exist expressly to bolster women in the industry, including the Women in Specialties group of the Society of Chemical Manufacturers and Affiliates and Women in Chemicals. 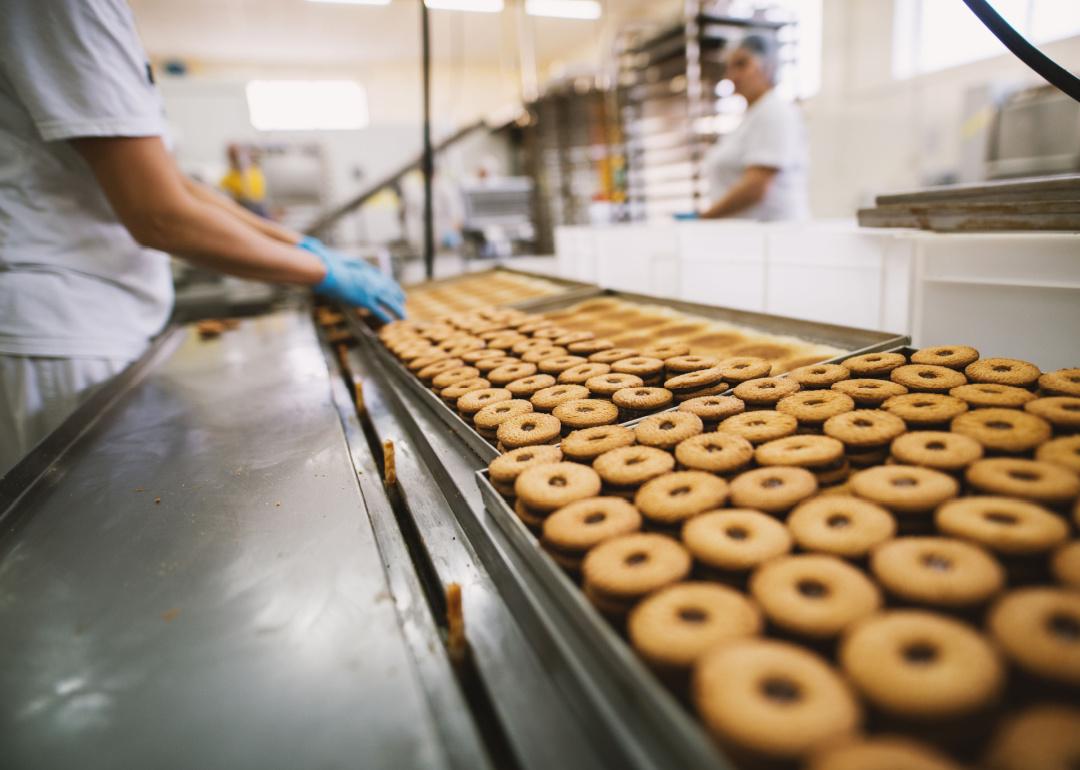 Women hold fewer than 2 in 10 senior leadership positions in the food and beverage industry, according to Females in Food—even though 8 in 10 women worldwide make food-buying decisions.

Textile mills turn basic fibers into a product like fabric or yarn. Textile or apparel companies will then use that fabric or yarn to produce consumer items like textile bags, towels, sheets, and clothes—and, sometimes, companies might also use materials from various industries.

Apparel manufacturing industries are involved in two manufacturing processes: making the fabric itself and then cutting and sewing it to create a garment. Leather and allied product manufacturing include making leather out of hides and using that leather to create final products, as well as creating leather substitute products out of textiles, plastics, or rubber.

In the leather tanning and finishing and other allied products manufacturing industry, men make slightly more than women, on average—with the average man's salary being $46,088 and the average woman's salary being $45,281. Globally, the textiles, clothing, leather, and footwear sector provides many employment opportunities, especially, and increasingly, for young women.

This story originally appeared on Get It Made and was produced and distributed in partnership with Stacker Studio.

Are You Heart Smart? What to Know for a Healthier Heart