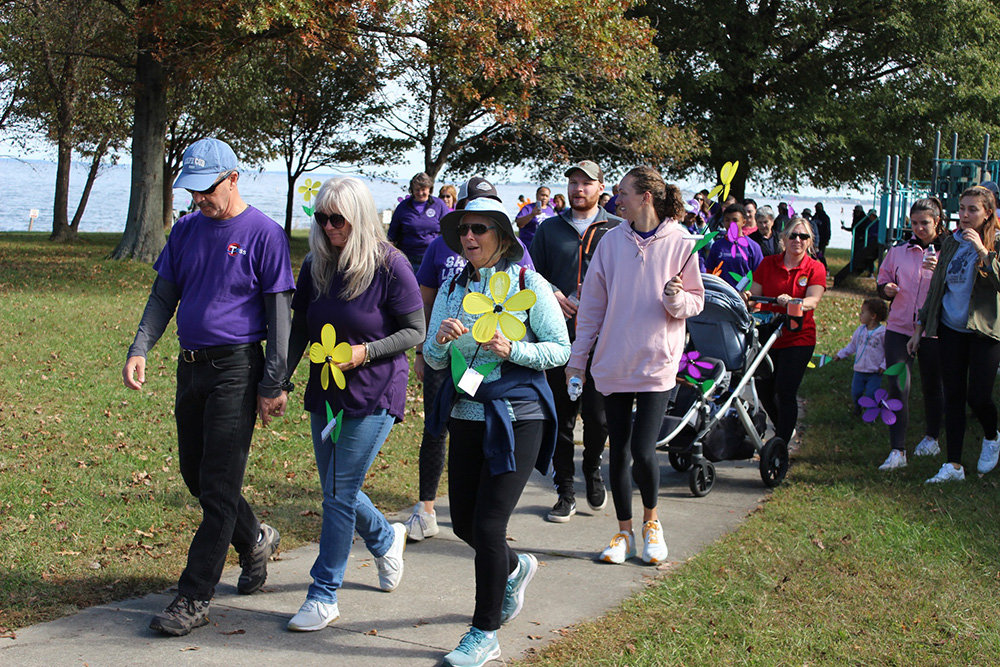 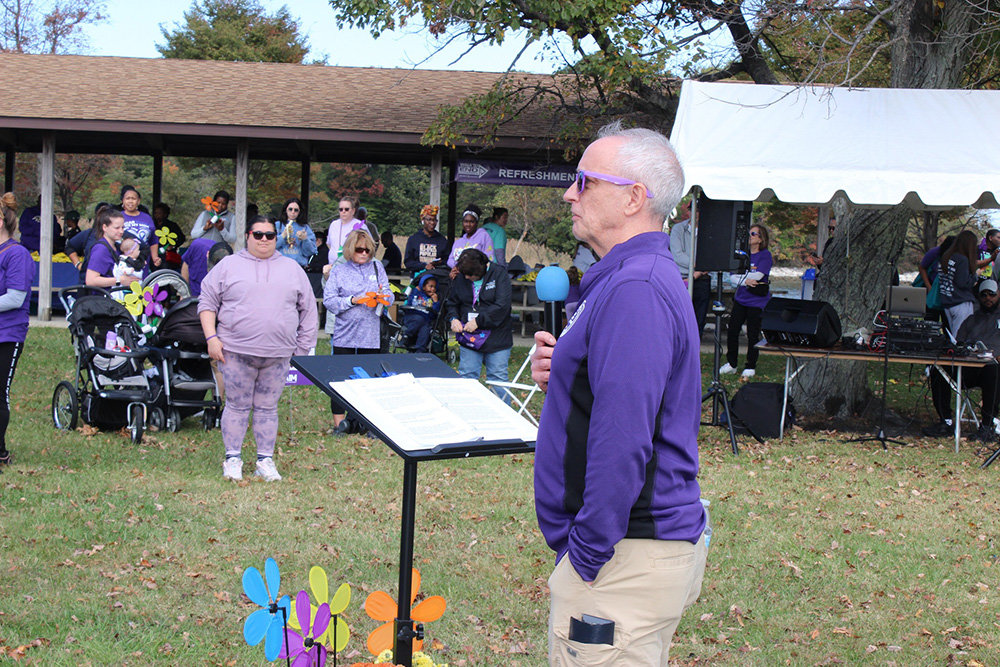 Ed Herold Jr. was the top individual fundraiser for the Anne Arundel Walk to End Alzheimer’s for 2022, raising $11,410.
Photos courtesy of Renee Johnson 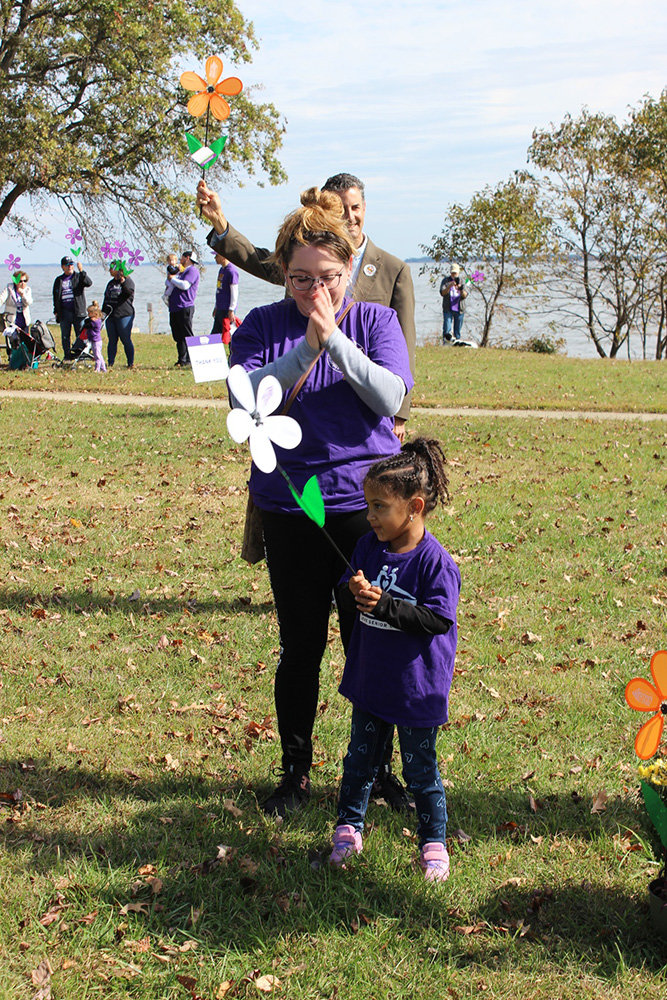 A child held a white flower as a symbol of finding a cure for Alzheimer’s at the Anne Arundel County 2022 Walk to End Alzheimer’s, which took place October 16.
Photos courtesy of Renee Johnson 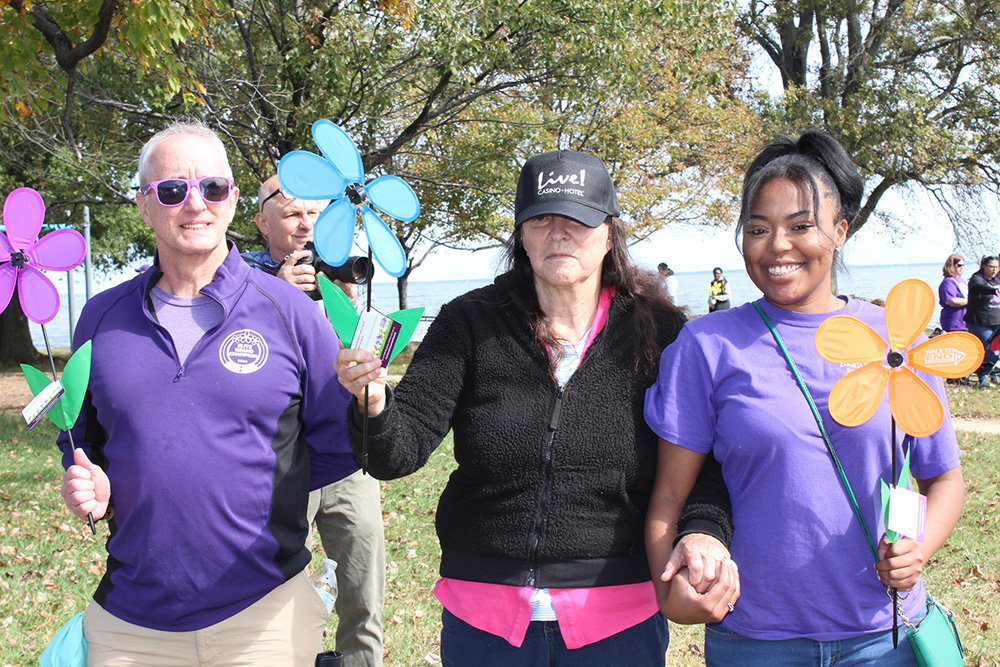 Cidnei Crumity (right), from Brightview Severna Park, held an orange Promise Garden flower during the 2022 Walk to End Alzheimer’s at Sandy Point State Park in Annapolis on October 16. Orange flowers are for those who support the cause and the Alzheimer’s Association's vision of a world without Alzheimer's and all other dementia. Blue flowers represent someone living with Alzheimer’s or other forms of dementia and the purple flowers represent somebody who has lost someone to the disease.
Photos courtesy of Renee Johnson
Previous Next
Posted Tuesday, November 1, 2022 3:11 pm
By Mark Patton l mark@severnaparkvoice.com

The walk is an annual event that organizers say occurs in more than 600 communities nationwide, making it the world’s largest fundraiser for Alzheimer’s care, support and research.

According to the Alzheimer’s Association, more than 6 million Americans are living with the disease, and it’s expected to cost the U.S. $321 billion.

On the walk’s website, Herold documented watching the effect the disease had on his mother.

“The progression of dementia during my mom's final years had a profound effect on me,” Herold said.

During the event, each registered participant was given a Promise Garden flower with flower colors representing the individual’s connection to the disease.

Requiem For Rosey: Musings On The Life And Loss Of A Beloved Pet

A Day In The Life Of Exotic Pet Medicine