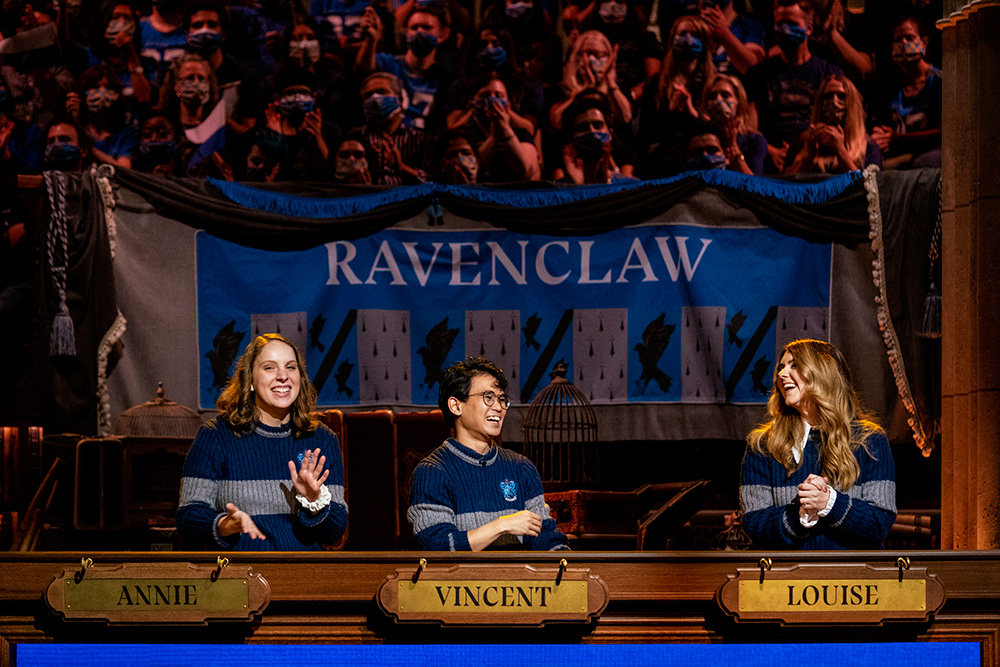 Annie Bennett (left) and the Ravenclaw team advanced to the final match after beating Slytherin.
Photos courtesy of TBS 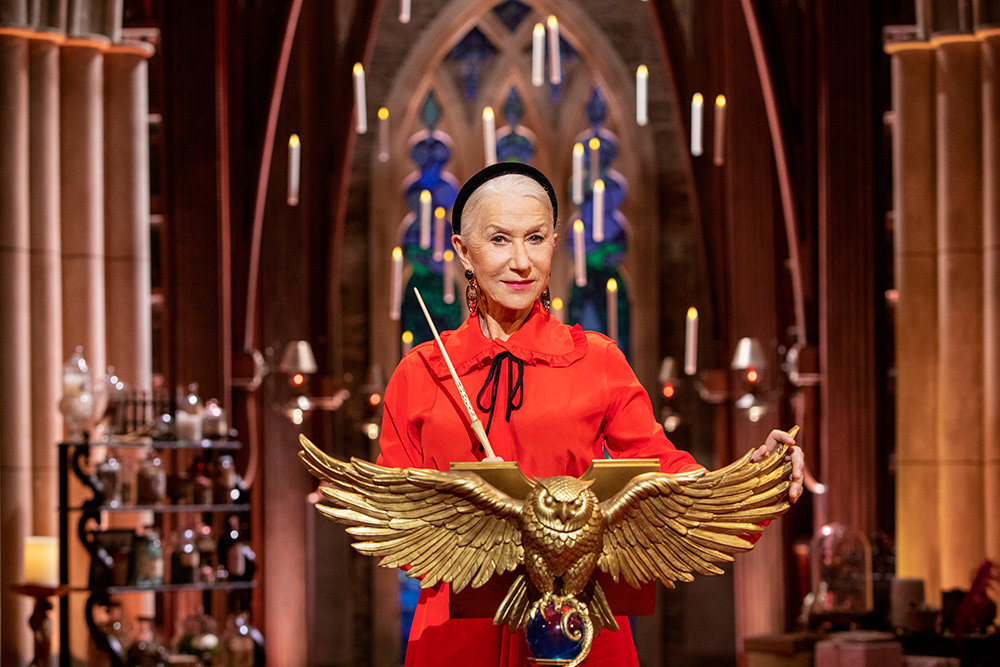 Annie Bennett did not need magic to secure a spot on the TBS trivia show “Harry Potter: Hogwarts Tournament of Houses,” which aired in December. The Emerson College student and former Severna Park resident proved her fandom during the application process and again during the four-part TV competition.

The show paid tribute to the 20-year anniversary of the first film in the “Harry Potter” series.

Representing the house of Ravenclaw, Bennett and her two teammates faced Slytherin in the first round. Ravenclaw is known for intelligence, and Bennett put on a performance fitting of that house by contributing several correct answers. At one point, host Helen Mirren played a sound clip and Bennett correctly identified the movie scene in which characters ventured into a cave to find a locket horcrux. She also correctly named the number of years Sybill Trelawney taught at Hogwarts.

With a perfect first round, Ravenclaw advanced to the final against Hufflepuff and Slytherin, which earned a second chance after a win in the wild card round. Despite giving the first correct answer in a challenge that involved all three teams, thus removing her from the challenge, Bennett’s team could not capitalize, and Ravenclaw was eliminated. Hufflepuff ultimately won the trophy.

Regardless of the result, Bennett was thrilled with the experience, as she told Mirren.

“Harry Potter was the first story I fell in love with because it taught me the power that a good story can have,” she said. “Growing up as a little gay kid in suburbia, it really has influenced my values. A good story can change the world, and I really do believe that Harry Potter has.”