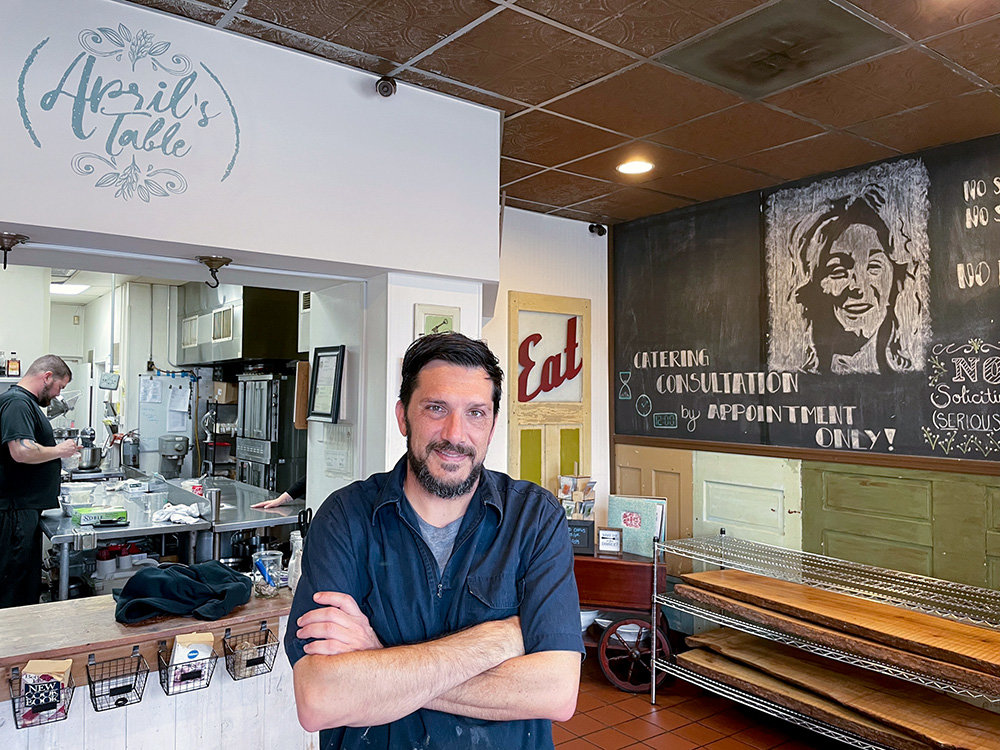 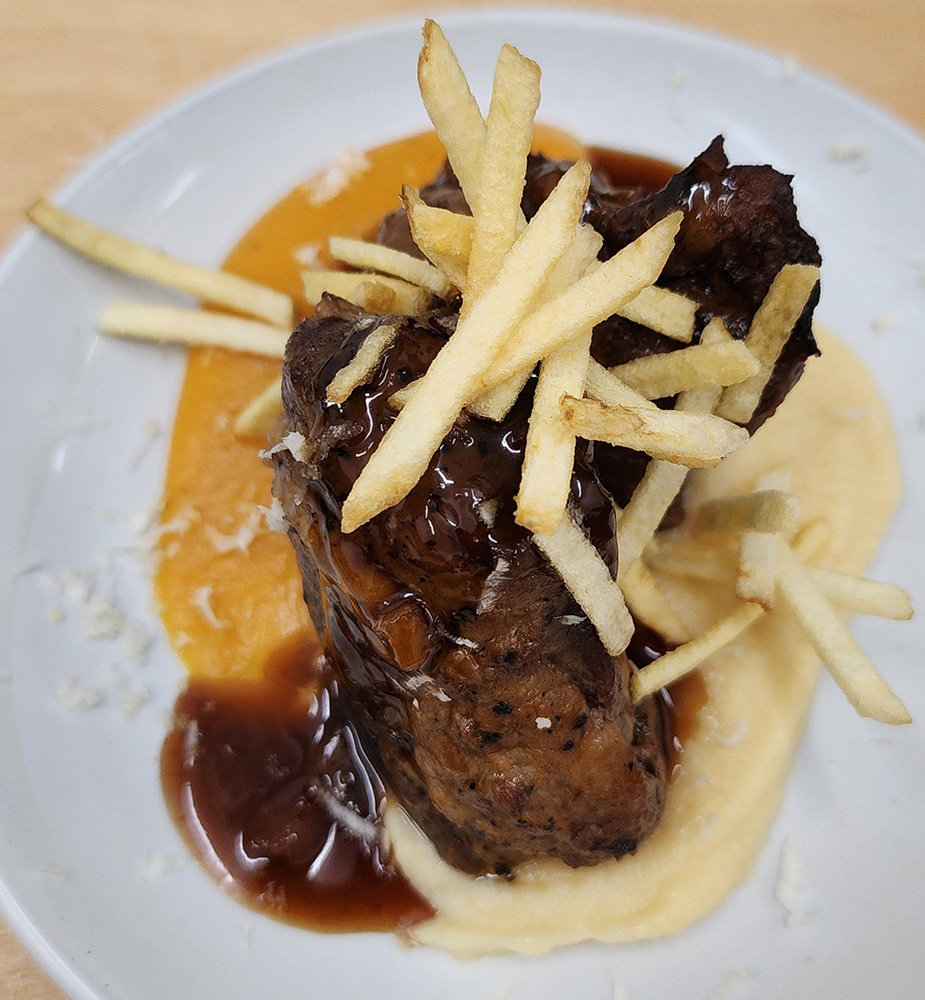 Though the menu varies from week to week, one of the offerings includes braised short ribs.
Photo Provided 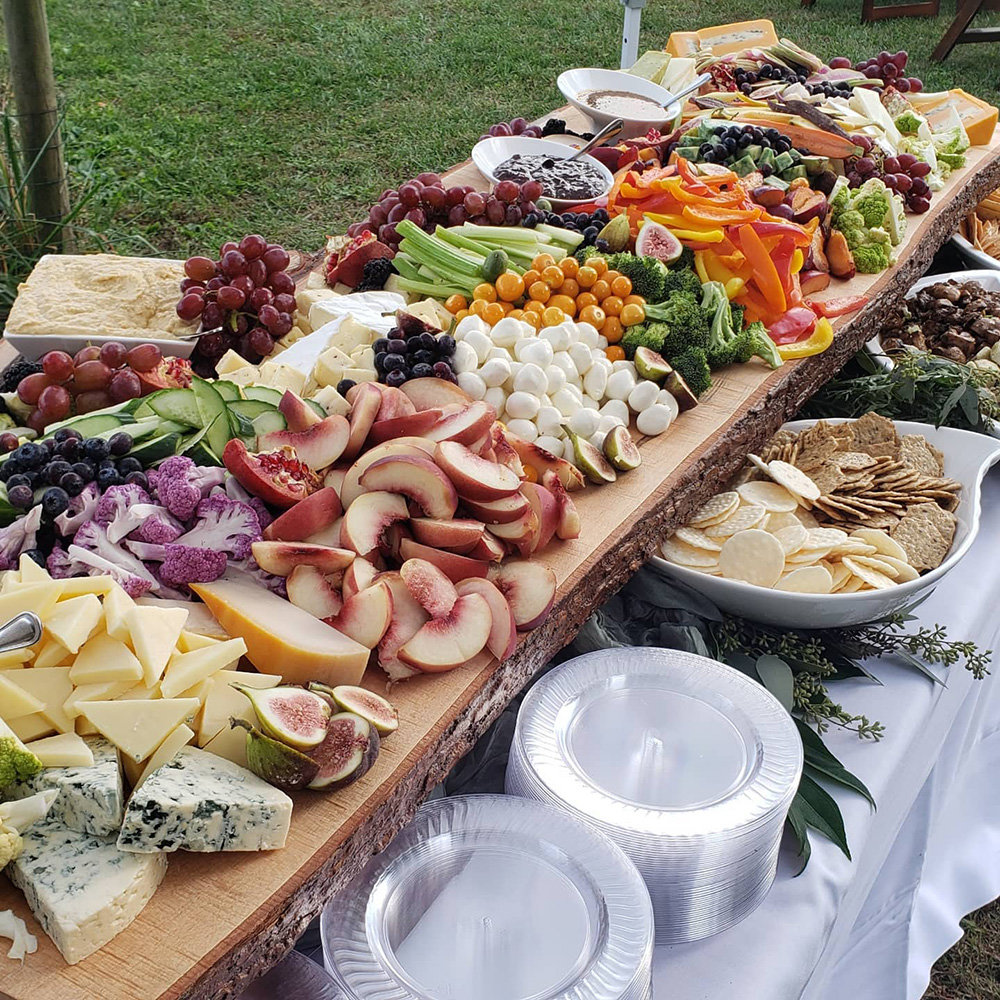 Grazing boards are a perfect option for a unique dinner or other gathering.
Photo Provided
Previous Next
Posted Wednesday, January 18, 2023 11:44 am
By Mary Cobbler

If your schedule is overloaded and you know you've been dining out or eating too much fast food, here's an alternative: April's Table.

April’s Table is a full-service catering business that also offers chef-prepared nutritious meals that are ready to eat or pop in the oven. For even more convenience, you can choose pick-up or delivery.

I tried the service in January, needing a respite from holiday festivities and being too tired to cook. I was intrigued by the “dinner club.” You peruse the weekly online menu, order by Sunday, and pick up or have your food delivered on Tuesday. You choose the cost, paying by the serving.

I chose pulled pork with cavatappi pasta and three apple crisps. I also bought some Old Bay tuna for the next day's lunch.

I stopped in the shop on a Tuesday to get my meal and was greeted with smiles, quick service and easy conversation. I left with a large bag that filled the car with delectable aromas that made my mouth water.

My father and I were having dinner together, and he was excited to help me evaluate this food adventure. The pulled pork and pasta were in a foil-covered container with baking instructions on top, so I placed it in the oven for about 30 minutes and took it out piping hot.

Mixing pork and pasta was a great idea for this savory dish. The pork was tender and flavorful, not overly spiced, and the pasta, cooked al dente, was mixed with a delicate white sauce. Yellow corn kernels added just the right sweet crunch and color. The meal was satisfying and filling, so I couldn't finish my plate, but my 90-year-old dad gustily ate his and said several times how much he was enjoying it. I ordered enough for two, and we had plenty to spare.

I heated the apple crisp for dessert. Each was in a little foil pie container. After taking out the pork dish, I placed the apple crisp in the oven. We happily dug in, and I quickly discovered it was just like the apple crisp of my childhood — a crispy, crunchy topping over lightly sweet, tender, fresh-baked apples. I delivered an additional serving to my son, and he outdid me by adding vanilla ice cream — a perfect pairing. We all raved about these. They're an ideal end-of-meal treat.

The tuna salad was a nice delight for the next day's lunch. Very fresh, it had the right balance of Old Bay. In my experience, most people have a bit of a heavy hand with this spice — a little goes a long way. Scallions gave the tuna a peppery bite.

I obviously chose the everyday dinner fare, and that's the beauty of April's Table — you can pick up simple weeknight meals to please a family or go a bit fancy and order the frittata or some of the other unique dishes.

Another option is ordering a "grazing box." Nibble on cheeses, nuts, vegetables, smoked meats, hors d'oeuvres, shrimp and more. I can think of all sorts of occasions to buy one of these — showers, parties, football games, or even for a fun dinner while you binge on old movies. What a fabulous idea for a family or group of friends.

Cunningham said April’s Table recently began having pop-up dinners at various venues. She posts the venue and menu online in advance, and you can purchase tickets for an all-inclusive dining experience. Recent pop-up dinner venues include William Paca House and Prism Annapolis.

"They're fun and exciting," said Cunningham of the pop-up dinners.

Peruse the menu and order a meal. Let Cunningham, along with chef Geoffrey Williams, prepare the food for you.

This is a great resource, weekly or occasionally. I liked it and think you might too if you give it a whirl.

Where To Find April’s Table