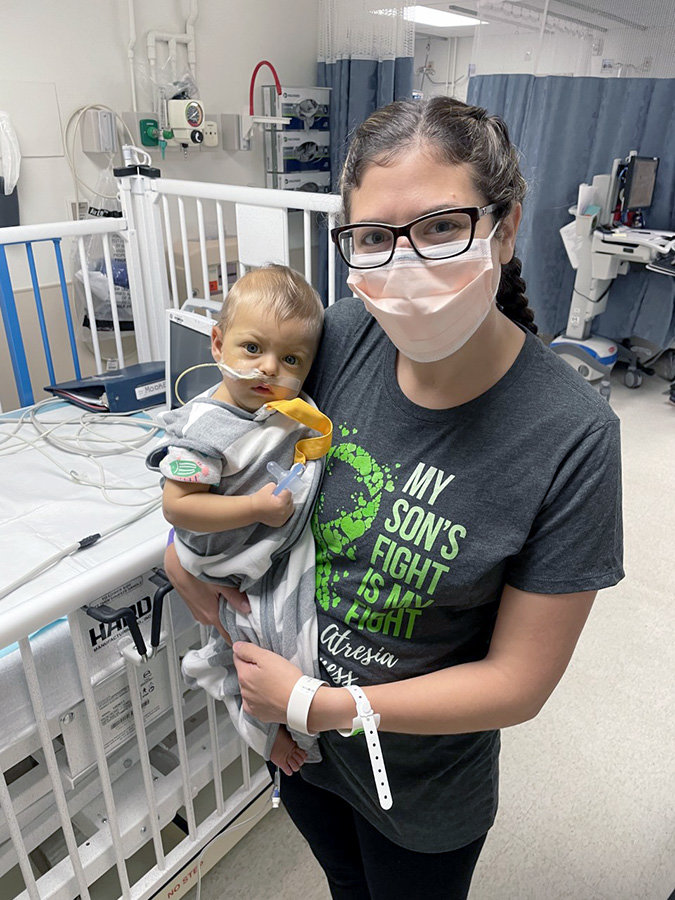 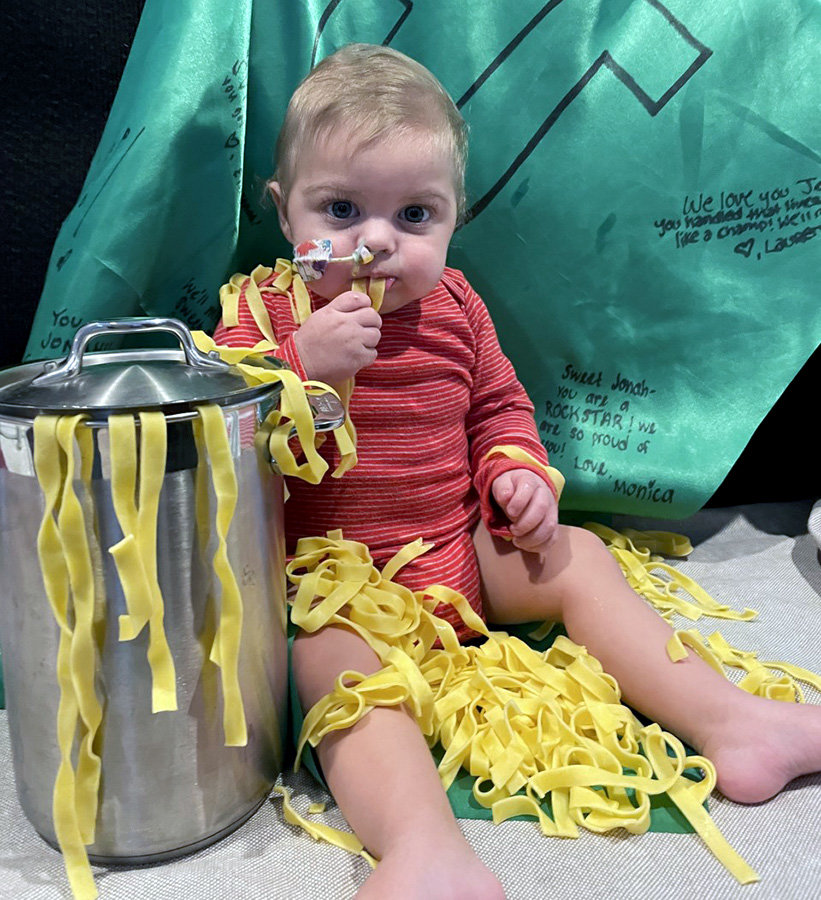 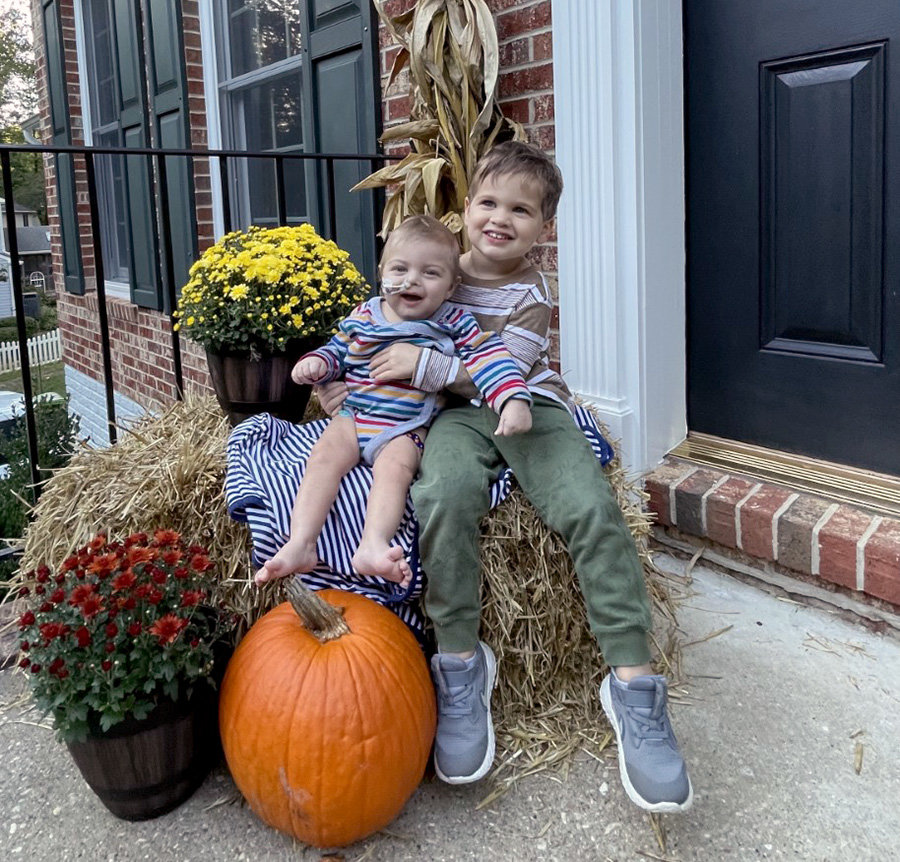 Having a sick child is every parent’s nightmare. Sean and Danielle Moore of Arnold were adjusting to life with a 2-year-old and an infant when that nightmare became their reality.

When their youngest son, Jonah, turned 2 months old, his parents noticed that he was starting to look yellow, become fussy and eat less. They brought these concerns to his doctor at his two-month checkup, and the nurses were immediately concerned by his color.

“Our pediatrician did an immediate blood test to check his bilirubin, and that tells you how much bile there is in your system,” Danielle said. “They told us right away that, ‘By the end of today, you're going to be in a hospital with some kind of surgery.’ We just didn't know what.”

After the whirlwind doctor appointment, Jonah was diagnosed with biliary atresia, an infant disease of the liver in which one or more bile ducts are damaged or missing, which affects one in 20,000 infants. There is currently no known cure or cause for biliary atresia, which can cause premature cirrhosis and organ failure.

“My husband and I say this all the time when we just have quiet moments where I can’t believe this is our life,” Danielle said. “You read about other families going through things, and you always say like ‘I can't imagine going through that,’ and then here we are.”

Jonah underwent a preliminary, preventive surgery. A common side effect of that procedure is infection, which Jonah encountered many times in his recovery. Each infection warranted a two-week hospital stay. Because of COVID restrictions, Sean and Danielle spent the entire summer splitting time between their two children.

“Sean and I pretty much were ships passing in the night,” Danielle said. “We did shifts, so we were still both able to see each of the kids separately and also get a night of sleep at home and not in a hospital bed or a cot.”

Their 2-year-old son, Caleb, also has to adjust to life with only one parent around most days.

“He has his own exciting milestones that he's only been able to have one parent at because the other one is in hospital with Jonah,” Danielle said. “He's had his fair share of sacrifices too.”

After Jonah’s third round of infection, the doctor ordered a biopsy and discovered that Jonah’s liver was deteriorating. Both of his parents were sent for testing to see if they would be match for a living transplant. Miraculously, both parents were a match.

“They did additional testing to kind of help us make a decision if one of us was better than the other from a health perspective, and because I'm just smaller than my husband,” Danielle said. “They would only need to take just shy of 14 percent of my liver to fit in Jonah.”

The family reached out to Children’s Organ Transplant Association (COTA,) an organization that organizes community fundraisers for transplant-related expenses. According to COTA, the average liver transplant costs $878,400. COTA has been integral in helping the Moore family with planning fundraisers.

On August 19, Danielle and Jonah underwent surgery at MedStar Georgetown Transplant Institute. Almost three months later, both mother and son are in recovery. While Danielle’s healing has been referred to as “miraculous” by her doctors, Jonah’s journey is far from over.

“Really the whole first year, you're focusing on making sure that you are finding the perfect balance of medications to ensure that your body doesn't reject the new origin,” Danielle said.

Jonah has a long road ahead of him, but in the meantime, the family is enjoying spending time together, a luxury they have not been afforded for many months. Danielle’s hope for Jonah is that he will grow to live a fulfilling life, accomplish his dreams and encourage others who are experiencing hard times.

“Our faith is really important to us,” Danielle said. “I pray that this journey that he is on encourages him through any test that he might face in the future, but also that his spirit encourages others around him to have hope, and that he uses this journey to promote that there is a reason he's going through this.”

Danielle has been documenting her family’s journey online at www.cotaforjonahsbajourney.com. The family is also hosting its second fundraiser hosted by the Foundation for Community Betterment. The event, Annapolis Bash, will be held November 6 at 7:00pm. For ticket details, visit https://www.flipcause.com/secure/event_step2/MTMxNDUw/133287