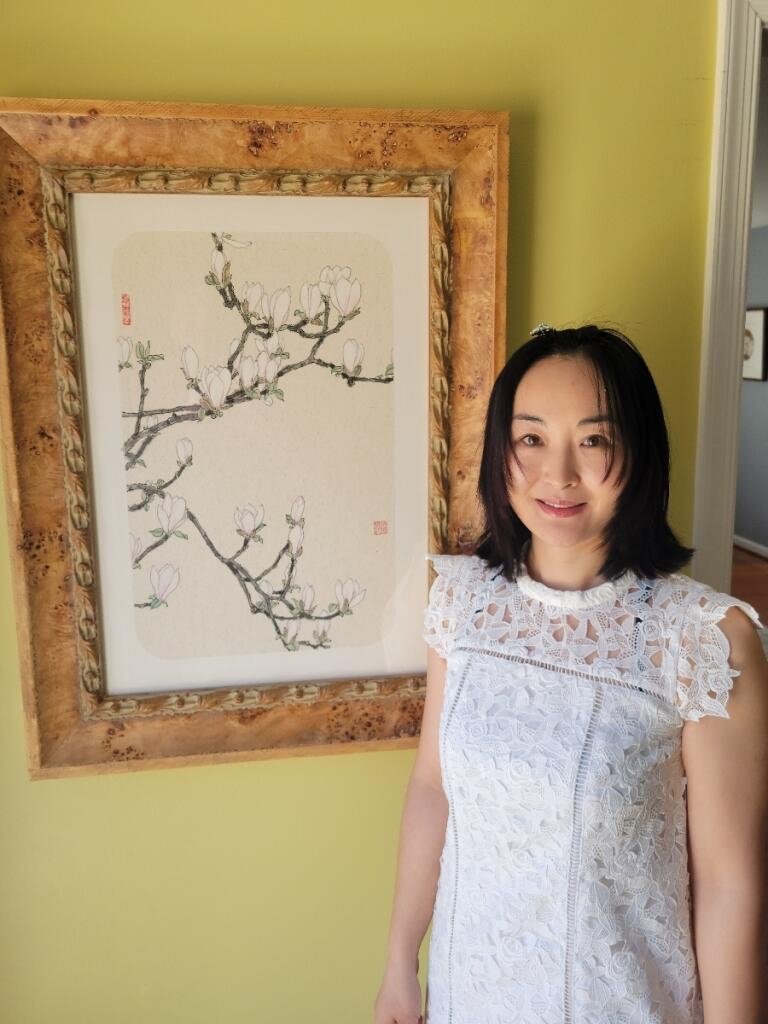 Pearl Shen often creates artwork based on common Chinese iconography such as flowers and landscapes.
Photo by Conor Doherty 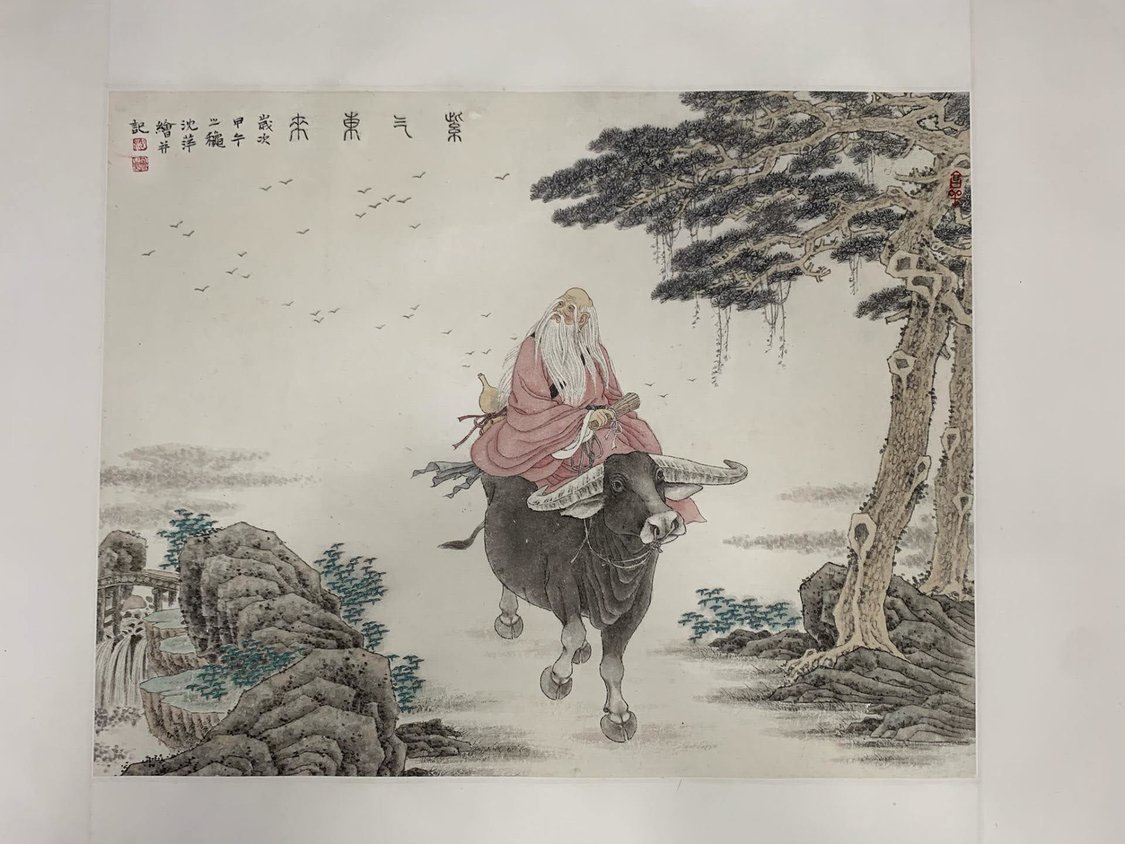 “A Propitious Omen is Approaching” was made by colors on rice paper.
Photos Provided 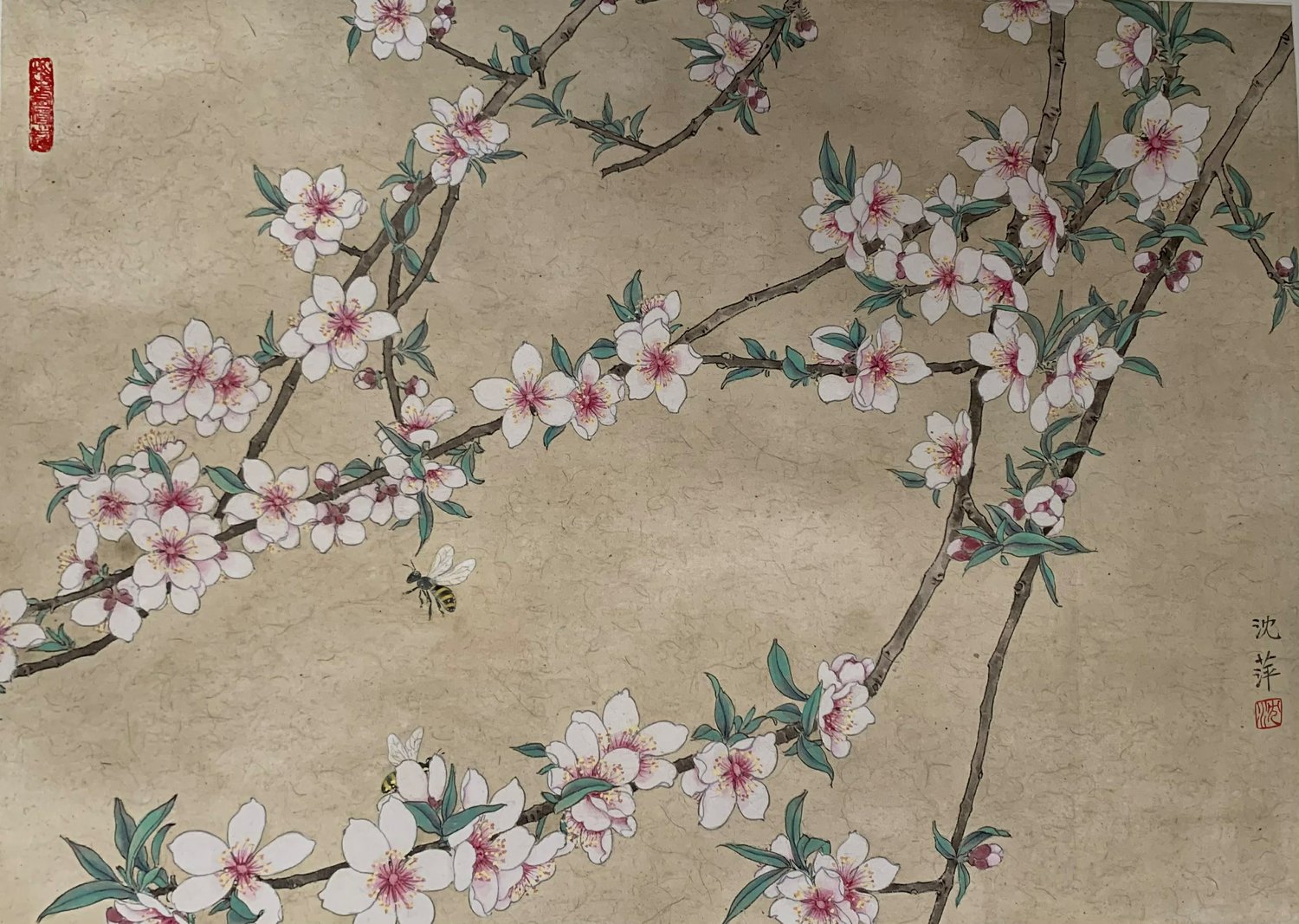 “Apple Blossoms” was made with colors on rice paper.
Photos Provided 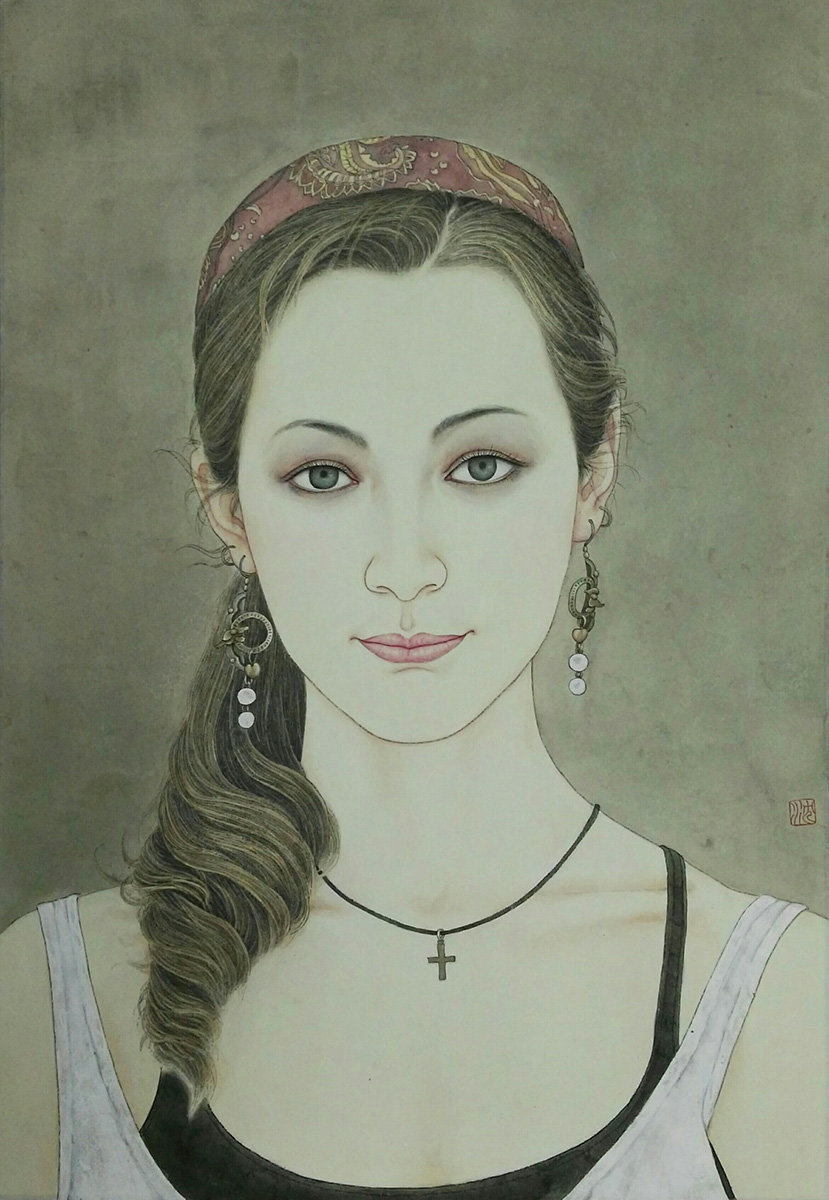 “A Friend Portrait” was made with colors on rice paper.
Photos Provided 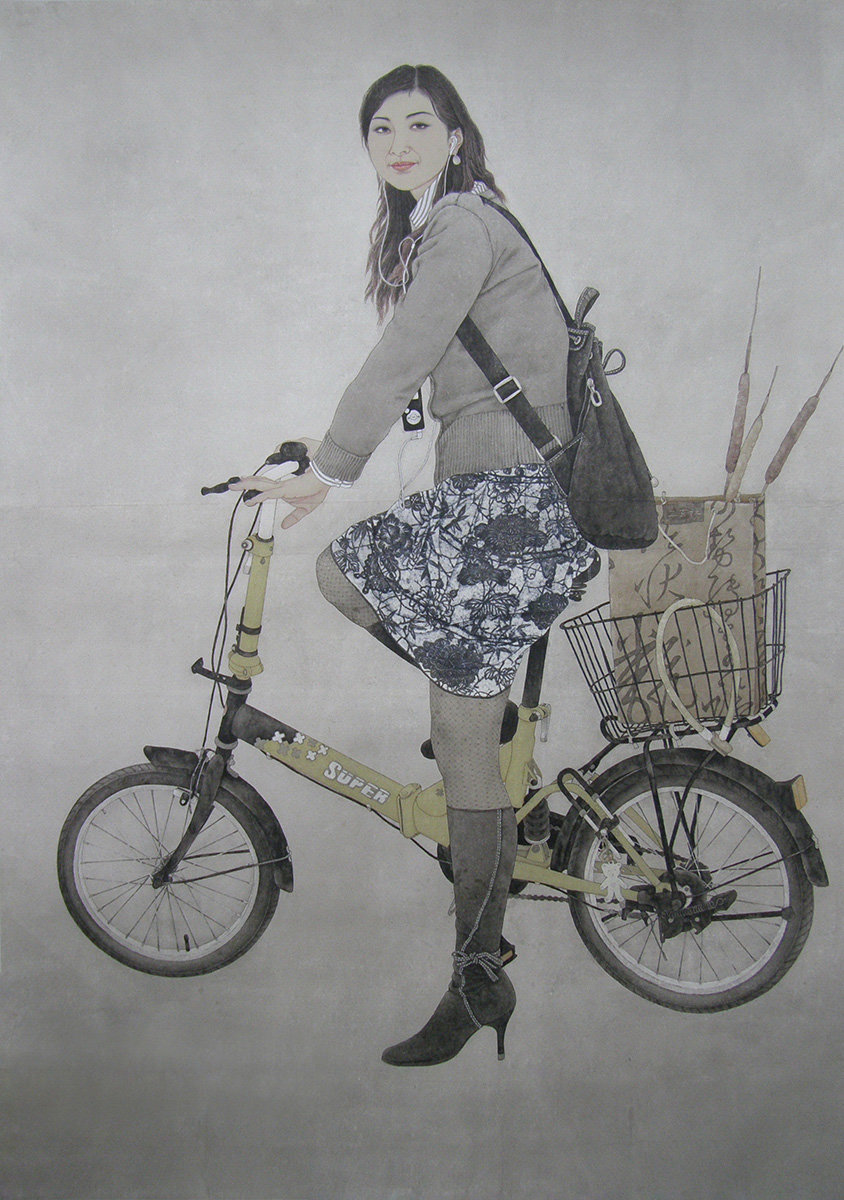 If you are traveling through BWI Airport in the next month, be on the lookout for new art being displayed. The artwork is part of a solo exhibit by Shipley’s Choice resident Pearl Shen, with the exhibit curated by Jack Rasmussen, director and curator of the American University Museum at the Katzen Arts Center in Washington, D.C.

The exhibit will consist of 14 works created by Shen, with some of them utilizing Gongbi watercolor, a new art form for people in this area to see.

Born and raised in the Chinese city of Hefei in the province of Anhui, Shen grew up loving art, drawing on whatever surface she could find.

“When I was young, I liked to draw everywhere, on the wall and on the floor of my home,” she said. “I would even carve drawings on the wood desks at school. When we learned different art styles, I liked to practice a lot at home.”

Shen first came to the U.S. in 2010, having been granted an extraordinary green card, and just two years later, had her first solo exhibit — held at the Foundry Gallery in Washington, D.C. — before fully immigrating in 2014. Since then, she has received several awards for her artwork, including “Best in Show” for her piece titled “Early Autumn” at the “Less is More: Small Works in a Great Space” exhibition held at St. John’s College in 2013 and the 2019 Maryland State Arts Council’s Individual Artist Award.

Since arriving stateside, she has continued to improve her craft, taking classes at Montgomery Community College and the Maryland Institute College of Art.

Specializing primarily in the watercolor and oil painting techniques, Shen often creates artwork based on common Chinese iconography such as flowers and landscapes.

“I want people to feel peaceful, clear their mind and have some joy in that moment when looking at my art,” she explained. “My painting has a lot of roots in ancient Chinese paintings, from the Tang Dynasty to the Shang Dynasty.

“Ancient Chinese liked to draw using a lot of layers of color. It’s a big difference compared to contemporary watercolor, which has layers but not as many. When you want to get a very bright color in one place, you have to use a lot of very thin paint layers. Despite that, you can see through the paint. When you look at the painting, look at that area, it is breathable, light and feels airy.”

Shen’s exhibit at BWI is free to visit and is located near Security Checkpoint D/E and is pre-security. A reception for the exhibit will be held on Thursday, April 21, from 3:00pm to 5:00pm. Maryland First Lady Yumi Hogan and BWI CEO Ricky Smith will attend, along with members of the Maryland and Anne Arundel art councils. The exhibit will continue to be on display until May 27.