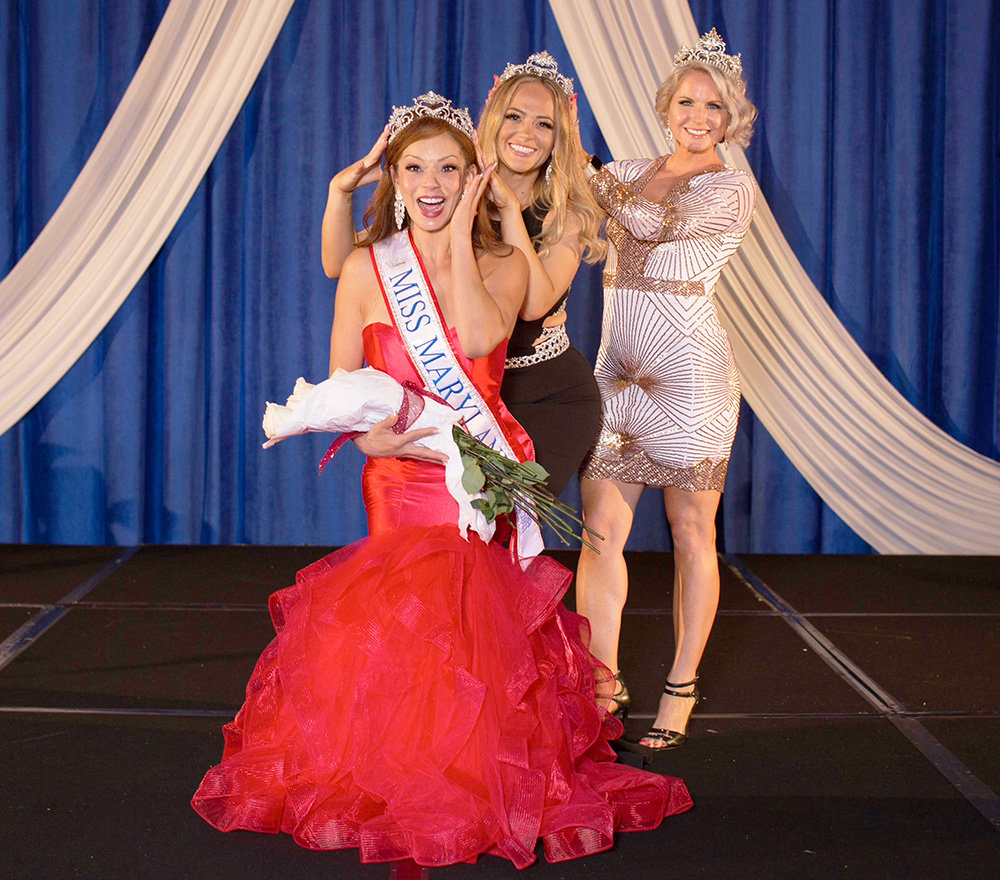 Aziza Howard is so much more than a beauty queen. The Severna Park resident and Queen of the World (QOW) 2022 Ms. Maryland titleholder is also a United States Army combat veteran. Howard served from 2006 to 2014 with multiple deployments and unique assignments.

“It is my proudest achievement serving in the United States Army as an airborne special operation soldier,” said Howard. “As one of the toughest jobs out there, let alone one of the most strenuous jobs in the Army, it requires willpower, integrity and an unwavering commitment to selfless service.”

Howard shared that her Army assignments were reserved for the most elite soldiers.

“As a female soldier in a combat unit, I had to work twice as hard, including ignoring intimidation and the naysayers,” Howard said.

Howard was deployed to the combat zone, earning a Combat Action Badge. In 2022, she was inducted into the Military Women’s Memorial Museum Repository in Arlington, Virginia, under the HERstory Collection, which honors and explores the lived experiences of women veterans through American history.

So how did an Army veteran get her start with pageantry? Three years ago and at the age of 41, Howard met Maria Beall — a former Mrs. Virginia — who proposed the idea.

“I felt flattered, but I really didn’t think I could do it,” Howard said. “I was a tomboy most of my life, and I was no longer in my 20s.”

Beall explained that there was more to pageantry than what we see on television. There are so many divisions and systems for every age group, where accomplished women can inspire, shine and give back. Her coach assured Howard she could envision her on a national stage, and she was right. Beall soon became Howard’s coach.

“During my time under her mentorship, I learned about fashion, how a pageant queen stands, walks, waves and talks,” Howard shared.

On Howard’s journey to Ms. Maryland, she had to first earn a local city title, raise funds and build a platform and community support for her respective cause. As a contestant, she was required to participate in the following competitions: interview, swimwear and evening gown, with photogenic, fashion, ambassador, community service and print model competitions being optional. Additionally, Howard had to fulfill at least one week of rehearsal.

“I was Miss Annapolis for America and my advocacy has been wounded veterans,” Howard said. “Winning Miss Maryland for America was a big surprise as winners are rarely first-timers.”

With her day job, she continues her commitment by holding a career within the public sector as an analyst. Howard likes that she still gets to be around military personnel and make a difference in soldiers' lives by offering guidance, on-the-job training, and leadership support. It also affords Howard the opportunity to continue with her passion of assisting veterans, particularly female veterans, as well as her charitable work on behalf of Wounded Warrior Project (WWP).

“I want my story to inspire every woman, in particular female veterans, to pursue their path to greatness, whether that is achieving their vision of the American dream or in respect to any other endeavor,” Howard said.

As Ms. Maryland, Howard will compete for the crown of Ms. Queen of the World 2023.