Behind The Curtain With Annabelle Cotton 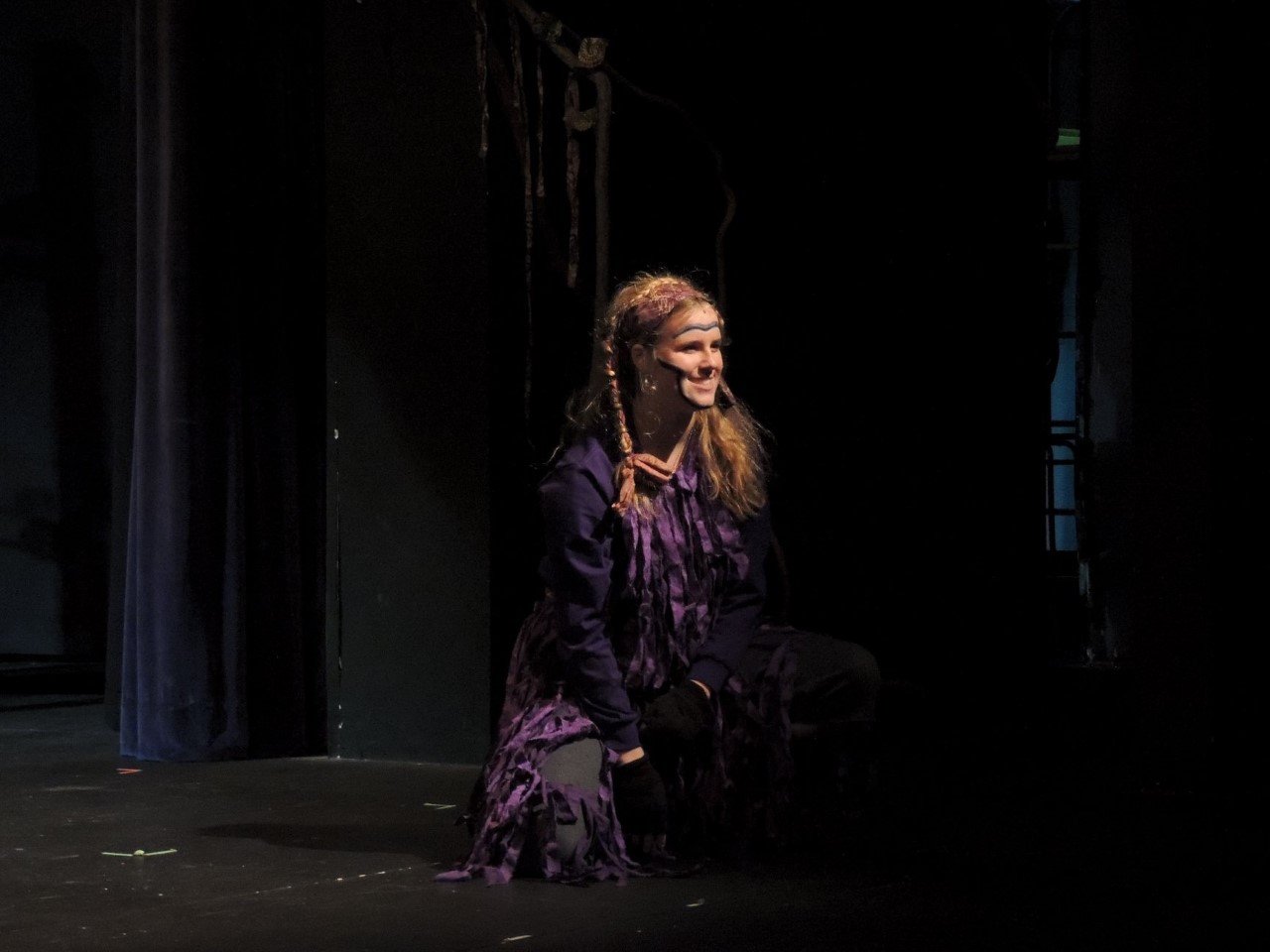 Annabelle Cotton is always looking to find the complexities and nuances in a character.
Posted Wednesday, August 5, 2020 11:22 am

A 2020 graduate of Severna Park High School, Annabelle Cotton was awarded a scholarship from the Children’s Theatre of Annapolis this summer. The actress most recently played the role of Kala in CTA's 2019 production of “Tarzan.”

Q: You’ve been with CTA since 2014. What inspired you to get into acting?

A: I’ve always been a pretty energetic person, so when I broke my foot in fifth grade and couldn’t play sports anymore, my mom brought me to a theater camp. I played Miss Hannigan in “Annie” and I’ve loved it ever since.

Q: What do you like most about the craft?

A: I’m a very curious person and I love learning what makes people the way they are. Acting is a way of literally stepping into someone else’s shoes and finding their reasons. You are handed a script, but it is up to you, so look in between the lines to find the complexities and nuances in a character. It’s also fun to pretend like you’re someone else for a day. It never gets boring.

Q: Have you had a favorite or most rewarding role and why?

A: While Kala was my favorite role, another one that I loved was Wendy in “Peter Pan.” The experience of flying was so cool, and it was a different type of role than I had played previously.

Q: Can you talk about both the challenging and fun aspects of playing Kala in the “Tarzan” show?

A: Kala was definitely the most difficult role I have ever played, both physically and mentally. The show itself was a complete body workout between the climbing, dancing and fighting. It definitely took a few tough gym days to get the stamina for the two show days, but after it, I feel like I could do anything. The role itself was one of the most beautiful parts I’ve ever played. The music was incredible and getting to sing the cannon “You’ll be in My Heart,” “Son of Man” and other duets with the best cast members meant a lot to me. The acting was the most challenging and my favorite. The script is full of comedy, love and a lot of tears. After 2.5 hours, I was a tear-stained mess, but it was so rewarding.

Q: What does it mean to you personally to earn a CTA scholarship?

A: CTA has been a huge part of my life since I was younger. I looked up to the seniors since sixth grade and I always wanted to be like them. Earning the scholarship means so much because it makes me feel complete in a strange way. CTA helped guide me into the person I am today and I’m so grateful to them.

Q: How will your time at CTA shape your goals going forward?

A: Because of CTA, I know how to communicate, build relationships, cope through struggles, and always look for the silver lining. I will bring that with me every day. They also told me to know what I’m capable of, and to not stop until I achieve what I want. Oh yeah, and to do a jazz square. They did teach me that too.