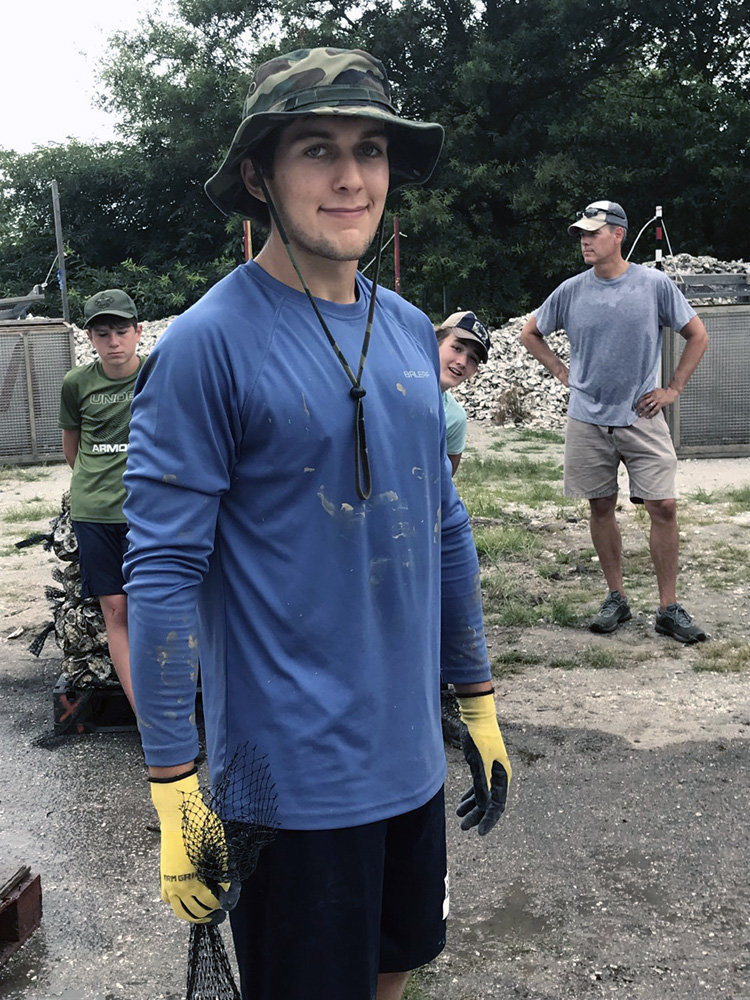 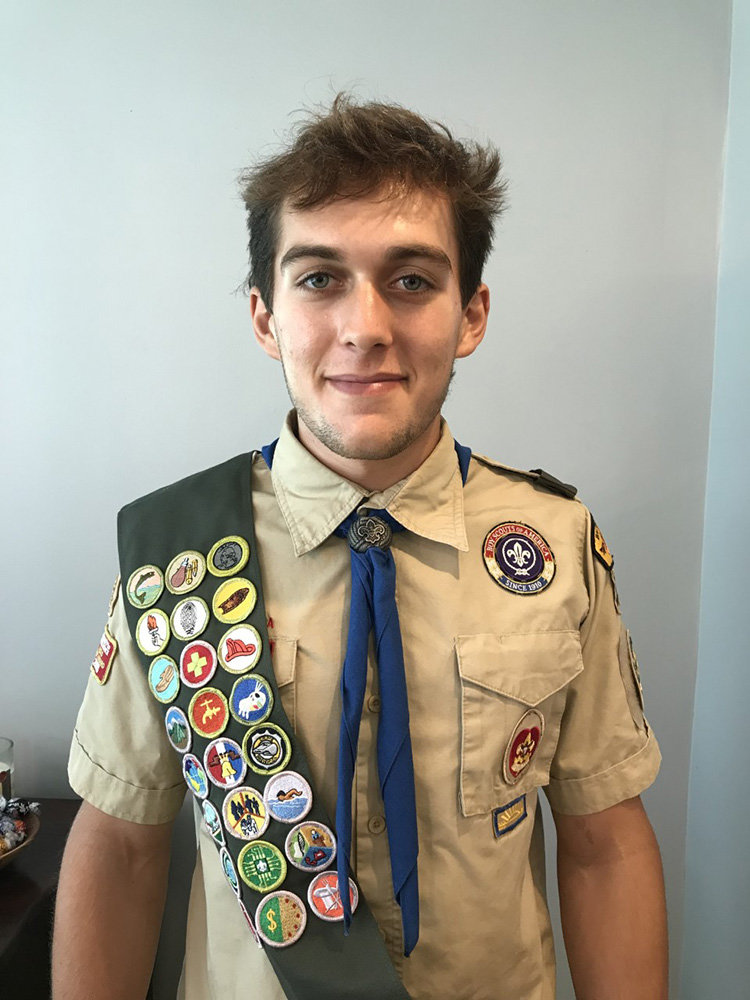 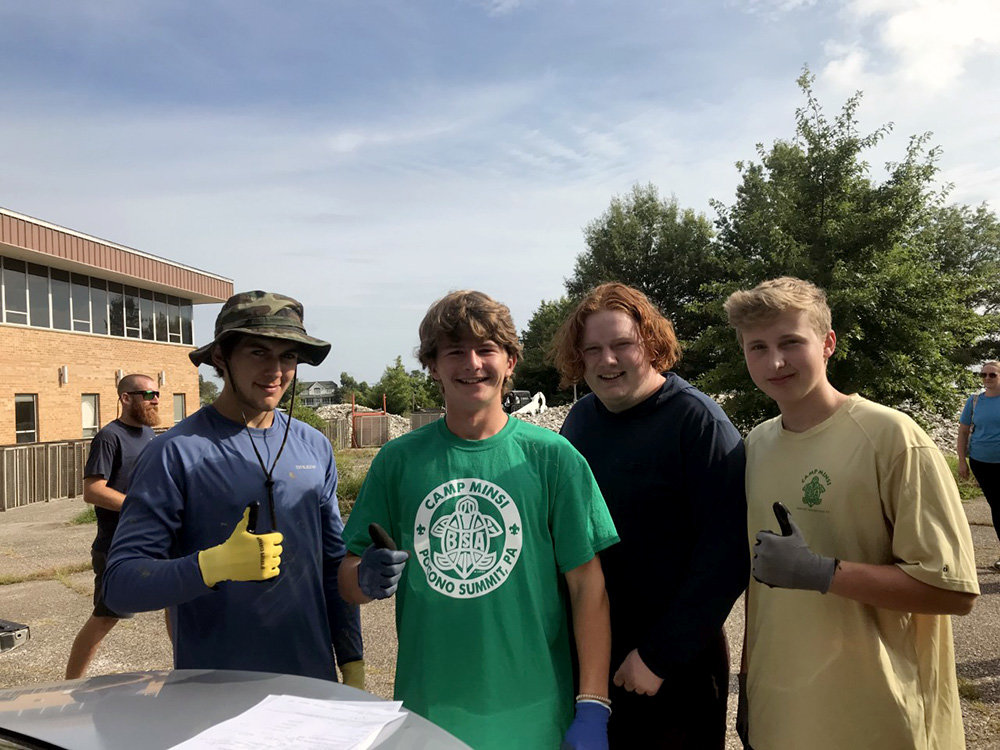 A group of volunteers helped Addison Garrett and the Chesapeake Bay Foundation bag over 250 oysters to be distributed into the bay.
Photos Provided 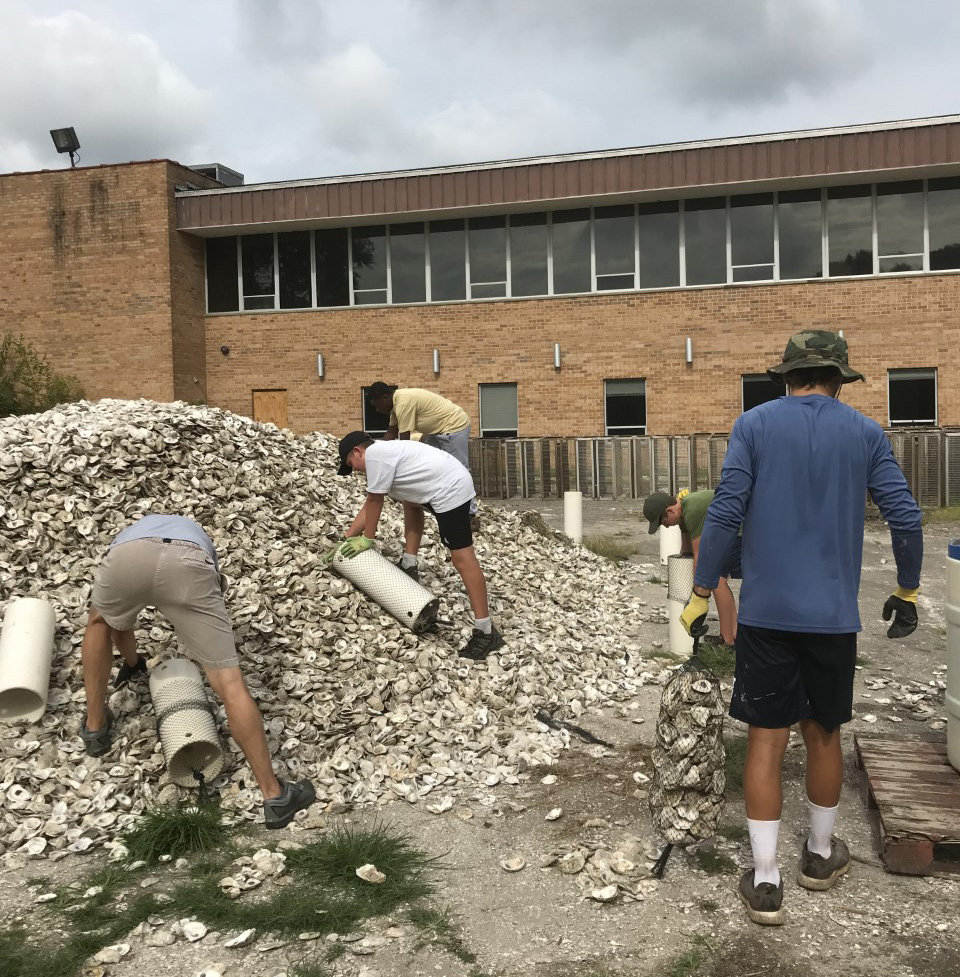 A group of volunteers helped Addison Garrett and the Chesapeake Bay Foundation bag over 250 oysters to be distributed into the bay.
Photos Provided
Previous Next
Posted Wednesday, September 8, 2021 1:38 pm
By Haley Weisgerber

Addison Garrett, a Severna Park High School senior, is the newest member of Boy Scout Troop 450 to complete his Eagle Scout project. Garrett joined Troop 450, which operates out of St. John the Evangelist Roman Catholic Church, when he was in the sixth grade. Last year, when it came time to start his Eagle project, Garrett knew he wanted to incorporate his love for the Chesapeake Bay.

“I love the bay and everything it provides me and my community,” said Garrett. “I wanted there to be a way for me to give back to the resource that we use so constantly.”

Garrett and his mother, Marianne, set up a GoFundMe page to raise the money needed to complete his project. He raised $1,050, which was more than enough to complete the project.

“We exceeded the minimum amount I would need to actually accomplish the project,” said Garrett. “All of it went to the Chesapeake Bay Foundation.”

He is grateful that so many people took an interest in his project and in the well-being of the Chesapeake Bay.

“It was amazing to see all the people on my GoFundMe page, especially family and friends that I haven't seen in a while,” said Garrett.

When he began planning in the fall of 2020, Garrett said COVID restrictions were limiting.

“The most difficult part was probably figuring out all the logistics,” said Garrett. “Especially in the earlier planning stages with COVID restrictions, that was the most intense part. Thankfully it loosened up closer to the project.”

Thankfully, he was able to complete the project outside with a group of about 15 volunteers alongside the Chesapeake Bay Foundation representatives on August 7, 2021. The group formed an assembly line. Some people put the oysters in bags, and others fastened the bags. Garrett’s goal was to bag 200 oysters, and by the end of the day, he had exceeded his goal by over 50.

“Just seeing everyone come together for a common goal and knowing that it was benefiting the bay, which I just have so much passion for, was great,” said Garrett.

Garrett said he learned a lot of the Chesapeake Bay and about himself during this process.

“One big thing that I learned was patience,” said Garrett. “Patience with myself, other people and just the situation you're in. Because this was a leadership opportunity and that's something I definitely had to consider.”