Brad Dulin Has A Ball With Soccer Success 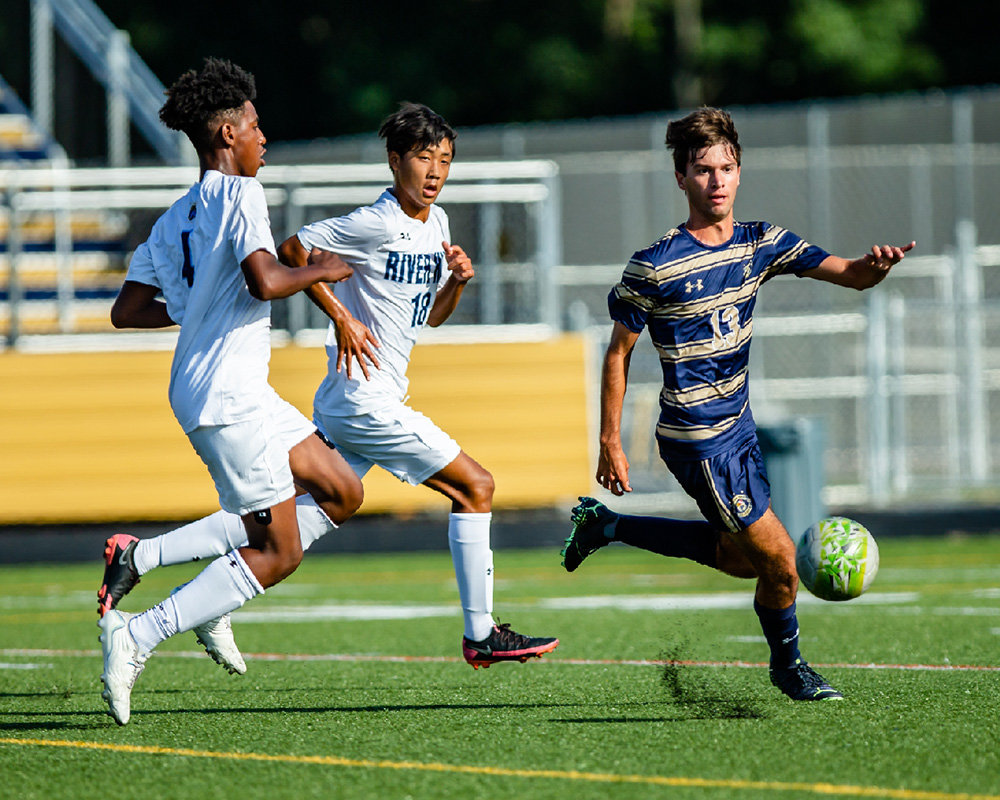 While playing midfielder and striker for the Falcons in 2022, Brad Dulin led the team with 16 goals and eight assists.
Photo courtesy of Fincham Photography
Posted Thursday, January 19, 2023 12:00 pm
By Zach Sparks l zach@severnaparkvoice.com

It was quite the haul of awards for Severna Park High School senior Brad Dulin, who played his first and only year of high school soccer in 2022 after playing club soccer his entire childhood.

“I wanted to contribute and move the team further along,” said Dulin, whose previous year-round commitment to Baltimore Armour Soccer Academy and MLS Next precluded him from playing high school soccer.

Dulin joined a Falcons squad that advanced to the state semifinals in 2021. After playing right back, left back and defensive midfield for Baltimore Armour, he played midfield and striker for Severna Park in 2022. He led the team with 16 goals and eight assists, as the team finished 17-3 and reached the Class 4A state championship game for the first time since 2017.

Along the way, Dulin had several memorable moments, including a hat trick against previously unbeaten South River and an overtime game-winning goal against Arundel.

In the playoffs, he scored the Falcons’ only offensive goal in a 2-0 state regional win against South River. He assisted both goals in the 2-1 win against Montgomery Blair in the state semifinals.

His stats were a product of the hard work he put in each day, hard work that teammate Andrew Handen witnessed.

“He also really cared about the team and wanted to make the bonds that a lot of us had made playing the years prior,” Handen said. “He really wanted to connect with the guys and make our team a close-knit group.”

Some of Dulin’s favorite activities were off the field: team dinners, breakfasts, bowling, and disc golf with teammates.

“I’m just really happy we were able to maximize our season,” Dulin said.

Next fall, Dulin will join a soccer squad at Washington and Lee University that went 16-3-4 last year. He is considering a double major in computer science and mathematics.

“It’s a combination of a good academic school with a competitive soccer team,” he said. “I get to continue to play a sport I love playing.”

Dulin’s soccer journey will continue at the next level, but for those who are just beginning, he had this advice: just play.

“You don’t need to grind in the beginning,” he said. “Get as many touches on the ball as you can. Soccer has taught me so much. For example, maybe sometimes you are stuck on a bench. It teaches you adversity.”

Those lessons are among the many gifts that Dulin has received while playing soccer. The awards, too, have been unexpected and appreciated, but Dulin does not play for recognition.

“When I play soccer, it’s definitely an escape from everything else,” he said.