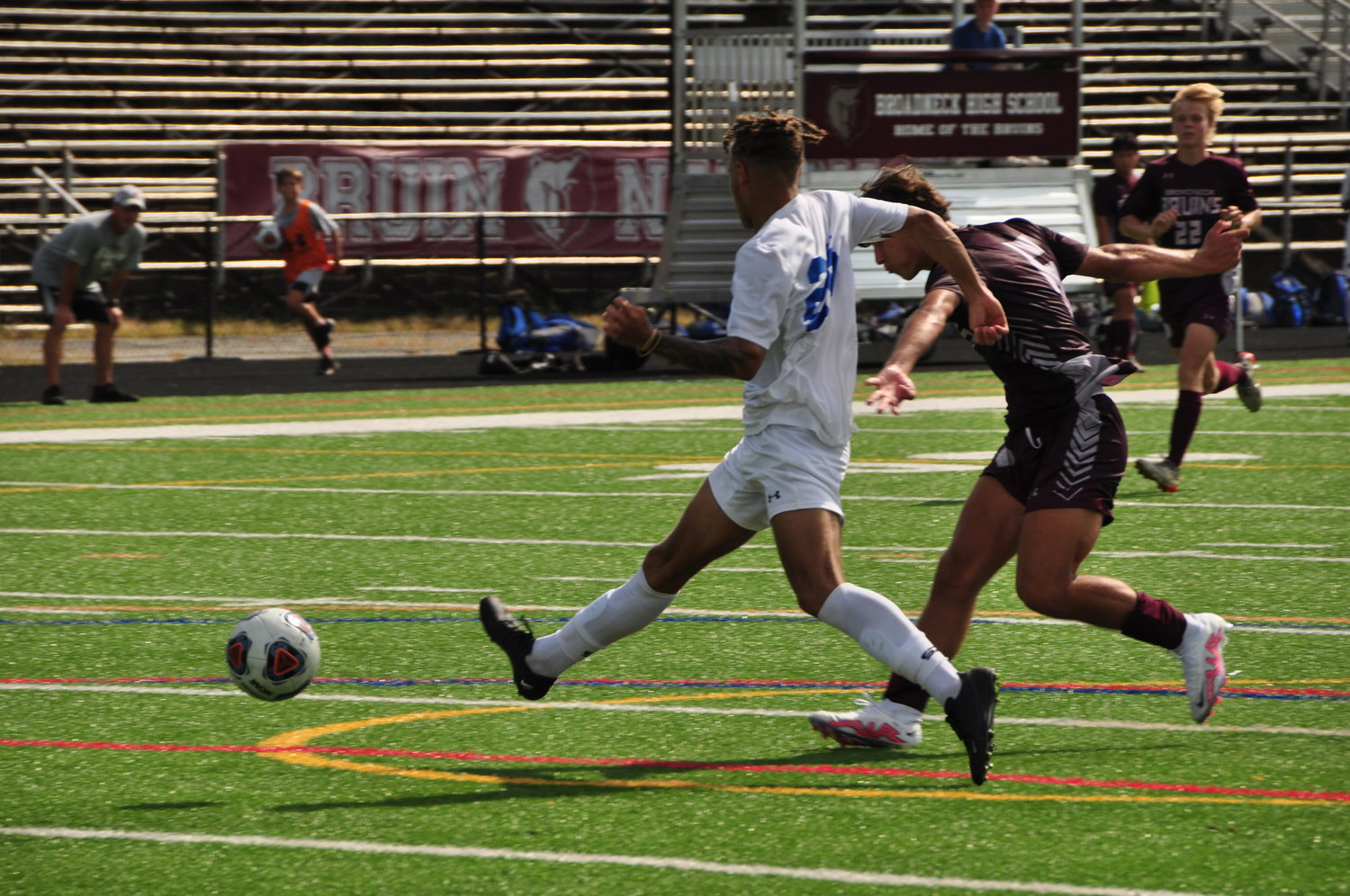 Riley Erbe (right) took a shot at the goal as a Calvert defender attempted a block. Erbe would score on this shot to extend Broadneck’s lead.
Photos by Conor Doherty 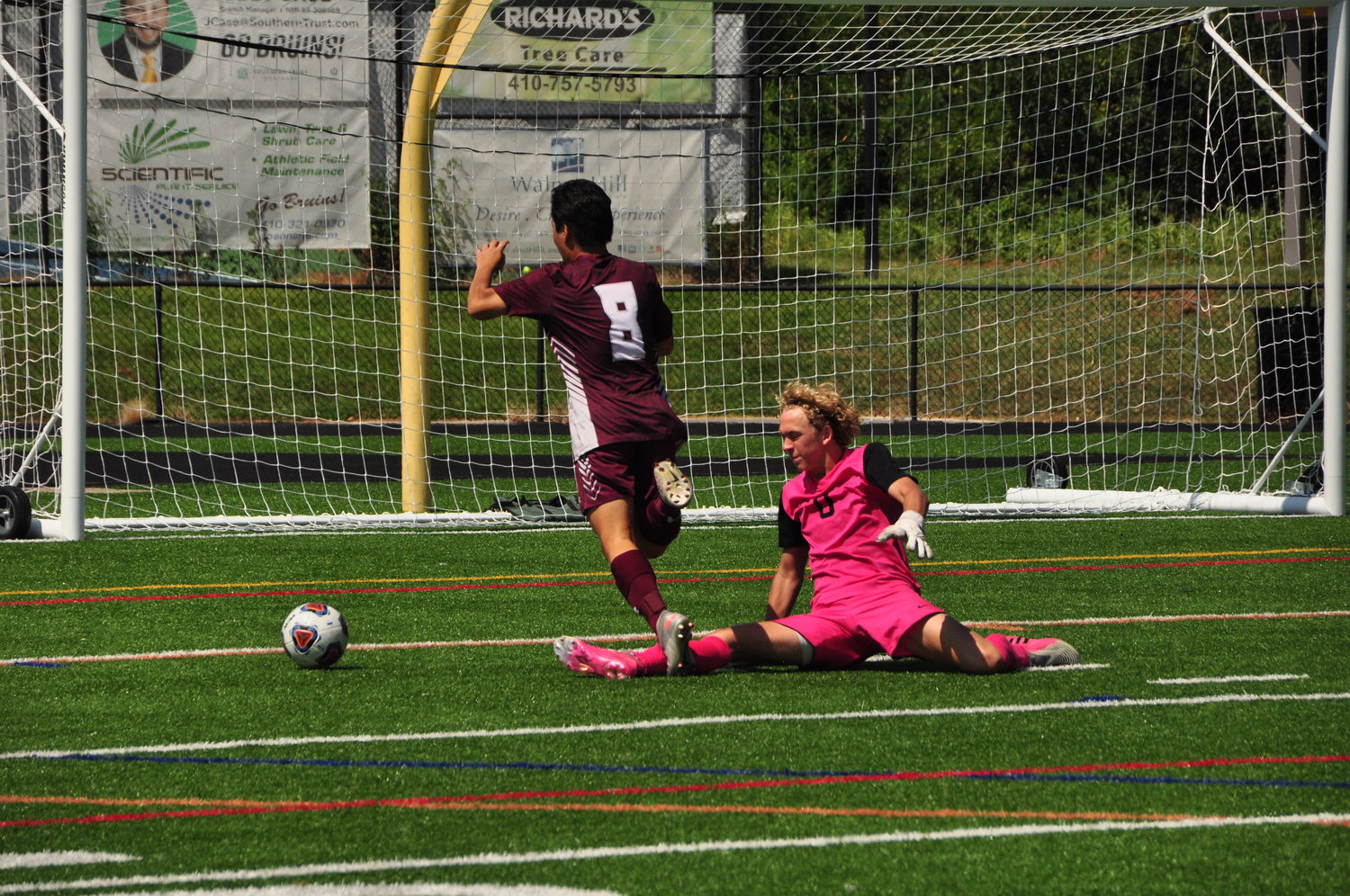 Sam Myers dodged past the North Caroline goalie and scored an easy goal.
Photos by Conor Doherty
Previous Next
Posted Tuesday, September 6, 2022 9:14 am
By Conor Doherty

The 2022 season is off to a great start for the Broadneck Bruins boys soccer team. They won both of their games, 3-0 over Calvert and 9-0 over North Caroline, in the Bruins Holiday Invitational on September 3 at Lawrence E. Knight Stadium.

Both teams played well defensively in the first game as neither team was able to score until senior Jaden Smith made a great crossing pass in front of the net to Will Epley, who put it away for the game’s first goal. Calvert’s goalie was able to keep the Bruins out of the net on several occasions, including two saves made at point-blank range off a corner kick. But the Bruins put away the game in the second half with goals by Riley Erbe and Ethan Colon off a corner kick from Erbe.

In the second game, goals were easier to come by for the Bruins. Sam Pertz scored less than a minute into the game while Dylan Thompson had two unassisted goals in which he made great moves to get around the goalie for the score. The Bruins had different lineups for each game, allowing players to get valuable playing time and give head coach Sean Tettemer a chance to see where the team is as a unit.

“It was really important for us to really try to play the way we want to,” Tettemer said. “We tried to match the intensity from the first game to the second, try and come out and start developing some consistency. And I was happy with that. We’re right where we want to be. We’re still trying to improve each day. We’re still working on combinations. Our goals are real broad right now, and then as we get into our season, we’ll try to make them a bit fine and more definitive and hopefully we can accomplish those goals.”

The Bruins play their next game on Wednesday, September 7.