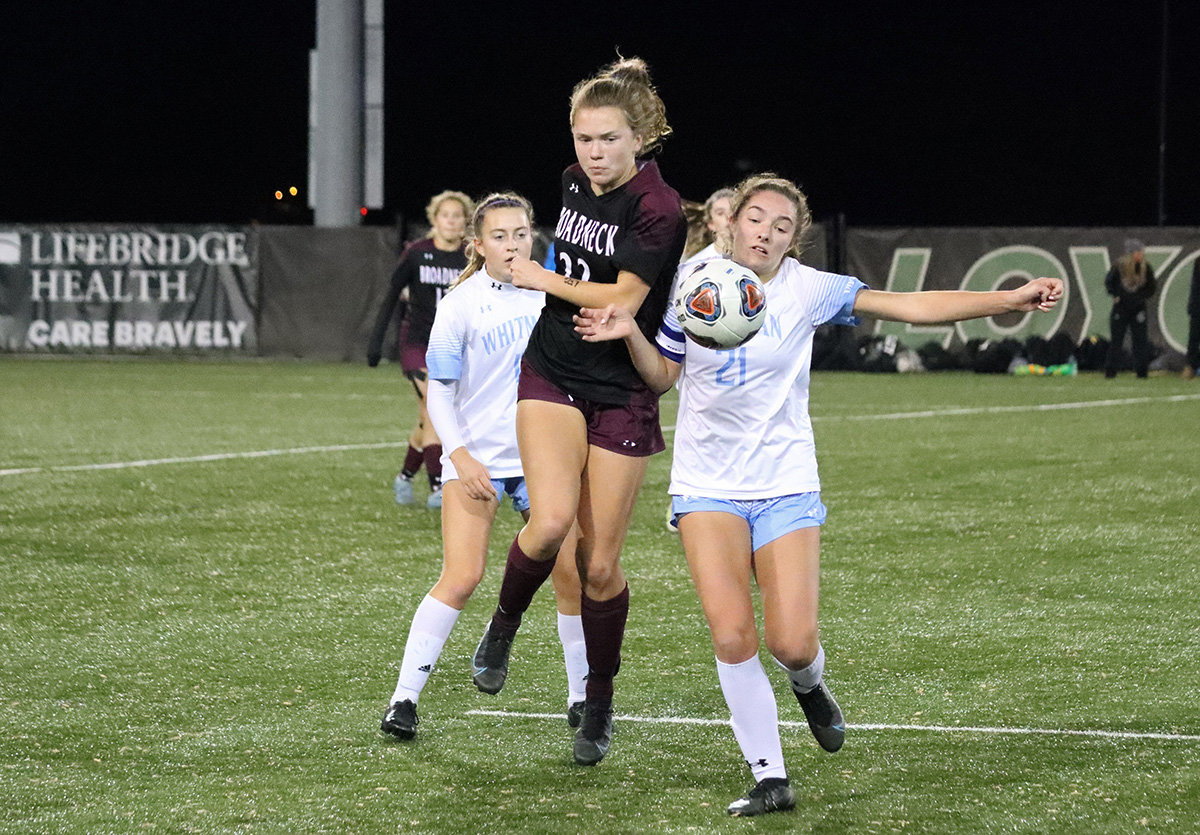 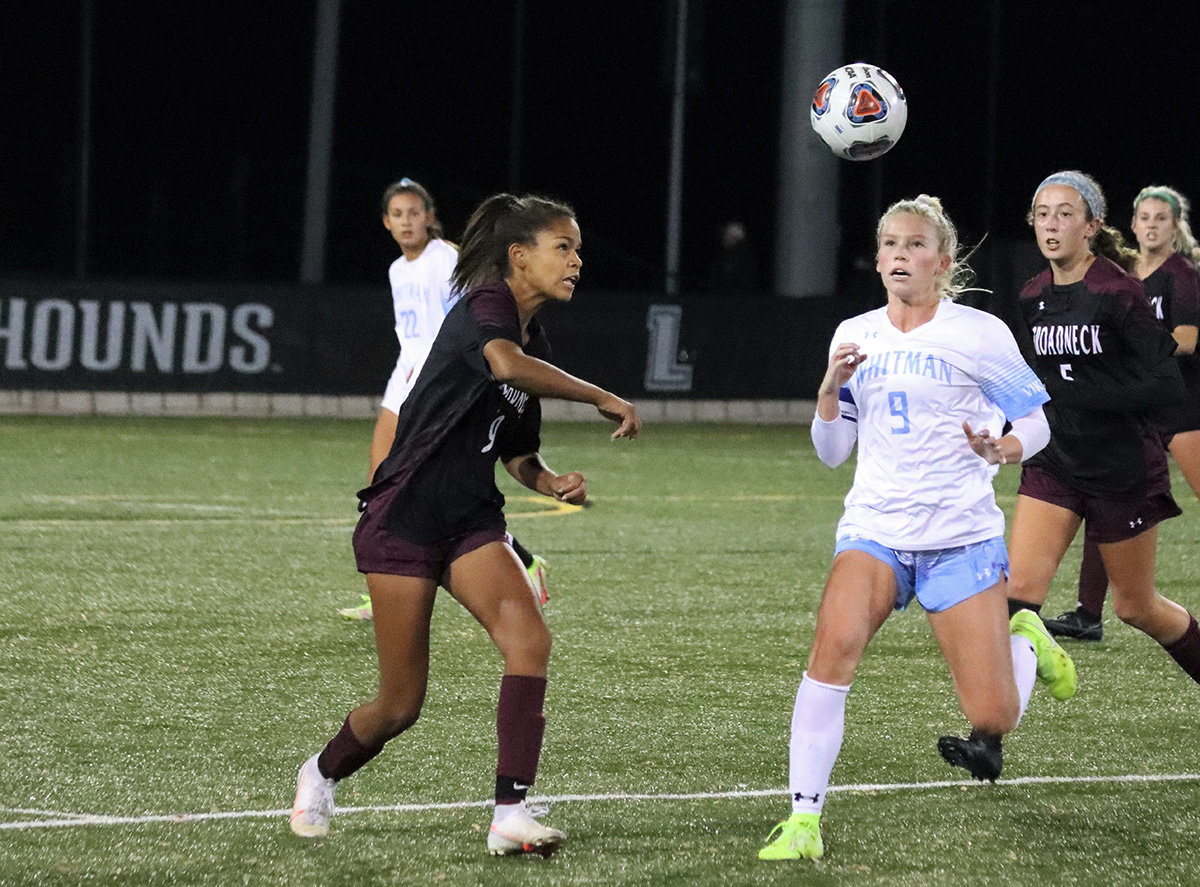 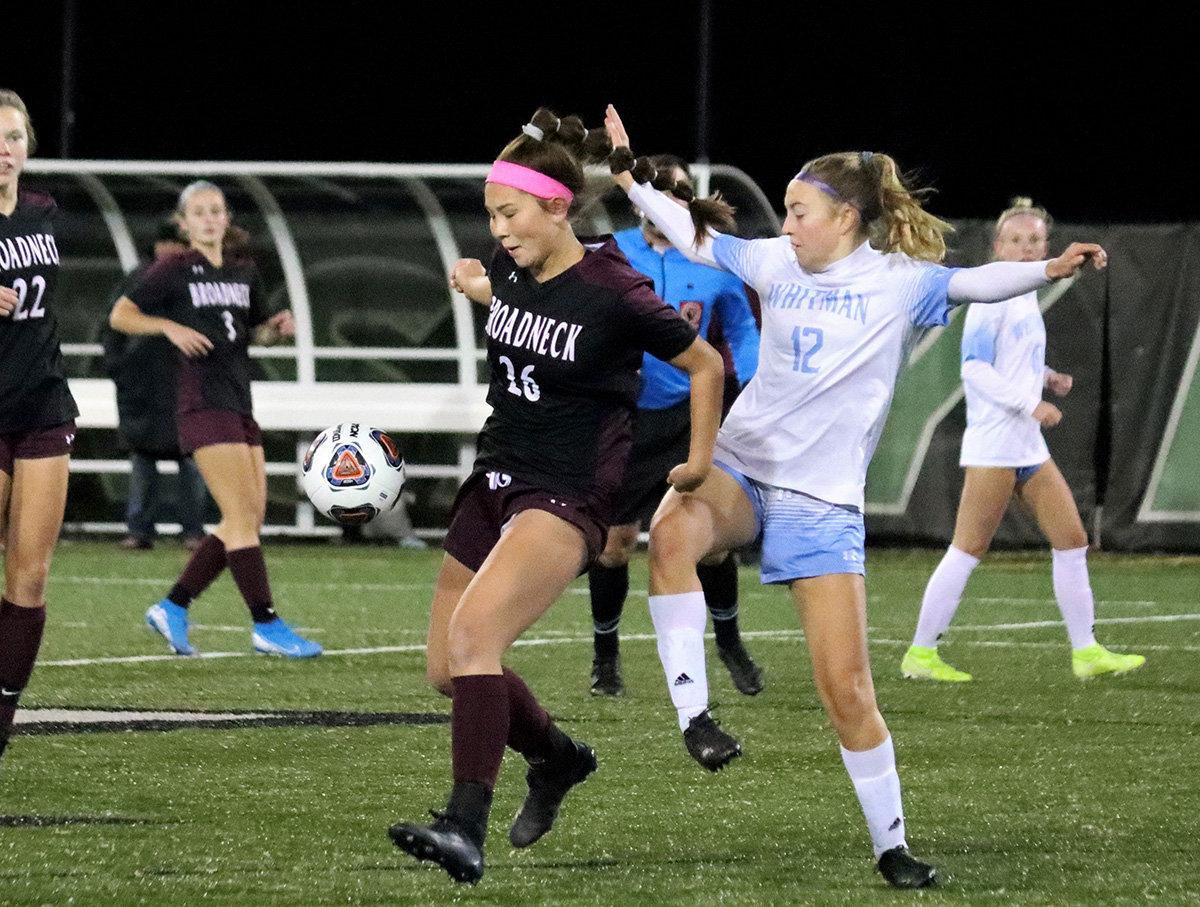 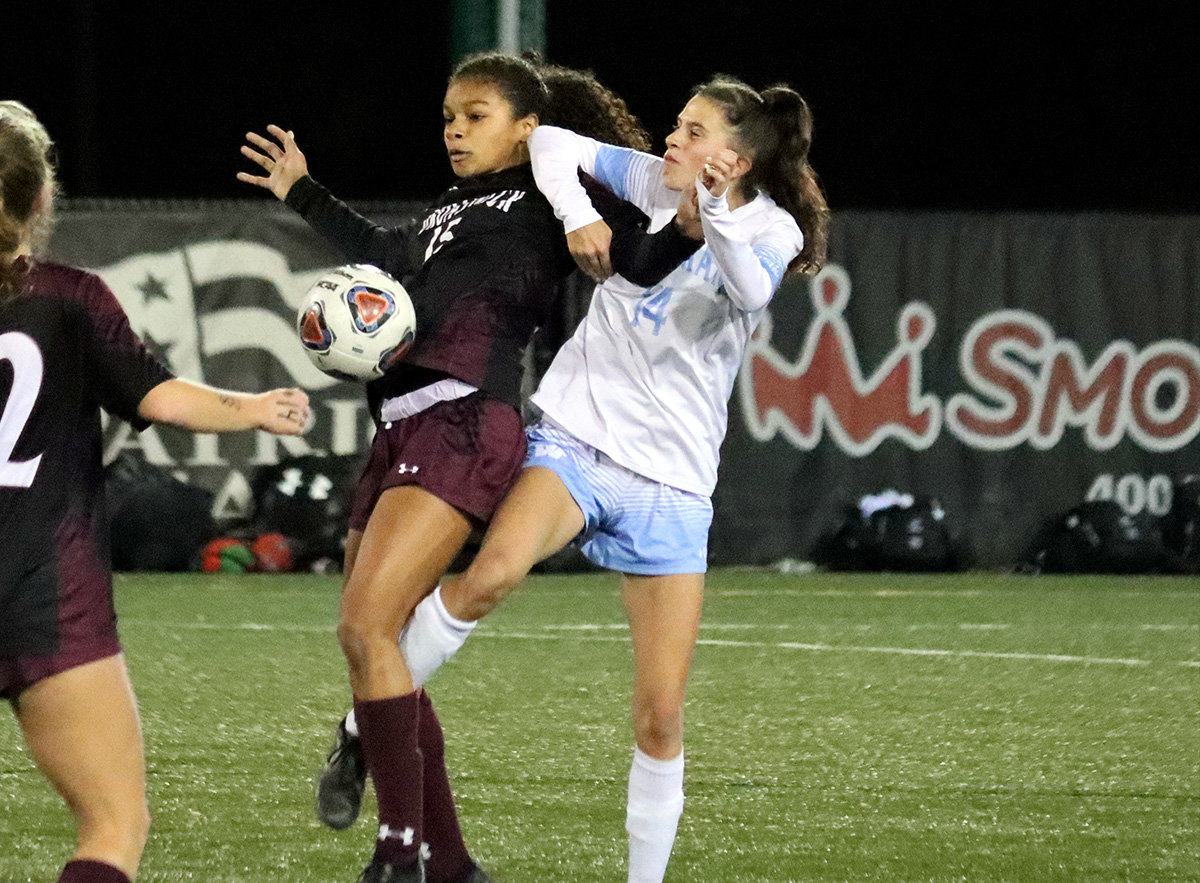 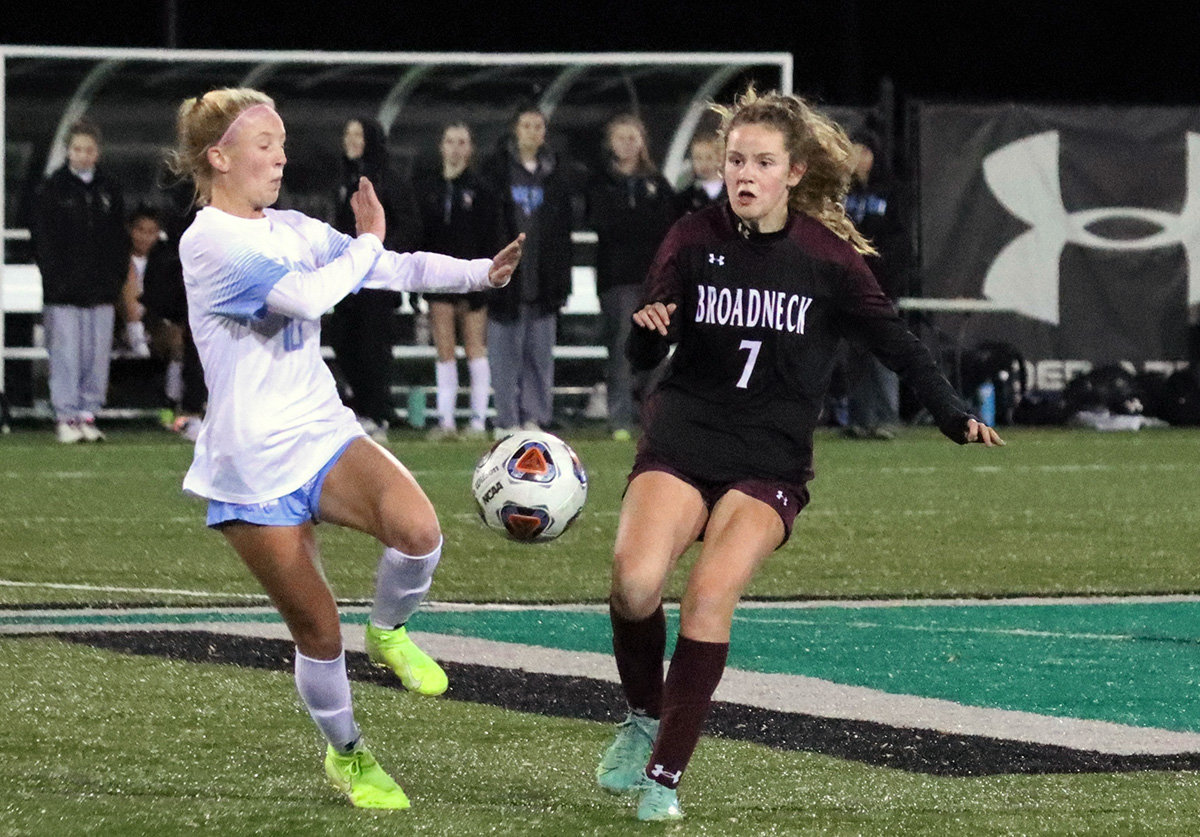 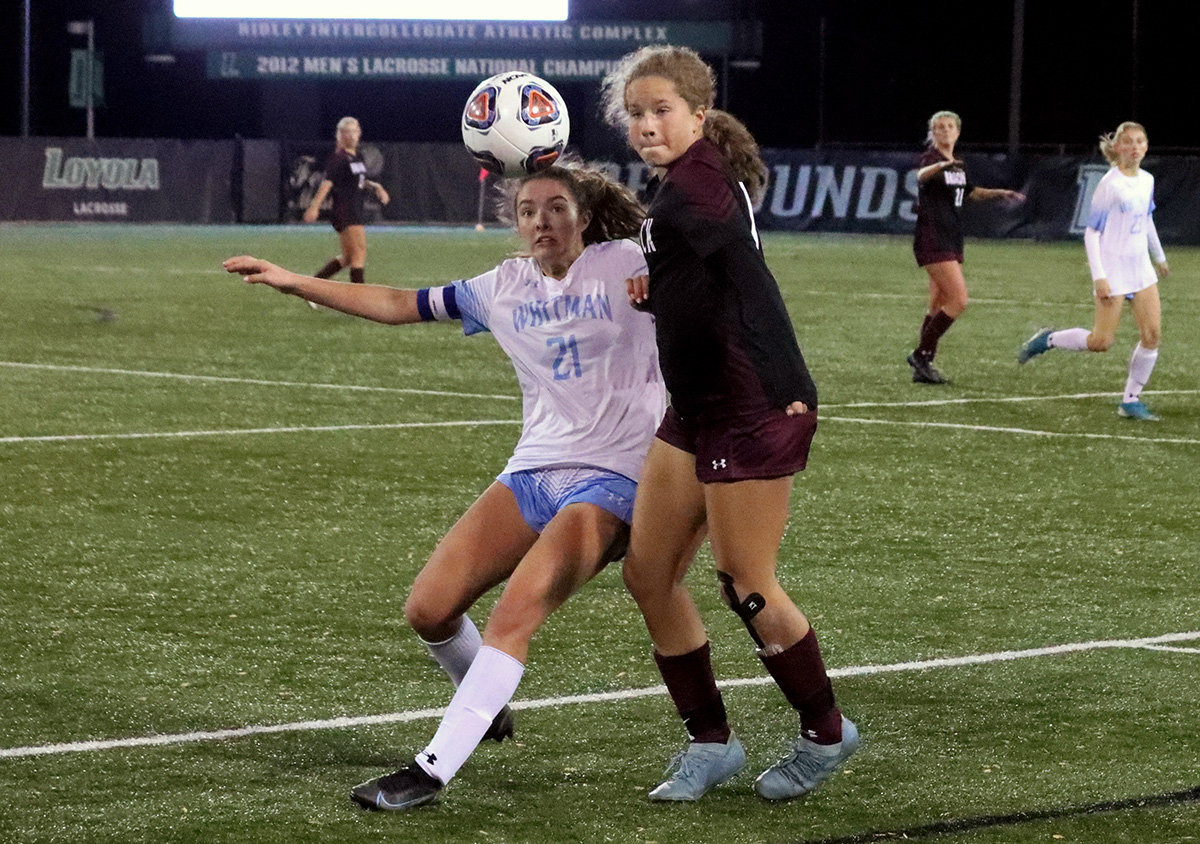 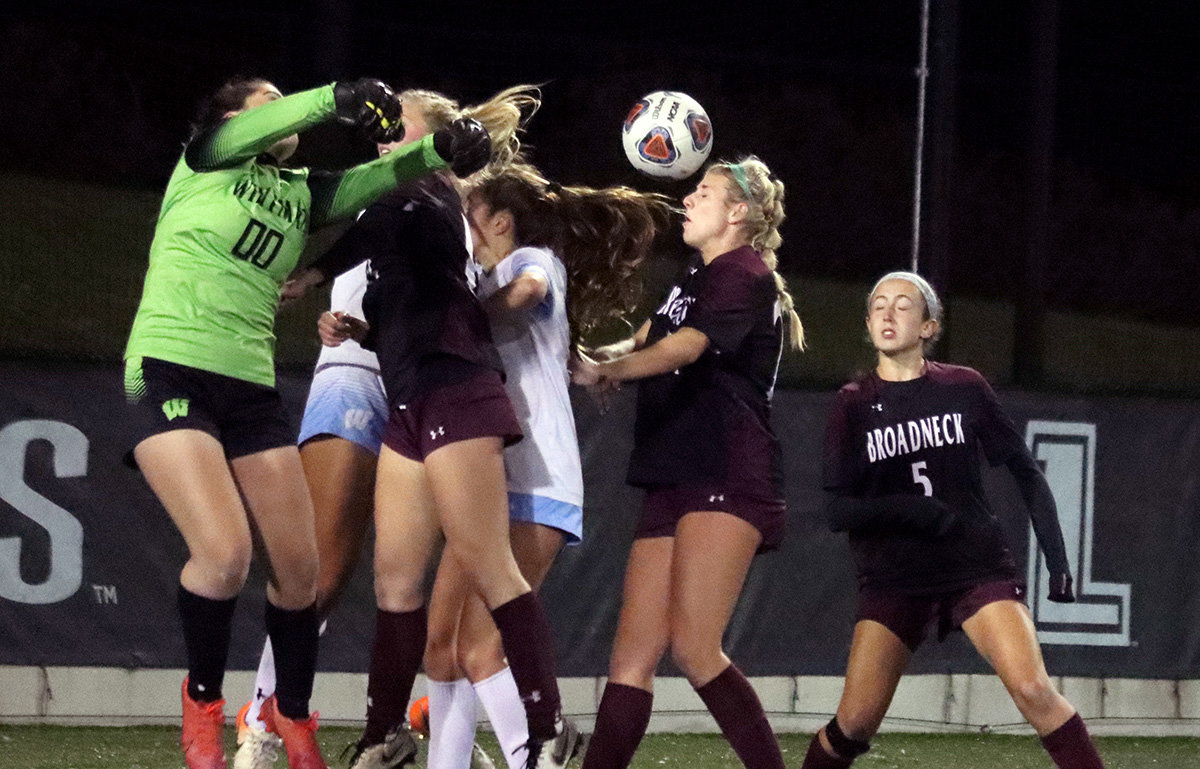 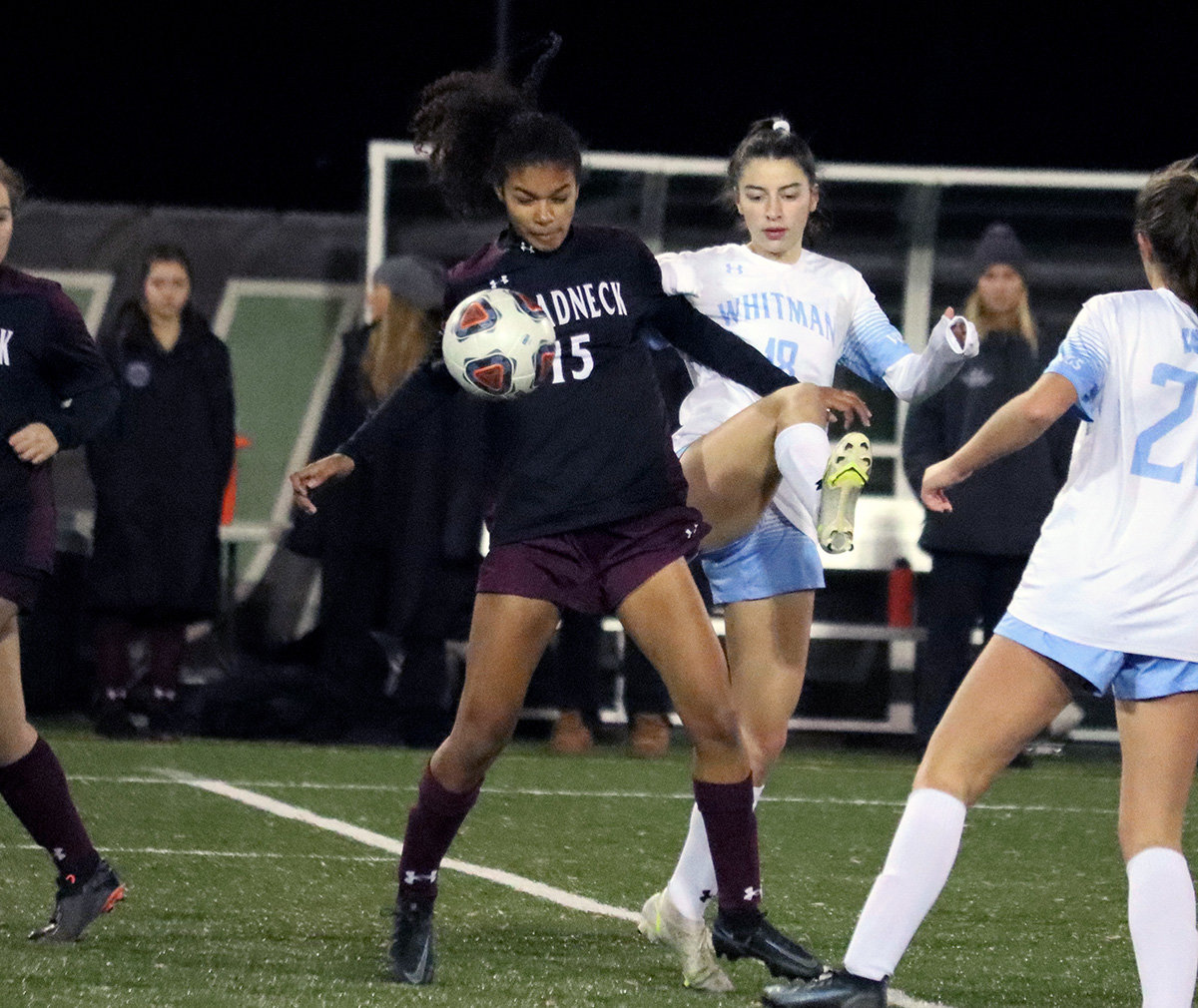 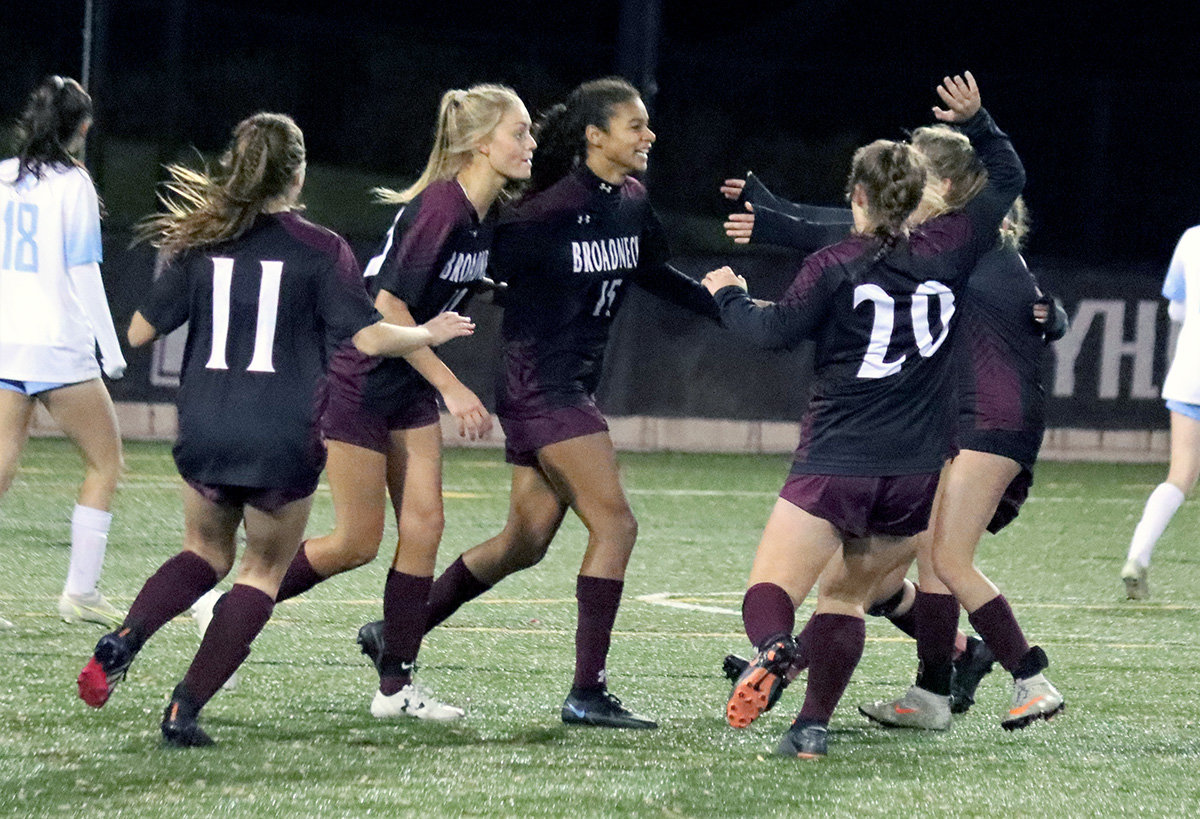 The Walt Whitman Vikings beat the Broadneck Bruins 2-1 this Saturday in the 4A MPSSAA girls soccer championship.

Walt Whitman took the lead seven minutes into the game. Freshman defender Evelyn Javers sent a through ball up the field to sophomore forward Gemma Davitian. Davitian’s shot to the bottom right corner of the goal was outside the reach of Broadneck senior goalkeeper Mason Smargissi.

While Broadneck had a handful of corner kicks and drives upfield, Walt Whitman had more scoring opportunities. Walt Whitman scored their second goal in the 58th minute. Javers controlled the ball in the box after a direct kick and scored with a shot to the bottom left corner of the goal.

Junior forward Sadie Wilkinson kept the Bruins in the game with a goal 18 minutes later. Wilkinson beat several defenders with her speed and footwork, giving herself space to shoot a ball over the head of junior goalkeeper Sophia Mays. With four minutes left in regulation, Broadneck’s energy and intensity increased, but the Bruins were unable to tie the game. The Vikings left the field at Loyola University as state champions.