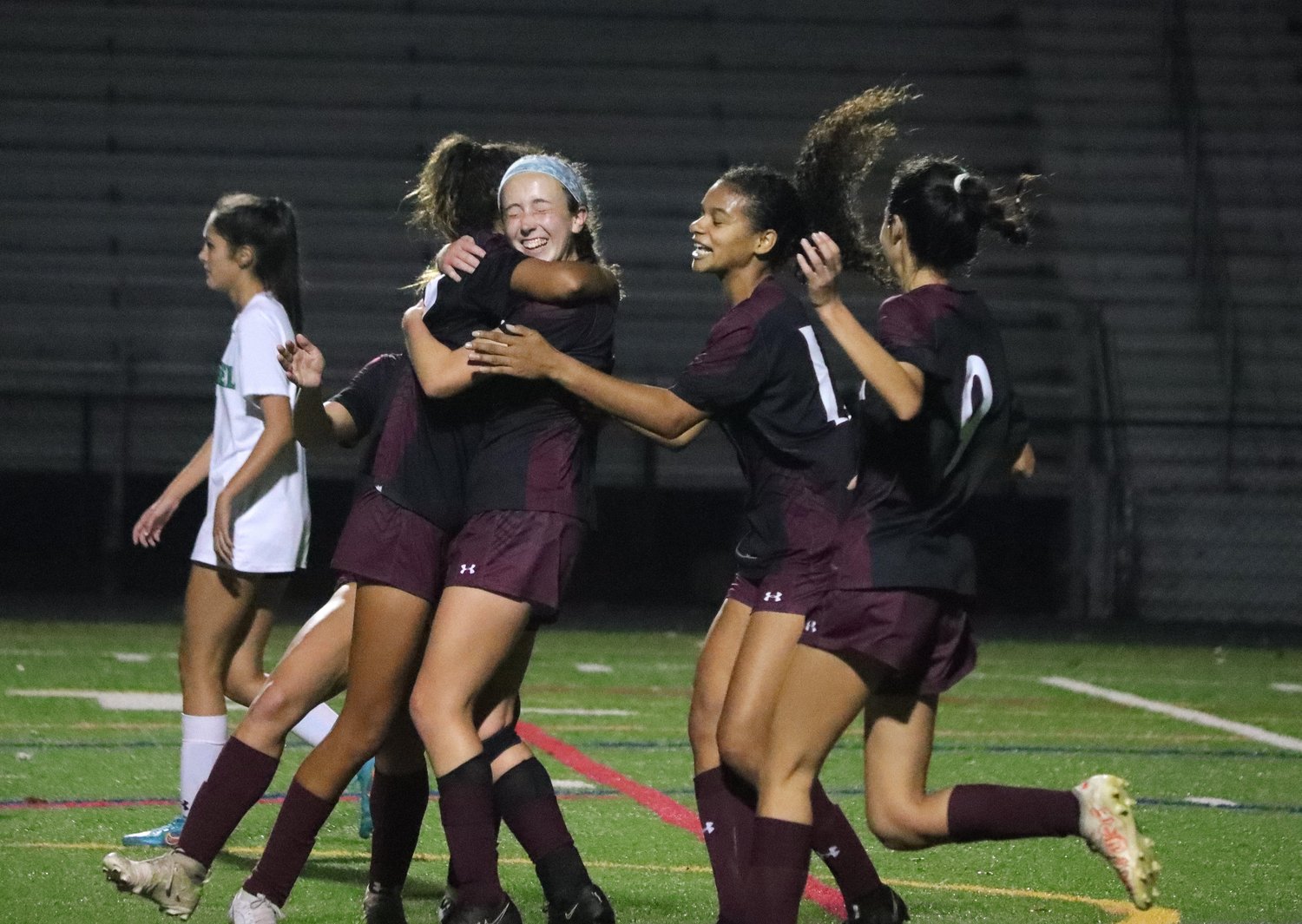 Aurora Nelson (blue headband) celebrated her goal with teammates with about 10 minutes left in the first half. 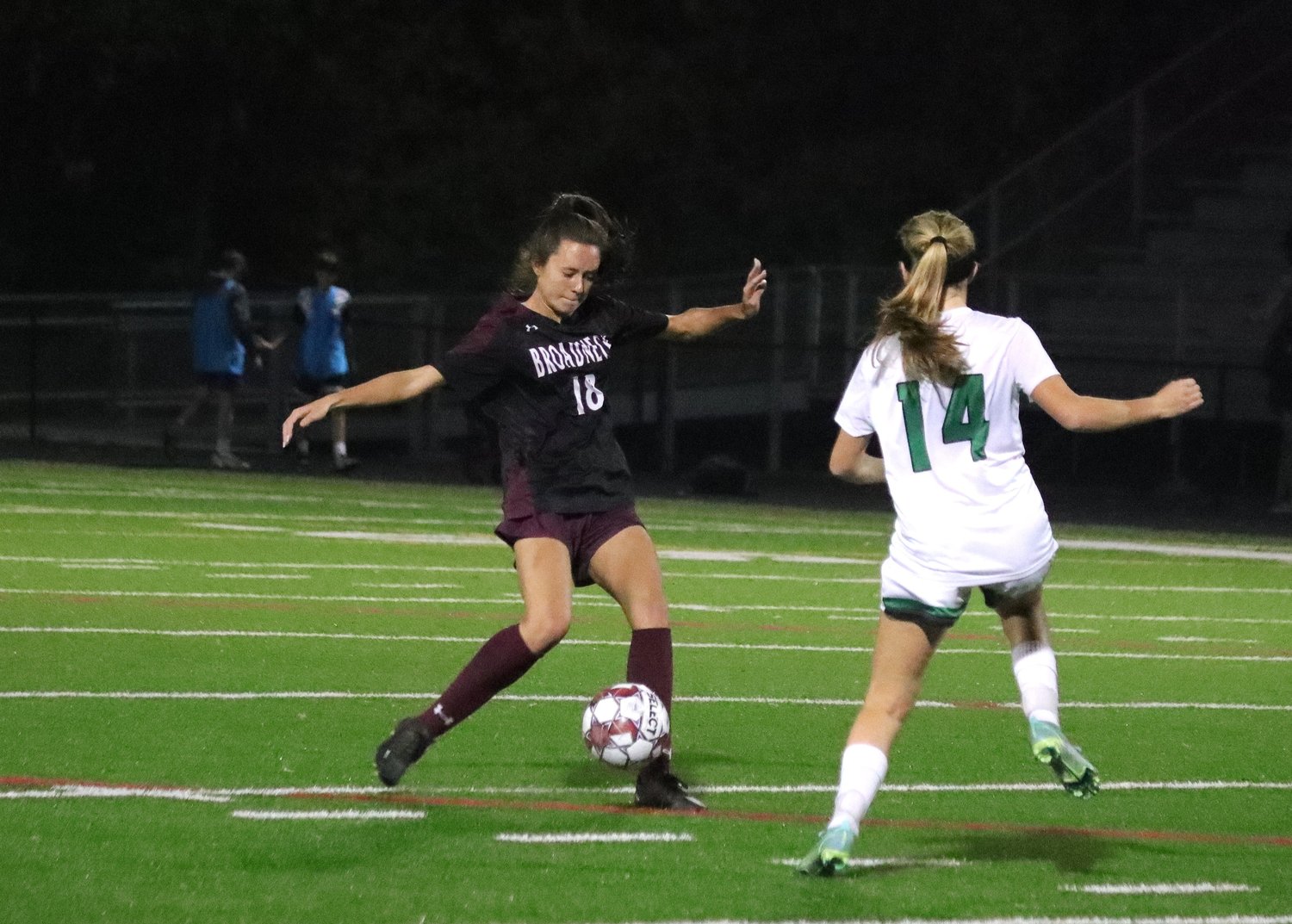 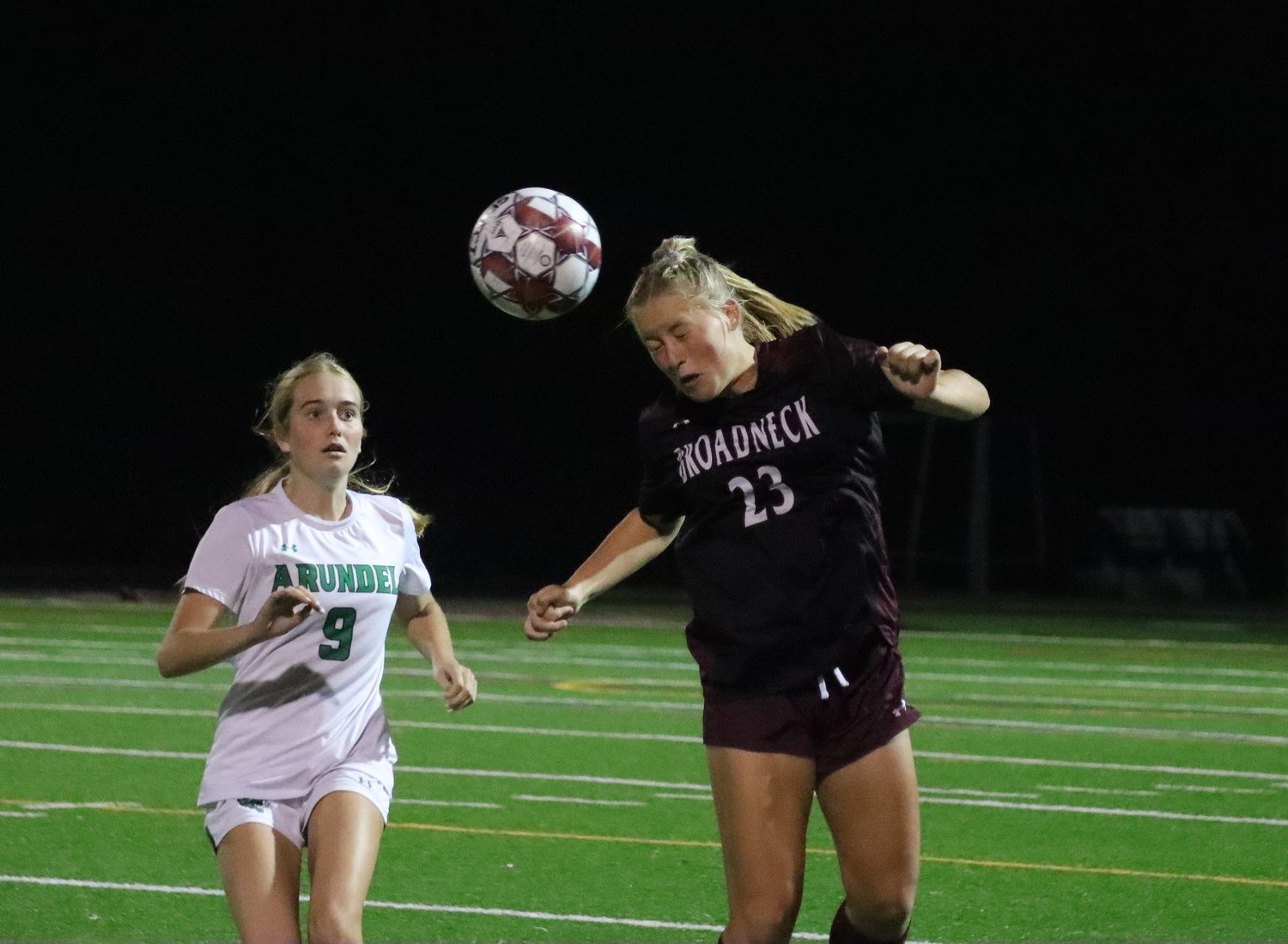 Mia Hull received a pass during the Bruins' win over the Wildcats. 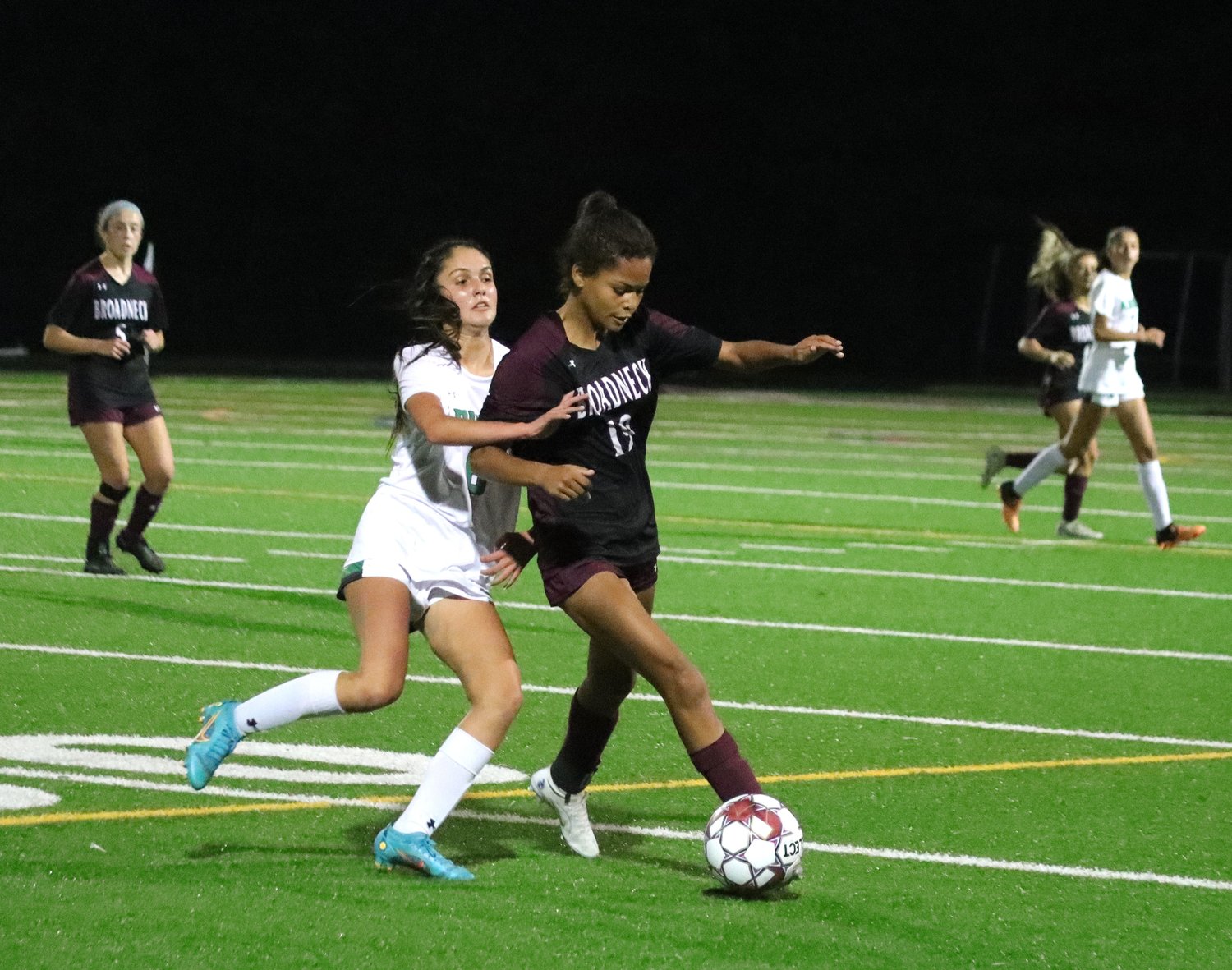 During a game featuring two of the top keepers in the area, the thought of having to settle Friday’s state quarterfinal match with penalty kicks was not an ideal situation for Sadie Wilkinson. So when Arundel tied the game at 1-1 with 10 minutes left in regulation, Wilkinson and her Broadneck teammates felt a sense of urgency to respond quickly.

Rising to flick a long ball by Mia Hull past the Arundel defense, Wilkinson had a one-on-one opportunity with Wildcat goalie Trysta Thomas and slotted the ball inside the left post to regain the lead with six minutes remaining.

“I was hoping anybody would score because it's a team effort,” Wilkinson said. “But I'm glad I was able to get that goal.”

The defense did the rest, not allowing Arundel any opportunities, and the Bruins are now headed back to the state semifinal. This time they will face Quince Orchard on Saturday, November 12. Happy she was able to help her team advance, Wilkinson was also relieved to avoid penalties. “I definitely did not want to go to PKs,” she said. “It is super stressful.”

Broadneck came out strong and organized early, generating numerous scoring opportunities. The best chance came on a corner kick in the first five minutes, which saw Wilkinson win a head ball and send it past Thomas before an Arundel defender cleared the ball off the line. The Bruins continued to pressure the Arundel defense and create shots using their quickness and ability to create space. Coach Jon Camm was pleased with his team’s effort in the first half.

"We played really well in the first half and created a number of chances,” Camm said.

All of those chances finally paid off when a poor clearing attempt by the Wildcats went directly to Aurora Nelson, who found the back of the net from about 25 yards out, giving Broadneck the lead with about 10 minutes left in the first half.

Arundel came out with more purpose in the second half and was able to create some opportunities. Broadneck keeper Kyleigh Bland was forced into a tough save on a hard shot from about 15 yards and the defense had to contend with some dangerous passes into the box.

Camm felt like his team briefly lost their edge.

"We lost a little bit of focus and didn't press as well, but after their goal, we responded really well,” Camm said.

He also felt Wilkinson was the difference in the game. "Sadie was very composed all night, held the ball well, found her teammates, created chances and was good in the air,” he said.

Broadneck is now in familiar territory, playing for a chance to reach the state final for the second year in a row and get another opportunity to add a third title in the last eight years. To reach the final, they will again have to get past a Quince Orchard team they defeated in penalty kicks during last year's semifinal after a scoreless tie.