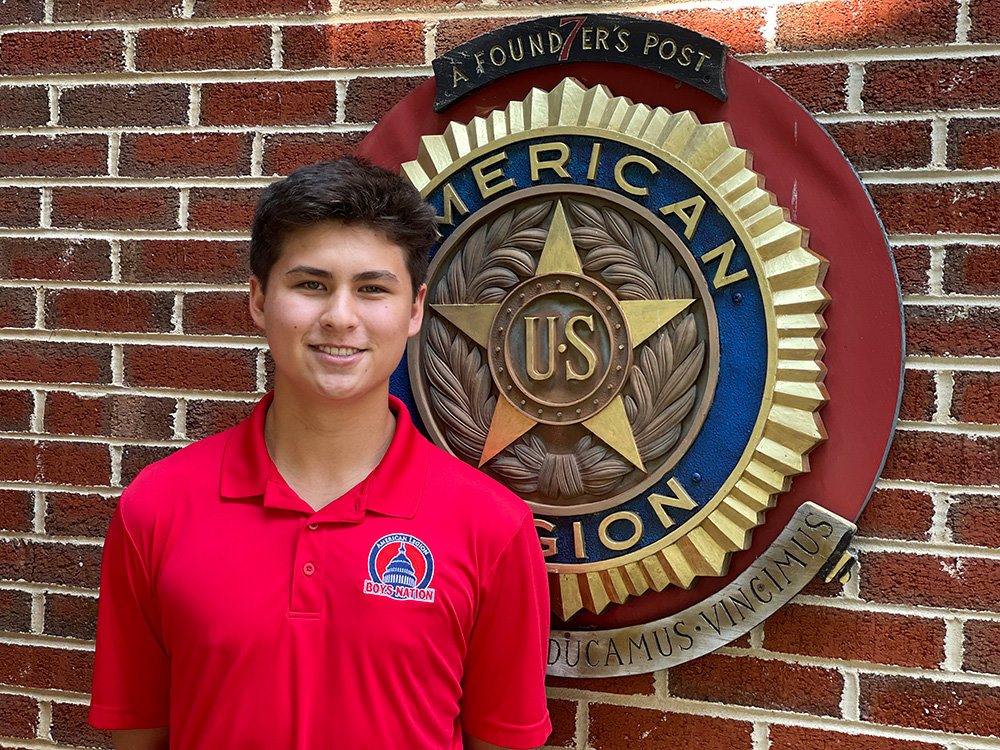 Hektor Thompson, a rising senior at Broadneck High School, was selected to participate in Boys Nation 2021, which was held in Washington, D.C., from July 23-30.
Photos by Judy Tacyn 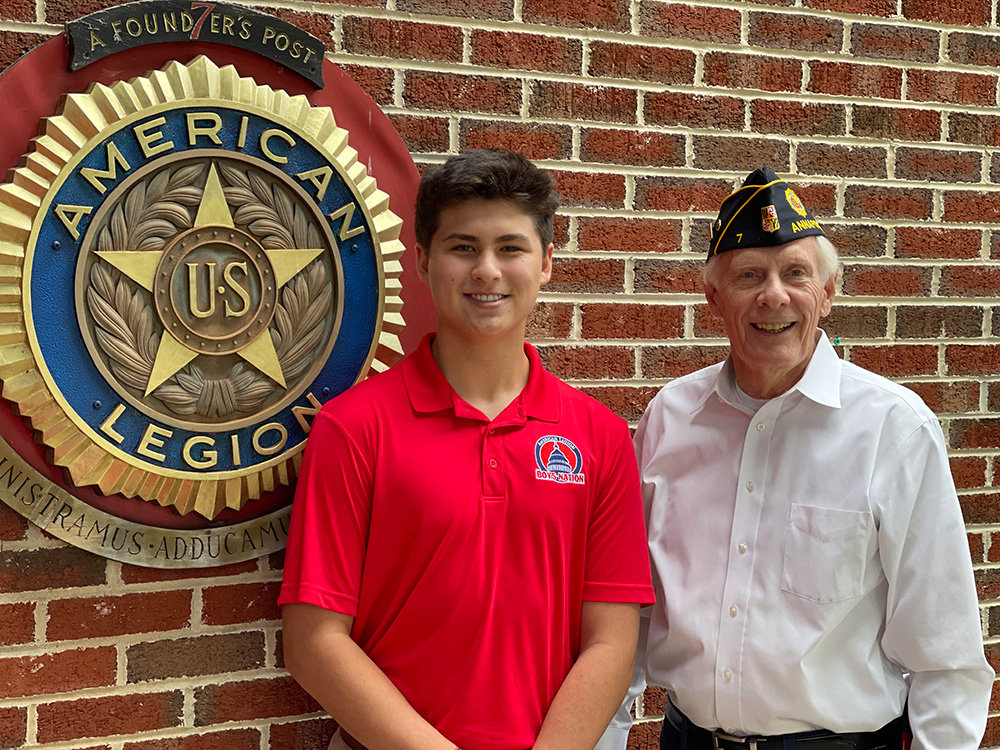 Commander Jason O’Neil said Hektor Thompson “represents the qualities of an individual going through our academic experience and learning what good government is all about.”
Photos by Judy Tacyn
Previous Next
Posted Tuesday, August 10, 2021 3:20 pm
By Judy Tacyn

Boys Nation is an annual forum of civic and leadership training offering hands-on government experience run by the American Legion. This year, 65 Boys Nation senators were chosen from a pool of more than 17,000 Boys State participants, making it one of the most selective educational programs in the United States.

Hektor Thompson, a rising senior at Broadneck High School, was selected to participate in Boys Nation 2021, which was held in Washington, D.C., from July 23-30. Thompson represented Washington state as a senator.

For the week-long experience, participants are divided into two parties, Federalists and Nationalists. They come up with values and ideals to form a platform, elect individuals to legislative positions, present a vice president and president candidate, and then elect their leaders. Then they must draft bills and negotiate them through committees and then to the House floor.

“I have a new respect for senators and politicians; getting bills written and passed is a lot of work. They do not have an easy job,” said Thompson. “Because of our cultural, geographical and political differences, passing bills, amendments and resolutions that benefit everyone is time consuming and challenging due to political gridlock.”

Thompson believes that young people have grown up in a different way than the politicians in Washington, D.C., today, which will aid his generation in driving a political shift that values diversity and works toward solutions that benefit the greatest number of Americans.

“If we want a better future, we have to do better, together,” said Thompson. “It’s impossible to make everyone happy. But through compromise and valuing process over winning, we can do the most good for the most people.”

Thompson hopes to one day be a Green Beret. His father is retired from the British Army, and his family has lived around the globe.

“Each move has helped shape me as a person. I’ve lived in Nottingham Forest in England, lived near a concentration camp in Germany, and with aborigines in Australia,” added Thompson. “With each move, the military has been my only constant. I would love to serve as a Green Beret because I love their warrior diplomat ethos. My dream job would be working in the United Nations in conflict resolution and prevention, and peace studies.”

Thompson was sponsored by American Legion Post 7 in Annapolis.

“Post 7 has been so fortunate to have a young man of the caliber of Hektor Thompson,” said Commander Jason O’Neil. “He represents the qualities of an individual going through our academic experience and learning what good government is all about. We are honored to have him represented and we wish him the very best in the future.”

At Broadneck, Thompson has served as president and founder of Speech and Debate Club, president and treasurer of Model UN, and vice president of Key Club. His other activities include Broadneck High School Principal Advisory Council, National Honor Society, Anne Arundel Youth Advisory Council, lieutenant governor of District 4A Key Club, and he plays both club and varsity soccer. He has been named to the superintendent’s honor roll since 2018.

A resident of Annapolis, Thompson hopes to attend the U.S. Military Academy to become an Army officer. He is the son of Rhana and Jamie Thompson.