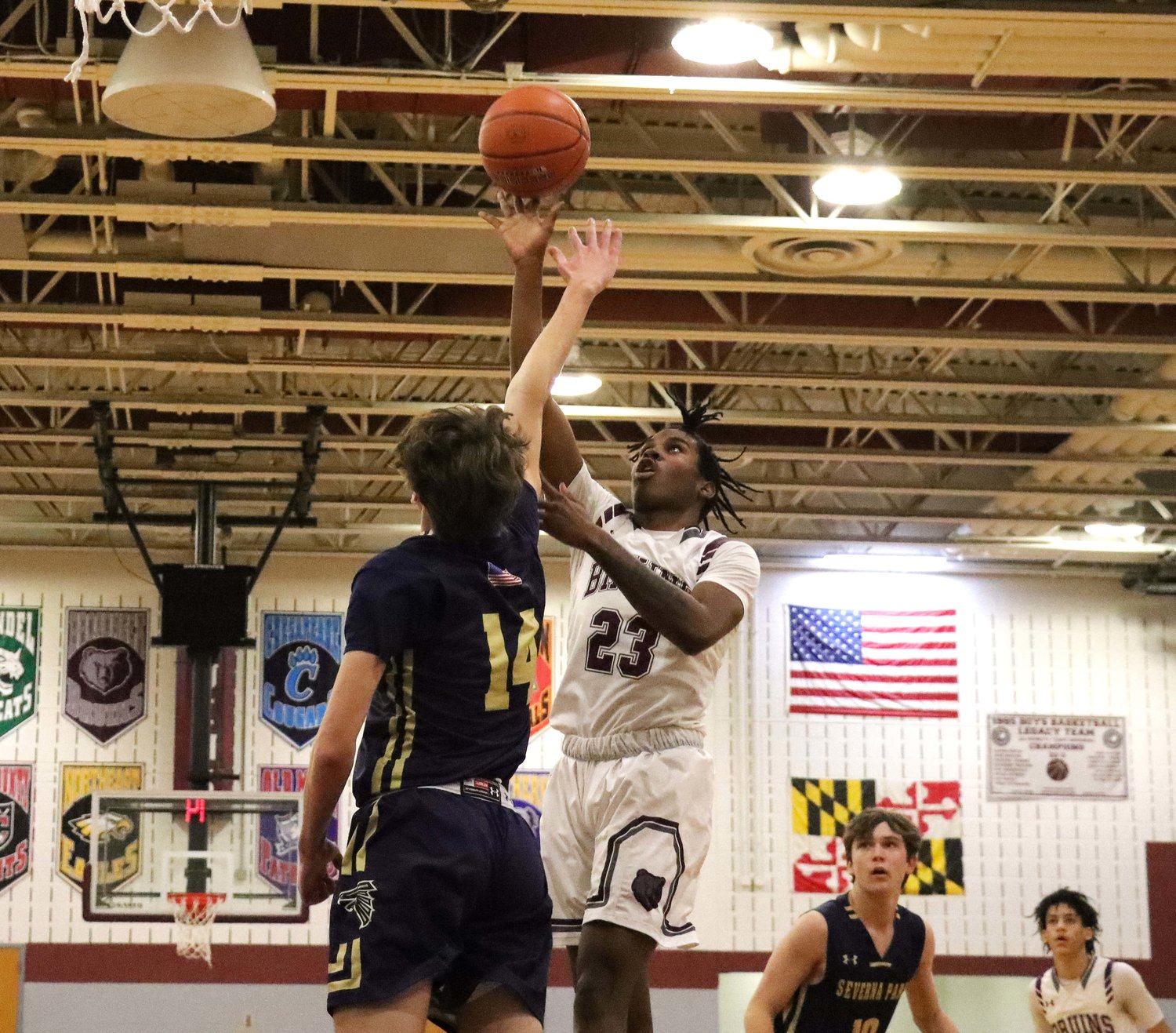 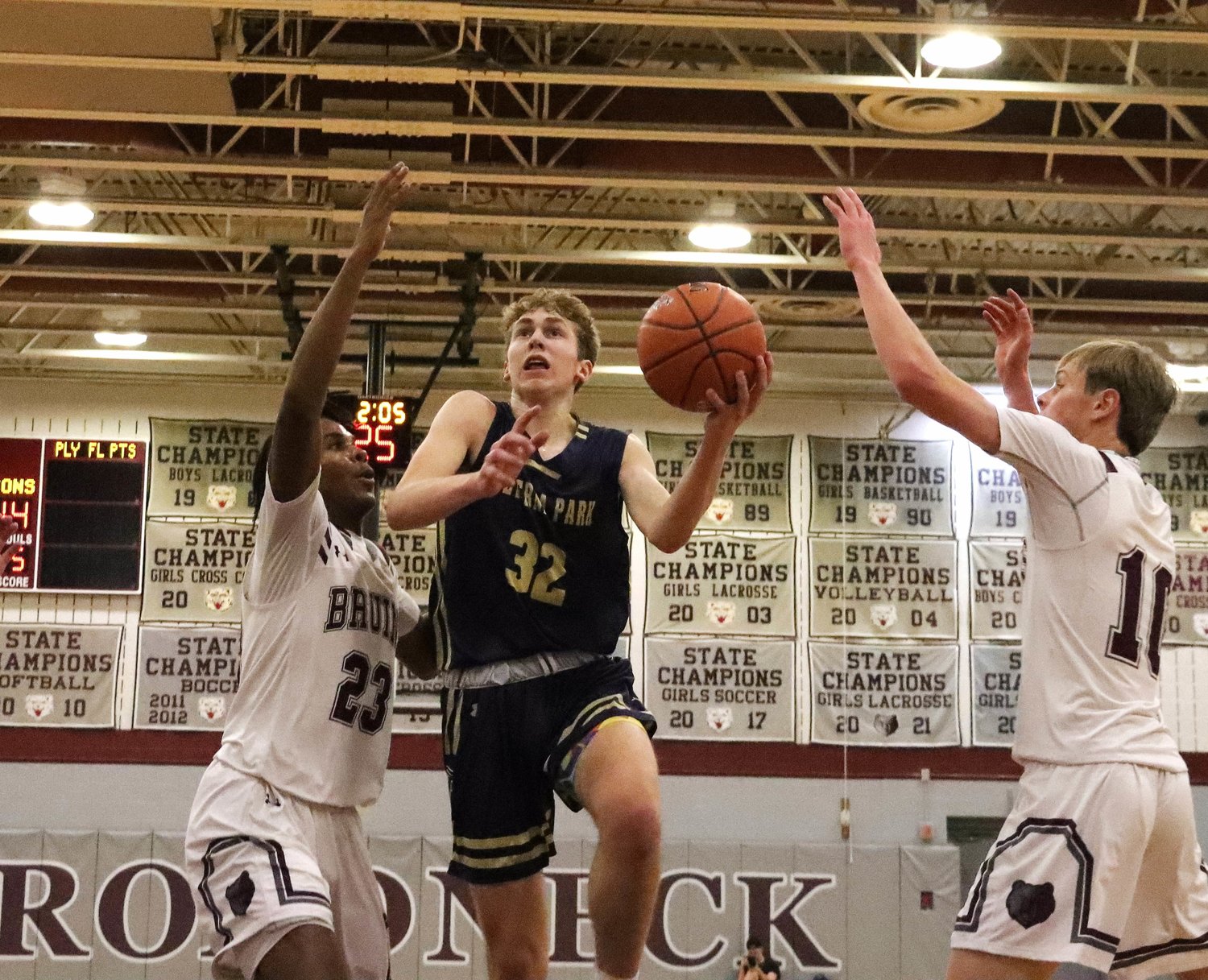 Brendan Abell drove to the basket between Kyle Miles and Michael Schwob. 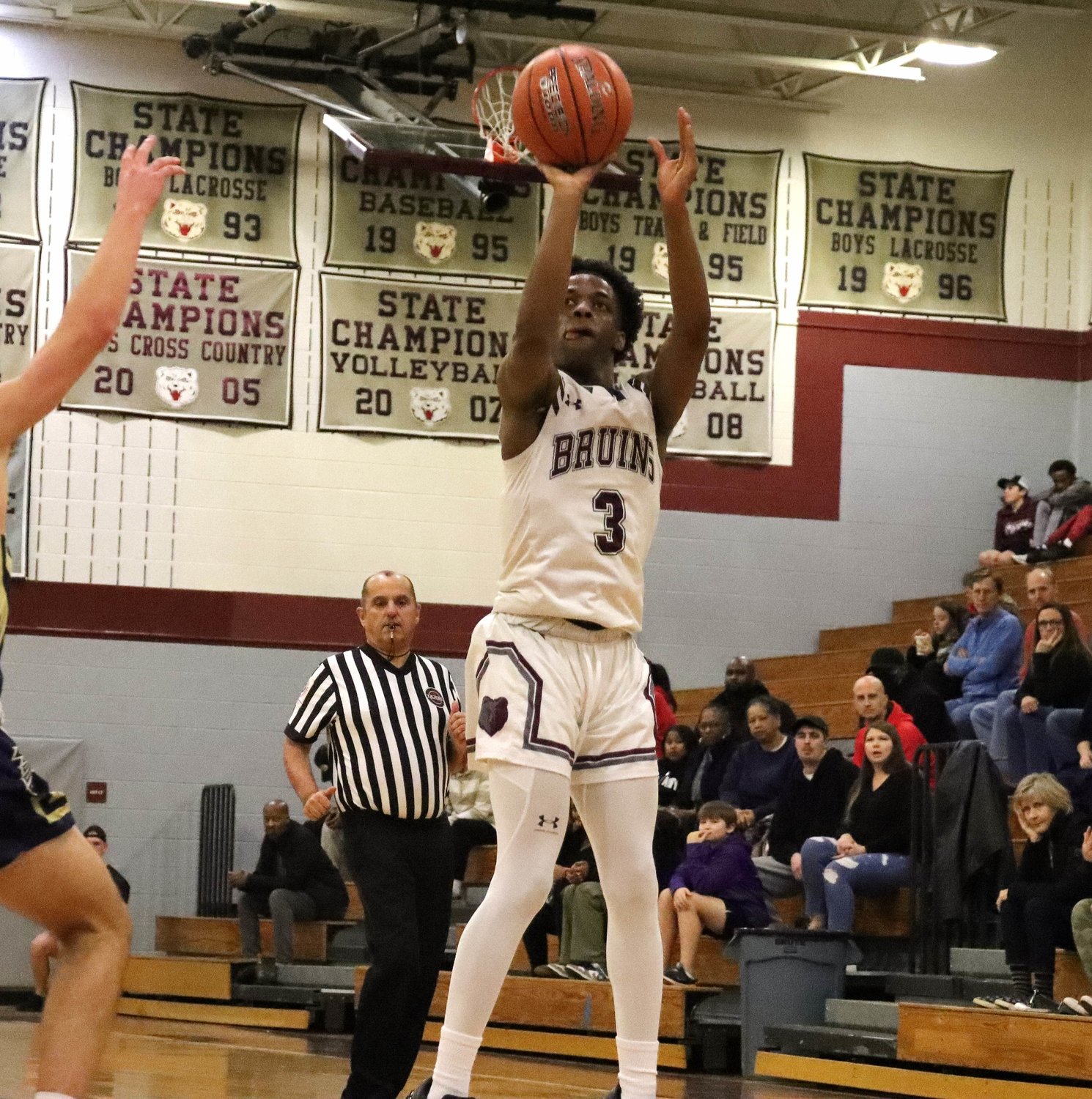 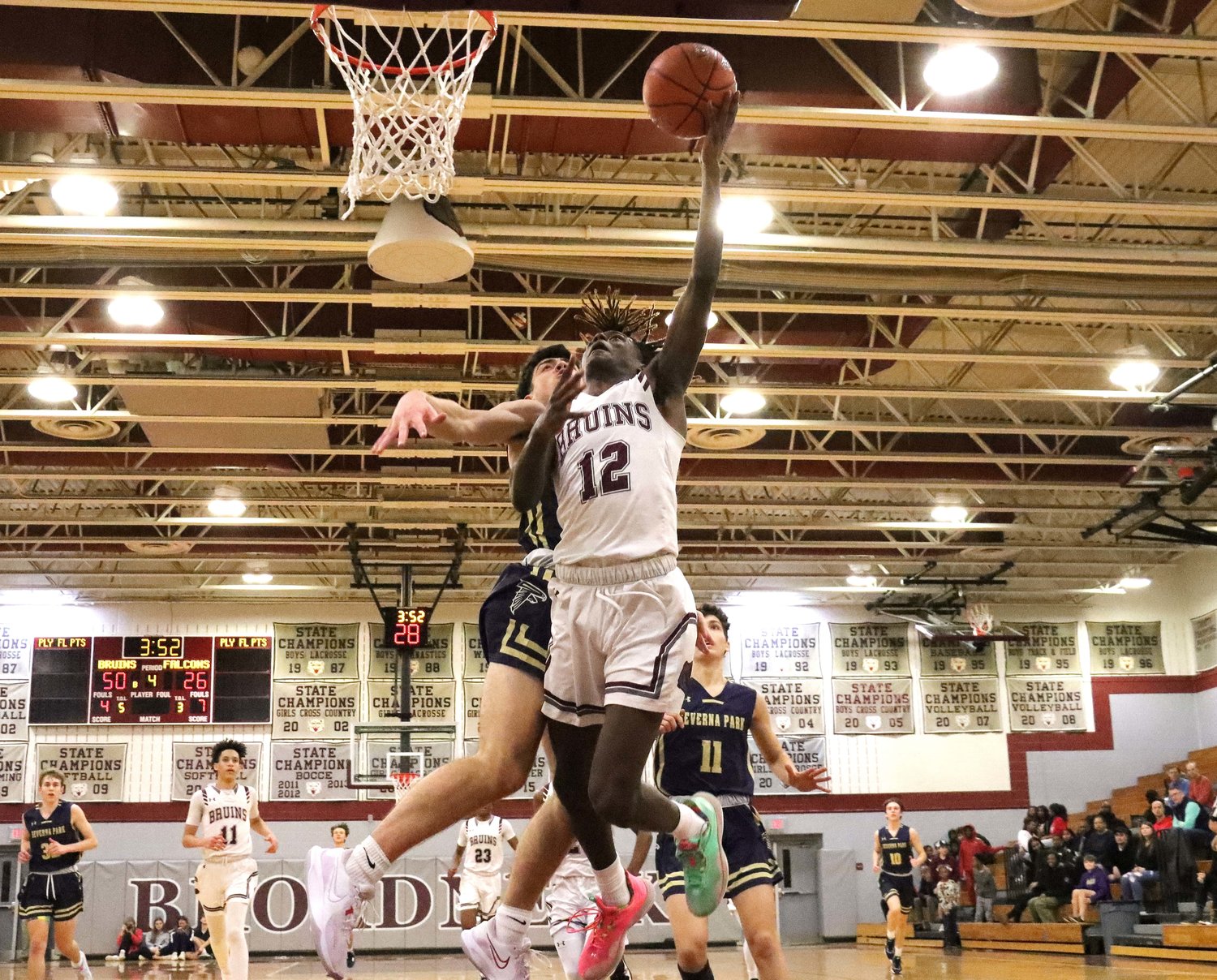 Jalen Carter got fouled while making a layup. 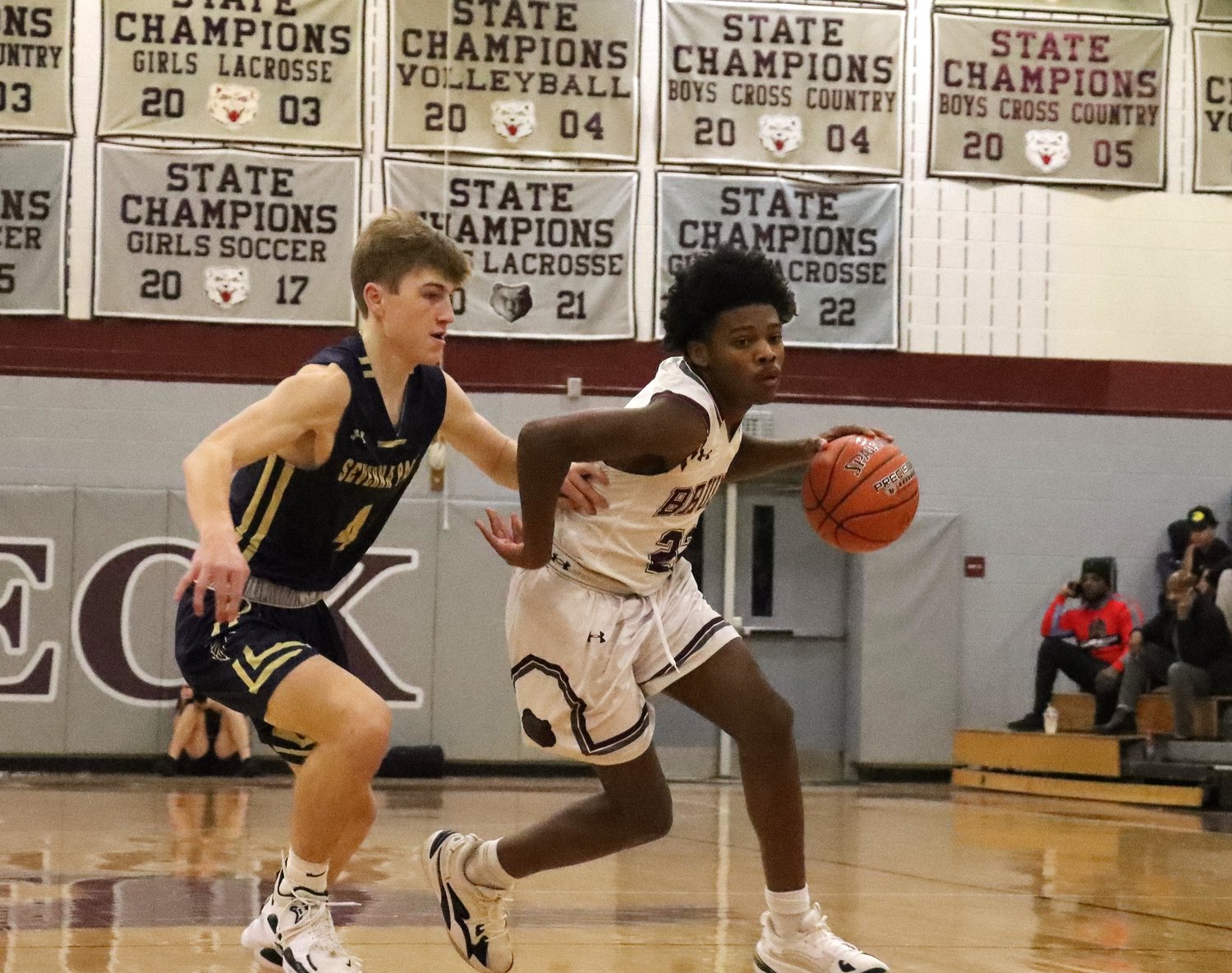 Broadneck defeated Severna Park 58-30 in boys basketball Friday night to improve to 11-4 on the season. The host Bruins were led by Jalen Carter with 20 points, followed by Amare Jefferies and Jordan Brown with 11 and 10 points, respectively. Brendan Abell scored 13 points and Upton Young had eight points to lead the Falcons.

Severna Park quickly jumped out to a 5-0 lead, aided by a couple of early turnovers by Broadneck before the Bruins settled in and answered with a 12-0 run. Aureon Johnson hit a 3-pointer at the buzzer to give Broadneck an 18-11 lead after the first quarter. A low-scoring second quarter ended with another Bruins buzzer-beating 3-pointer, this time by Jalen Carter, to take the Bruins into the half with a 27-17 lead.

Carter opened the third quarter with back-to-back 3's as Broadneck took control of the game and gradually pulled away from the Falcons. Heading to the fourth quarter with a 40-27 lead, the Bruins defensive pressure created several turnovers and forced shots as they held Severna Park to three fourth-quarter points.