Bruins Get 19th Straight County Victory With Win Over Gophers 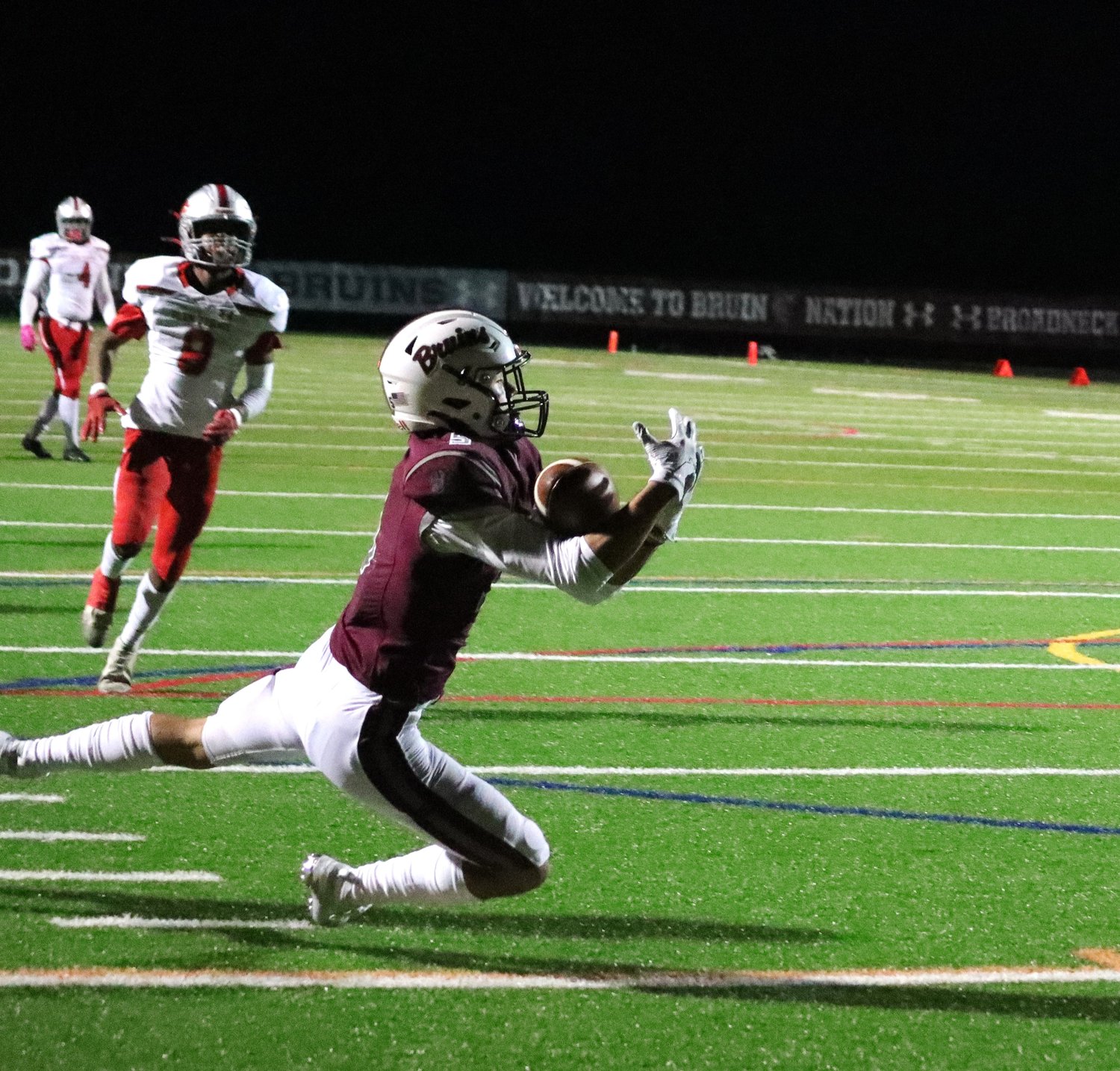 Eli Harris went to the ground as he caught a touchdown in the Bruins’ win over the Gophers.
Photos by Dennis McGinley 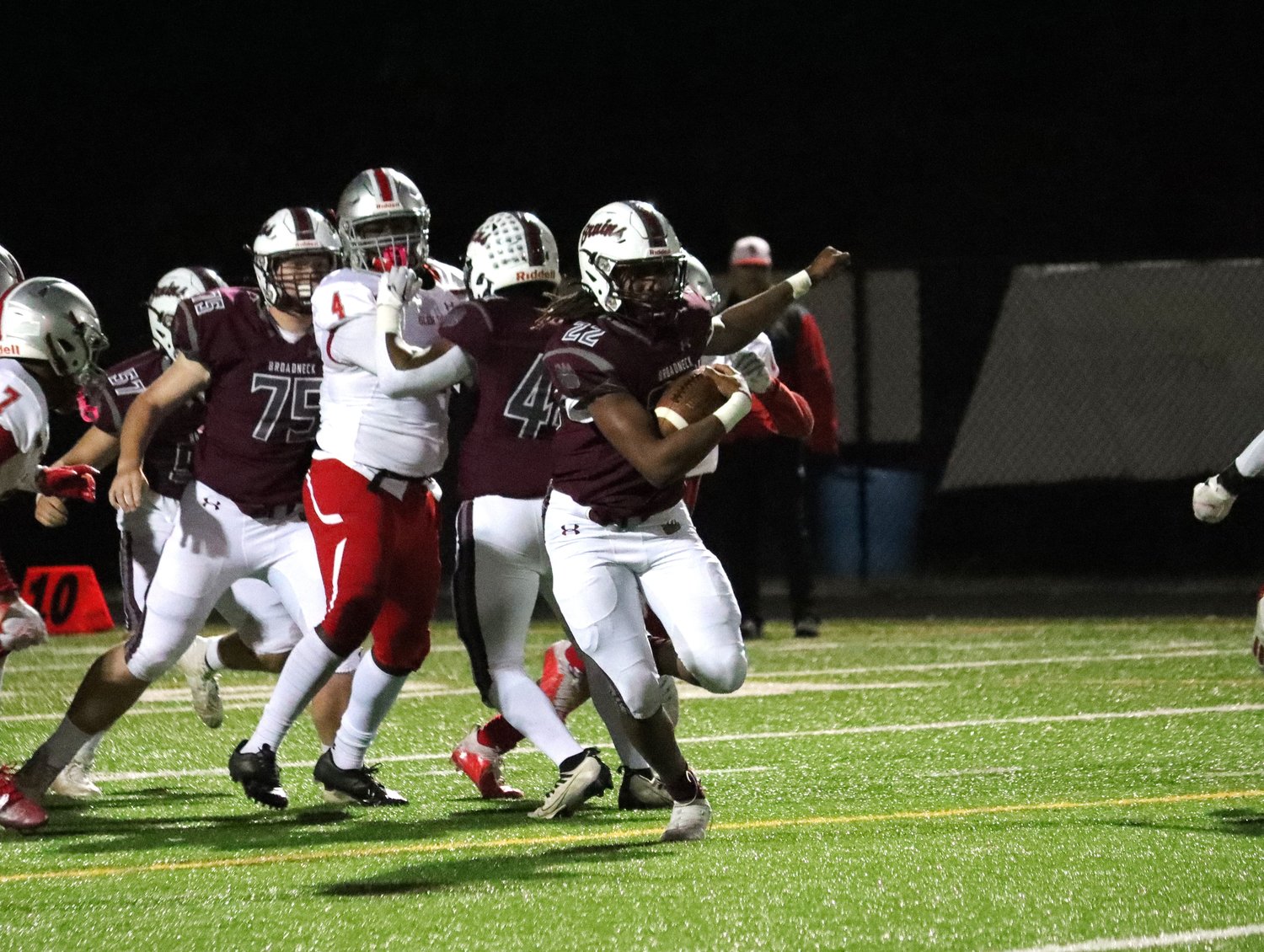 Ian Mauldin burst through a hole for a big gain.
Photos by Dennis McGinley 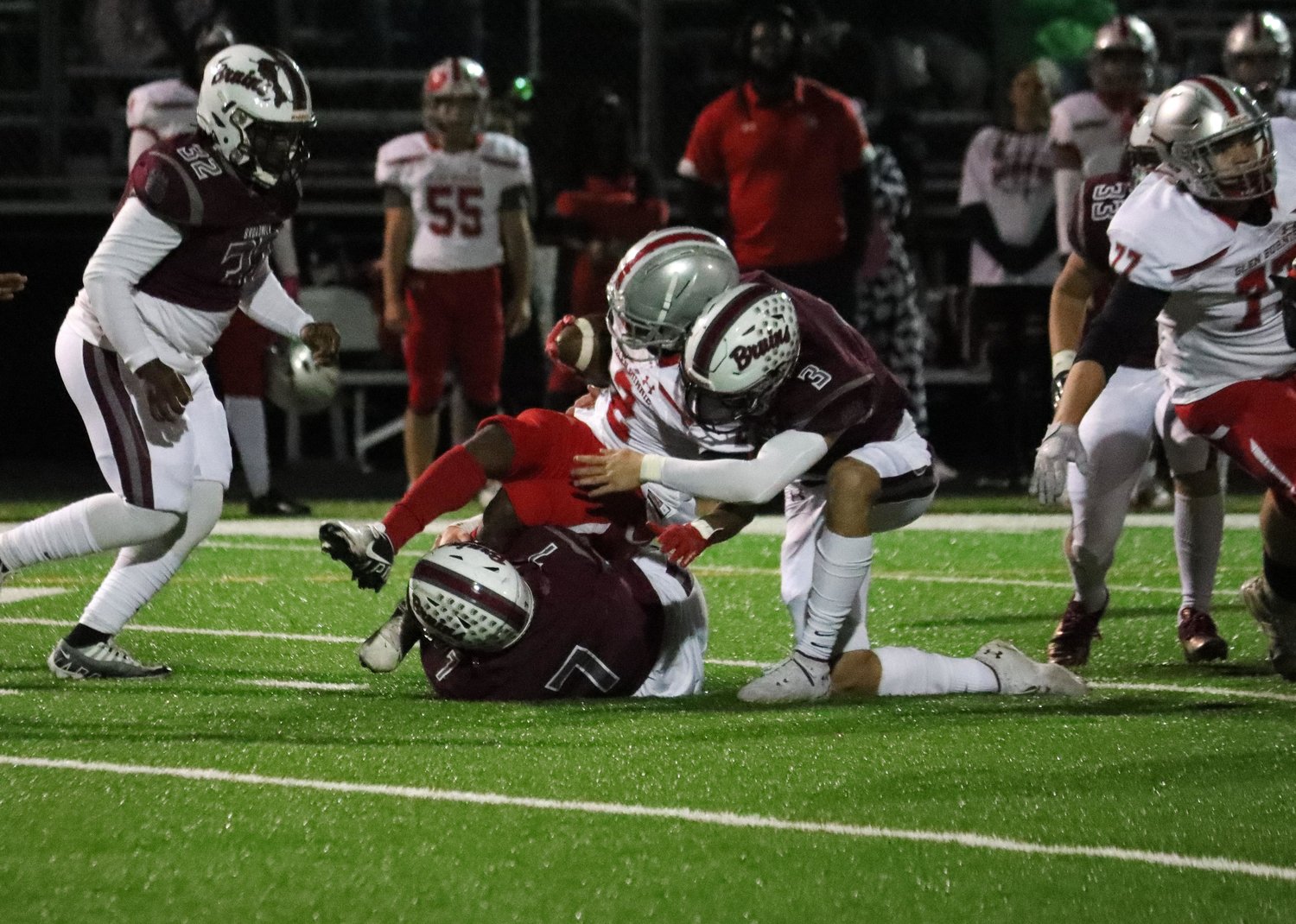 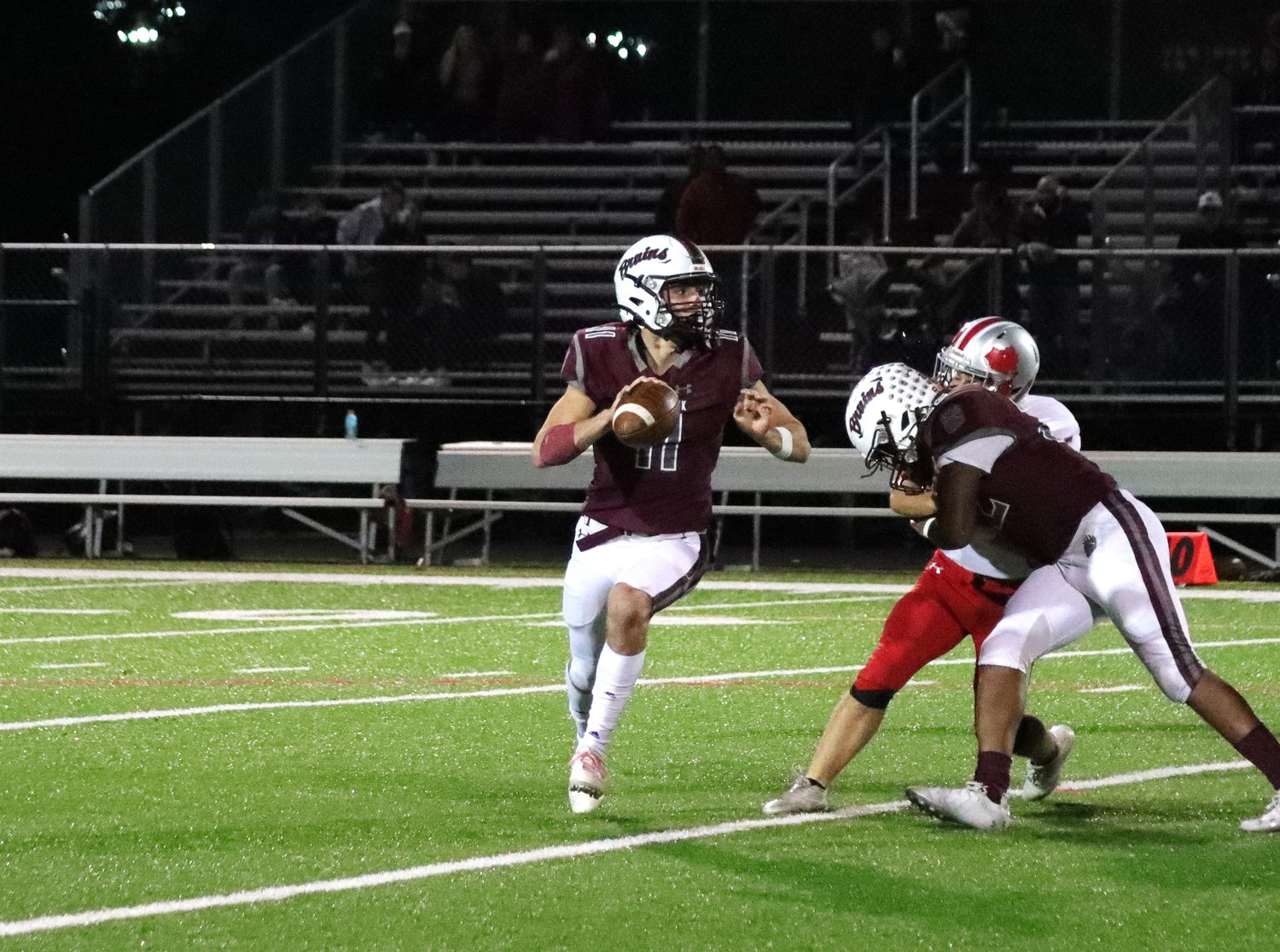 Broadneck has thrived on pressure for years. Visiting Glen Burnie presented the Bruins with their latest challenge on October 28.

Broadneck responded in customary fashion. The Bruins forced two turnovers and pounded the visitors with an effective ground game and precision passing attack to win their eighth straight game, 38-7.

It was Broadneck’s 19th straight victory against county opponents and the Bruins (8-1) looked primed for a deep playoff run in the Class 4A division.

The Bruins get a first-round bye, then face the winner of North County/Meade in a regional final at home on November 11.

“We are averaging 39 points a game in the county and giving up only five,” said Broadneck football coach Rob Harris, whose team lost in the state quarterfinals last year in overtime to Flowers High. “We are excited to get this playoff thing going and see what we can do. I think we have a chance to be very competitive at the state level.”

Senior quarterback Camrin Catterton, a transfer from South River, was the focal point of the offense again, but his teammates also joined in the fun.

Anthony Hawkins returned an interception for a touchdown, Jed Pelicano had an interception and fumble recovery, Robert Eli Harris caught two touchdown passes, and both Logan McGill and Ian Mauldin each ran for a score.

A standout from the outset, the 6-foot-1-inch, 185-pound Catterton led the way again with two first-half touchdown passes and he threw for 249 yards.

“He is a big, strong kid with an accurate arm,” Harris said. “He really has the ability to put the ball in the right spot. He’s had games where he is unbelievable. He plays basketball and I think that helps. I am a big fan of having guards play quarterback.”

Catterton opened the scoring with 7:56 remaining in the second quarter when Harris, a junior, made a diving catch in the end zone to give Broadneck a 6-0 lead.

The Bruins boosted their lead to 13-0 with 15 seconds remaining. Catterton found Harris in the right corner of the end zone. Placekicker Christopher Coleman booted his second of five extra points (he also had a second-half field goal) to make it 14-0 – the halftime score.

Early in the third quarter, Glen Burnie’s Dae’yon Quarles blocked a punt and returned it 41 yards for a touchdown to trim Broadneck’s margin to 14-6. Tim Shadare added the extra point.

“I thought the momentum was going our way,” said Glen Burnie football coach Alec Lemon, whose team dropped to 5-4. “I was hoping for a big play on defense, and we get some points to tie it up.”

It didn’t happen. The rest of the game belonged to Broadneck. The Bruins scored 24 points and proved they can run the ball effectively with touchdown runs from Mauldin and McGill.

“In the second half, once we figured out what they were doing on defense, we got more comfortable,” Catterton said. “We figured out their weak spots in the running and passing game and we were able to run the ball better.”