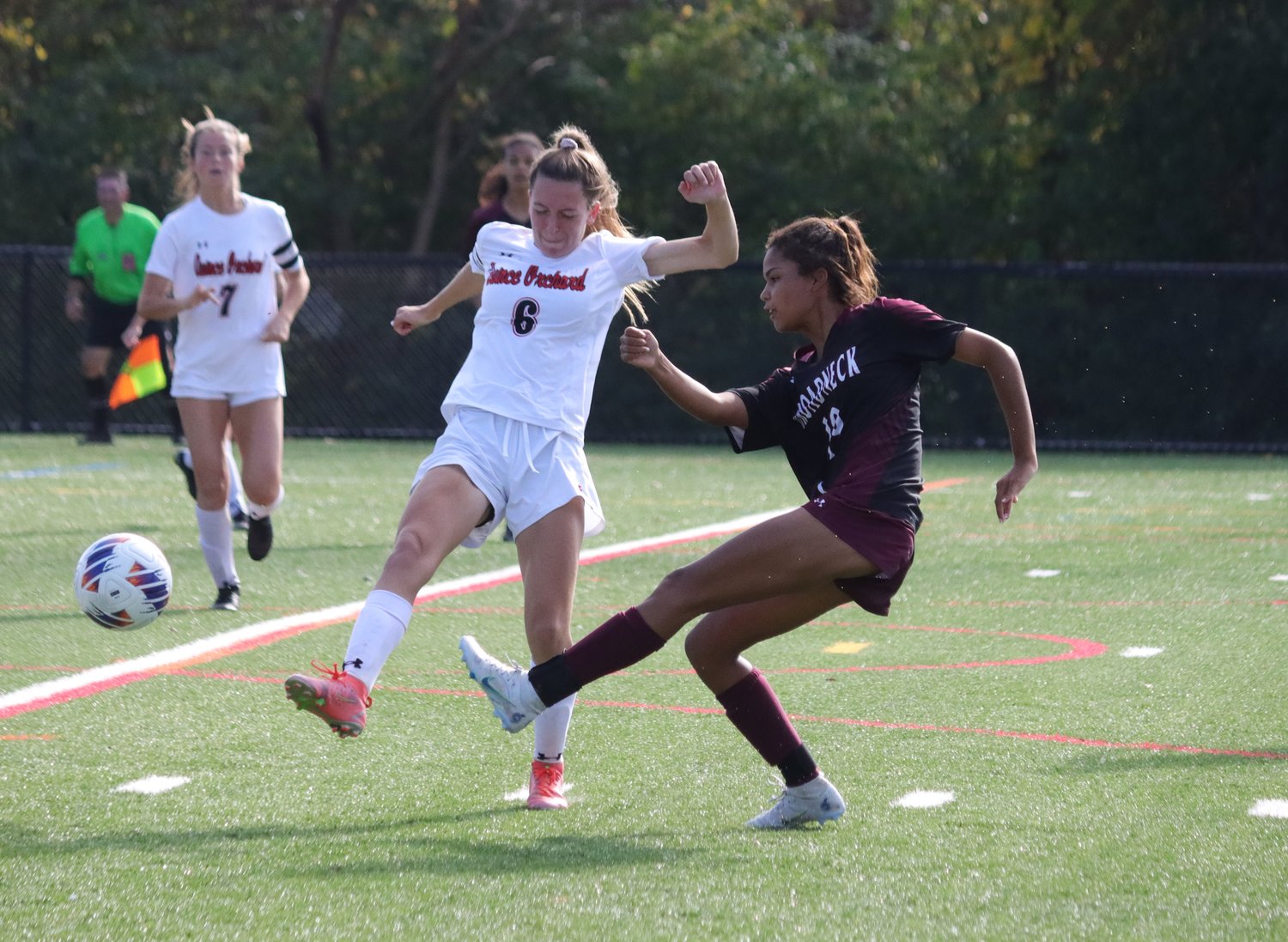 Nevaeh Dowell kicked the ball from a Quince Orchard player. 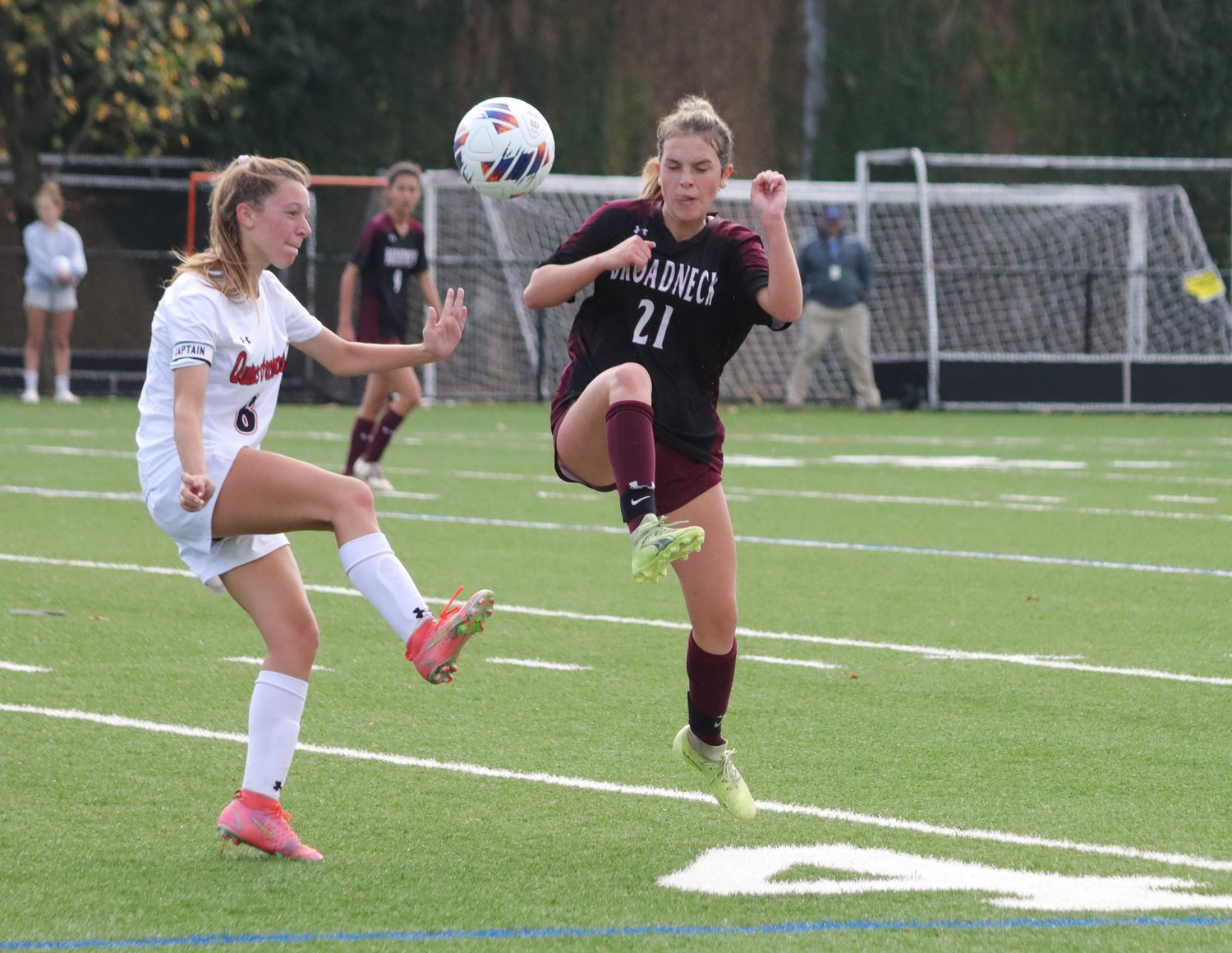 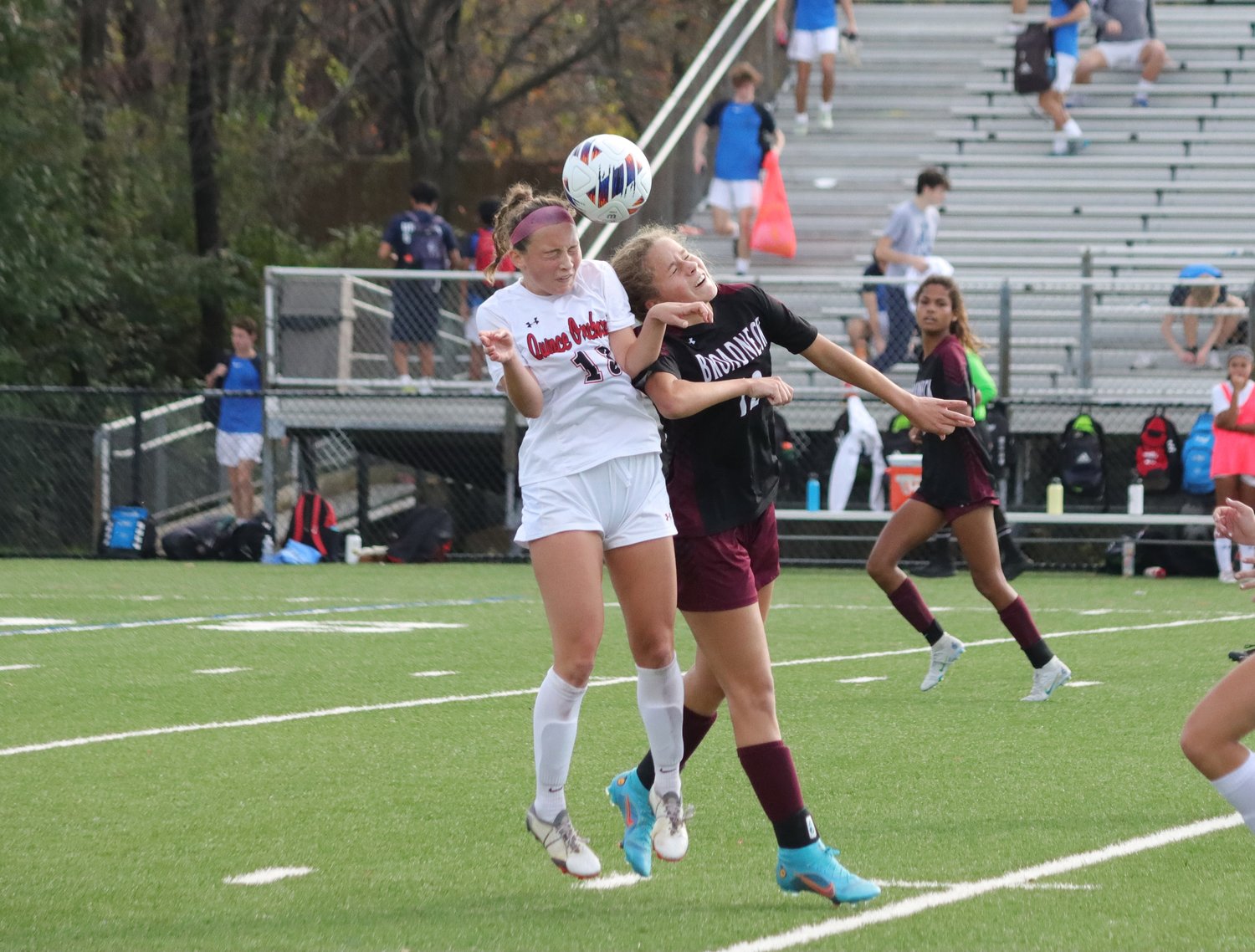 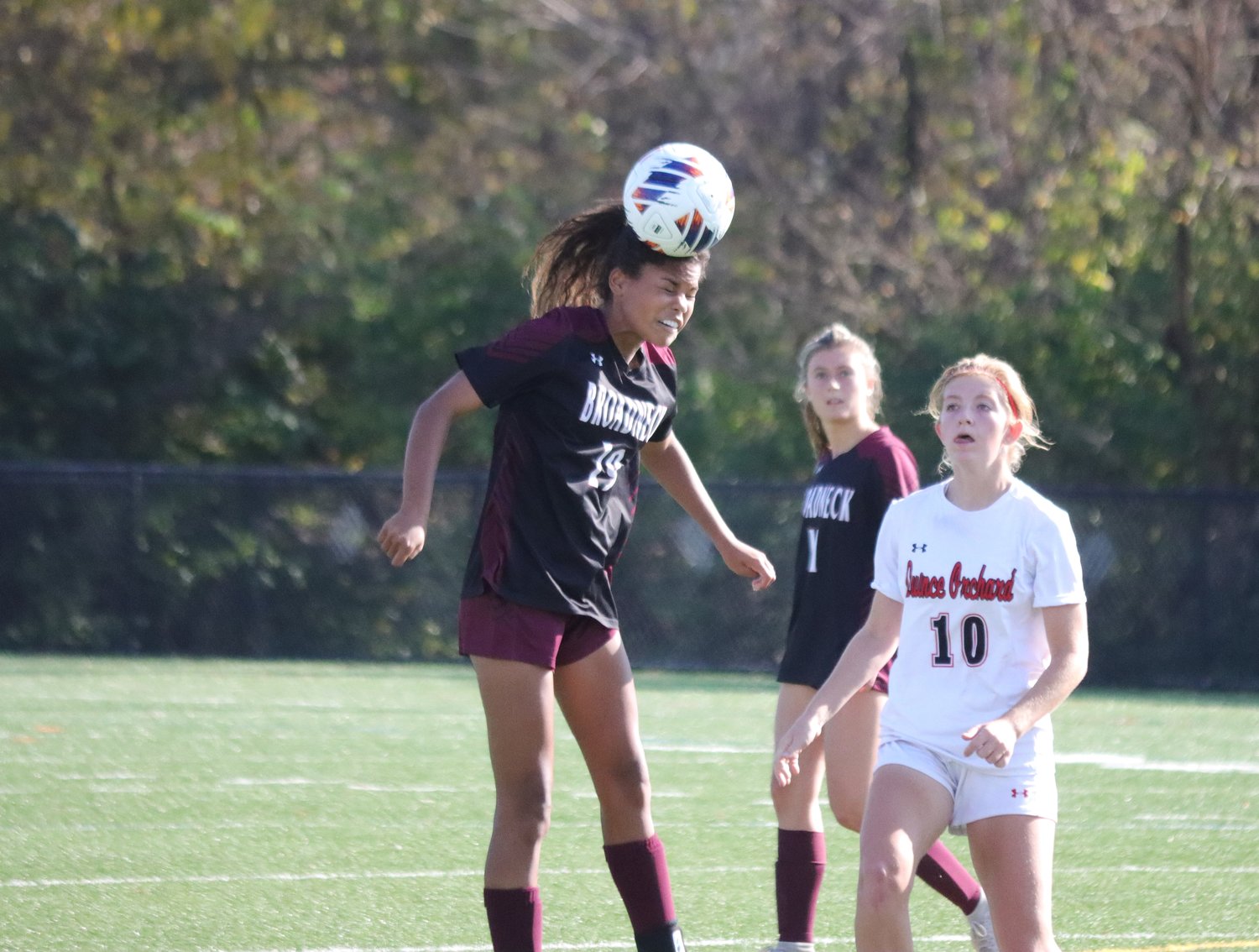 Broadneck girls soccer has played tight games all season long, grabbing a lead and then relying on a strong defense and a stellar goalie to hold that lead. Entering their state semifinal match against Quince Orchard with a 14-0-4 record, their formula had gotten them to this point. However, after the Cougars from Montgomery County scored 16 minutes into the match, the Bruins found themselves in unfamiliar territory, having to play from behind.

Despite possessing the ball in enemy territory for much of the second half, Broadneck was not able to find the back of the net and saw their season come to an end with a 1-0 loss.

Quince Orchard moves on to the state final and will face the defending state champion Walt Whitman Vikings. Broadneck coach John Camm was pleased with his team’s response after falling behind.

"After [Quince Orchard’s] goal, I thought we played hard in the second half and created a couple great scoring chances," Camm said.

The early moments of the game saw Quince Orchard possess the ball and work into Broadneck territory, mostly settling for long-range shots that did not trouble Bruins keeper Kyleigh Bland. Camm was happy with his team’s effort throughout, despite not playing their best soccer early on.

“Even though we struggled in the first half, we didn't give up many big chances to them," he said.

However, Quince Orchard was able to capitalize on their one big opportunity, playing a long ball over the top of the Bruins defense, which left Cougars forward Caroline Donmoyer one on one with Bland. Arriving just a half-step too late, Bland was not able to keep Donmoyer from slotting the ball past her and into the goal.

The second half saw Broadneck press harder and possess the ball more, but they were not able to generate any dangerous scoring chances. Despite falling just short of another trip to the state final and having dealt with several injuries to key players, Camm was happy with the way his team battled throughout the season.

“Overall, a great season,” he said.