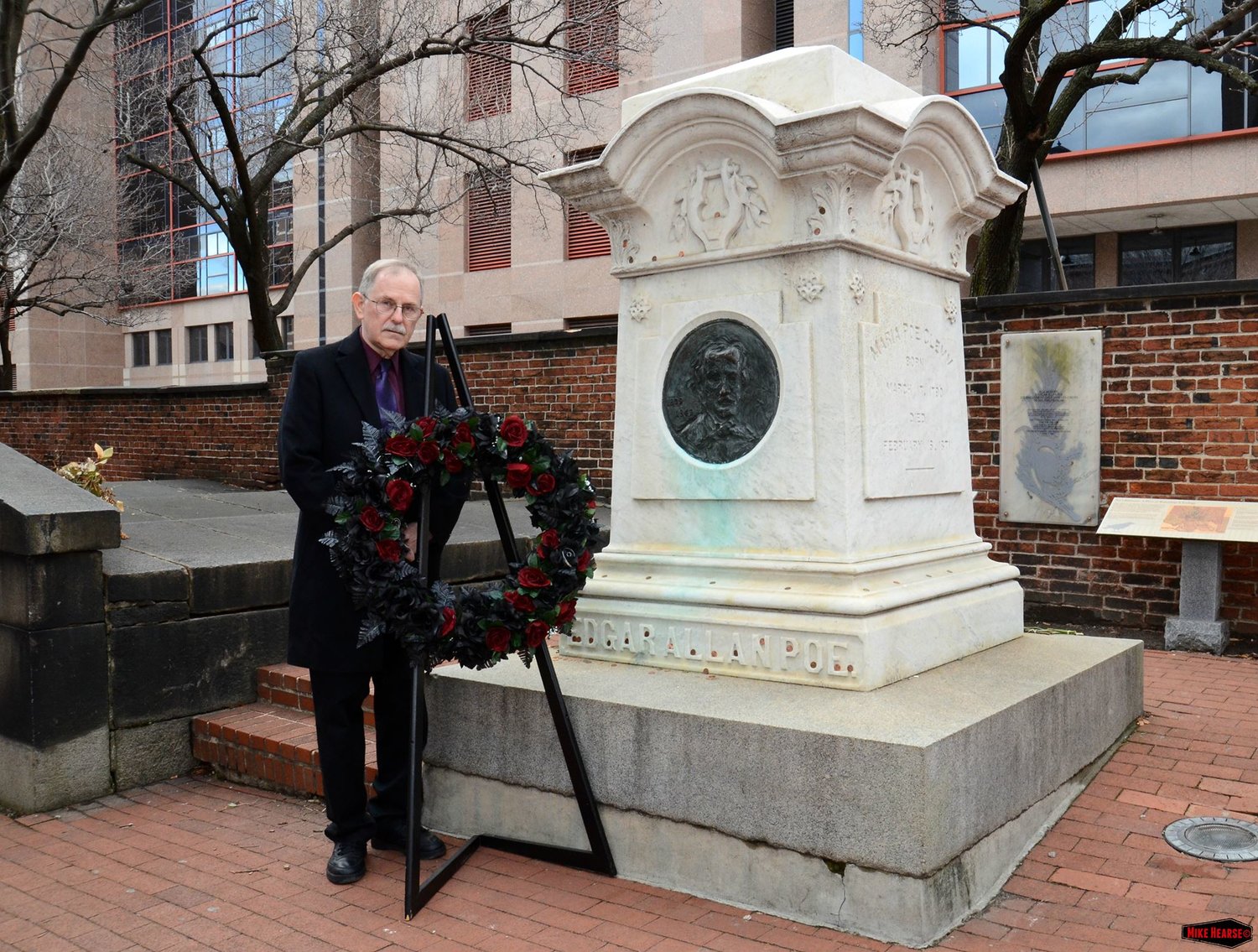 Jeff Jerome plans to broadcast a portion of this year’s event live from the Poe Monument in Baltimore. 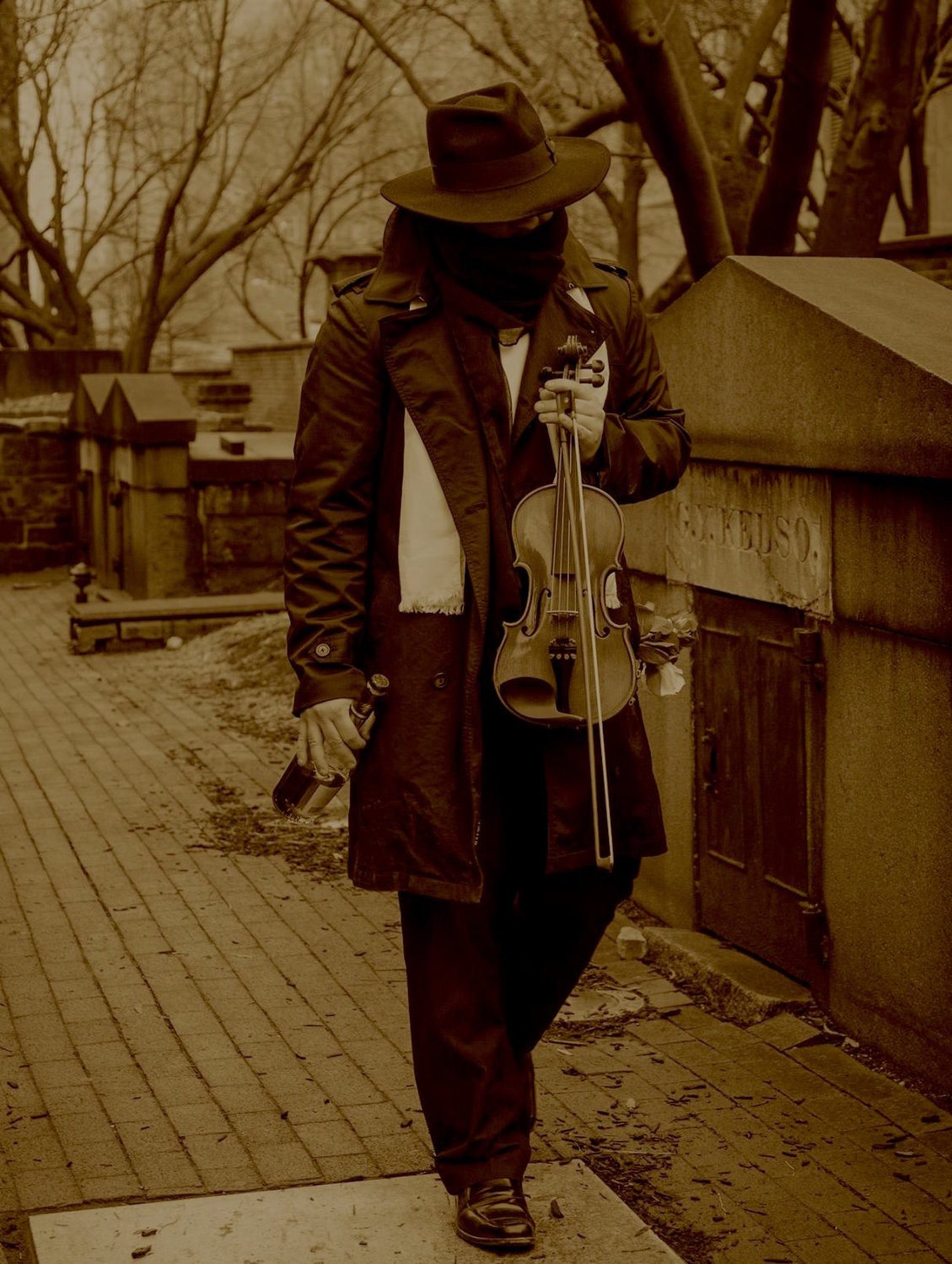 The mysterious Poe Toaster has been a subject of speculation for decades. This year’s Poe event will investigate the person’s identity. 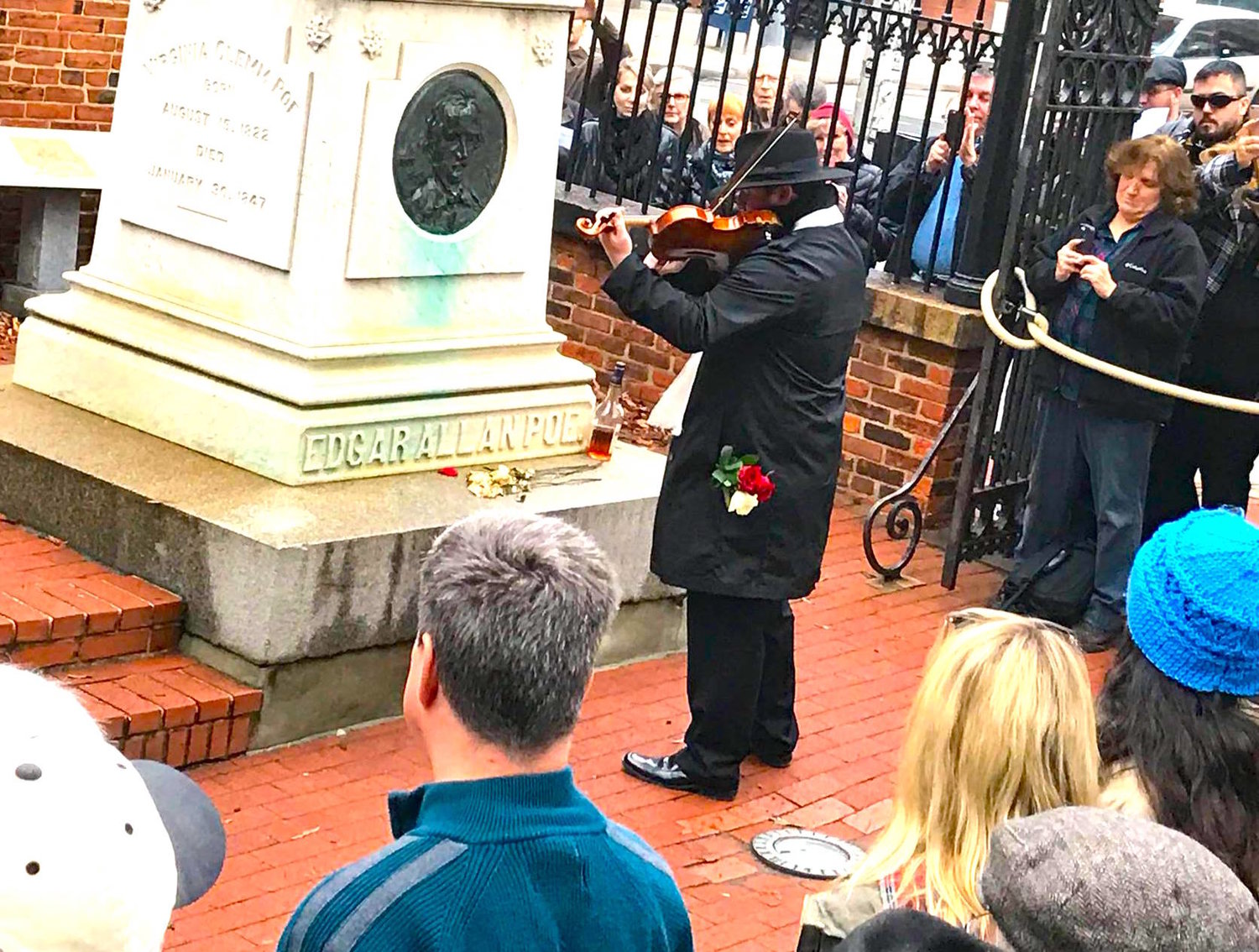 A new Poe Toaster appeared for the birthday ceremonies in 2017. 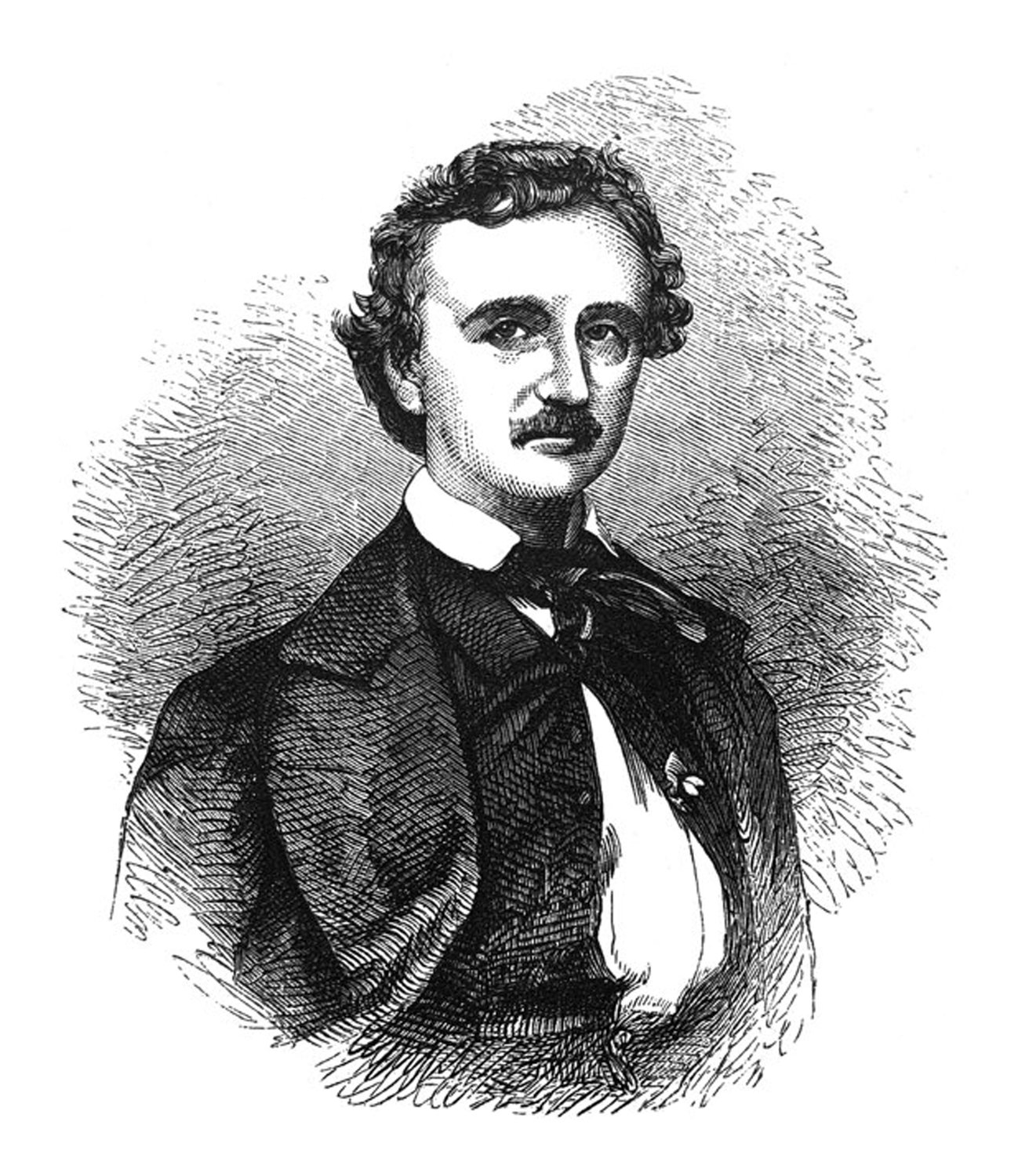 This illustration of Edgar Allan Poe was featured in Harper's magazine in 1872.
Previous Next
Posted Thursday, January 13, 2022 3:13 pm
Schedule Of Events

Segment I, Noon: “Once Upon A Midnight Dreary...Biblical and Theological Themes in the Raven” presented by the Rev. Joshua Lewis. This is not a sermon.

Segment II, 1:00pm: “Revenge Is Sweet! The Cask Of Amontillado!” Actor Tony Tsendeas presents a theatrical reading of this timeless Poe tale. Appropriately filmed in the Westminster catacombs. Followed by an encore repeat of the interview with Kurt Bragunier, owner of the Annabel Lee Tavern, from the 2021 birthday event.

Segment IV, 3:00pm: "The Riddle of the Poe Toaster." Jeff Jerome recalls the facts behind this unique and mysterious tribute to Poe.

Segment VI, 5:00pm: Amontillado toast to Poe at the Poe grave Monument. Join Jeff Jerome and Ron Savage from “The Ron Savage Show” on WCBM Radio 680am, as they toast the memory of Poe with an amontillado toast. A special Poe toast from beloved actor John Astin will be read along with the governor's proclamation proclaiming January 19 as Poe Remembrance Day in Maryland. On view will be a special birthday cake courtesy of the Annabel Lee Tavern.

Poe died in Baltimore on October 7, 1849, while passing through. There are currently 22 theories about his death. No one knows what happened to him. He died in a hospital.

When living in Baltimore in the early 1830s, he began his career as a short story writer and discovered that the public, while horrified and disgusted, liked the strange tales that he wrote.

Poe's grandfather, David Poe, was quartermaster general in Baltimore during the Revolutionary War. He also served in the War of 1812.

His wife, who died in 1845 and was interred in New York City, was moved to Baltimore in 1885 and his aunt Maria Clemm is also buried under the Poe Monument.

The annual Edgar Allan Poe birthday celebration is set for January 22 this year, and fans of the macabre can follow the festivities from their own tomb, crypt, vault or home.

For the second consecutive year, the celebration will be virtual due to COVID restrictions. A tradition since 1982, the event has activities from noon to 5:30pm.

This year’s activities include a theologian’s take on “The Raven,” actor Tony Tsendeas’ theatrical readings of “The Cask of Amontillado” and “Berenice,” a discussion on the riddle of the Poe Toaster, a tribute by the current Poe Toaster, and an Amontillado toast to Poe.

“When we do these birthday celebrations, not only do we want to entertain; we want to educate,” Jerome said. “We do the theatrical presentations and readings, but we also share something about Poe’s life that interests people.”

Some of the most common questions are about Poe’s death and about the Poe Toaster — the mysterious person who left three red roses and a bottle of cognac on Poe’s grave during the early morning hours of the author’s birthday from about 1949 to 2009. The Maryland Historical Society chose a new Poe Toaster to continue the tradition in 2015. Jerome is excited for that portion of this year’s program and the chance to dissect the mystery.

“Since I’m the one who has been observing this tradition for all these years, I figured I would seek out the truth,” Jerome said. “I can set the record straight on when it started and possibly who was doing this.”

Jerome said he had three suspects, but as each died, he had to reconsider everything he knew about the person’s identity.

Many internet sleuths have speculated that Jerome is the toaster, a rumor he put to rest. Because of the layout of Westminster Hall — where the birthday celebration is usually held — and Jerome’s job working for the City of Baltimore from 1979 to 2014, he said it would be an impossible task.

“If I was doing this, it would be fraud; I would be perpetrating a hoax,” he said. “I was with other people when the toaster appeared. I’d have to run from one spot, catch my breath, change into street clothing. The logistics don’t make sense.”

While Jerome may not be the Poe Toaster, he has a lifelong devotion to the author. His passion for stories started even sooner.

“I grew up with old Vincent Price movies and Roger Corben films,” he said. “I would walk to the corner theater when I was just 8 or 9 … and that got me hooked.”

Jerome rediscovered Poe’s works during his teenage years and started volunteering at the Westminster House in Baltimore before becoming the curator of the Poe House in 1979.

“Poe never gave up despite poverty, severe illness and people putting him down,” Jerome said. “I loved his stories and his struggle to maintain a living.”

The Poe birthday celebrations started as a simple event with friends, but those friends requested more: a story, a reading. It became a weekend full of festivities until Jerome had to scale back.

“I’ve had so much fun doing this because I see myself as serving a purpose,” Jerome said.

To fulfill that purpose of introducing people to Poe during this year’s celebration, Jerome and the Westminster House have started a GoFundMe campaign. They are seeking $1,000, an amount that will allow them to pay the actors and do the birthday toast.

“There are other birthday celebrations for Poe,” Jerome said. “This is the only one where we have his grave.”

As Jerome noted, Poe based his stories on actual occurrences ripped from the headlines. “He never wrote about werewolves, monsters or Frankenstein,” Jerome said, emphasizing that Poe also wrote adventure and comedy stories.

“Most people think of Edgar Allan Poe as this guy who sat in his garret and wrote these stories. For someone who never finished college, he was very intelligent,” Jerome said. “For example, ‘The Raven’ is full of biblical references. He was also way ahead of his time in his ideas related to science fiction. He was always learning. He was more than a spooky guy who wrote spooky stories.”