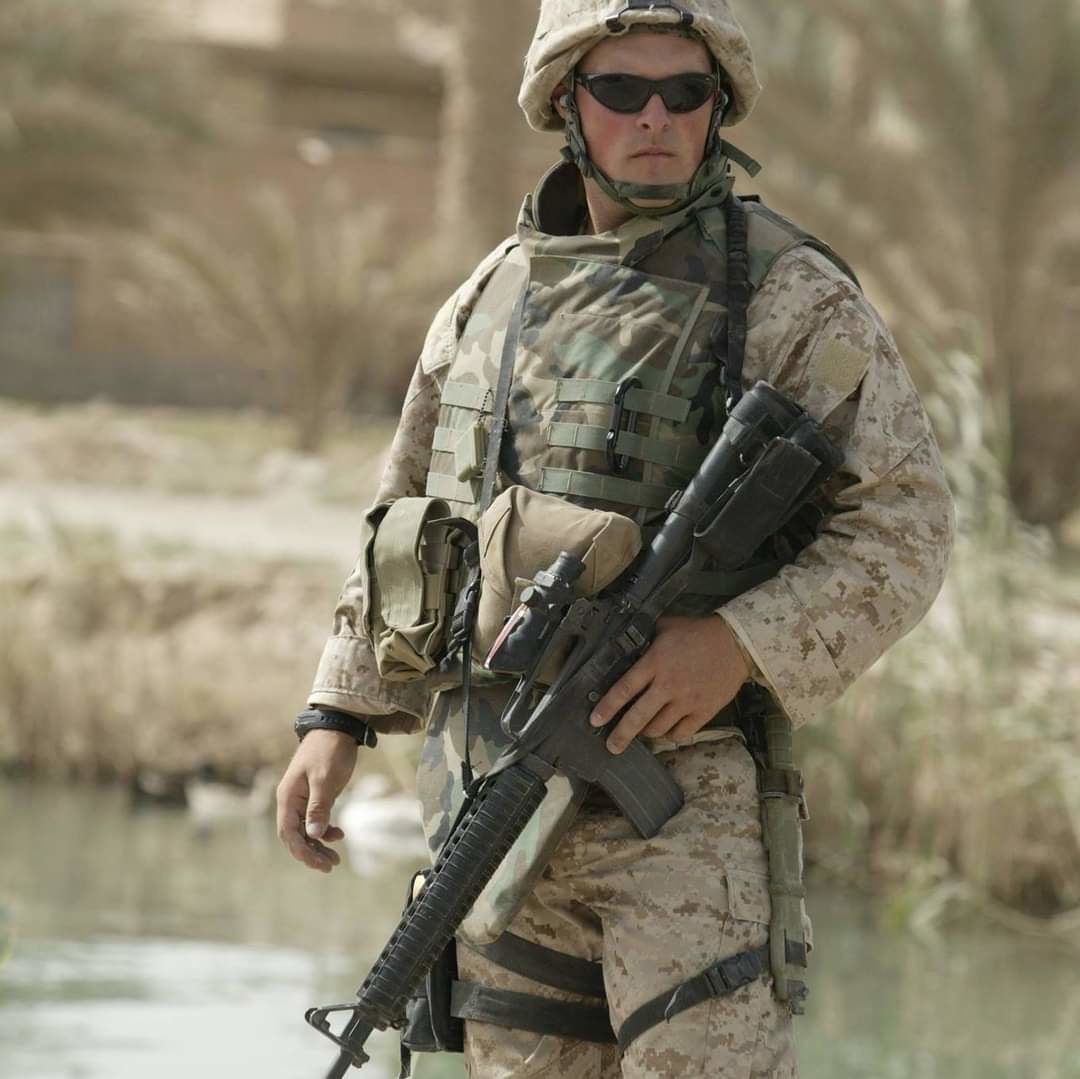 Robert Higdon provided street corner overwatch during a meeting between U.S. forces and a local tribal leader in Fallujah during 2005. 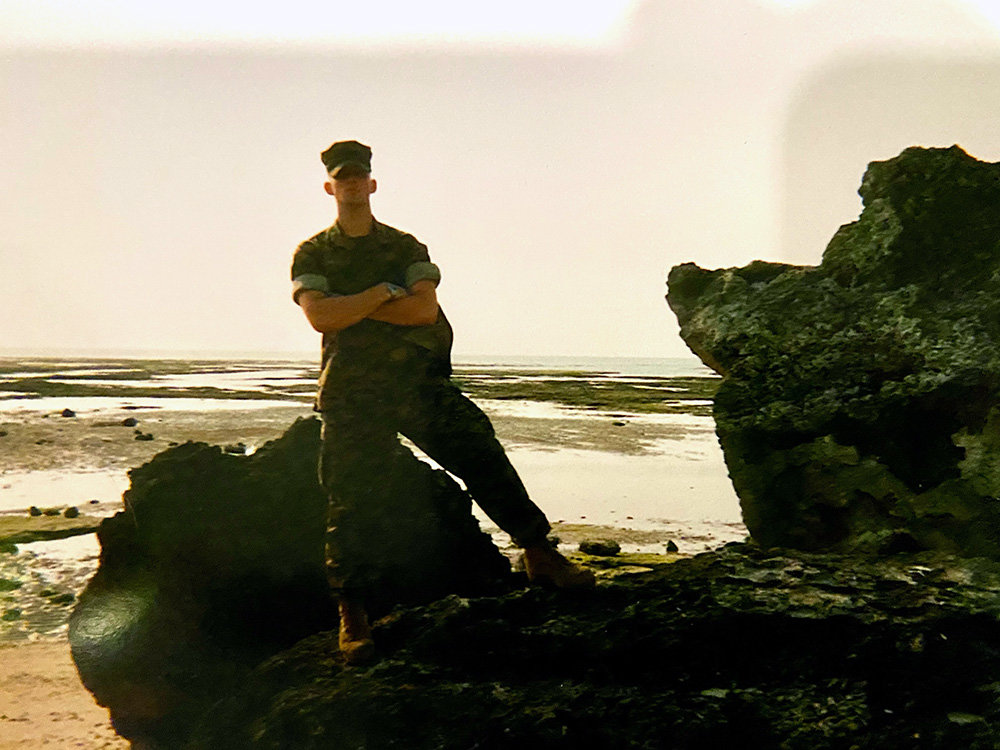 Jonathan Higdon was stationed in Okinawa, Japan, in 2005. 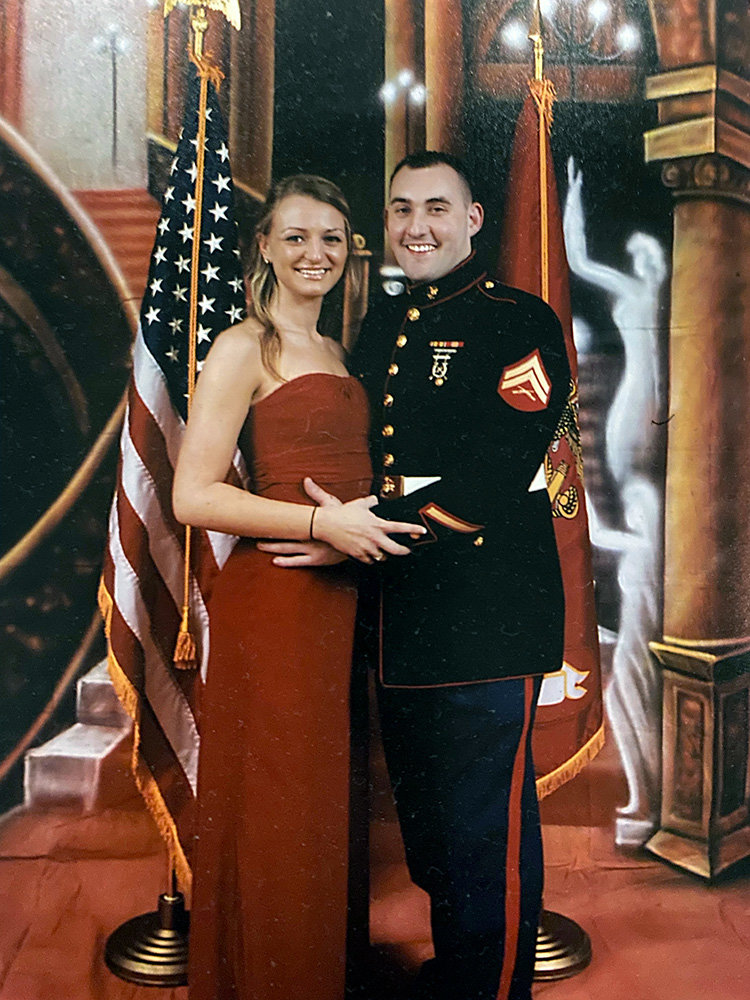 When Veterans Day arrives on November 11, it will mark one of the few days each year when Americans collectively think about military members and the sacrifices they have made for civilians here at home.

But just because November 11 serves as a day to honor veterans does not mean it should be the only such day. In that spirit, the Voice staff collected some new stories from veterans while also sharing memories from others who were previously highlighted in the newspaper.

Following his time at Severna Park High School, Robert Higdon was planning to go to a vocational-technical school to become an auto mechanic. Instead, he learned that a military reserve unit in Baltimore offered a welding program. Following in the steps of his grandfather, who served in the Korean War, Robert joined the United States Marine Corps.

He was called to active duty in 2004 and was in Camp Fallujah in Iraq by 2005. Following a nine-month deployment, Robert earned a Combat Action Ribbon and then a Navy Achievement Medal. Robert said he saved another Marine’s life, but as for the specific details, he prefers not to brag.

Robert said he was part of a civil affairs group that rebuilt schools and brought water to communities.

“Children made that place somewhat tolerable,” he said. “In war, things get destroyed, whether by us or by the Taliban. We handed out soccer balls and candy, and we tried to do something positive.”

Just a few years after he joined the Marine Corps, his brother, Jonathan, also enlisted. Jonathan ultimately spent most of his time in Japan.

“Being 18 years old and going all around the world was eye-opening,” said Jonathan, whose occupation was logistics. “We were basically the UPS of the Marine Corps. We would move nuts and bolts to tank parts.”

Perhaps the military’s greatest gift to Johnathan was the relationships formed with people from all walks of life.

“I had people at my wedding who I would have never met,” he said. “You develop relationships and it’s a brotherhood that you have for life.”

Robert and Jonathan currently work together for a fire protection company.

Roughly six decades before the Higdon brothers joined the Marines, William Hahn served in the United States Navy as a turret gunner during World War II. The Arnold resident and 98-year-old veteran recalled being in a movie theater during the attack on Pearl Harbor on December 7, 1941. The movie never stopped rolling, but he heard the news from outside.

“I knew as soon as Pearl Harbor, I was bound to go,” Hahn said. “I wasn’t going to wait to get drafted.”

Hahn was stationed on the USS Alabama. The ship eventually led the American fleet into Tokyo Bay on September 5, 1945, after the atomic bombings of Hiroshima and Nagasaki.

When the war ended in 1945, Hahn finished his obligation with the military and went home to his family.

“I signed up, my rank was seaman first class, and I had a V6, and what that meant I didn’t know until way after,” Hahn said. “It meant I was obligated for six months after the war. Well, it took that long to get back from Japan. We stayed out there for a while to patrol.”

Even though his Navy days are in the past, Hahn has not strayed from the water. He worked on a charter boat in Florida for two winters, had a family home on the Magothy River and has been canoeing competitively for 50 years.

Earl Daff was stationed near Frankfurt, Germany, in World War II and was in the 101st Airborne Division during the Korean War. A volunteer for Operation Welcome Home, Daff spoke to the Voice in 2020 prior to his 95th birthday party, which was held at his daughter’s Severna Park home.

As a member of the Army Reserves, Daff was recalled to active duty, shipping out from San Francisco to North Korea in 1950 after North Korean communist forces invaded South Korea. There, he worked with the 212th Railroad Battalion and the 831st Engineer Aviation Battalion, helping to transport ammunition to the front lines.

“It was 40 below zero in some places in Korea,” Daff said. “A lot of people got frostbite and lost their toes.”

“It is emotional because when the troops come through and see his World War II and Korean War hat, they thank him for his service,” said one of Daff’s two daughters, Brenda January. “And the best part might be the kids who come up to him. It’s really genuine.”

William “Bill” Wild III was aware that his father served in the Marines, but he had his own plans: he wanted to become a police officer. Before that happened, he joined the Air Force in 1985, working on the aircraft security side, and spent 29 years in the Air Force Reserves.

“It doesn’t work for everybody,” he said. “You miss time with your family while you ascend through the ranks.”

His son, William “Taylor” Wild IV, would later decide to join the Marines. Taylor died in 2013 while training for his third deployment.

“He knew what he wanted to do, what career field,” Bill said of Taylor. “Once he set his mind to something, he would do it. I could see his conviction.”

With Veterans Day in November, Bill observed that Anne Arundel County residents are mindful of the sacrifices military members have made.

“I think sometimes we take our service members for granted,” he said. “We have the Gold Star memorial by the B&A Trail and we have the World War II memorial by the Naval Academy Bridge. It’s easy to go, ‘We should stop by sometime.’ In this community, not just Severna Park but Anne Arundel County with Fort Meade and the Naval Academy, I don’t think it’s taken for granted as much because people see it every day.”

To some veterans, like Jonathan Higdon, it’s important that people recognize the true meaning of the day.

“Veterans Day is all about people who serve our military and paved the way for the freedoms we have,” Jonathan said. “It’s a day of remembrance, not a holiday.”