Charlotte Kramer Is A Force For Falcons Field Hockey 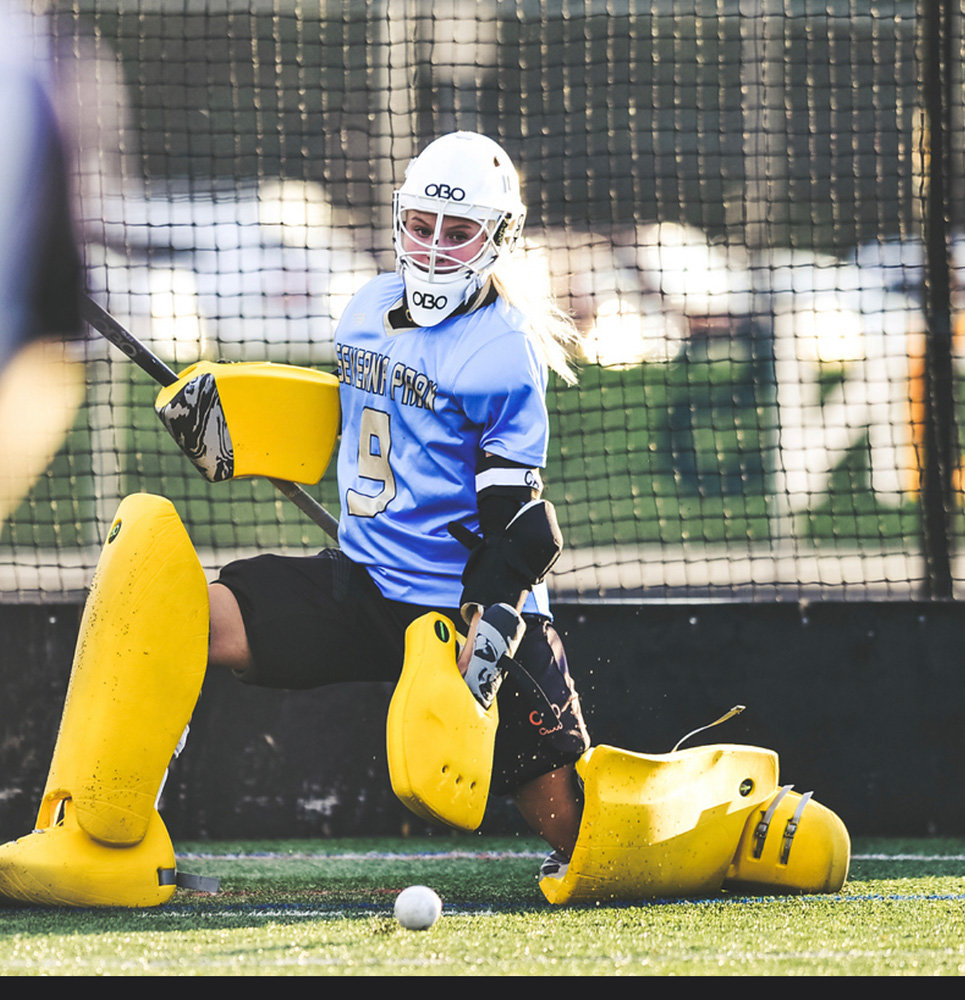 Historically, it’s rare for freshmen to make varsity for the Severna Park High School field hockey team. Senior Charlotte “Charley” Kramer not only achieved that honor but went on to start as the Falcons goalie for four years.

“She is a reliable force in the cage who also directs the defense in front of her during games,” said Shannon Garden, head varsity field hockey coach at Severna Park High School. “She is dynamic and fearless in the cage and has played a pivotal role in Severna Park's last two state championships.”

Long before her senior season and the honors and accolades began, Kramer was already putting in the work to prepare her for where she is now. Kramer began playing field hockey nine years ago when she was in third grade. The senior credits her dad, former Hofstra University lacrosse player Larry Kramer, for drawing her interests toward the goalie position.

“Part of the reason I started the position was because of how much I looked up to my dad, who was a collegiate lacrosse goalie,” Charley Kramer said. “Growing up, I always loved to play the position no matter if it was soccer, lacrosse or field hockey.”

Her father said he knew she was going to be great right away.

“She always wanted to play goalie, and she was a natural from the beginning,” said the elder Kramer. “She had no fear.”

Charley Kramer gave up other sports by sixth grade to focus on field hockey exclusively. It was a move that paid off. Her recognitions alone make it clear how the four-year starter is now slated to play field hockey at Boston College following graduation.

Just one of the season’s highlights for Kramer came in a game this season against Delmar, where she saved 17 shots.

The standout goalie credits her many coaches, like Garden, as part of her success. Additionally, Kramer has been driving to Pennsylvania over the past few years to train with some of the top goalie coaches, which Kramer credits for improving her game.

“Charlotte is one of the best because she works on her craft continuously off season with her club coaches,” Garden said.

It’s clear Kramer is just getting started. With her natural abilities, work ethic and focus, the senior goalie is set up for success when she heads to Boston next year.

“It has been a great four years of field hockey at Severna Park High School, and it will be tough to see it all end,” Kramer said. “But I am looking forward to the next chapter of my field hockey career at Boston College and all the new experiences I will make there!”