Chartwell: Where Neighbors Are Family 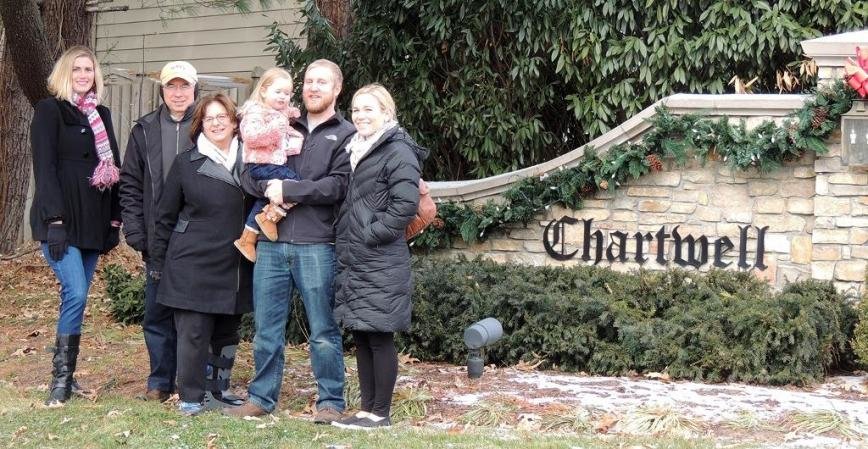 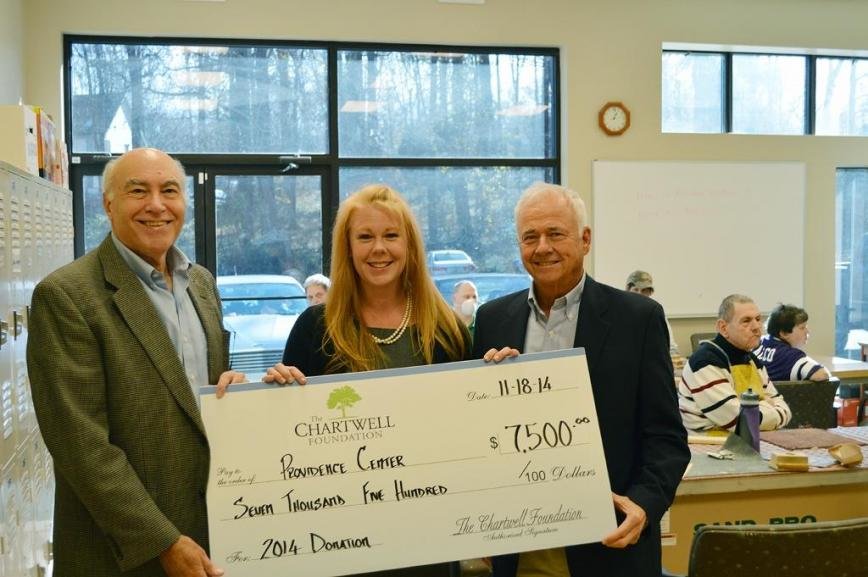 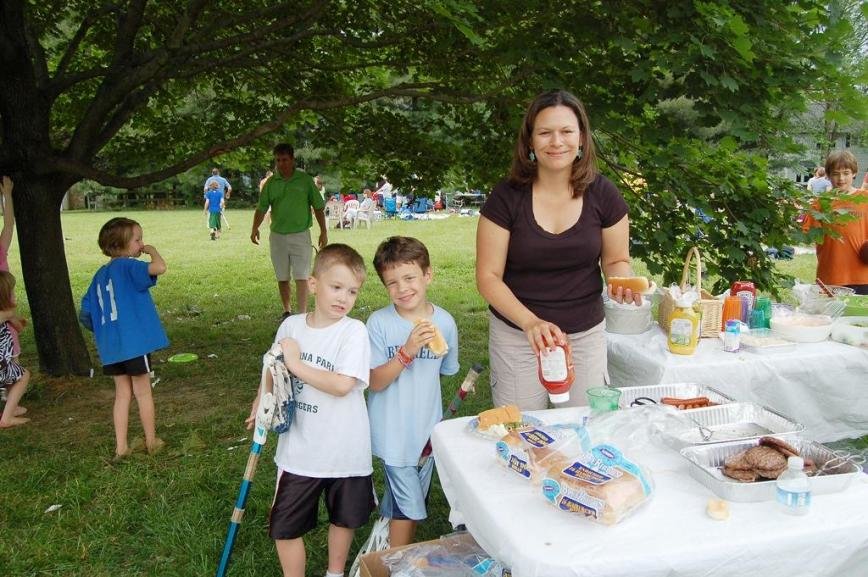 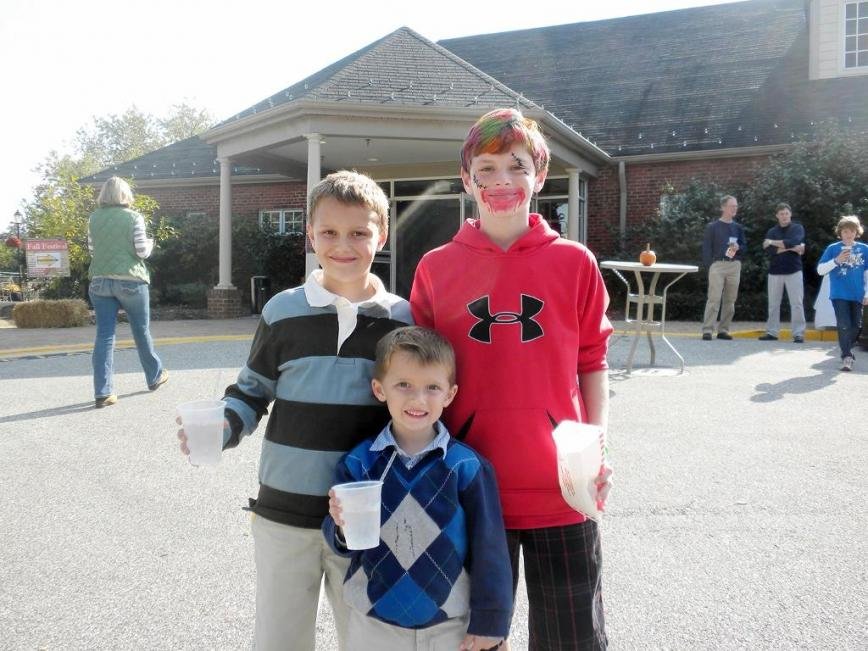 Wrapped around a pristine golf and country club, Chartwell is a quiet community of approximately 600 homes. Residents can enjoy the St. Andrew’s pool and tennis courts, with swim and tennis teams, and they are within walking distance of Kinder Farm Park.

There is always something to do — a neighborhood yard sale, a Halloween pizza party, or a summer crab feast that brings residents together.

The community is zoned for Benfield Elementary and within walking distance of Severna Park Middle School. Many young families live in Chartwell after growing up in the neighborhood; some have even purchased their parents’ homes. Neighbors are lifelong friends who truly look out for one another, from helping with snow removal to picking up mail and papers when on vacation.

The Luhta family of five moved to Maryland from Ohio, and lived in a Severna Park neighborhood until they decided to buy in Chartwell.

They chose Chartwell “first, based on the elementary school, and then Chartwell had the greatest selection of available properties that fit our needs,” said Klaus. “Friends in the neighborhood also recommended it to us.”

“Chartwell is unique because it’s a neighborhood that has maintained its reputation and allure over many decades,” said Krista. “We know many families whose grown children have returned to raise their own families. We think that is special.”

Krista also said her children are attending Benfield Elementary School and she and Klaus “couldn’t be more pleased.”

“Chartwell is like going back in time to old Americana. Neighbors know each other and take care of each other,” said Klaus. “We have lived in various places around the country and we haven’t experienced this anywhere else.”

Tom and Cindi Gallagher moved from Charlotte, North Carolina, to Chartridge in 1984, and into Chartwell in 2001.

“We didn’t want to leave Severna Park!” said Cindi. “We loved Chartwell’s homes, the lot sizes and mature trees. We also wanted our children to be able to participate on the neighborhood swim team.”

With young children, the Gallaghers appreciated the close proximity and walking distance of Kinder Farm Park and the middle school. Their children attended St. John the Evangelist School; however, their granddaughter will attend Benfield Elementary School.

Cindi said Chartwell is unique because of the number of families that are multigenerational, and she noted that “neighbors on both sides of us bought their homes from their parents and have moved into them with their young families.” The Gallaghers’ daughter, Katie Dondero, also lives in Chartwell.

The Dondero family moved to Maryland in 1979 when Tony started work at W.R. Grace & Company in Curtis Bay. The family moved to Severna Park in 1985 and settled permanently in Chartwell in 1991, right before the birth of their third child.

“We were attracted to the mature surroundings, large yards and the individuality of the homes,” said Tony. “Little did we know how wonderful the neighbors would be. They are more than neighbors; they are our friends. We celebrate christenings, First Communions, graduations and anniversaries together.”

Adam and Katie (Gallagher) Dondero both grew up in Severna Park and Chartwell, so it’s really no surprise that they chose the community for their own home.

Adam is the son of Tony and Alyce Dondero, and Katie is the daughter of Tom and Cindi Gallagher.

“We both attended preschool and kindergarten in Severna Park, and attended church and school at St. John the Evangelist,” said Katie. They moved into their own Chartwell home in 2017.

“We knew we wanted to be back in Severna Park because we both enjoyed the small community feel of the town we grew up in, but we specifically chose Chartwell because of the quality of the homes, size of the lots, and location,” said Katie. “I commute to Baltimore City, and Adam commutes to various job sites in the Delmarva area, so ease of highway access was important to us for commuting times.

“We love that the homes are older with ‘good bones,’ and we were specifically looking for a home that had not been renovated that we could update ourselves,” continued Katie. “The homes have their own character and don’t feel ‘builder grade.’ The size of the lots gives us space between our neighbors and enough room for our dog to run. The mature trees make the neighborhood feel less commercialized and more established.”

Katie highly recommends Chartwell to anyone considering moving into Severna Park. “Our neighbors were extremely welcoming when we moved in,” she said. “We live on a cul-de-sac, and we had met almost everyone on our court by the end of the first week. We have borrowed tools, shared leaf pickups and enjoyed holiday parties together.”