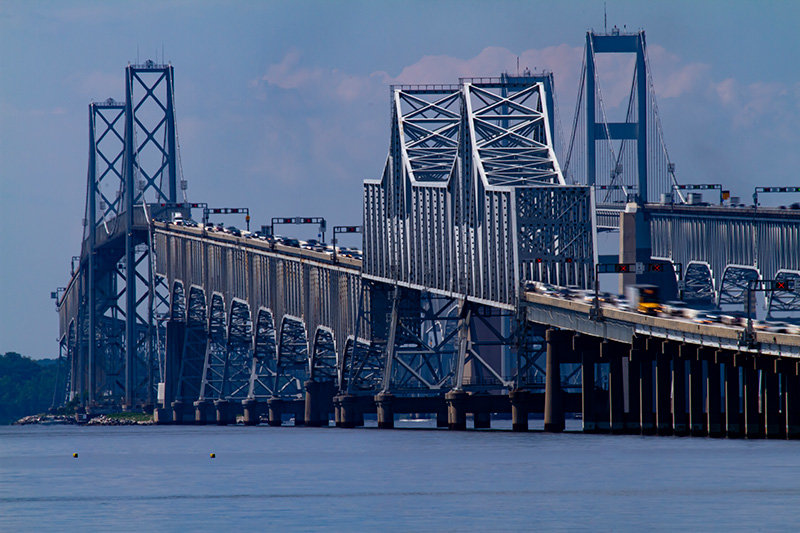 The Anne Arundel County Council, by a vote of 6-1 on October 4, called for the State of Maryland to construct a replacement of the current two spans of the Chesapeake Bay Bridge with a single bridge in the same location.

The resolution called for a minimum of eight travel lanes to provide adequate capacity and dependable travel times. One week prior, Queen Anne's County passed Resolution 21.17, which aligns the two neighboring counties in this call to action.

“As the lead sponsor of the resolution, I feel confident that this is a significant moment for Anne Arundel County, a step toward traffic relief on our local roads so residents can move freely again,” said Councilwoman Amanda Fiedler, who represents District 5, where the western landing of the Bay Bridge is located. “A third span at the current location, or an alternate location, will not fix traffic in the long term for either Anne Arundel or Queen Anne's County.”

The Anne Arundel County Council previously passed Resolution 32-21, which asked the state to pause in the Bay Bridge Tier 1 study before determining a location of a third span. The passage of Resolution No. 49-21 marks support for finalizing the Tier 1 location decision with a full replacement at the existing location and encouraging the urgent funding of Tier 2 of the study, which will determine the scope and size of a replacement bridge. That study will also consider environmental features and state right of way.

“I am pleased with this collaborative effort that acknowledges the inevitable need to replace our aging bridge spans,” said Councilwoman Lisa Rodvien, who represents District 6. “The proposal also leaves room for transit options that will help us address traffic and environmental impacts of travel across the Chesapeake Bay.”

Councilman Nathan Volke, whose Pasadena district was under study for a new span of the Bay Bridge, added, “The challenges of locating a new bridge elsewhere in Anne Arundel County are nearly impossible. The council’s actions demonstrate a clear desire to protect existing communities throughout the county, at the existing site and beyond.”

Resolution 49-21 requests immediate funding of Tier 2 of the Environmental Impact Study, required by the federal government in order for federal funds to be released for a capital project. Governor Larry Hogan is set to announce his budget proposal in January.

Hogan has said that the only solution he will accept is a third span of the Bay Bridge. Michael Ricci, the director of communications for the governor’s office, said there is room for compromise.

“We consider this important progress, since it shows that the counties recognize the need to do something about the traffic on the Bay Bridge,” Ricci said. “What form that solution takes will be determined down the line through further study.”