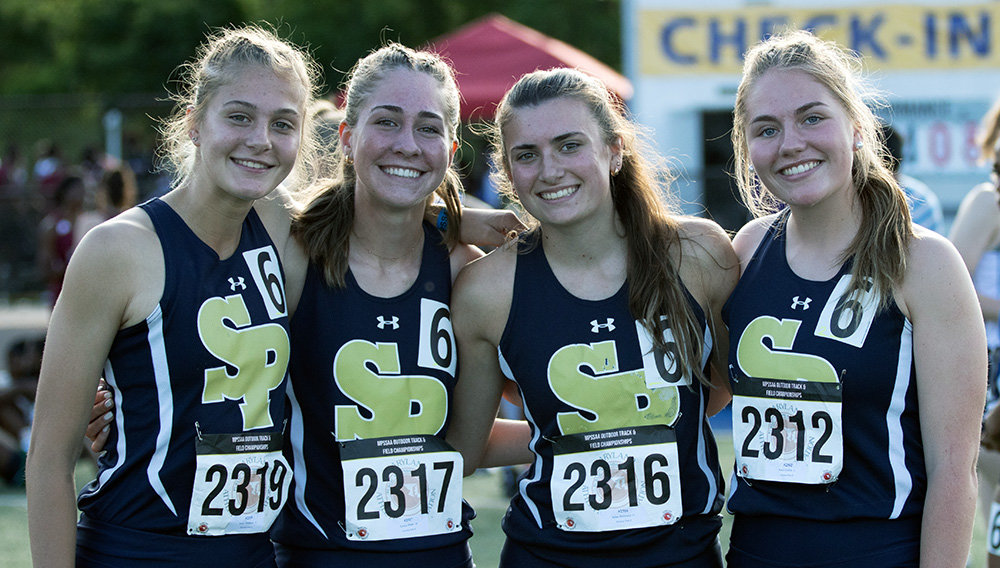 The Severna Park girls are returning essentially the same varsity team from last year. Several athletes also competed on the track and field team during the state final in the spring.
Photos courtesy of Naptown Studios 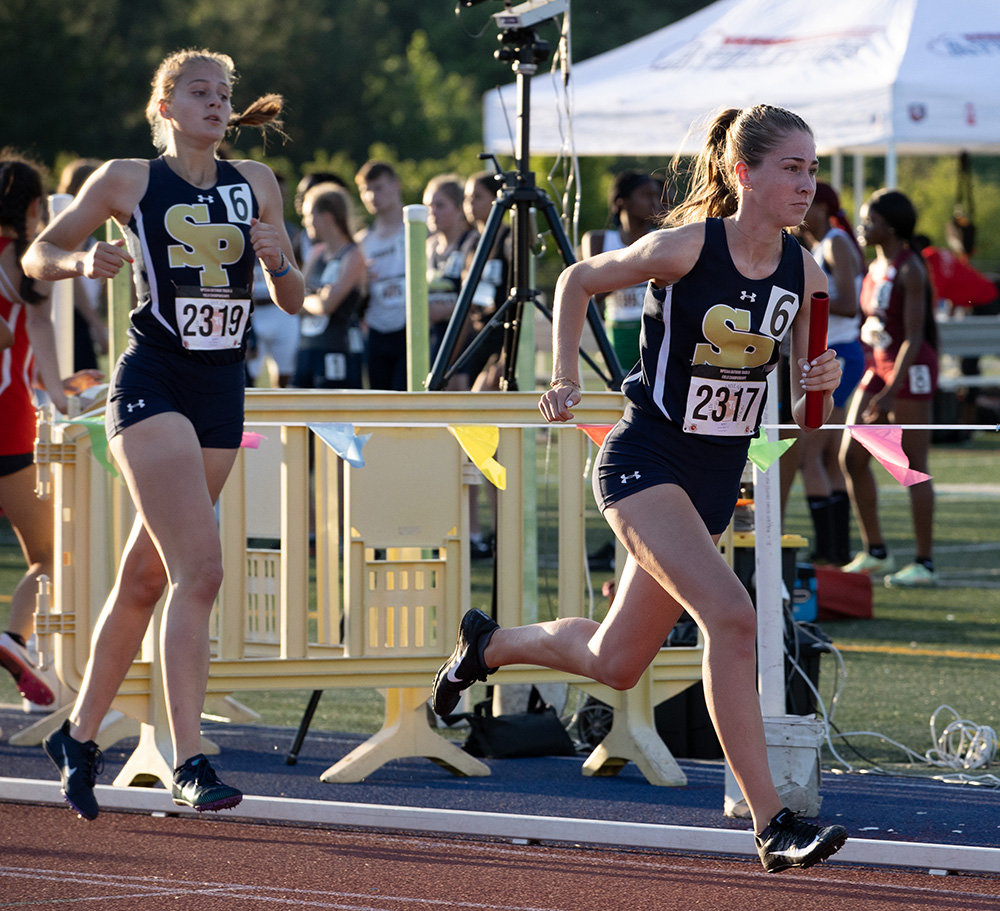 The Severna Park girls are returning essentially the same varsity team from last year. Several athletes also competed on the track and field team during the state final in the spring.
Photos courtesy of Naptown Studios
Previous Next
Posted Monday, September 5, 2022 12:00 am
By Conor Doherty

Among the many sports Anne Arundel County schools play each year, cross country is one in which they excel most. Both Severna Park and Broadneck are coming off state titles from last year while Archbishop Spalding and Severn School will try to top their respective conferences.

Severna Park’s boys cross country/track and field program had a historic 2021-2022 season, as they completed the triple crown, winning the 4A state titles in cross country, indoor track and field, and outdoor track and field. The program’s recent success starts with cross country, which has become a dynasty in recent years, having won the last four state titles. To continue their streak, the team will have to overcome the graduation of Tyler Canaday, Chris Kirchner and several other top runners, a task that head coach Josh Alcombright said will be a challenge.

“On the boys side, it’s ‘constructing’ an almost brand-new varsity squad than the one we had at the state meet last year, as there’s just one returning boy that ran last year,” Alcombright said.

“While on the girls side, it is being able to handle some lofty expectations. The girls are returning essentially the same varsity team that we had last year, and we have added some really good talent as well. So, we should be able to compete for the win in every meet that we contest.”

For the girls squad, those lofty expectations will include improving upon their fourth-place finish at states last year, which was a fall from second place at the last state finals, held in 2019.

Broadneck’s girls cross country had the better finish at states for the team last year, finishing second, just 13 points behind Walter Johnson. The team will miss Mollie Fenn, who finished second at states. Thankfully for the Bruins, they have Emma Kerr, a rising senior who finished 10th, to help fill that loss.

Meanwhile, the Broadneck boys squad have more of a hill to climb if they hope to fight for a state title as they finished eighth at states. Rising senior Ryan Gibb will be a key leader for the team as he was the highest finisher on the squad, in 16th place. Another member to keep an eye on will be Bryce Clark, who finished 25th at states.

Spalding had an average cross country campaign last year as neither squad was able to win their conference’s title. The boys squad went 4-4 and finished seventh out of eight teams in the Maryland Interscholastic Athletic Association (MIAA) championships and seventh again in the Maryland private schools state championships. The highest finisher from the MIAA championships who will be on the squad this season is Paul Daly. He, along with Tarik Harris, look to be two of the most important runners for the boys squad this year.

The girls finished 5-3, but they couldn’t translate that into a high finish at the MIAA championships as they ended in fifth place. However, rising junior Grace Doerschner will continue to be the squad’s best runner as she finished third in the 5K run at the Interscholastic Athletic Association of Maryland (IAAM) championships. However, despite Doerschner’s great finish, Spalding couldn’t add many more points as no other Spalding runner finished in the top 25. But with Doerschner leading the way, Spalding looks to be able to compete more this season.

Severn School is coming off one of their most successful athletic years of all time, as the Admirals won seven titles during the 2021-2022 school year. And cross country was a major reason why as both squads won the IAAM Class B conference titles.

For the girls team, it was their first title since 2014. Head coach Richard Zmuda was named IAAM Cross Country Coach of the Year. Many of the team’s top runners will come back, including four rising seniors who all finished in the top 10 at the IAAM championships: Anna Erskine, Grace Curtis, Grace Cowell and Kate Hilburn. But the best runner on the team might be Ella Forte, who as a freshman last year finished third, the highest of all of Severn’s runners. All five girls helped Severn win by a remarkable 42 points.

Not to be outdone, the boys won a title but by a much closer margin. Led by rising senior Jamison Wildt, who finished eighth, and rising sophomore Timothy Wright, who finished 11th, the Admirals were able to beat Boys Latin to the title by just four points. With those two and senior Louis Lentz, Severn will look to continue their winning ways.