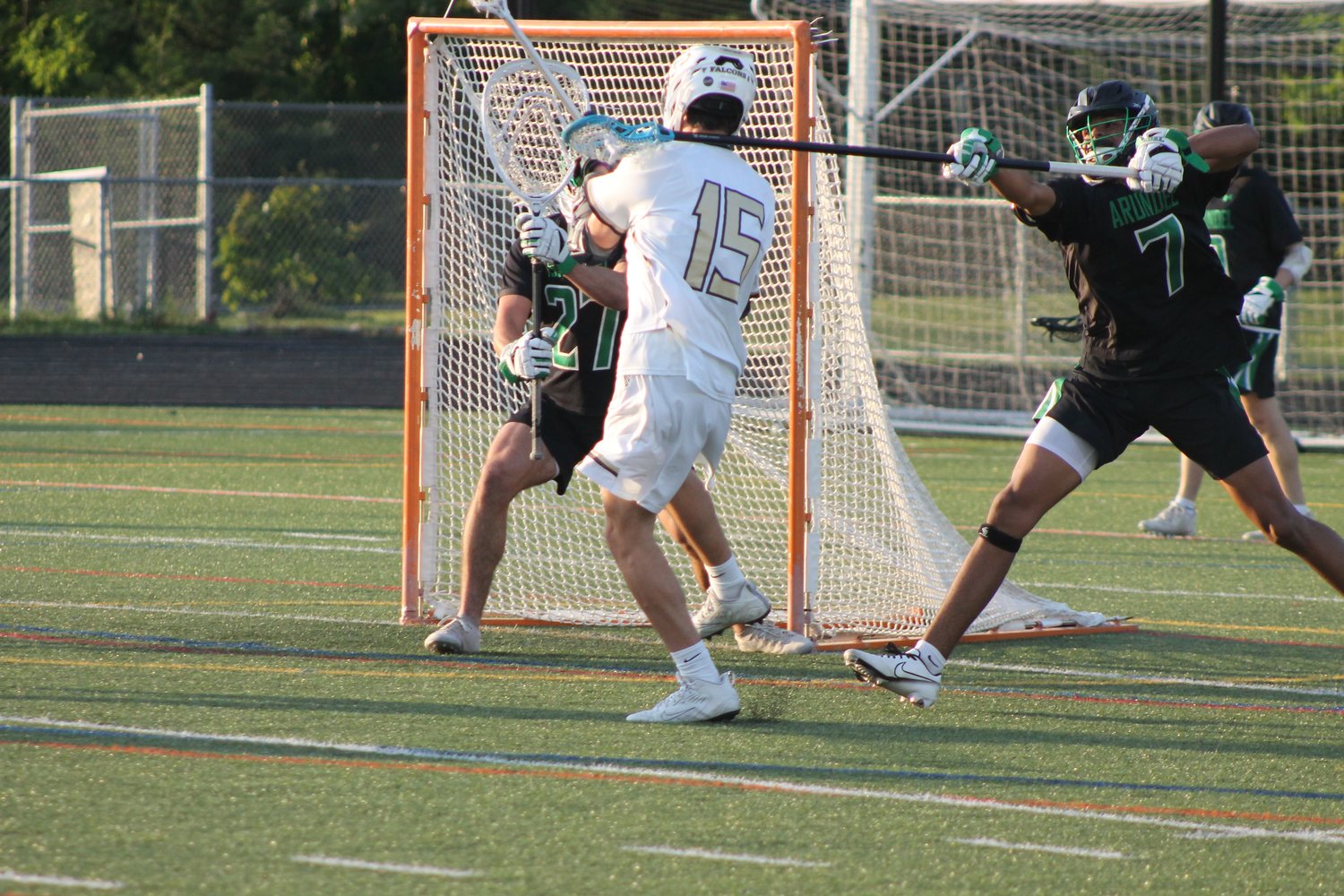 Nolan Zborai scored a goal on this shot versus Arundel in the regional finals.
Photo by Conor Doherty
Posted Wednesday, May 18, 2022 10:13 am
By Conor Doherty

The Severna Park Falcons boys lacrosse team continued their march toward another state title as they took down Arundel 15-4 to win the region finals Tuesday night.

While the Falcon’s quicky got out to a 4-0 lead in the first quarter, the Arundel defense was able to force some sloppy mistakes by the Falcons that limited any further damage.

But the Falcons were able to overcome those mistakes and put the game away in the second half. Joaquin Villagomez led the Falcons offense with four goals while Parker Sealey had two goals as the Falcons offense found another gear in the third quarter, scoring five goals in less than four minutes.

Just like against Crofton, Falcons head coach Dave Earl was able to empty out his bench and give the players who will start next year some valuable playing time to help them be ready.

“To share a moment like this is awesome,” Earl said. “These are guys who don’t get in as much during the tighter games, so when we can get them in, its just an awesome thing because they work just as hard as anybody else and they’re a huge reason we are so successful, those guys who buy into and support their teammates.”

With the win, the Falcons move on to the state quarterfinals Wednesday evening at 7:00pm. The game will be played on the No. 2 turf field behind the main stadium.