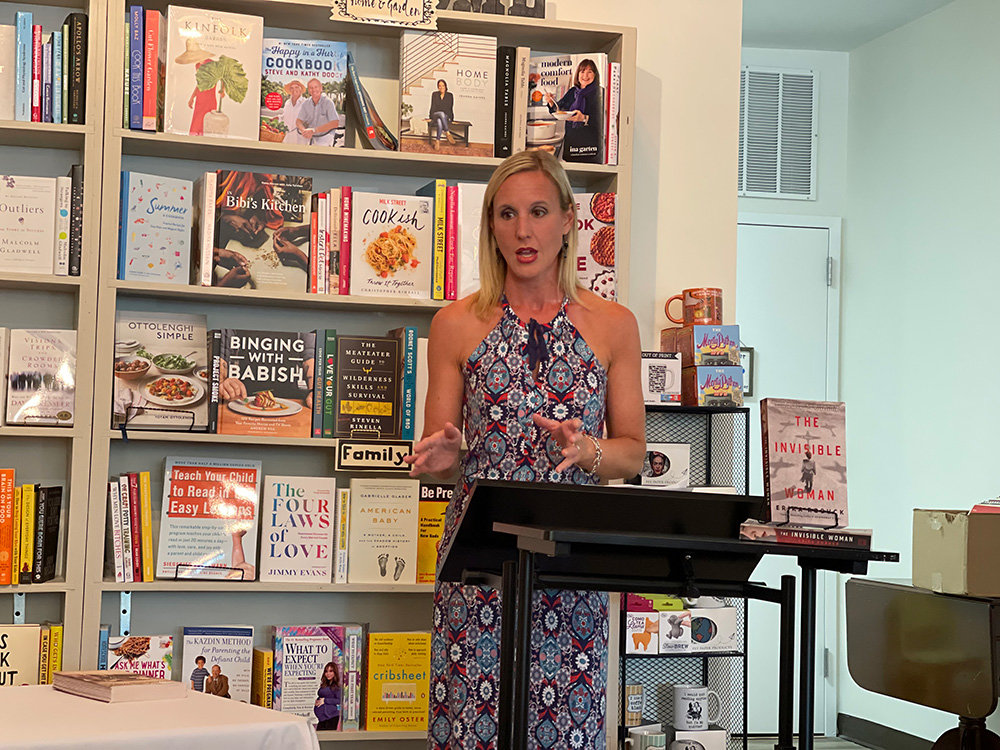 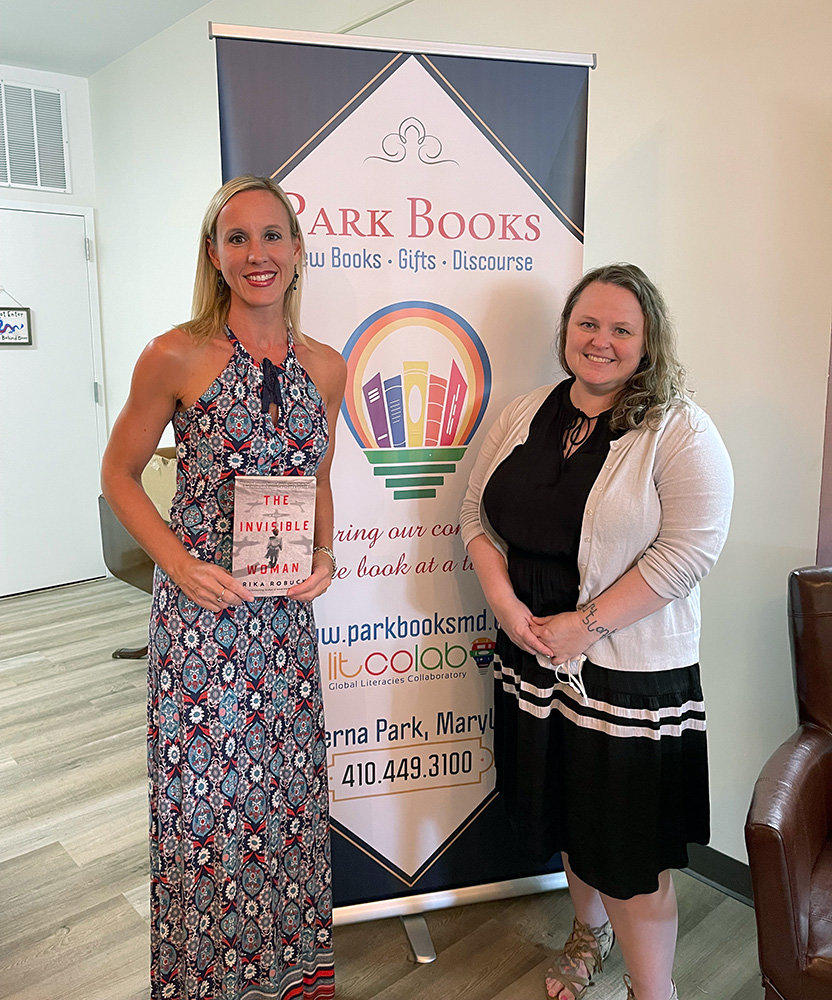 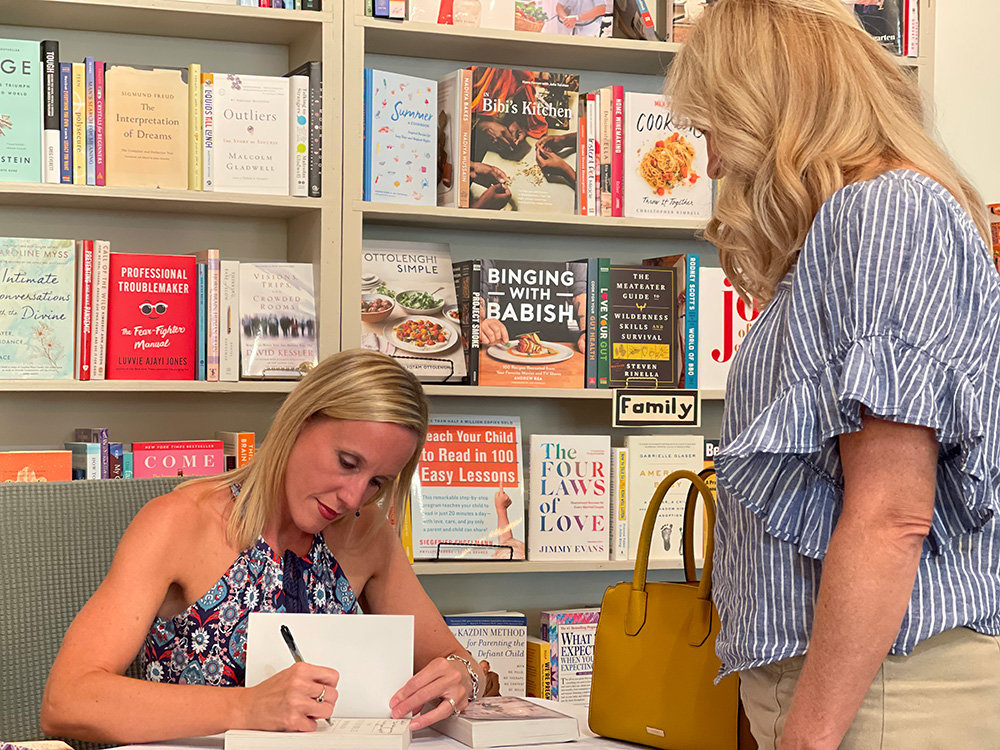 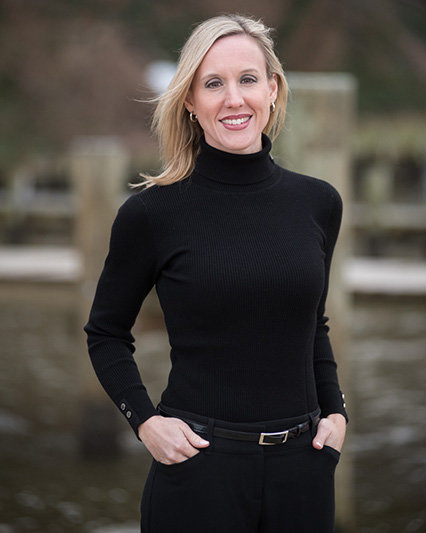 Erika Robuck has always loved a good story. Whether it was her father’s daily ghost stories en route to school dropoff, or her aunt’s frequent gifting of books, Robuck was a voracious reader and writer at an early age.

Beyond the story itself, Robuck was enthralled with the history of the characters and the time in which the story was set.

Along the way, Robuck learned a quote by one of her favorite authors, Toni Morrison: “If there’s a book you really want to read, but it hasn’t been written yet, then you must write it.”

Robuck accepted Morrison’s challenge and in February 2021 released her seventh novel, “An Invisible Woman,” a historical fiction novel about a real Baltimore woman who was a spy in Nazi-occupied France during World War II. On September 2, Robuck held a Q&A and book signing for the public at Park Books & Literacy Lab in Severna Park.

Robuck’s passion for history drives her fascination of the lesser known, or unknown, people who played a prominent yet silent role in getting us to where we are now. After publishing “Hemmingway’s Girl” and “Call Me Zelda,” which were about the muses of famous men, Robuck set out to find a strong female lead for her next title.

“I am constantly haunted by characters with something to say and a story to tell!” said Robuck. “Subjects find me.”

A Severna Park native and lover of all things Washington, D.C., Annapolis and Baltimore history, Robuck wondered why she had not heard of Virginia Hall.

“It was just a very brief mention,” said Robuck, “but I was intrigued.” That chance encounter in a Smithsonian Magazine started a research project that not only unearthed a fascinating protagonist for her next book but also an unexpected yet lovely meeting with a Hall decedent.

“Virginia left me breadcrumbs!” explained Robuck. “I’d exhaust a lead which produced a little information, but then I’d find another breadcrumb.”

“The Invisible Woman” is set in France in March of 1944. Baltimore native Virginia Hall was enchanted with all things Parisian. When France, her second home, fell to Nazi occupation, Hall was recruited as an Allied spy and would give her life to defend the countries she loved.

Robuck’s attention to detail is exquisite. Even if the reader has never read a World War II novel before, Robuck’s writing will paint a vivid picture so clear that the reader feels as if they have traveled to Europe dozens of times. Her characters are expertly written, each with intricate personalities and motives, and readers never know how one chapter will end and the next begins.

In addition to “The Invisible Woman,” “Hemingway’s Girl” and “Call Me Zelda,” Robuck is the national bestselling author of “Fallen Beauty,” “The House of Hawthorne” and “Receive Me Falling.” She is also a contributor to the anthology “Grand Central: Postwar Stories of Love and Reunion.”

Her upcoming novel, “Sisters of Night and Fog,” due March 2022, once again will capture the stories of amazing women during World War II in Europe. This time, the story features Virginia d’Albert-Lake and Violette Szabo.

Park Books & Literacy Lab will welcome Robuck back on September 30 at 8:00pm to discuss “The Invisible Woman” as part of the bookstore’s monthly book club gathering.

To read more about “The Invisible Woman” and to reserve a spot at the book club gathering, visit Park Books at 555 Baltimore Annapolis Boulevard (in the Garry’s Grill plaza) or online at www.parkbooksmd.com.