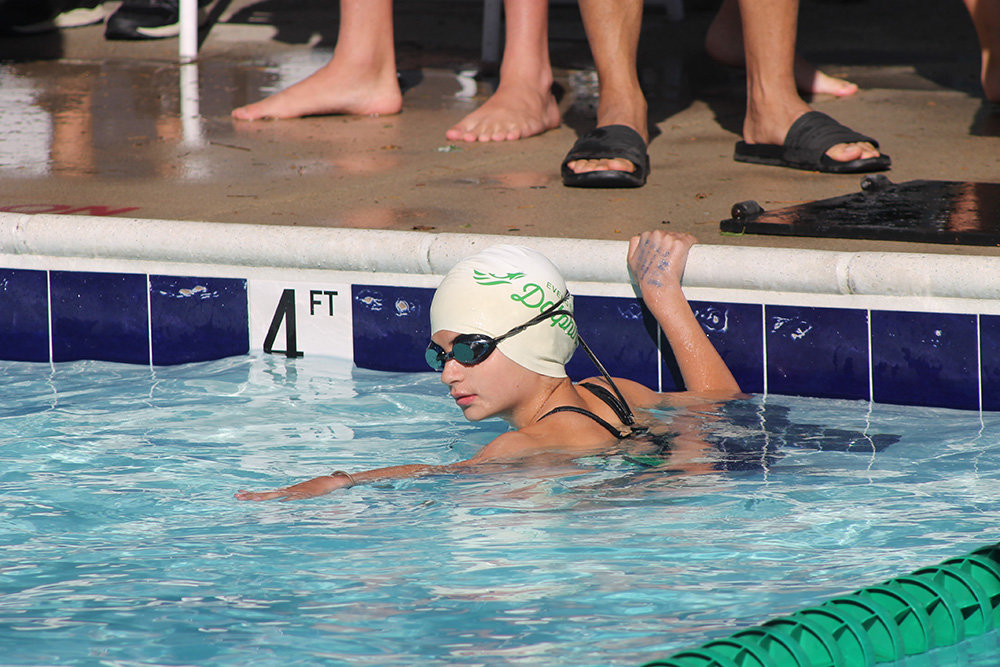 Ten-year-old Taylor Gilligan prepared to take off for her 100 individual medley heat.
Photos by Conor Doherty 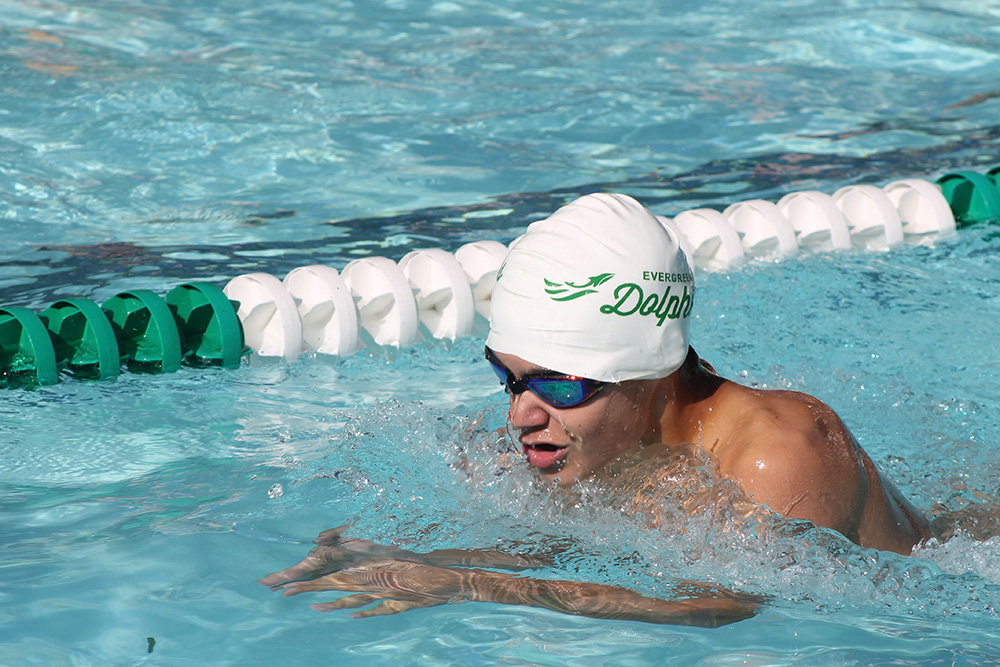 Fourteen-year-old James Knot did the breaststroke leg of his 100 individual medley heat.
Photos by Conor Doherty 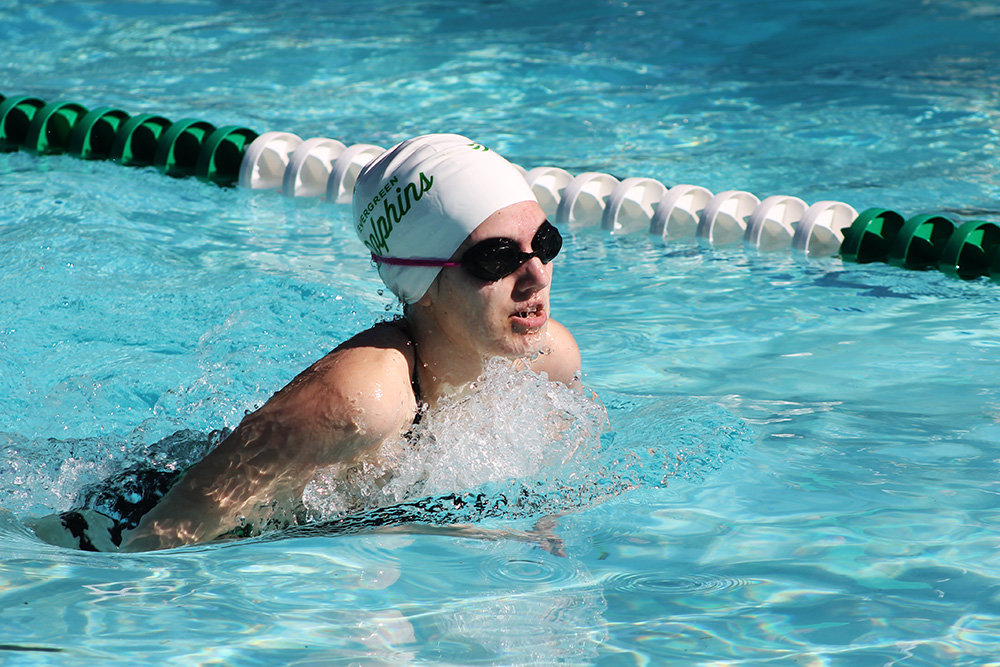 For the first time since 2019, the Evergreen Dolphins held an in-person swim meet on June 18 at the Evergreen pool where the Dolphins took on Cape St. Claire.

While this was an in-person meet, Evergreen had been holding meets between its swimmers over the past few years so that those who had never swam in a competitive setting could get a sense of what it was like. Many of the older swimmers agreed that none of those meets compared to what it felt like to face off against another team again.

“It brings the challenge back because you get to race against people who are faster than you,” said 15-year-old Tripp Kennedy, who became an assistant coach this year.

But that isn’t the only challenge facing Evergreen this year as there is a new head coach. Kim Horn, a 2020 Broadneck graduate, was hired into her first head coaching position after spending the last two years as an assistant coach at Bay Hills. She is an experienced swimmer, having swam competitively since she was seven. Horn spent four years as part of the Naval Academy swim program growing up, and then swam for four years at both SPY and on the Bruins varsity team.

“I’m so excited for the kids to be having in-person meets again,” Horn said. “Summer swim is all about getting to see your friends and it’s just a good summer activity to do to keep kids active. I’m glad we got to hold meets in general and to have a swim team in the past couple years with COVID. But just to be completely back to normal is so nice.”

Horn explained that the team had been holding meets between its own swimmers over the past three years, and these pseudo meets look to have paid off as the Dolphins were able to get past Cape St. Claire by eight points to win the meet.

But for Horn, the win isn’t as important as making sure her swimmers have fun and are safe.

“It’s always nice to win, but it’s never the primary goal,” Horn said. “I want the kids to have fun. Sportsmanship is huge. I want them to be good sports with their own teammates as well as toward their opponents.”