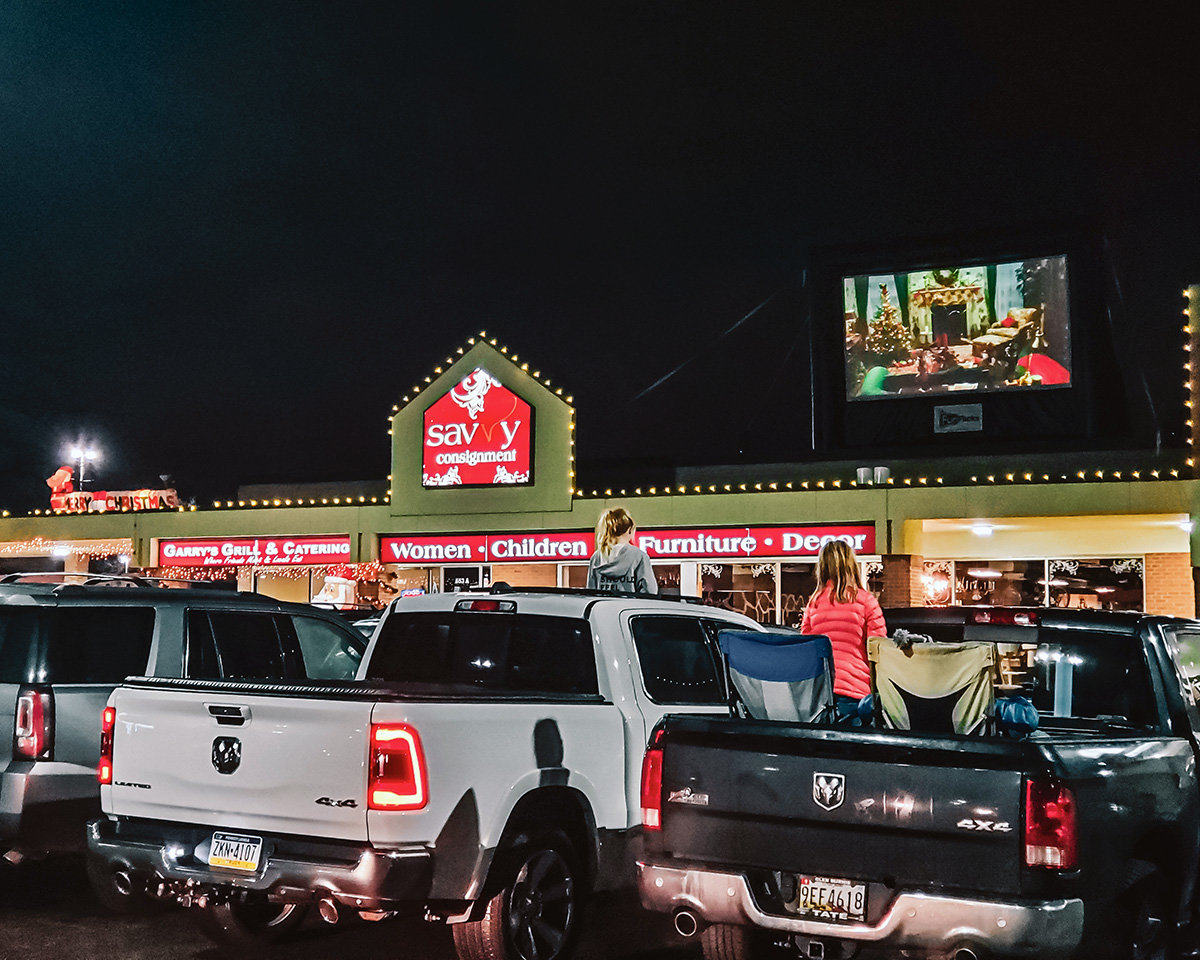 Movie nights at Garry’s Grill started with a showing of “Elf” on December 18.
Photos courtesy of Treeolowphoto 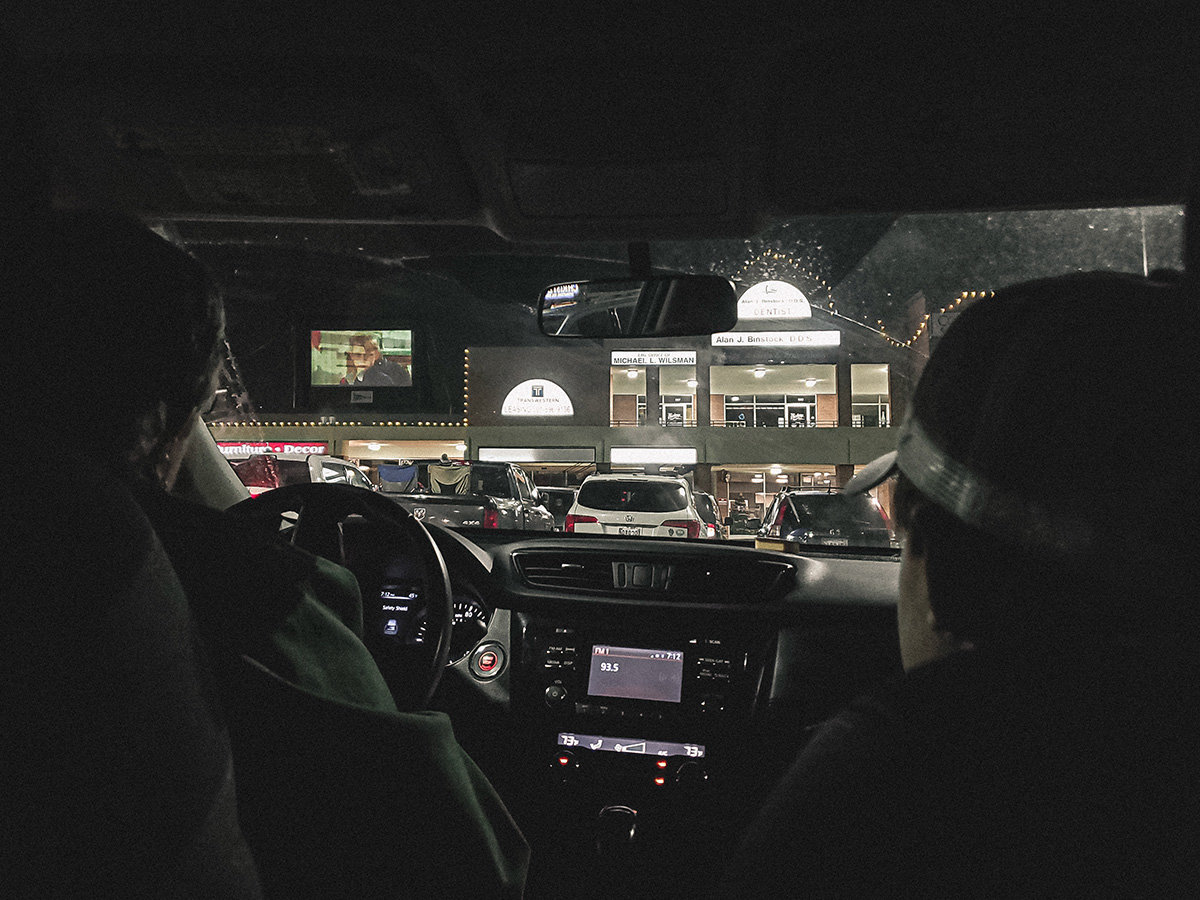 Movie nights at Garry’s Grill started with a showing of “Elf” on December 18.
Photos courtesy of Treeolowphoto
Previous Next
Posted Tuesday, January 19, 2021 3:41 pm
By Kevin Murnane

Garry’s Grill’s owner Eddie Conway has always asked his employees to be creative and come up with ideas to enhance the dining experience at his Severna Park restaurant.

“We have meetings quite often, and as the saying goes, we throw stuff against the wall and we see what sticks,” Conway said. “Especially during the pandemic, we have had to be creative to keep our customers coming back and have fresh and exciting ideas.”

The latest innovation from Garry’s Grill is a throwback to another family-themed era: a drive-in theater in the Severna Park Village parking lot. The screen and speakers are located on the roof of Conway’s building and the “theater-goers” can also use their radio for sound. Conway has 20 parking spots reserved for these movie nights.

“We have added a new prospective to our restaurant by bringing back the drive-in theater,” said server Angela Deaton, whose entire family works at Garry’s. “This has brought new customers to the restaurant and they include many families with young children. It has really been fun to see how popular this has become.”

Patrons register for the spots by contacting the restaurant, and if they want dinner while they see the movie, they simply call the restaurant and place a takeout order. Conway is asking a patron from each parking spot for a $10 donation for his staff.

With the recent holiday season, Garry’s Grill has shown “Elf” and “Home Alone.” Since then, the staff has asked customers for their suggestions. “Aladdin” was nominated for an early January showing.

“It has been a fantastic new idea and it has been a great deal of fun to be part of this,” said server Kyler Wilson. “The first night I was the ‘elf on the roof’ and I saw the kids poking their heads through the sunroofs and their faces had so much joy on them.”

Since the pandemic, Conway and his staff has tried numerous innovations: broadcasting Orioles games, selling groceries and creating an outdoor eating area with games. There is even chalk for the younger guests to draw on the sidewalk.

“My neighbors at the shopping center have been fantastic,” Conway said. They have been so supportive, and it just goes to show you how amazing the Severna Park community is.”

Conway began working at Garry’s Grill at 14 years old as a dishwasher and has worked his way through the restaurant. At 23 years old, Conway purchased the restaurant from longtime owner Garry Anderson. Because of Conway having experience in all facets of the restaurant, he knows how hard his staff works and he realizes it’s important to keep them employed and engaged in the business.

“This has been a great idea that my staff created,” Conway said. “Kids are tired of being cooped up and this is a way that the family can have a safe night out and be together.”

Garry’s Grill has no set schedule for how long the drive-in movies will continue. For new event details, visit the restaurant’s Facebook page.