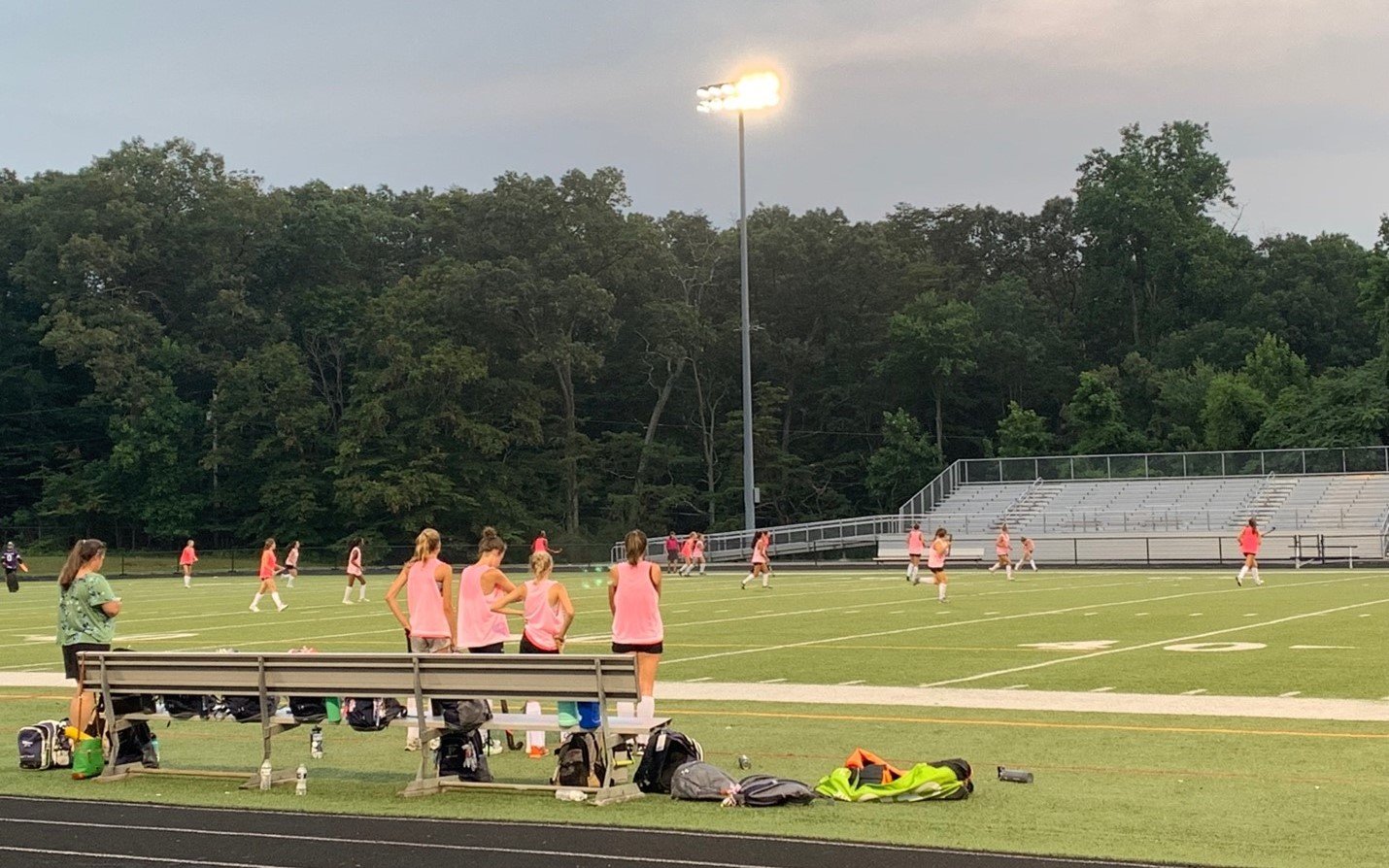 Through summer recreational leagues, field hockey players from private and public high schools across the county are demonstrating their skills on the field in preparation for the upcoming fall season.

The July 7 game between Severna Park Blue and Broadneck Gray in the Beach League was no exception.

Coaches and parents noted the overall progress players are making during this season, and the players have so much enthusiasm to start their season, bringing about high hopes and expectations for the fall.

“We are all really excited and thankful that we can have a full season this fall and ready to continue our success from the spring season,” said Severna Park High School senior and team captain Emma Marsh. “It’s so great to be able to play together in the county summer league. There’s a lot of great young talent, and I can’t wait to see the impact they’ll have on our team. Everyone is working hard, having fun and ready for the season to start.”

With an impressive win by Severna Park Blue (5-0) on July 7, the team proved their ability to not only play with organization and strategy but also with a true sense of comradery and on-field communication. Broadneck Gray showed dedication despite possessing only one substitute for the entire 60 minutes of gameplay.

With the fall field hockey season drawing near, teams in Anne Arundel County are ready to kick it off with high intensity.