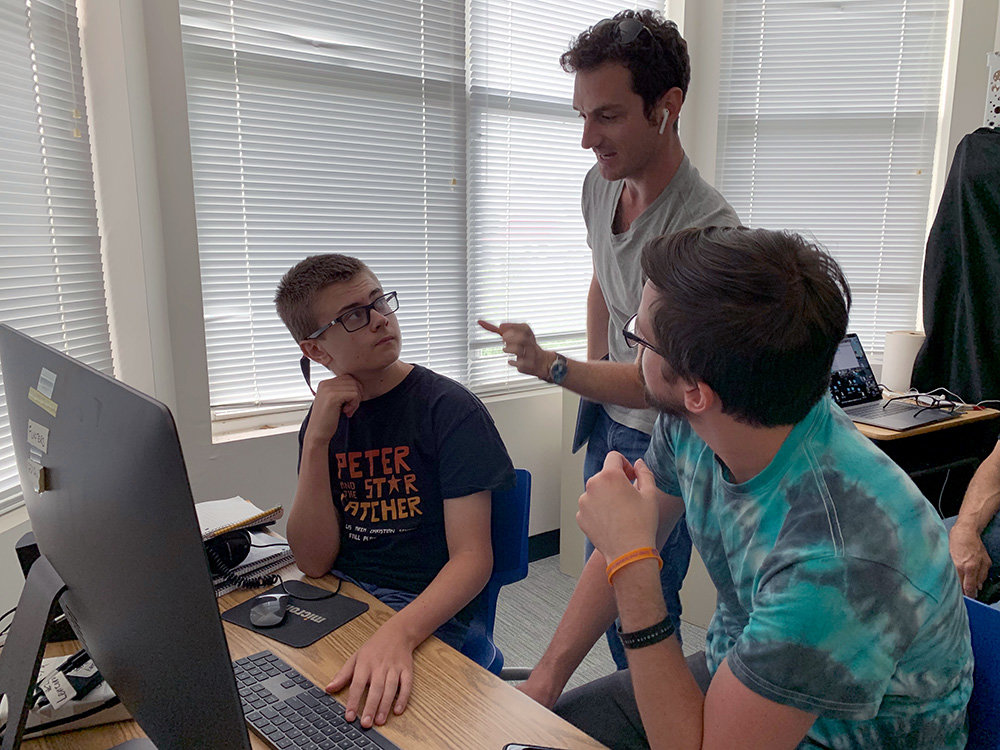 Trevor White attends the advanced film shoot weekend and became the supervising director of the class for a few years.
Photos Provided 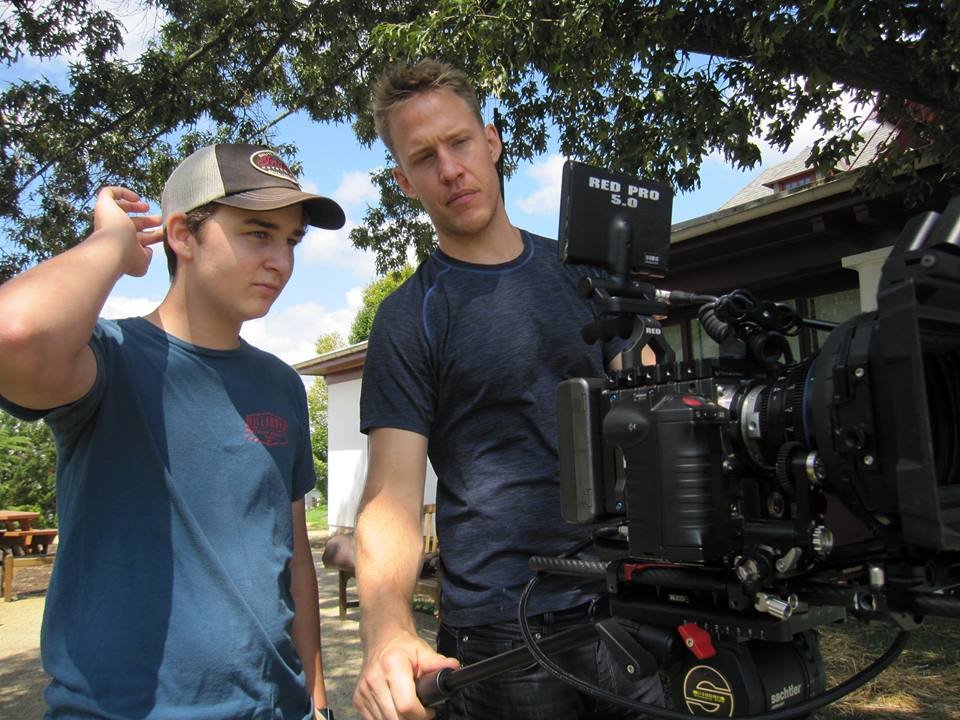 Celebrating its 20-year anniversary this summer, FILMSTERS Academy is a film camp for kids and inspired by kids. During the hands-on camp that’s run like a small film studio, kids learn to pitch an idea, write a short script, produce and edit while also learning about cinematography, lighting and sound, acting, props and costumes, production design, stunts, special effects and music for film.

FILMSTERS Academy co-founders Patti White and Lee Anderson — who are also co-founders of the Annapolis Film Festival (AFF) — began the camp when White’s youngest son, Trevor White, was bitten by the filmmaking bug as an 11-year-old when he got his first movie camera for Christmas. By the time he was a 16-year-old Key School student, Trevor White was filming everyone and telling stories.

“He and his friends spent a lot of their free time making short movies, so Lee and I kept hearing from friends’ parents asking if we would ever do a film program for kids,” Patti said. “We started to think about it and realized how impactful this had been for Trevor and his friends and thought it could really add something to the ‘arts for kids’ landscape in Annapolis.”

According to Trevor, FILMSTERS was his “first taste of collaboration and his foundation for storytelling.”

He started as a teacher for the advanced group and taught for 12 years. Later and as his schedule became busier with roles as a writer, director and producer, he’d come back for the advanced film shoot weekend and became the supervising director of the class for a few years, even if he was working on a movie.

After graduating from the liberal arts program at Cornell University, Trevor joined his brother Tim White — a graduate of Williams College undergrad and University of Southern California (USC) film school’s graduate program — to start a production company, Star Thrower Entertainment, together. They have made several feature films since they began their company including “King Richard,” “Ingrid Goes West,” “Wind River,” “The Post” and “8-Bit Christmas,” to name a few.

“We have a lot of exciting projects including an indie dramatic thriller set in the world of finance that just wrapped production, and we’re currently shooting a large science-fiction thriller,” Trevor said. “We’re trying to expand the kinds of movies we make and the genres we make. We’re trying to get into television and continue to tell stories that excite us and that we’re passionate about.”

Despite his busy schedule, Trevor White hopes to remain a part of FILMSTERS in some capacity no matter what.

“What I try to do just from a distance is watch the films and Zoom with them and offer my thoughts and notes,” Trevor said. “I usually do a special Zoom class with them as well.”

Patti White and Lee Anderson have seen all types of kids — “the creatives, the athletes, the theater kids, the math/science experts and the all-around film lovers” — learn at FILMSTERS Academy.

“Whether these kids want to have a career in the film, TV or entertainment industry or just want to have fun experiencing it, they are being impacted by such an experiential program,” Anderson said.

Many of the FILMSTER teaching staff have industry jobs in New York City or Los Angeles and many campers follow in their footsteps. Jobs range from production design and set dressers to animation writers and producers, from cinematographers to film editors, from aspiring writers and directors to industry executives.

One of these campers is Severna Park native Ben Trevey, who started attending camp when he was 14 years old. He continued as a camper through high school and returned as a cinematography instructor during his college years.

His mom, Nikki Trevey, recalled taking her son to the Annapolis Film Festival when he was in eighth grade. A festival board member suggested FILMSTERS.

“Through the invaluable connections he made at FILMSTERS, Ben worked in Los Angeles for three summers during college where he held various camera department roles on several short films, feature films, commercials and music videos,” said Nikki Trevey. “FILMSTERS definitely had an integral part of Ben’s decision to go to the University of North Carolina School of the Arts to study cinematography.”

Ben graduated this past May with a bachelor’s degree in fine arts and will move to Los Angeles in July to pursue a career focused on film.

“FILMSTERS has had a massive impact on me and has greatly influenced the route my career has taken so far,” said Ben Trevey. “A large majority of the industry contacts I have and those that I’ve worked with can all be traced back to FILMSTERS in one way or another. If I never attended FILMSTERS Academy I’m fairly certain that I would be much further behind in the quality and quantity of opportunities that I’ve had to work on film sets, including those in Los Angeles.”

FILMSTERS Academy will take place at Key School in Annapolis for the following skill levels: