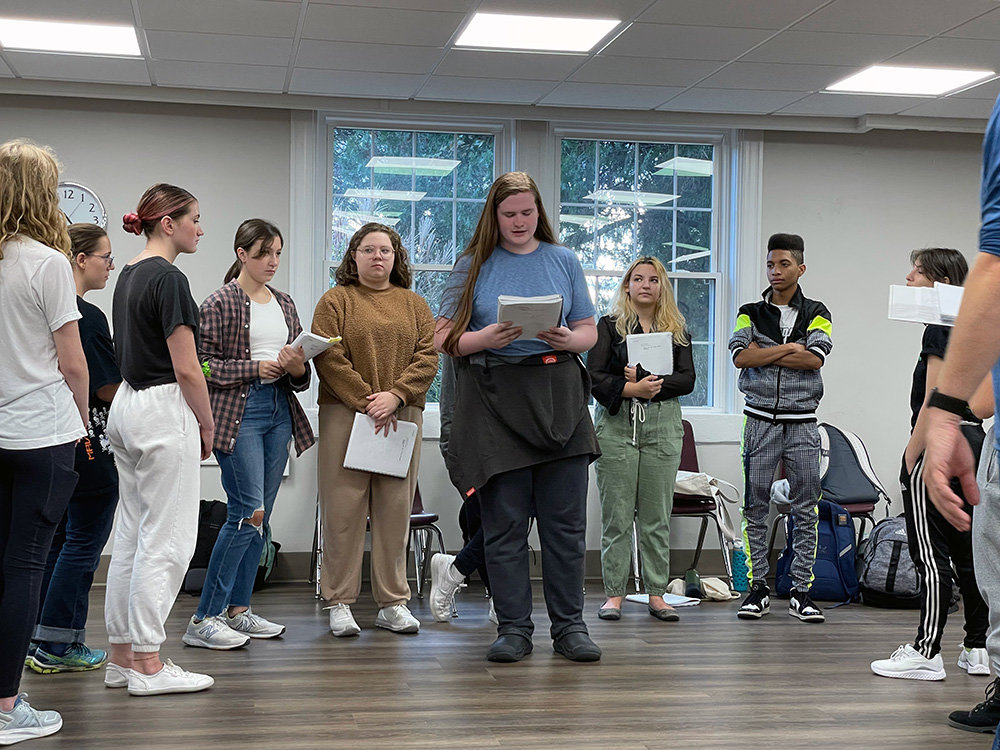 For the first time in two years, Severna Park drama students are practicing in-person during the entire rehearsal process. They will perform “Footloose” from November 4-5 and November 11-12.
Photos by Sarah Sternhagen 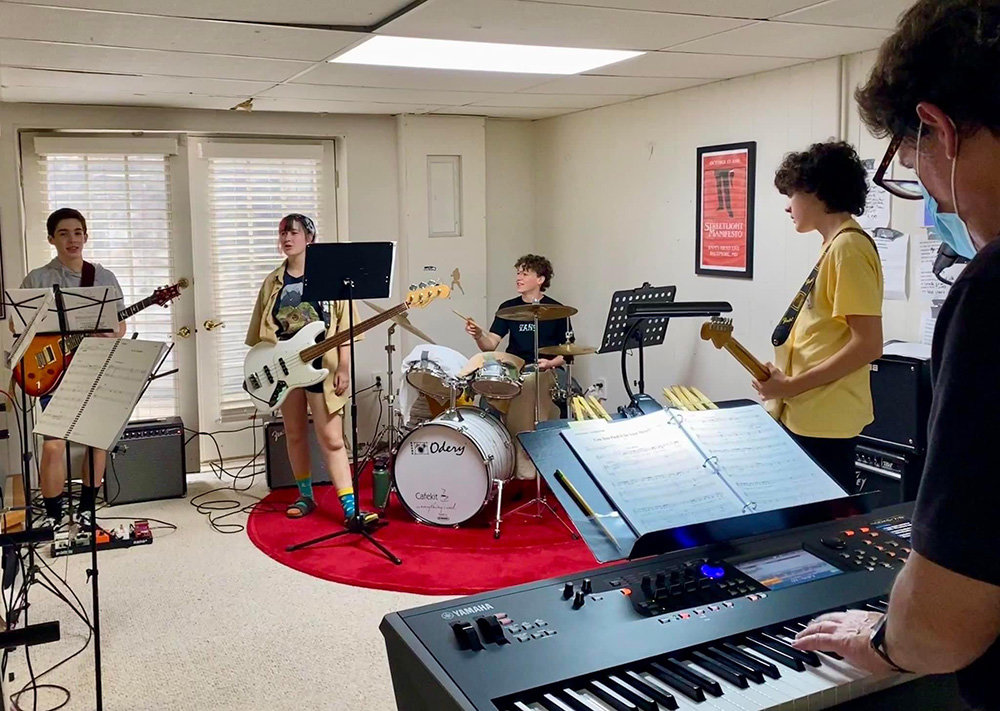 For the first time in two years, Severna Park drama students are practicing in-person during the entire rehearsal process. They will perform “Footloose” from November 4-5 and November 11-12.
Photos by Sarah Sternhagen
Previous Next
Posted Monday, October 31, 2022 2:04 pm
By Sarah Sternhagen l Student Intern

Among the many productions Severna Park High School puts on, its fall musical is often one of the first big drama shows of the year. It’s been 19 years since the school last did the musical “Footloose” and it’s coming back as its 2022 musical. With opening night on November 4 at 7:00pm and more shows following, the cast and crew have been working hard to put together the musical.

“There’s a huge community aspect of it, and you can tell everyone shows up for each other and is always trying to help each other out,” senior Joseph Schroeder, the actor playing Ren McCormack, said. “And preparing for it is a lot of rehearsals and a lot of just doing the work on your own, trying to learn your part, but it definitely is a great time to bond with people and make connections.”

In “Footloose,” teenager Ren McCormack moves to Chicago with his mother and feels out of place in his new town, which has outlawed dancing. With the help of new friends Ariel and Willard, Ren convinces a reverend to let the teenagers dance, which also helps the town heal from a tragedy.

Despite the musical being created before the Severna Park performers were born, “Footloose” has a timeless message that resonates with the cast and crew.

"I think a timeless part would be the message of how there can be a lot of pressure on people to conform to societal standards no matter what,” senior Carly Byrnes said. “The show does a good job of showing what can happen in those cases and I think it's an important message."

A lot of people come together to make the fall musical happen. It’s a large project involving a lot of moving parts. From cast members to the band, tech crew, stage crew and parent volunteers, it truly is a team effort. After sessions of making the sets, practicing the music and getting the dance routines down, students finally see their hard work come together during tech week. That’s when everyone comes with their individual part and puts it together with everyone else’s to create the final product.

“We’ve been able to pull it all together and it’s nice to have leadership from people that really care about theater and have our best interests at heart and want us to succeed,” said junior Ronnie McIntyre, who will play Ariel Moore in the musical.

After two years of dealing with restrictions due to COVID, this year the drama department was able to practice in-person during the entire process instead of starting virtual and meeting in-person only for rehearsals. Angela Germanos, the drama director and producer, noted how the return to normal has also impacted the audience.

“We don’t have to make people sit every other seat [this year] and limit the number of people in the auditorium, so that’s very helpful,” Germanos said. Now the cast can perform for a filled auditorium once again.

This year, the school’s musical will open one week earlier than in previous years. After the opening show on November 4, there will be other 7:00pm shows on November 5, 11 and 12. There will also be an additional 2:00pm show on November 12. Tickets are available to be purchased ahead of time or at the door, and more information on showtimes and tickets can be found at www.sphsdrama.com.

This will be the second time Germanos has seen “Footloose” put on by the Severna Park students, and though the year is different, her sentiment is still the same.