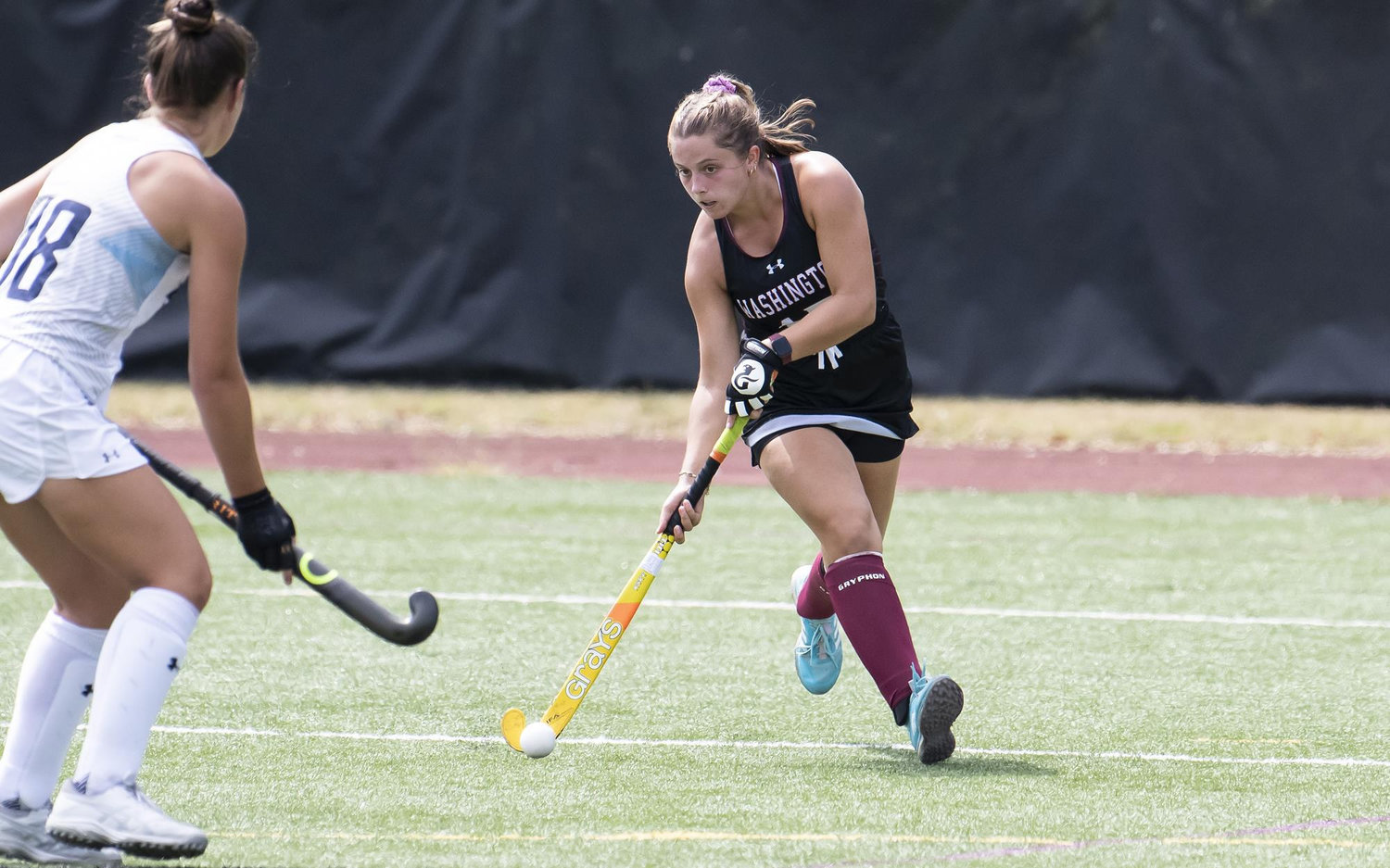 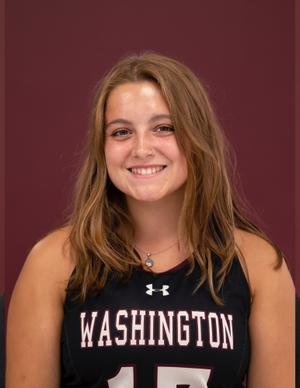 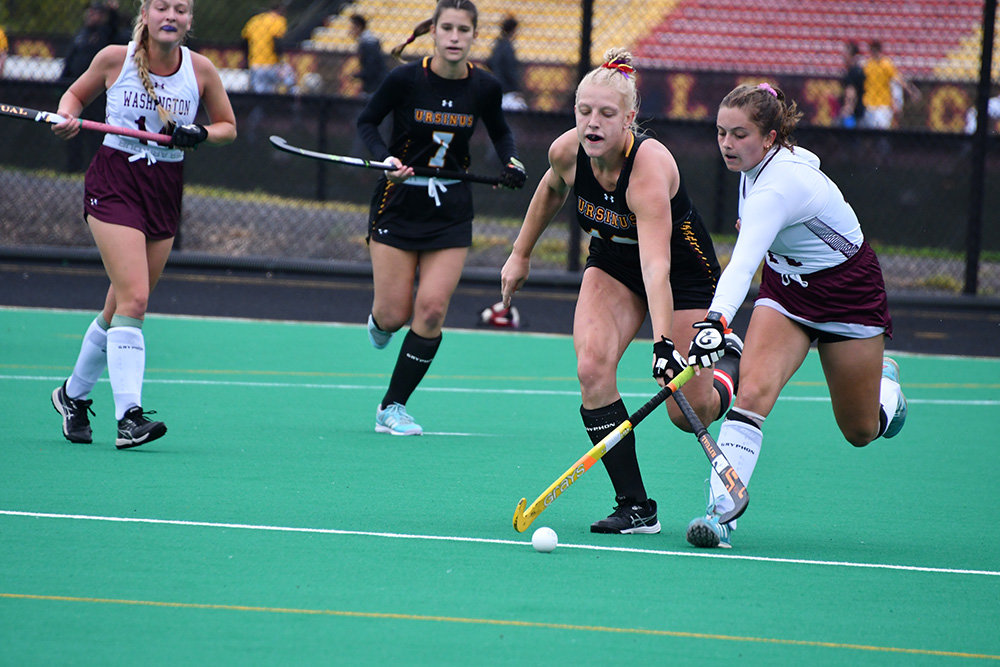 Kat Esposito wound up for a drive during a game in fall 2022. The Severna Park High School graduate just completed her sophomore campaign at Washington College.
Photo courtesy of Tammy Cheskis
Previous Next
Posted Friday, January 20, 2023 9:42 am
By Lauren Burke Meyer

Now in her second year of Division III field hockey at Washington College in Chestertown, Maryland, Esposito broke the school record for most goals by a freshman with 13 and most points from a freshman with 27. These achievements undoubtedly contributed to her 2021 Centennial Conference Rookie of the Year honor.

In her sophomore campaign for the Shorewomen, Esposito tied the school record for the most goals in a season, scoring 18.

Anne Kietzman, head coach of Washington College’s field hockey team, shared that Esposito reminds her of the classic quote from the late American long-distance runner Steve Prefontaine: “To give anything less than your best is to sacrifice the gift.”

“Kat honors the game every time she steps on the turf and plays with incredible passion and brings her best to even the smallest of tasks,” Kietzman added.

The former Falcon notched the winning goal off a stroke to secure a state championship her junior year, and Esposito credits Severna Park High School’s competitive athletic atmosphere with preparing her for college athletics.

“The coaches at Severna Park always had high expectations for us and putting in the effort to meet those expectations became a habit,” Esposito said.

The current forward acknowledged the transition to the demands of collegiate athletics was more seamless because of the culture at her high school.

“Of course, entering my first year was incredibly nerve-racking, and now, preparing for my junior year season, I know I still have so much to learn and always will, but playing at Severna Park definitely prepared me to match the competitive energy in college,” Esposito said.

Kietzman notes how Esposito’s game has grown over the past year due in part to her commitment to her craft and zest for learning.

“She got into the weight room, spent extra time on the turf and learned our principles of play,” Kietzman said. “All of this has helped her succeed at the college level, but she has been able to do all of that while managing the pressure and having fun.”

Esposito’s accolades aren’t exclusive to the field, though. She has a 4.0 GPA, so it’s no wonder she’s received a slew of honors, reflecting her dedication in the classroom. Esposito has been pegged with recognitions such as 2022 Academic All-Centennial, 2022 Centennial Conference Academic Honor Roll, 2021 NFHCA National Academic Squad and 2021 NFHCA Scholar of Distinction.

She’s also a member of the Presidential Fellows program at Washington College and achieved the Phi Beta Kappa First-Year Award for Excellence in Liberal Learning.

Esposito is a double major in anthropology and art, plus art history, and is her school’s campus archaeology lab manager.

Looking ahead, Esposito still has plenty of goals and plans on and off the field.

This winter, she’s traveling to Cuba for an anthropology course. Then in March, Esposito hopes to present research at the Middle Atlantic Archaeological Conference. Summer plans have Esposito poised as a teaching assistant at Washington College’s Field School in Archaeology.

“Of course, for our next field hockey season, we will have the goal of making it to the playoffs again, and we’ll work hard to go as far as we possibly can,” Esposito said.