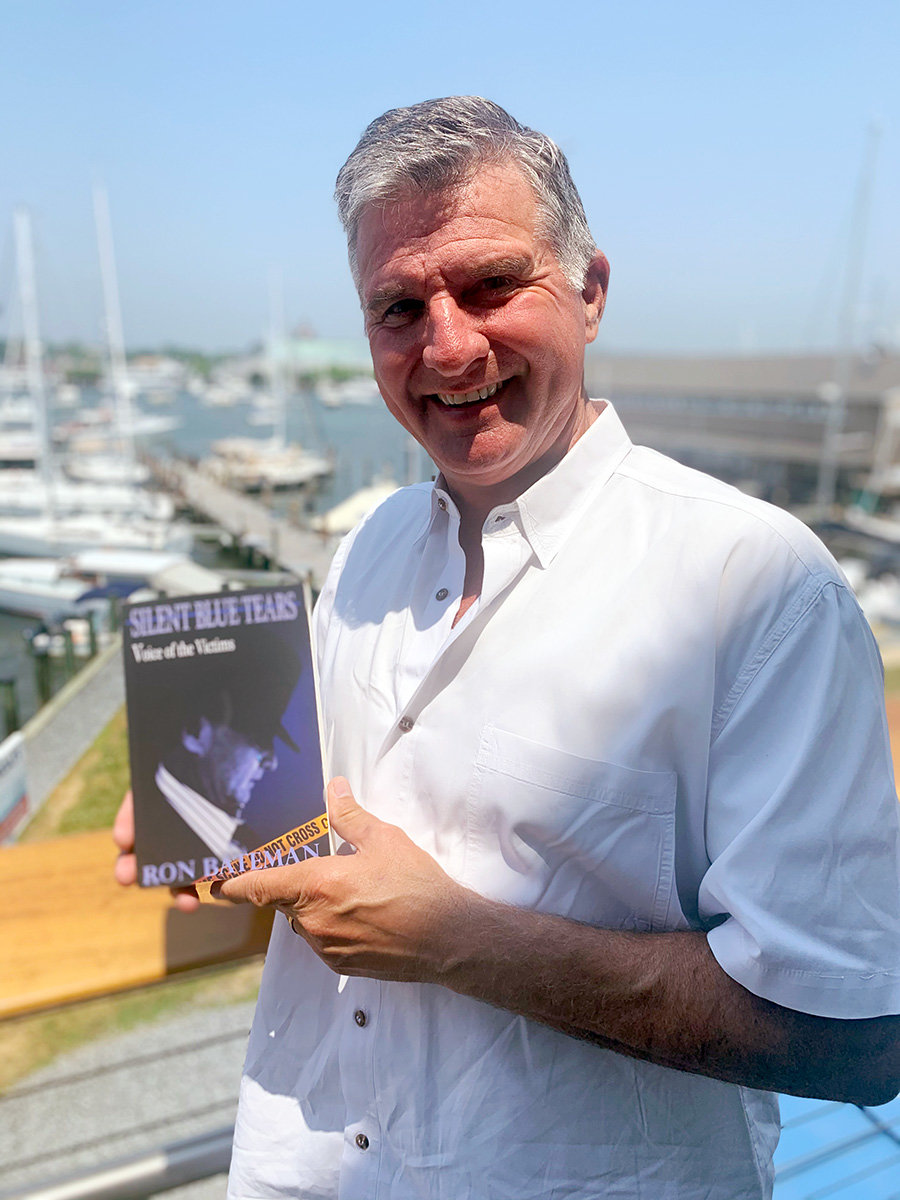 Many people take up hobbies after retirement, such as fishing or spending time with family. Former Anne Arundel County Sheriff Ron Bateman does these things, but he has also found success as a writer.

On May 14, Bateman released the first book in what is expected to be a series of related crime novels. The book, titled “Silent Blue Tears: Voice of the Victims,” follows the story of a group of fictional homicide detectives as they deal with different cases. Bateman, who spent 23 years as a member of the Anne Arundel County Police Department before eventually taking over sheriff duties, was able to draw on a lot of his past experiences to create an enticing read.

“One of the things I did a lot when I was in [homicide] was death notifications, and I really got to understand the importance of them, because you only have one chance to say the right words at one time and that’s it,” Bateman said. “So, when I got out of homicide, I decided to put that in book form.”

This is not Bateman’s first crack at writing. His 2019 children’s book “The Adventures of Bucky, Doey, Browny, And Sandy, The Tine Family,” follows a deer family and teaches children about a variety of animals. However, Bateman took to writing long before this.

“I’ve written here and there all my life. I wrote a poem while I was in homicide, and it made it to a local Millersville news group, Compassionate Friends,” Bateman said. “I was asked to be a guest speaker and speak about homicides, and they took my poem and put it in a trifold, and it made it all the way out to Colorado.”

Following the poem, Bateman began his initial work on “Silent Blue Tears,” getting roughly 35 pages done. With so much information to draw on from his career, and a lack of experience in writing in novel form, he became overwhelmed and production paused. In 2016, Bateman picked up where he had left off.

“About five years ago, my wife saw it in her desk drawer and she started reading it,” Bateman said. “She really enjoyed the 35 pages that were there.”

After some prompting from his wife, who was intrigued by the start, he began to write again, reaching out to former reporters and writers. Having developed a steady rhythm, Bateman was able to complete the story he began more than 30 years ago. He credited Richard Abate, of 3 Arts Entertainment, with providing him with some of the ideas that helped to bring the story together.

“[Abate] said, ‘You need more drama, more violence, more twists,’” Bateman said. “Make it fiction and blow it up, blow it out of the water. So then, the sky was the limit at that point.”

“Silent Blue Tears: Voice of the Victims,” is currently available for order on Amazon, both in paperback and Kindle form.