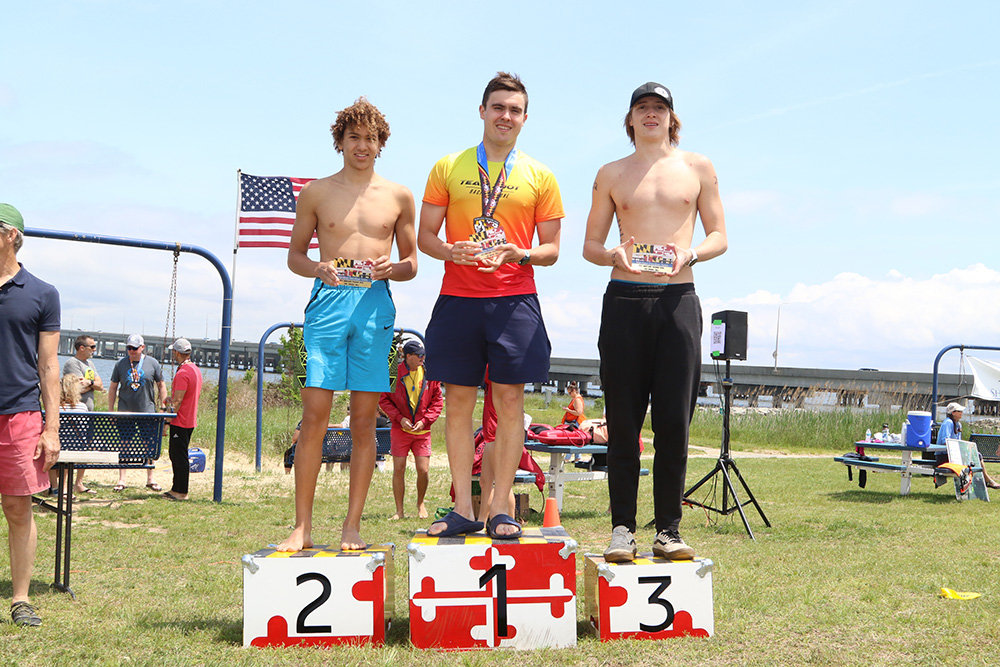 Leo Havens (left) and the other Maryland Freedom Swim finalists received their awards on May 15. 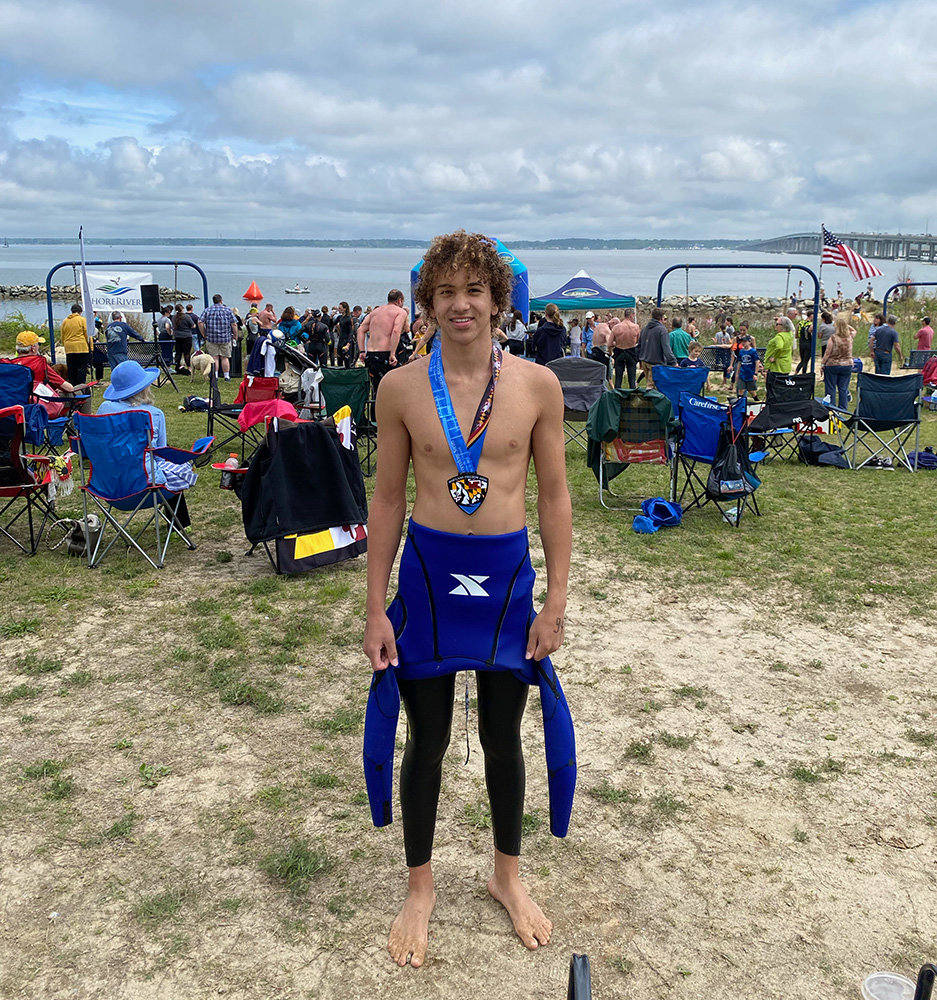 Severna Park freshman Leo Havens finished second in the Maryland Freedom Swim in Dorchester County on May 15. Leo navigated the two-mile swim in 40:43.

Leo is a member of Severna Park High School’s swim and cross-country teams and what makes the accomplishment so impressive is that Havens had never donned a wet suit before participating in this event.

“I expected that swimming in open waters would be more difficult than a pool,” Leo said. “I discovered that it was easier to float and swim with the wet suit and you kind of glide through the water.”

Leo likes new adventures and he wanted to do this with his friend Shep Kegley, but Kegley became ill and couldn’t participate in the swim.

“It was funny because when I got to the event and looked at the river and asked myself, ‘What did I get myself into?’” Leo said.

According to Leo, a two-mile swim is the equivalent of swimming 132 laps in a pool.

Leo’s swimming interest was formed like it is for so many Severna Park children: by simply swimming for his neighborhood swim team. For Leo, it was St. Andrews Swim Club and he began swimming at age 9.

“Leo’s personality is always to give it everything he has, and he liked swimming right away,” said Leo’s mom, Amie Jo Havens.

He likes swimming so much that he escalated to swimming throughout the year. His best event is freestyle.

Leo also enjoys running and recently finished third in the General Smallwood Triathlon — and first in his age group — in Indian Head, Maryland. According to Leo, this triathlon featured a 1.5-mile swim, 16-mile bike ride and 5K run. He completed those three events in 1:25.15. The event had 500 entrants and Leo received his prize on the podium with the other top two finishers.

Leo admitted that the 90-degree heat took its toll on him that day but finishing third and with that outstanding time, he qualified for the national triathlon in Ohio later this summer.

Asked about changing clothes for the different events, Leo said he really worked on being able to switch clothes quickly and can change in about 20 seconds from a wet suit to running attire.

“Hopefully I can do both!” he said.