From Severna Park To The Skies: Filmmakers Document “Rocket To Venus” Story 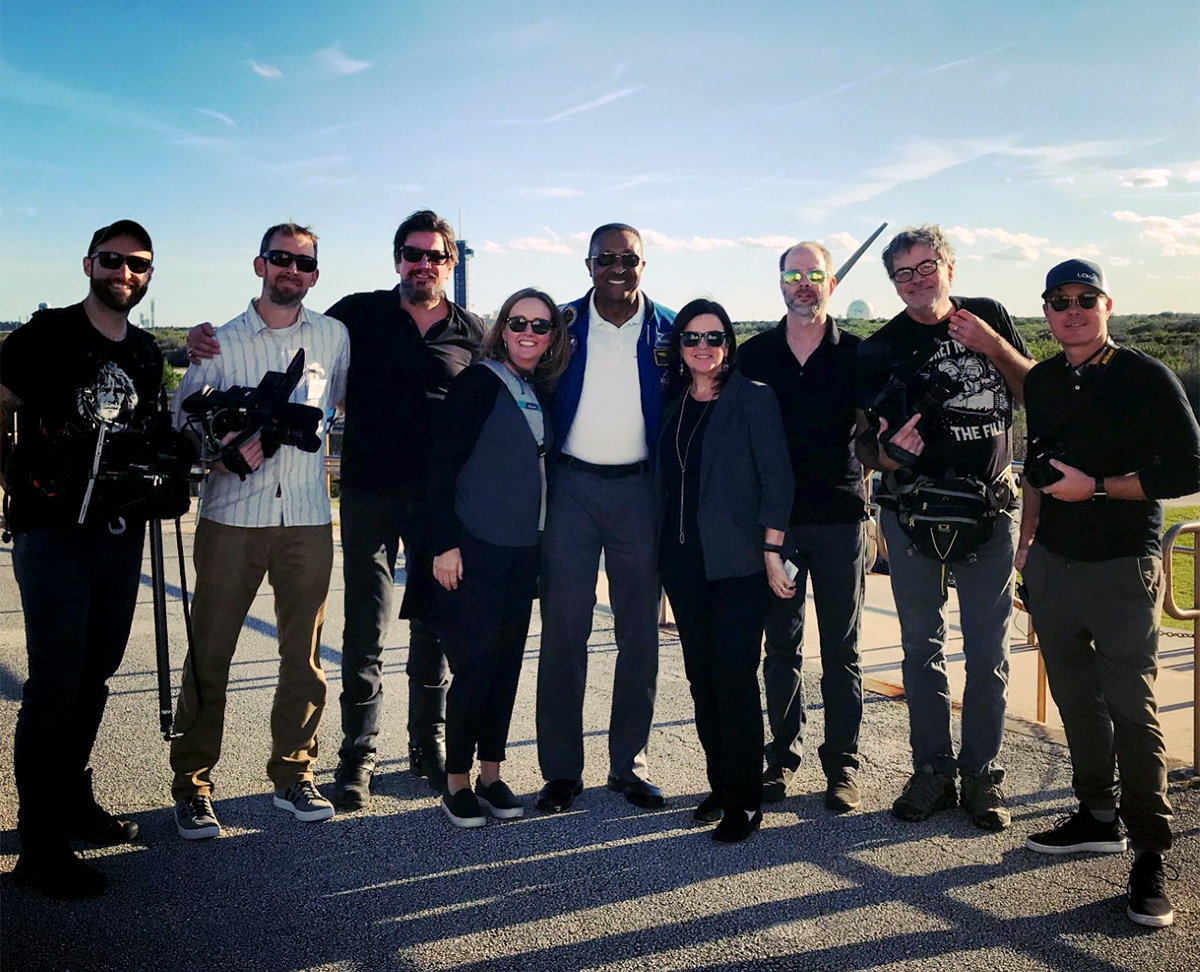 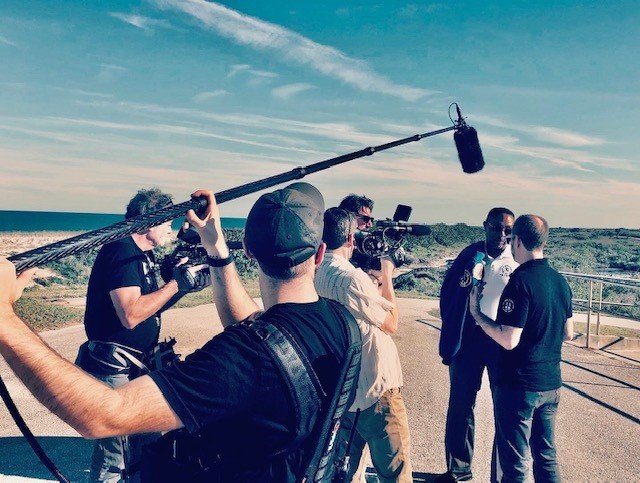 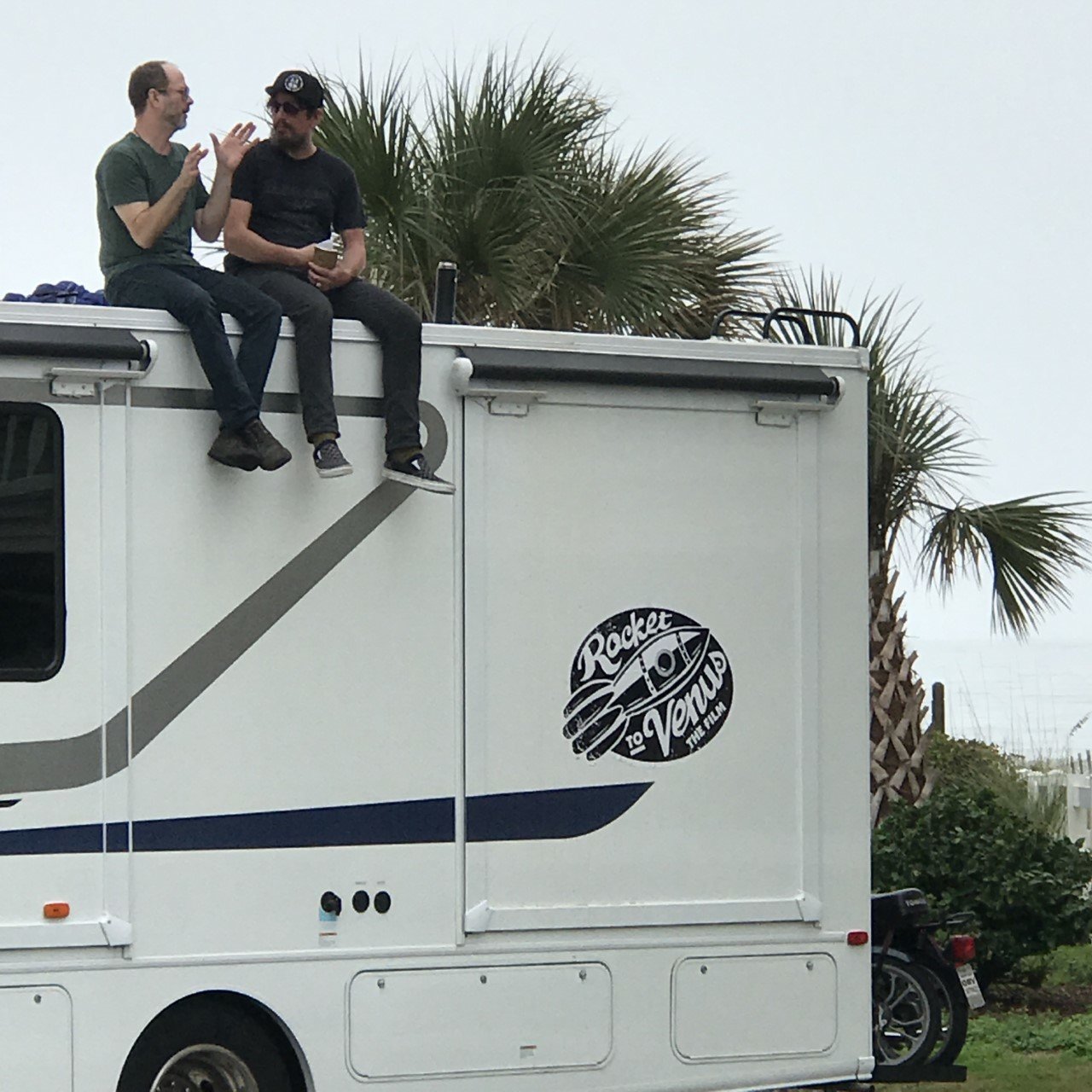 The “Rocket to Venus” film took a crew from Maryland to Florida.
Photos courtesy of Urban Goat Films 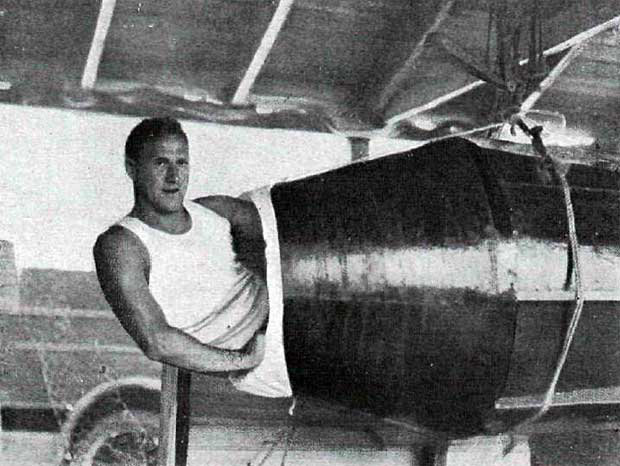 During a meeting dubbed “discovery day” by Daphne Glover Ferrier, “Buck” and Geoff Danek met Lance Barley for the first time and examined the contents of the satchel.
Photos courtesy of Urban Goat Films
Previous Next
Posted Wednesday, September 9, 2020 12:25 pm
By Shelley Mahoney

Severna Park residents Daphne Glover Ferrier and Bob Ferrier love to tell stories through film. The couple has produced numerous documentaries and films together and earned several awards, but their most recent project may be one of the most quirky and entertaining films to date — and it takes place right here in Maryland.

“Rocket to Venus: The Film” tells the story of a Hampden restaurant owner, Geoff Danek, who was informed by a customer that the house he had purchased had a famous history. Baltimore native and so called “mathematical genius” Robert Condit had used the home’s garage to build a rocket ship with his two friends, Harry and Sterling Uhler, in 1927. They believed the rocket would take Condit to the planet Venus.

In 1928, Robert Condit packed up the rocket and took it to Miami Beach where it was displayed on the boardwalk. Since that time, the rocket — and Robert Condit — have disappeared and no one knows what happened to them.

Danek, along with his business partner and best friend, Brian Carey, loved the story so much that they named their restaurant Rocket to Venus and ran with a space theme that customers found delightful.

Daphne and Bob heard about this surprising story from their friend and colleague John Benam and were intrigued. The three filmmakers reached out to Danek and Carey about making a film about their experiences and the restaurant owners eagerly agreed.

“Part of the reason this documentary appealed to us was because it represented an era when people thought anything was possible,” Robert explained.

Since that time, the filmmakers have kept the camera rolling and followed Danek and Carey as they have uncovered one fascinating fact after another, interviewing local residents and nationally recognized professionals to make their documentary as vivid and detailed as possible.

“The film takes a bit of a road trip,” Daphne said. “We found out that Condit went to Miami, so we rented an RV — complete with Rocket to Venus stickers — and went to Miami. We met with scientists and historians, as well as an astronaut, Winston Scott, who all gave us their feedback.”

During their research, they found Lance Barley, the great-nephew of Robert Condit. He remembered a satchel that had been bequeathed to him by his aunt, Condit’s sister, years ago. He rummaged around his closet and found the satchel in the back — chock full of paperwork and original notes on the rocket project.

“The satchel answered and raised questions,” Daphne said. “It gave us a trail of where the rocket might have went.”

Bob added, “The documentary also takes a historical look at rocketry and how Baltimore was involved with it.”

Although the couple still has some shooting left to finish, they are optimistic about their findings and the film so far. They have continued to unfold clues that reveal more of the story and lead them, along with the “stars” of their film, closer to unraveling the mystery of the rocket’s final destination.

“We’re going to archives, following leads, leafing through old newspapers — when you find some new nugget of information, the payoff is so exciting!” Daphne said.

In addition to finishing and releasing their film, the Severna Park couple has worked to create “The Impact Campaign,” a STEM rocket-building challenge for young people in the spring of 2021. The goal of the impact campaign is to “energize and impassion young people to follow their dreams, to go beyond what is seemingly impossible, and to reach for their own Venus.”

“We wanted to go beyond making a documentary,” Bob said. “The Impact Campaign is really important to us.”

To view the film trailer or learn more information about the “Rocket to Venus” film or the Impact Campaign, go to www.rockettovenusfilm.com.

“We want to inspire people to dream, even if everyone thinks you’re crazy,” Glover said.