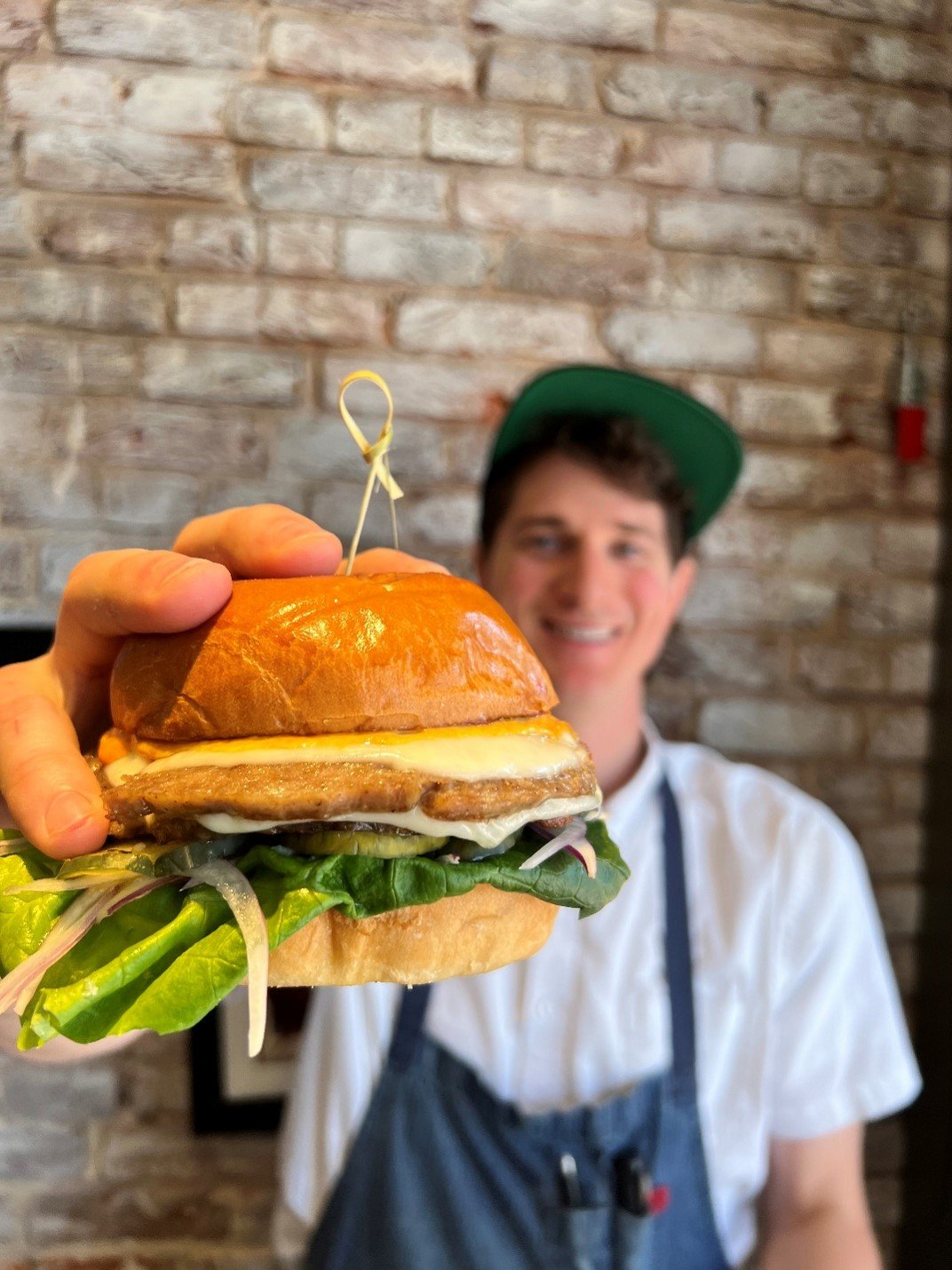 Greg Anderson showed off his Garten Burger, counterpart to the Preserve Burger. 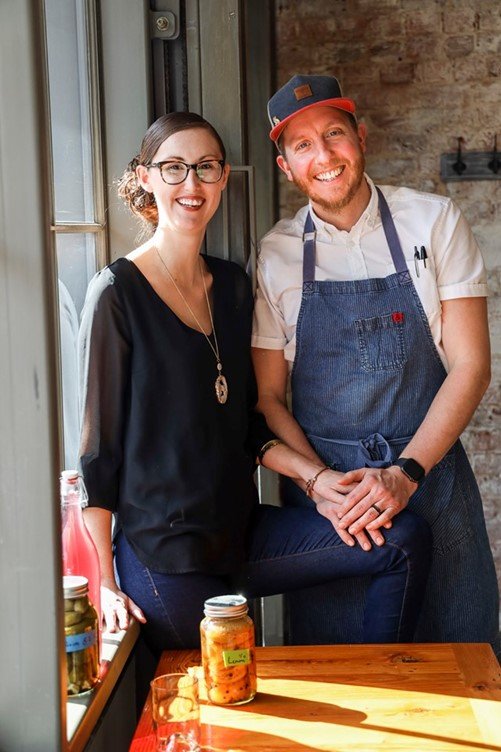 Husband-and-wife team Michelle and Jeremy Hoffman are the visionaries behind Garten. 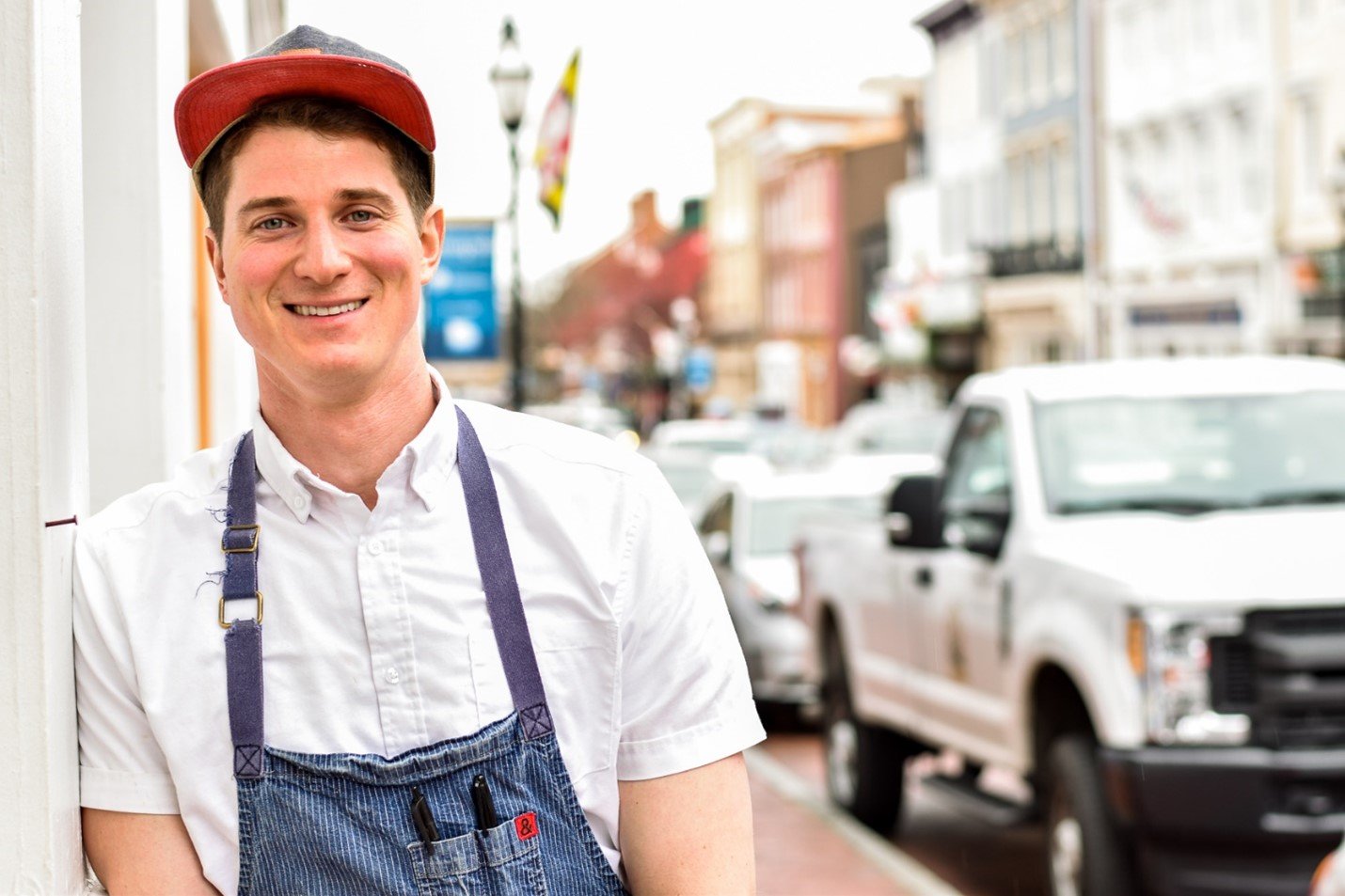 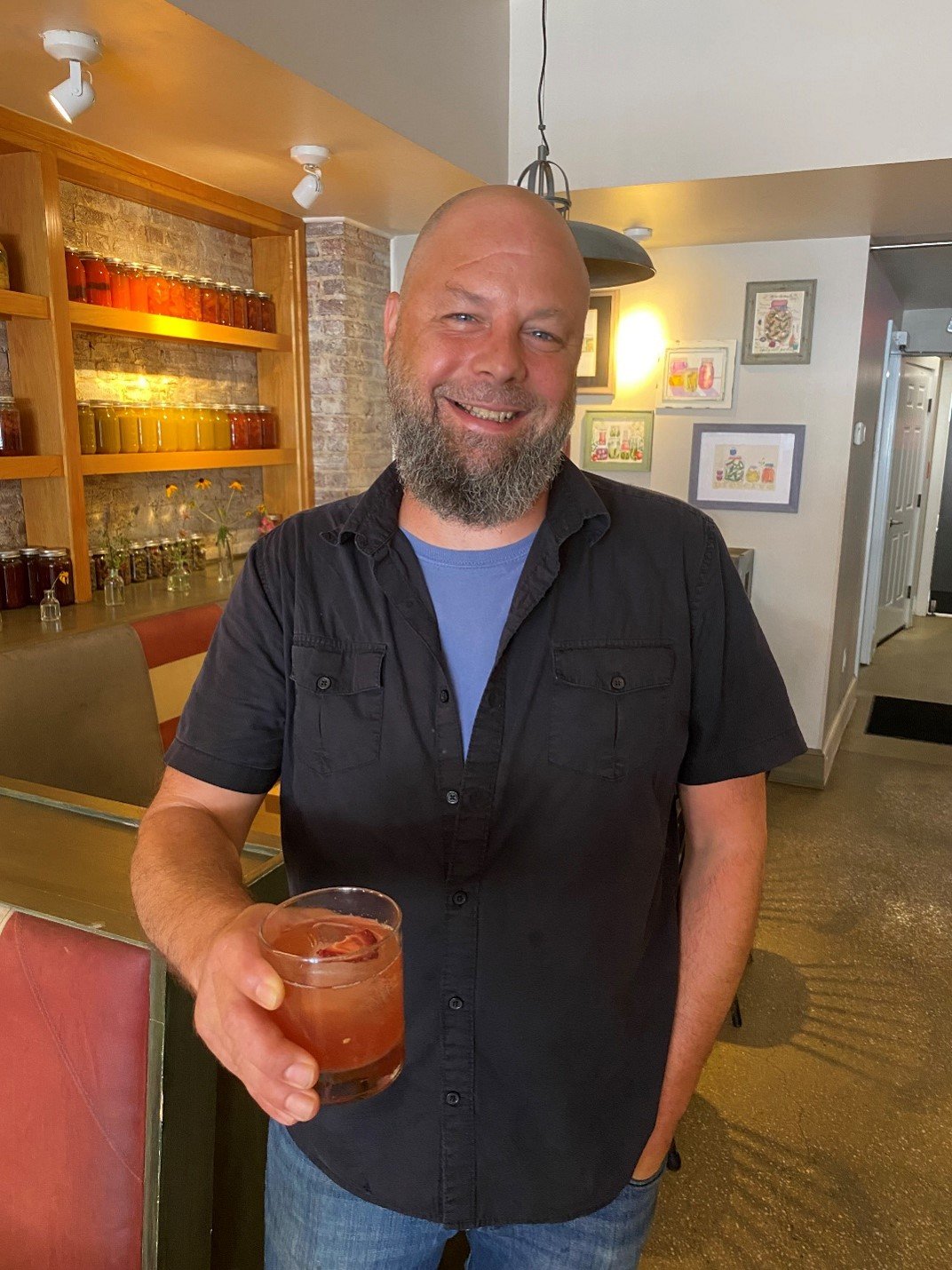 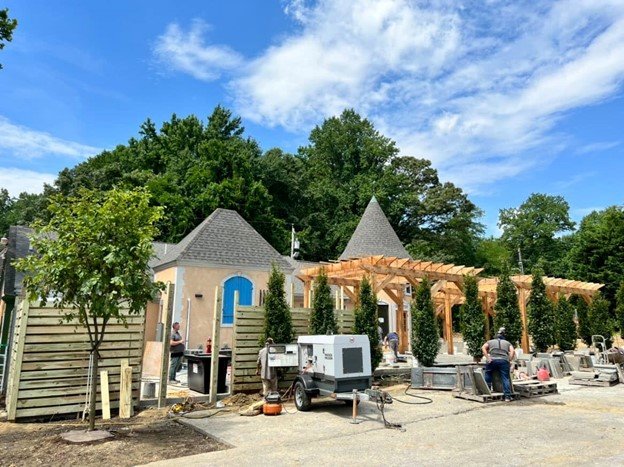 Garten’s space will open to the public in October.
Previous Next
Posted Monday, September 19, 2022 1:33 pm

Garten, the newest concept from husband-and-wife team Jeremy and Michelle Hoffman, has set an official opening date this fall, October 5, just in time for Oktoberfest. Known for their award-winning Annapolis restaurant Preserve, with its focus on local ingredients and creative ferments, they’re bringing the same joy and innovation to Garten, an all-new beer-and-wine-garden concept in Severna Park. Garten will launch initially with a limited soft open before opening to the public.

Garten, influenced heavily by chef Jeremy Hoffman’s German heritage, is the culmination of a lifelong dream to offer his modern take on the old-world cuisines of Germany and Northern France in a relaxed outdoor beer garden setting – think cheese and charcuterie, schnitzel with shaved garden vegetables, and giant pretzels with homemade mustard, alongside a rotating selection of craft beer and natural wines to be cultivated by general manager Chris Walker. Delaney Pendry from Preserve has joined the team as lead bartender, crafting delicious garden inspired cocktails at the helm of the bar. Garten’s chef de cuisine and sous chef will also be Preserve alumni - chef Greg Anderson and sous chef Justin Klein’s immense talents will keep the kitchen cranking!

“We’re envisioning Garten as a community gathering place where you can relax with friends and family while enjoying cuisine that truly excites us – look out for our modern takes on some of those beer garden classics everyone knows and loves,” said chef Jeremy Hoffman. Some of Garten’s partners include Binkert’s Meat Products in Baltimore, Hyattsville’s Lyon Bakery and Annapolis’s Chesapeake Smokehouse, with Garten’s house beer provided by Pherm Brewing in Gambrills, with some hyper-local sourcing coming from an on-site garden coming summer 2023 and a beekeeping operation for local honey helmed by co-owner Michelle Hoffman.

“The learning curve with the bees is interesting to say the least – I only got seven stings my very first day out, but you learn to trust yourself more and control the energy you put out – I’m lucky to have been taken in by a couple local mentors (shout out to my buddies Keith and Andy)” Michelle said.

Garten’s on-site honey will go into cocktails, ferments and other items. “I want our green space to be lovely but functional. One day you may see me minding the bees and the next chef or Delaney picking something fresh for the kitchen or bar,” Michelle said.

Once Garten is up and running, GM Chris Walker plans to offer wine subscriptions and DIY wine centric gift boxes, expanding a list of the natural and organic wines that he’s made a huge hit at Preserve.

“Natural, organic, biodynamic wines are my passion right now,” Walker said. “I’m excited to offer the Garten crowd some real hidden gems in addition to some reliably popular thirst-quenchers. Expect funky and intriguing offerings not just from places like Germany and France, but from all over the world, even our own backyard here in the DMV.”

Jeremy Hoffman said, “At the end of the day, Garten a is casual gathering place for friends and family to relax. We’re looking forward to being a community hub with live music, private events, and lots more down the line. We’re not super fancy or guided by the latest trends so much as by this beautiful space that sort of fell into our lap after many years of patiently waiting for the perfect location for this concept.

“It’s our own modern twist on a beer garden, so while the German and Northern French influence are there in the food and drink, we’ll also be pulling in ideas from our own backyard and taking inspiration from the nature around us, with room for some off-the-beaten-path picks as well,” he added. “We’re focusing on flavor and quality over fitting into the correct restaurant category. Cheers, proste, sláinte - however you toast, all are welcome at Garten!”

The first few days of service will be an invite-only soft opening. “When organizing a soft opening of a new concept, in my opinion there are three steps before you open fully to the community – first, training our new team, next would be exclusively limited to family so we can work out any nervous wiggles, and finally the fully public soft opening,” Michelle Hoffman said. “We’re also saying a little thank you to the folks who supported us in March 2020 when Preserve (and everyone) had to close - the first couple days after the family launch will be by invite only to all those kind souls that purchased gift cards at that time. It’s a little thank you for believing in us then, and we hope they enjoy the first taste of our new restaurant, Garten, at a 50% discount. Those folks will receive digital invites mid-September, ahead of our public launch.”

Garten opens Wednesday October 5, and will launch its debut menu with dinner service Wednesday through Sunday, with lunch and brunch service to follow soon after, and a wine subscription program that will launch before the holidays.

Change The Way You Think About Maryland