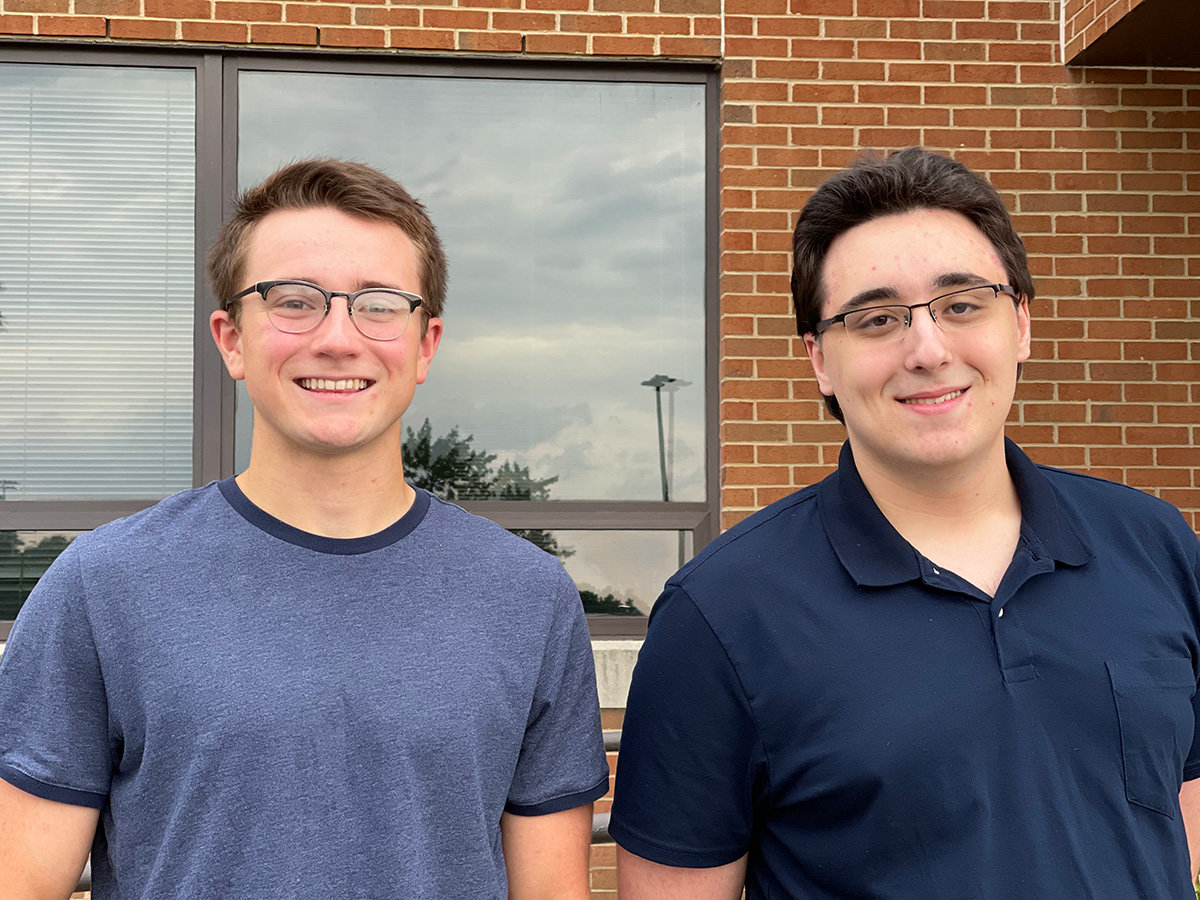 Friends since middle school, George Witt and Andrew Kille had no idea that seven years later they would thrive despite navigating a global pandemic to earn valedictorian and salutatorian honors, respectively, as part of Broadneck High School’s class of 2021. A mere .05 separated their weighted GPAs.

Undeterred after Maryland schools moved to virtual learning in March 2020, these scholars quickly adjusted and found that COVID-19 provided more opportunity than restriction.

“After I was exposed to physics in my junior year, I researched the field and really wanted to go out and learn more and more outside of high school,” said Kille, who completed online classes at Anne Arundel Community College during the pandemic. “I looked at [the pandemic] as an opportunity to prepare for the future and instill self-discipline. When we are in school, our schedule is set, but with the pandemic we had to build that structure.”

Witt said being virtual had its advantages and disadvantages. Without the need for transportation, “being virtual allowed me to quickly pivot from one thing to another, so there was a lot less stress. I could attend a Zoom call and then join a class at Johns Hopkins in Baltimore. Distance didn’t matter.”

Both graduates were active in high school clubs, so they missed the social interactions. However, Kille added, “I found that I actually had a lot more time to do things I was interested in.”

Witt enjoys “computer science and programing, especially artificial intelligence, which can be applied to data and is very important to physics being experimentalist.”

Among his awards and recognitions, Kille was the recipient of the STEM Student of Excellence award, named Advanced Placement Scholar with Distinction, earned the Lawrence E. Knight Award, and was president of both the math and science honor societies. An accomplished pianist, Kille has long volunteered with the Northern Arundel Cultural Preservation Society, and as a baseball coach with the Broadneck Baseball and Softball Club. He was a four-year member of the Broadneck High School baseball team.

This summer, Kille will serve as a research intern with the National Institute of Standards and Technology in Gaithersburg, Maryland, and a student researcher at Johns Hopkins University in Baltimore.

Educator Of The Month: Andrew Villwock

We Got CUREage Raises Money To Fight Cancer