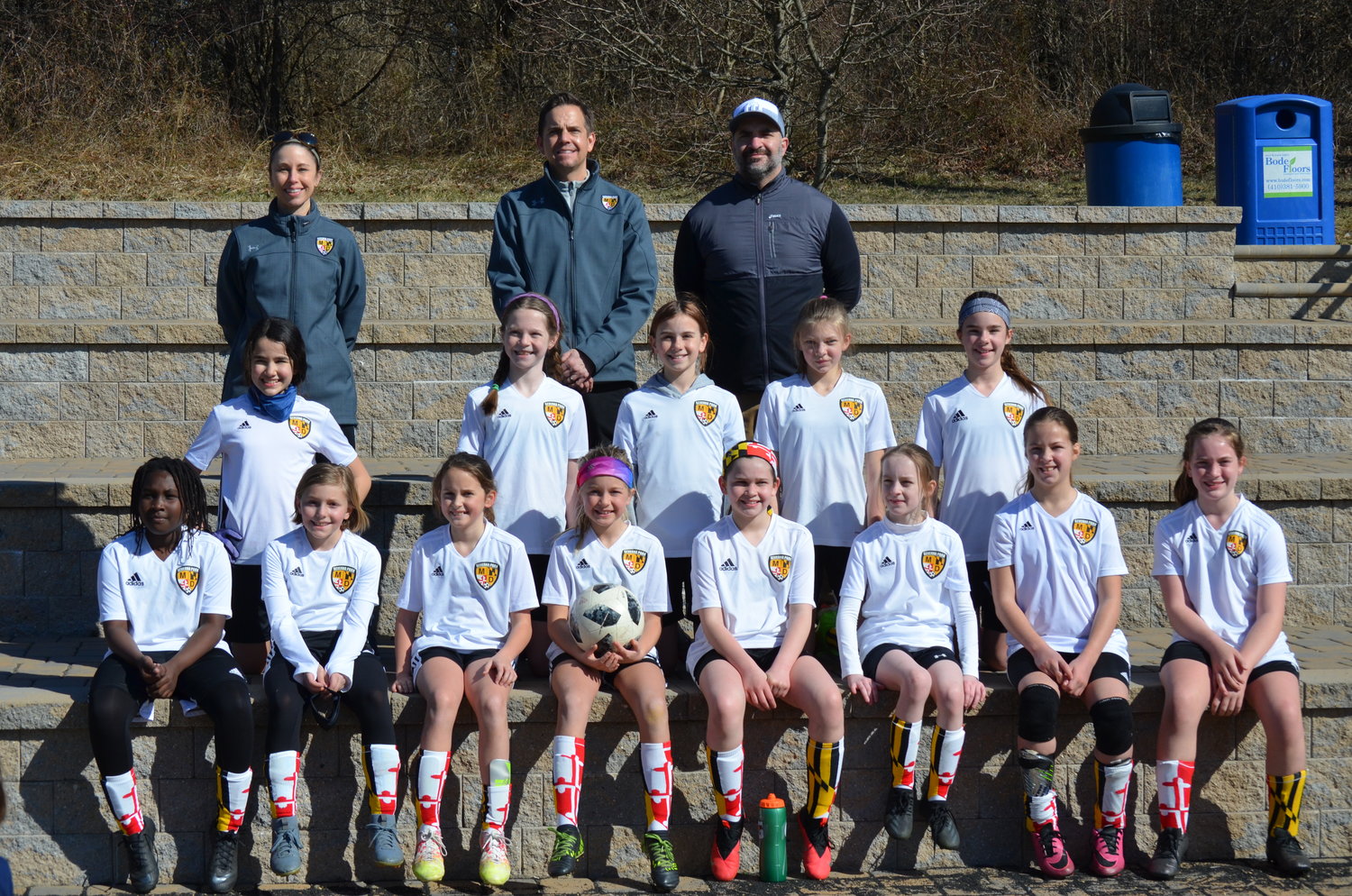 The Girls 2010 Severna Park Premier White Stingers brought home the championship in the top tier of the Amanda Post Memorial Soccer Tournament on March 14 in Ellicott City, Maryland. The Stingers wrapped up a competitive weekend with a 3-0-1 record.

Goalie Riley Strom held all opponents to a single goal. The fierce attack was led by Elena Wagner (six goals), Charlotte Goheen (one goal) and Sophia Lambert (one goal). The midfield play was grounded with Lucy Ambro (one goal) and Marin Schaffer controlling the field with vision and patience, while Khady Sall, Delaney Peiffer and Meghal Spencer provided constant pressure, game after game.

The paralyzing defense of Chelsea Coward and Elly Davis, whose speed and tenacity complimented Gianna Procaccini and Elsa Cliffe’s anticipation and skill, neutralized any offensive attack. A strong performance by Delaney Jones, Katelyn Cormier and Brynn Houghton (not pictured) supported the success. Led by head coach Bobby Schaffer, with assistant coaching by Chris Ambro and Marc Procaccini, the Stingers start off their spring season as a team ready to compete.