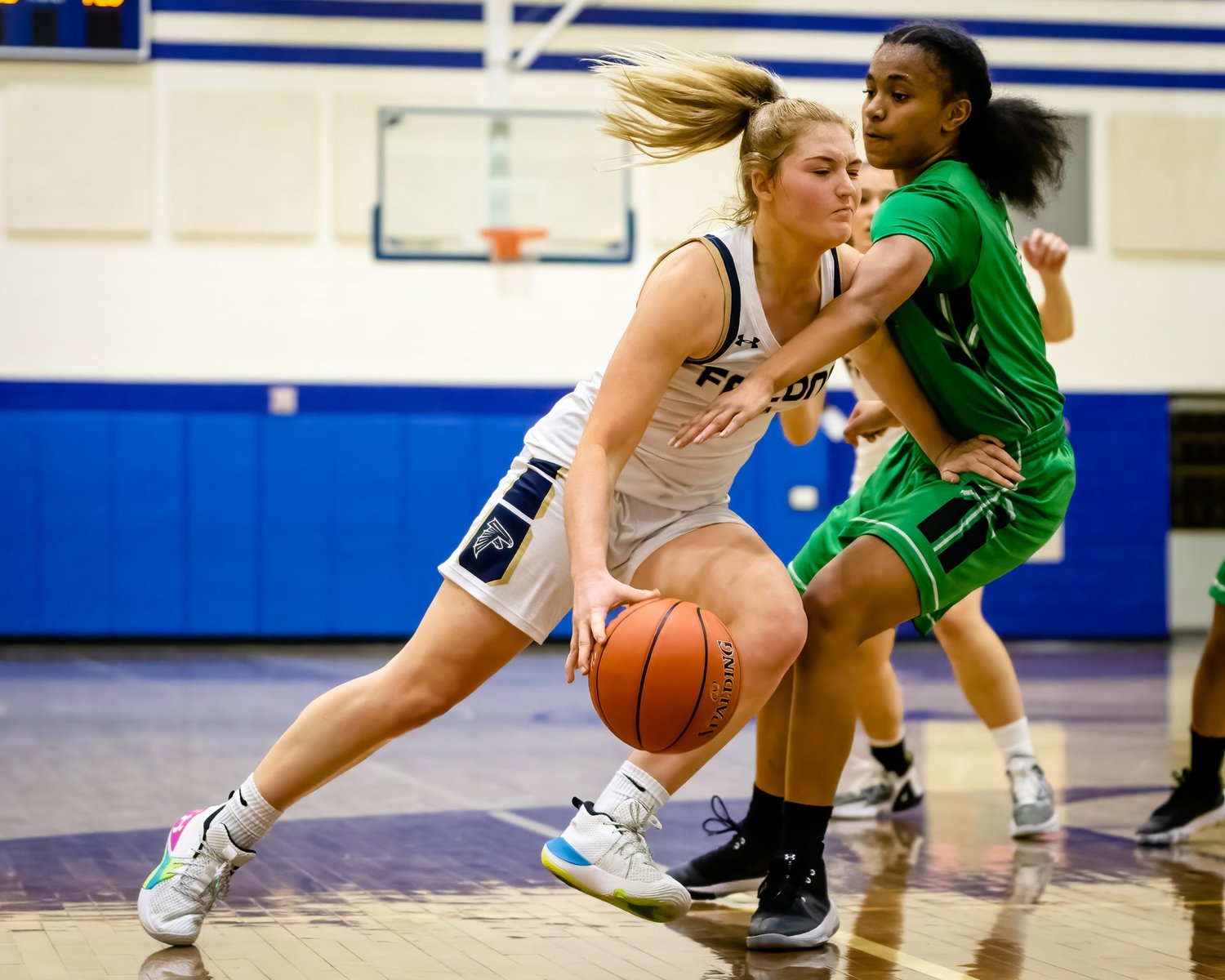 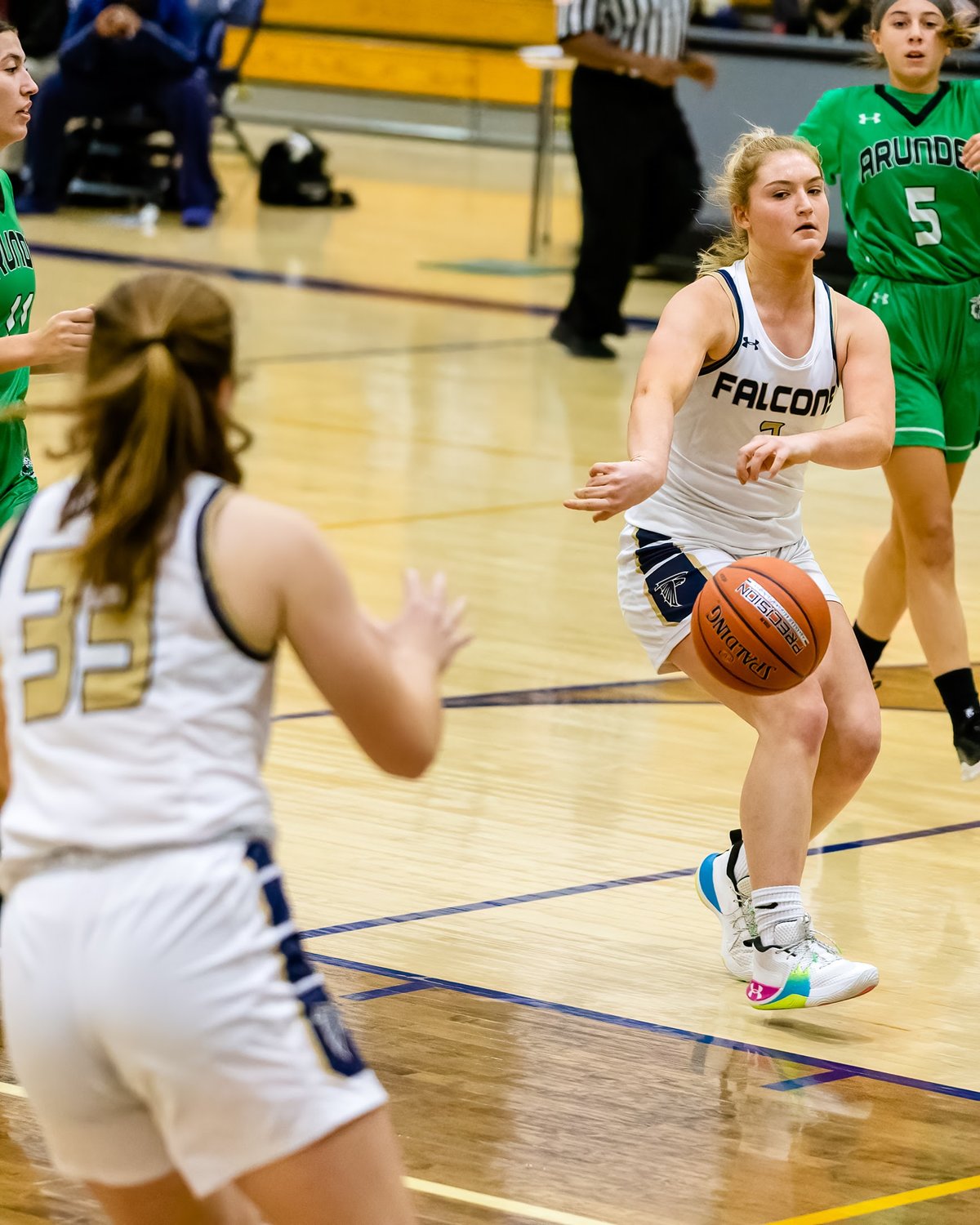 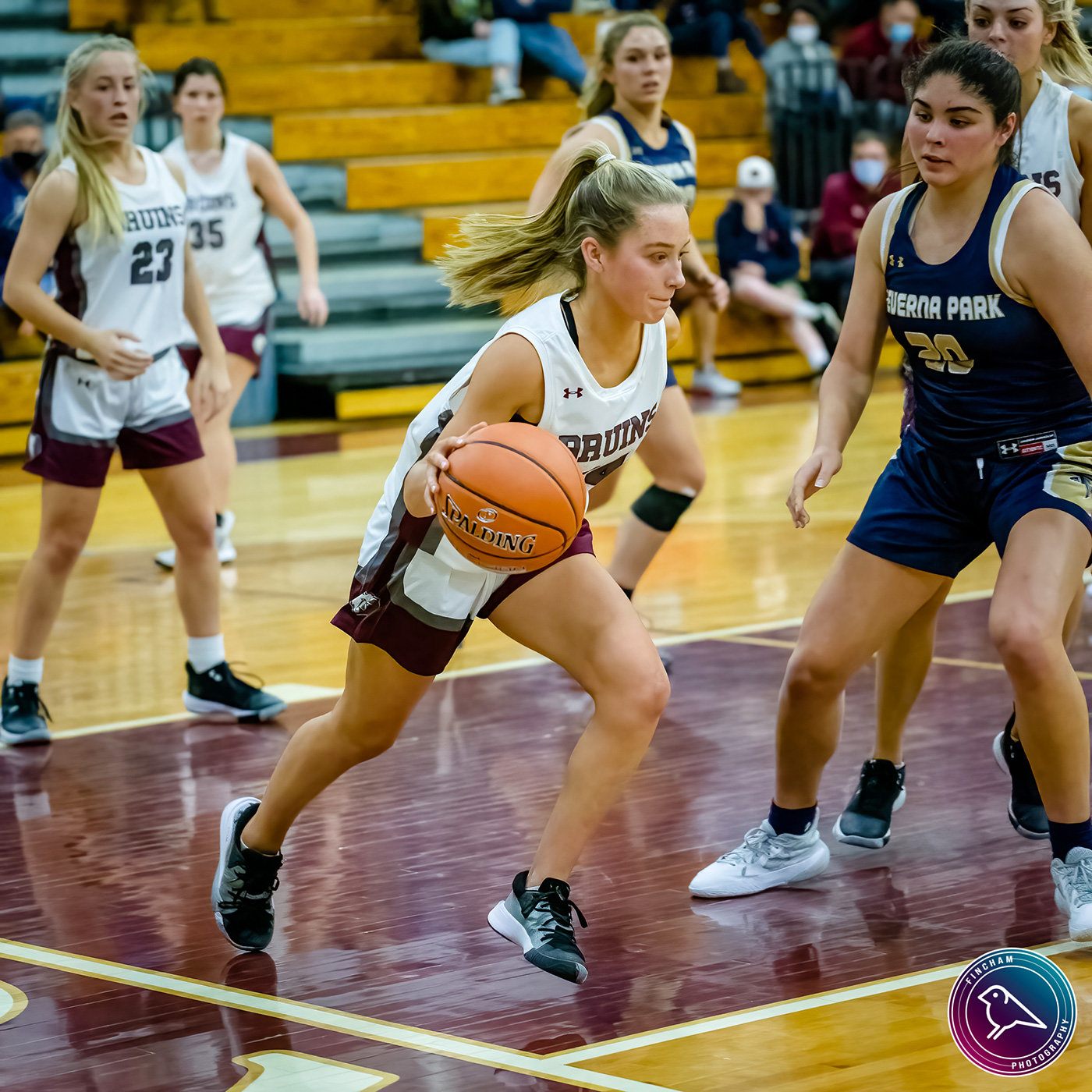 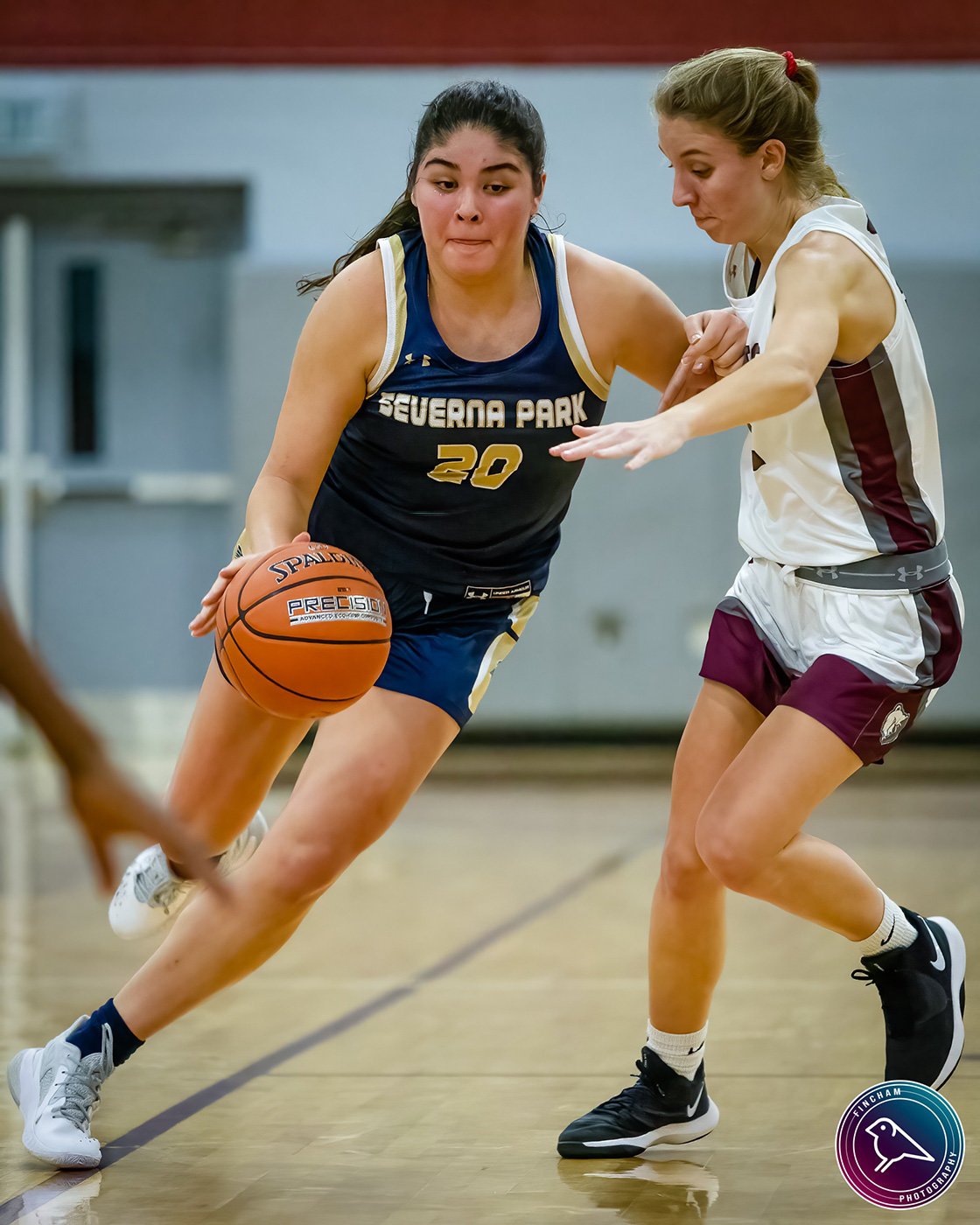 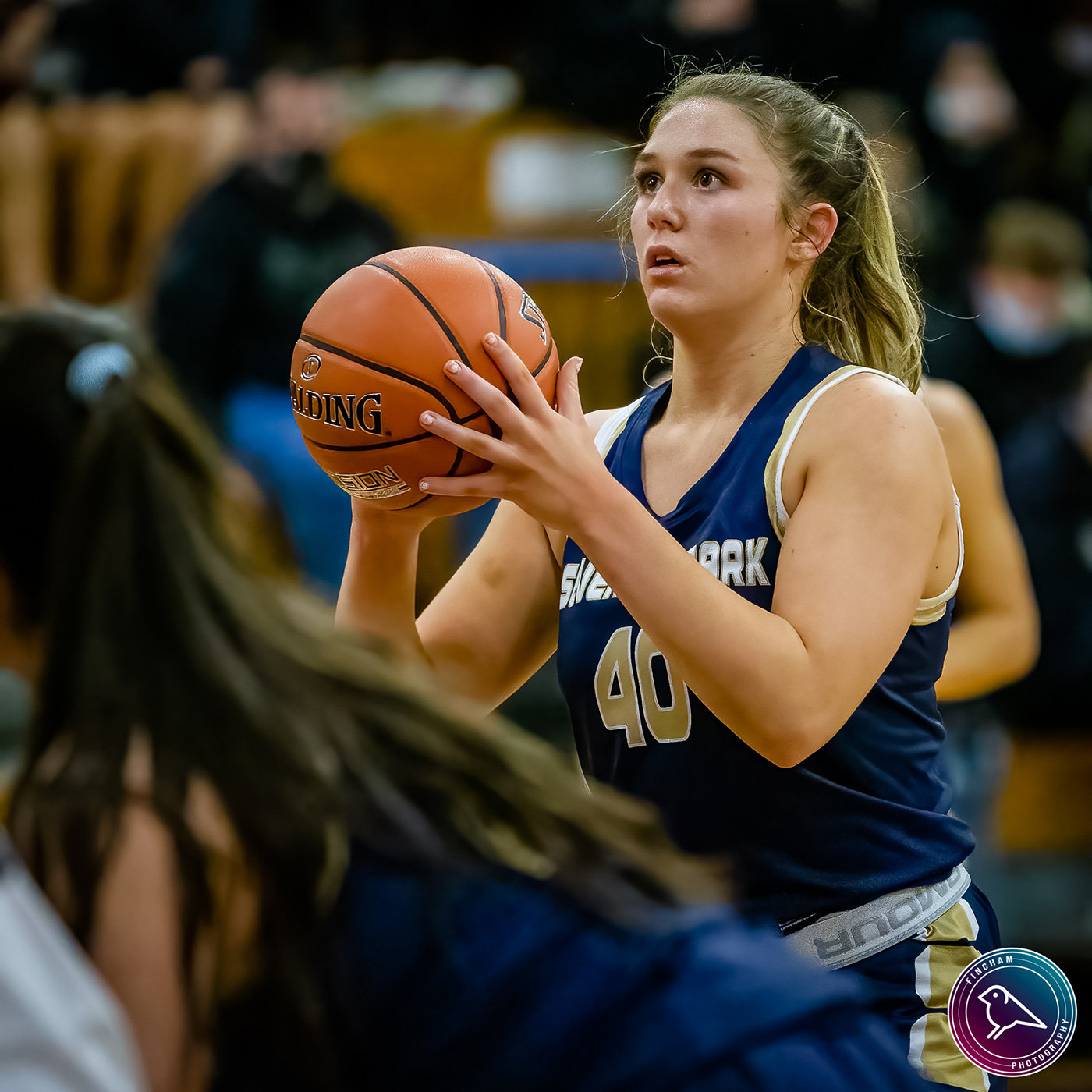 Amelia Smith will look to be a key contributor for the Falcons.
Photos by Christopher Fincham Photography 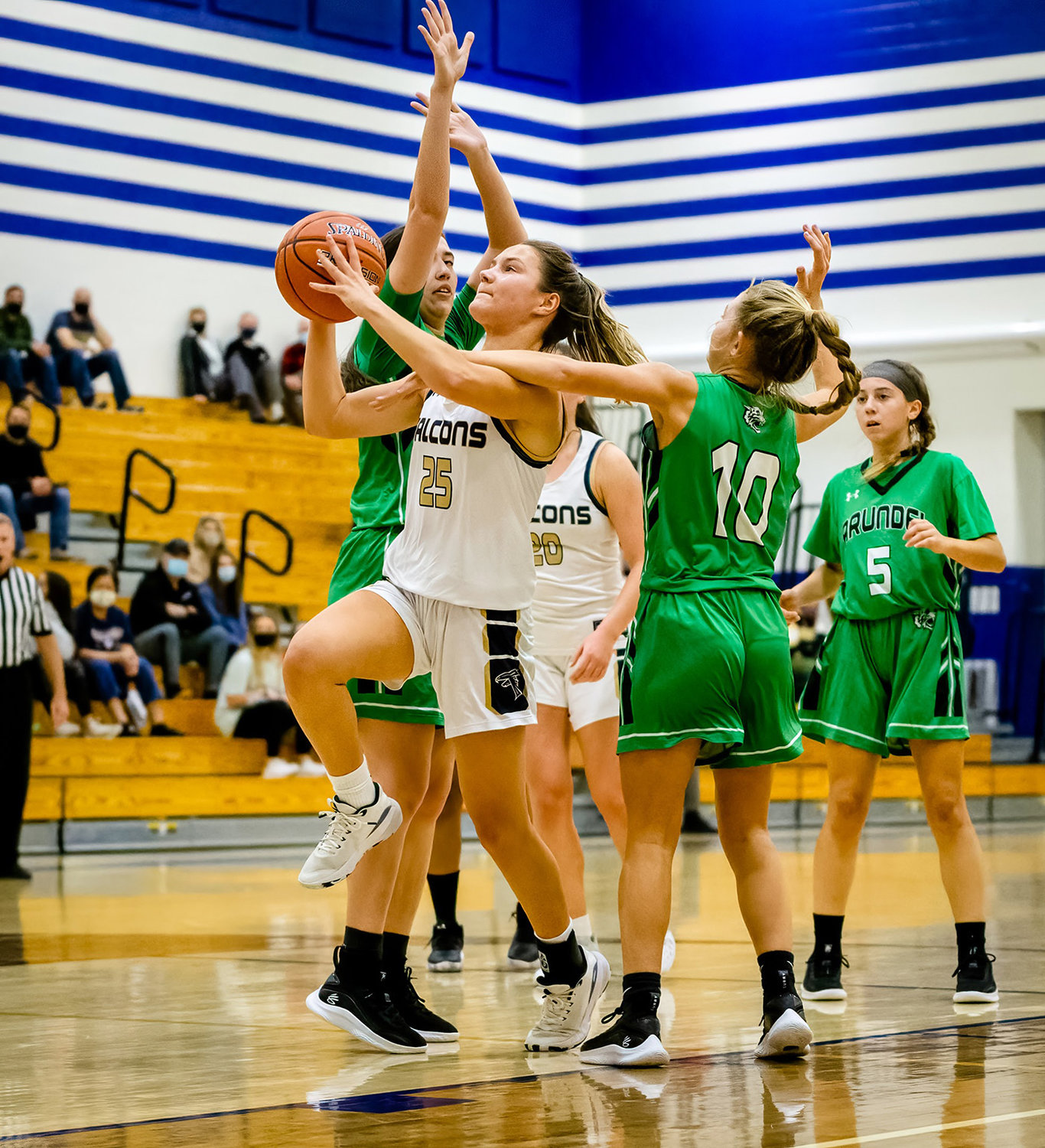 The way Severna Park girls basketball head coach Kristofer Dean figures it, the Falcons will have all the resources necessary for a success story.

Dean’s team possesses size and they know how to win.

It’s just that many opponents will underestimate Severna Park. That could be a big mistake.

“I don’t know if a lot of people expect us to do much,” Dean said. “But I see where we can go with our leadership and athletic ability. I don’t think the girls program has had a final four berth since the ‘80s. I’d like one, and the girls deserve it.”

That final four feat was accomplished twice in that decade, in both 1980 and 1988.

Severna Park graduated leading scorer Theresa Bragg after last season, but the team returns enough talent to make up for her loss.

Severna Park will get a big boost from the return of senior guard Lilly Spilker, who missed all of last season because of a knee injury. Junior forward Sally Trent should provide more scoring.

“If we are not the best defensive team in the county,” Dean said, “that would be a disappointment.”

“We will be exciting to watch,” Dean said. “We are a really fast team this year. Last year, we weren’t really a fast team.”

Broadneck coach Juan McKinney knows his team can make some noise, and he isn’t afraid to say so.

“We can be really good,” McKinney said. “If we limit our turnovers and play defense at a high level like I know we can, then we can make a deep run in the playoffs for sure.”

Depth will be among Broadneck’s biggest strengths with McKinney’s rotation featuring nine or 10 players.

“This is the most depth I’ve had,” said McKinney, a fourth-year coach.

Severn fans would like to forget about the past two seasons. Who can blame them?

The Admirals have gone 2-24 during that stretch.

The program needs leadership and new coach Jim Stromberg can provide it.

“It’s a new challenge, and I love the school,” said Stromberg, when asked about taking over the job.

“We are focused on improving every day,” Stromberg said.

Archbishop Spalding coach Aanika O’Connor will be put to the test as the Cavaliers’ new coach.

The team went 5-13 last year, leading scorer Kamari Sims (committed to George Washington) transferred to Riverdale Baptist, and the roster contains eight players and two of them are coming over from the softball team.

O’Connor, who coached at Meade last year after eight seasons and a 101-39 record, will have her share of concerns, but the starting lineup isn’t one of them.

Sanavia ranked second on the team in scoring last year and had two 30-point performances. Spalding assistant coach Jermaine Branch said Watkins is being recruited by a few Division I schools.

Those starters will be joined in the lineup by promising sophomore point guard Eyan Bailey, who sat out last season because of injuries.

“This team is better than a 5-13 team,” Branch said. “Our goal is to get better in every practice and every game.”