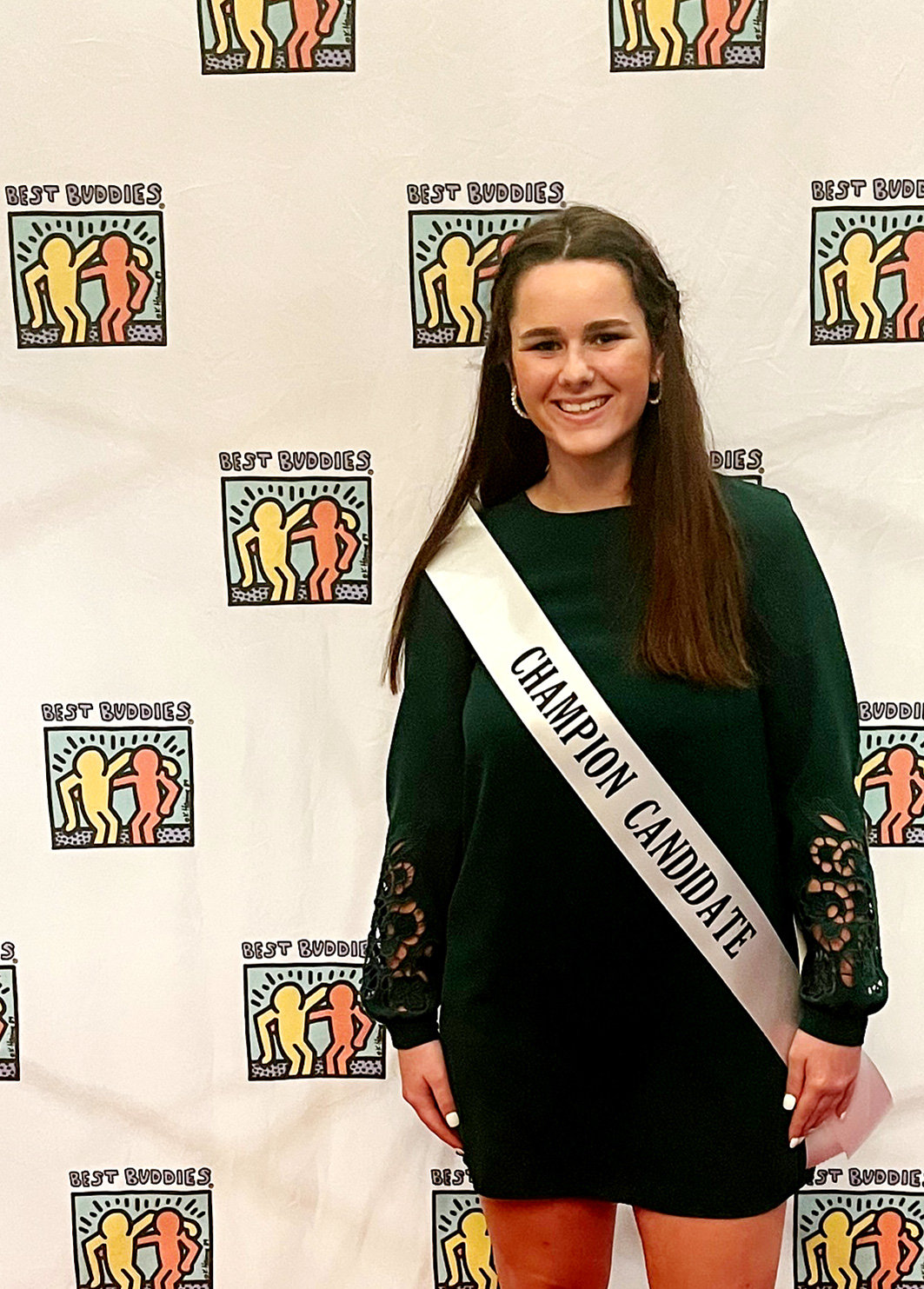 Severna Park High School sophomore Grace Curtin was named a Champion of the Year by the Best Buddies of Maryland program and recognized during a November ceremony in Hunt Valley.
Photos Provided 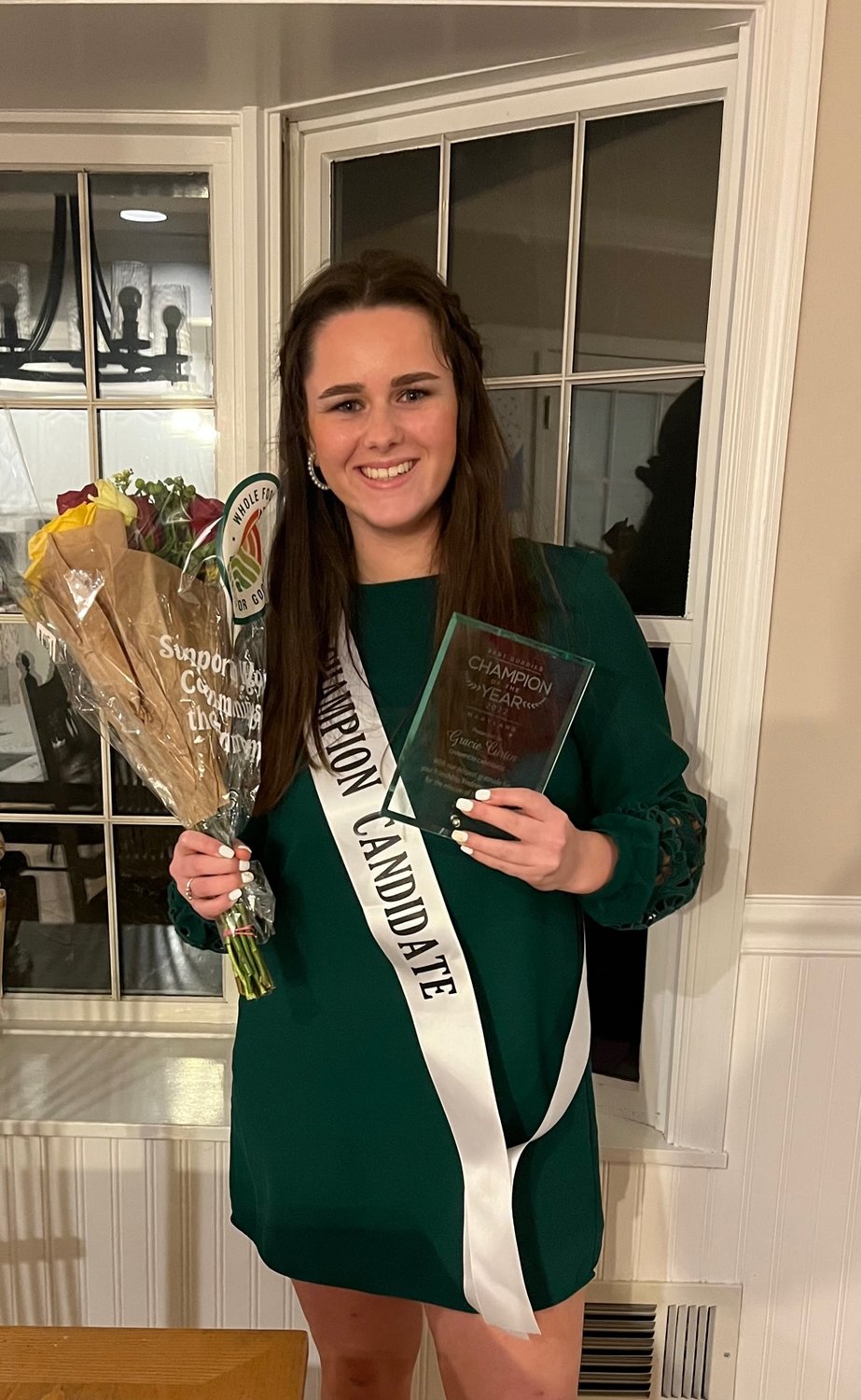 Severna Park High School sophomore Grace Curtin was named a Champion of the Year by the Best Buddies of Maryland program and recognized during a November ceremony in Hunt Valley.
Photos Provided
Previous Next
Posted Wednesday, December 7, 2022 1:51 pm
By Laura McElwain Colquhoun

While many parts of life were disturbed or upended for some people during the coronavirus pandemic, others used the interruption to foster newfound passions. For Severna Park High School sophomore Grace Curtin, it was discovering an interest in helping others with disabilities and finding volunteer opportunities to work with them.

In just two years, Grace’s work led her to become the youngest Champion of the Year, which is awarded by the Best Buddies of Maryland program.

Best Buddies is an international organization dedicated to establishing a global volunteer movement that creates opportunities for one-to-one friendships, integrated employment, leadership development, and inclusive living for individuals with intellectual and developmental disabilities.

During the pandemic, Grace became close with her 5-year-old neighbor who has autism. From this experience, she discovered she wanted to help others with disabilities, and she became involved with Best Buddies of Maryland.

Grace has older cousins who were already involved with Best Buddies.

"They made me realize I wanted to be like them and help people," Grace said.

Within the last two years, Grace has worked with the Best Buddies program both at the state level and at her school. For the state program, she has attended training programs and participated in events. Grace recently spoke at a statewide conference on the importance of inclusion as well.

Grace currently serves as president of the Severna Park High School chapter of Best Buddies. During her tenure, membership has grown to 40 and engagement has increased. However, she continues to aim even higher. Her goal is to "hopefully inspire more people to be involved and spread the message of inclusion." To this end, the chapter sponsors monthly events at the school to raise awareness. They also encourage members to interact with and become friends with students in the special education programs through various means such as eating lunch together.

All of Grace’s work and dedication to the Best Buddies program at both the state and local levels contributed to her being nominated by several Best Buddies staff members to be Champion of the Year. She was the only high school student to be nominated and the youngest nominee by more than 10 years.

Nominees are asked to fundraise for the organization over a six-week period. Because of her age, she was not expected to fundraise, but she insisted on participating and raised $9,000. Of the seven nominees, she raised the third highest amount. Grace was recognized at an award ceremony in Hunt Valley last month.

Outside of Best Buddies, Grace’s extracurricular activities often revolve around helping others. She plays in the unified bowling league at her school, where she partners with a student who has a disability.

Although Grace doesn’t have definitive plans following high school, she aims to do something in special education where she can have an impact on a community.

Grace said she continues to be inspired by her “best buddies.”

“I hope that they all know that even if they are different, that they are loved and not alone,” Grace said.