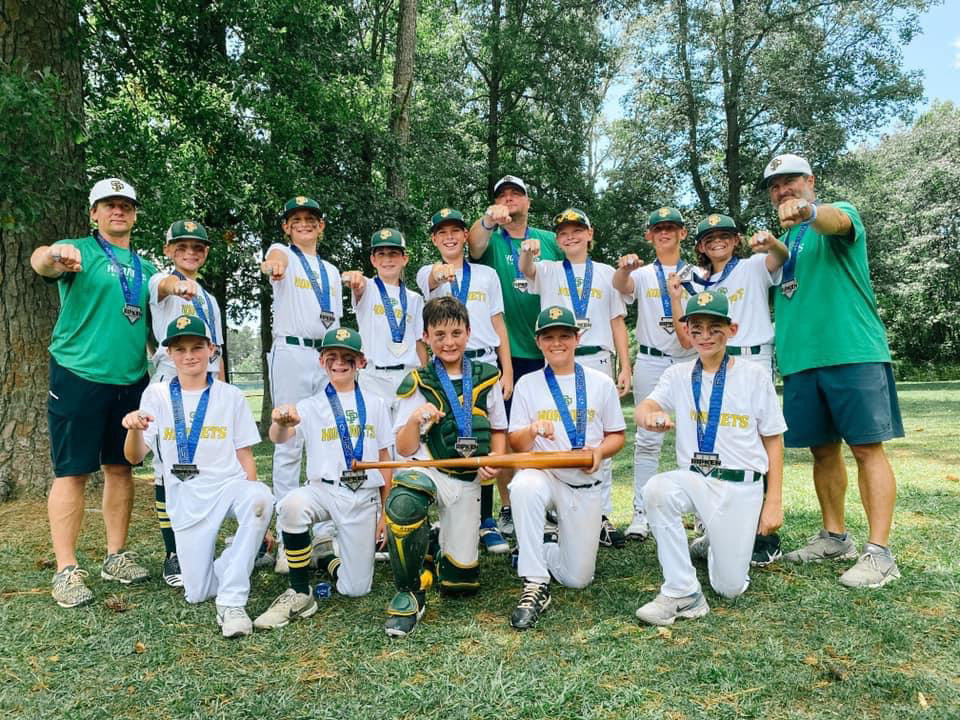 The Green Hornets 11U baseball team played a long season consisting of 54 games from March through July and ended with an overall record of 39-15.

Throughout the season, the team finished as champions of the inaugural Severna Park Knock the Rust Off tournament, the Rogue Freedom Rundown tournament and the CBA Elite regular season. They were runner-up in the Armed Forces Slugfest and the Ripken Big Kahuna Tournament in Myrtle Beach, South Carolina.

By ending the season in Myrtle Beach against great teams from around the country, head coach Tim Bowerman feels the team exceeded expectations.

“These boys love the game,” he said. “They spend countless hours with us on the practice field as well as on their own getting better. We are fortunate to have built a relationship with coach Matt Selmer, of Indian Creek High School, who the majority of the players go to for private lessons. Coach Selmer is great with the boys, and they love working out with him.”

Coach Bowerman led the squad along with assistants Tim Delobe and Jim Viera.

"[The boys] work hard at practice and put in even more effort on their own to get better each day,” coach Viera said. “This results in a hardnose group of young men that grind for each other when we take the field. What is more important to see as a coach and a parent is the bond they have built as a group that connect each day whether that be on or off the field."

"When I look at where these boys were at the beginning of the season to where they are now, I am amazed with both the growth in work ethic as well as the achievements that hard work produced,” coach Delobe said. “We have ballplayers that focus on continually developing their craft and competing. As coaches, we couldn't be prouder of their fight."

Practice has started for the 12U fall season and the coaches are looking forward to upcoming games. Tyler Rochon will improve the team’s outfield while also getting playing time at first base and as a pitcher. The team expects to play 23 to 30 games this fall, including five tournaments.

“There is a lot of talent on this team, but what I am most proud of are the young men that they are becoming,” coach Bowerman said. “I feel honored to be a part of their life on and off the field.”