Green Hornets 11U Team “Knocks The Rust Off” With Tournament Win 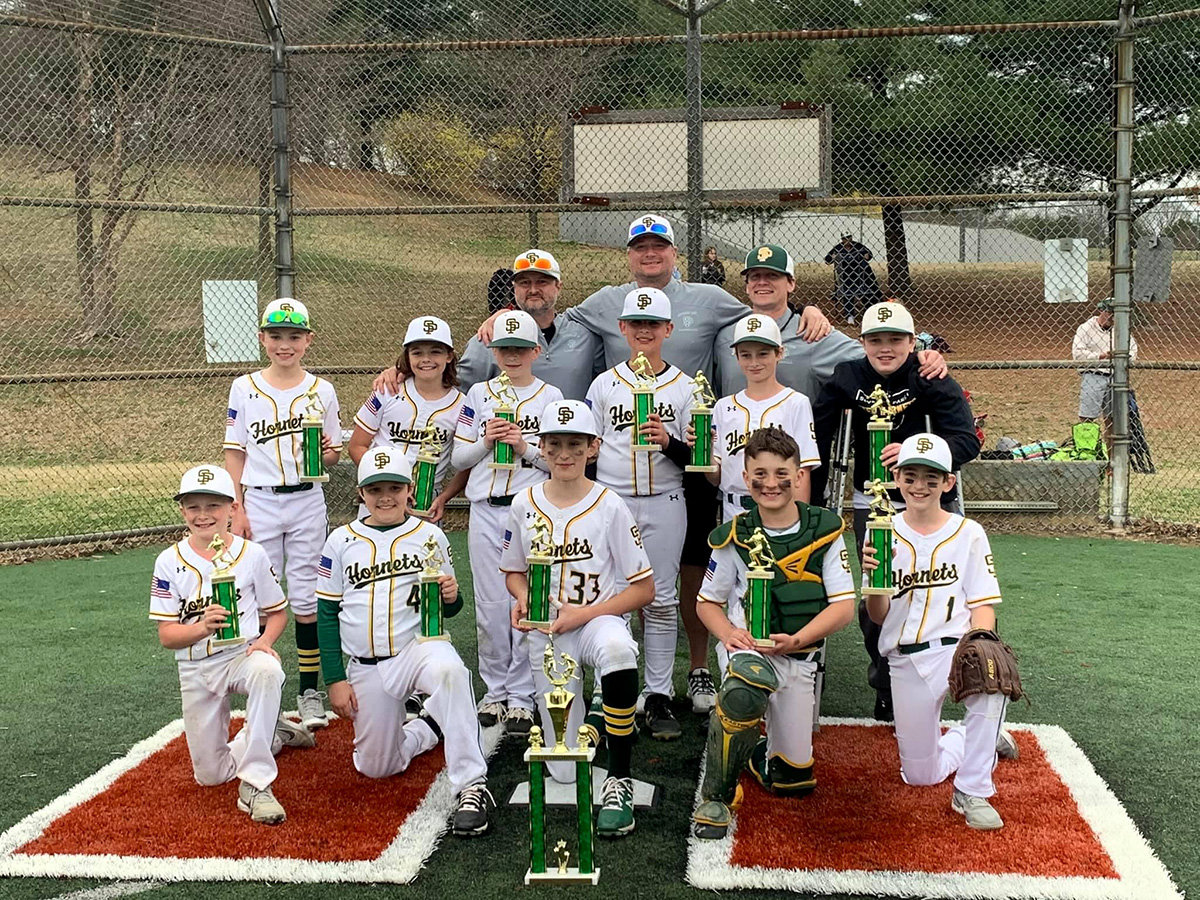 The Green Hornets 11U travel baseball team went 3-0 to win the Knock the Rust Off tournament at Kinder Farm Park during the last weekend in March. Their schedule included wins over GORC (7-2) and the Sandy Spring Falcons (6-4 and then 9-6 in the championship).

Ty Bowerman and Charlie Delobe set the tone in the first game against GORC by throwing three innings each while surrendering only two runs combined. In game two, the first against Sandy Spring, Brandon Matta toed the mound to start, with help from Tyson Viera, before Sebastian Kongas came in to close out the 6-4 victory. Game three again pitted the Green Hornets against Sandy Spring. In the championship, Kongas went a solid four innings and Ty Bowerman notched the two-inning save.

“The best thing about the pitching as a coach was that even though some pitchers had a lot of innings, the pitch count was low,” said 11U head coach Tim Bowerman. “We didn't even have to go to two of our starters, Chase Goldman and Jonathan Bullough, in the three games.

“Our defense was great and played very clean baseball from the first pitch in the first game to the last pitch in the championship game,” he added. “We tallied 23 hits in three games and took advantage of what they gave us on the base paths.”

The boys did not rely solely on their tournament games to spark their improvement.

“We had 10 weeks of extensive fundamental workouts indoors,” coach Bowerman said. “The boys worked hard to improve as a team, and what I appreciate most was the buy-in from parents. A lot of the players had private coaches and lessons over the winter. We really have a great group of kids and families.”

They expect to play several tournaments and roughly 60 games this season, finishing with a week-long Myrtle Beach tournament in July.

“I am very excited to get out of the gate strong with some hardware and think this team has the opportunity to do some great things this spring,” coach Bowerman said.