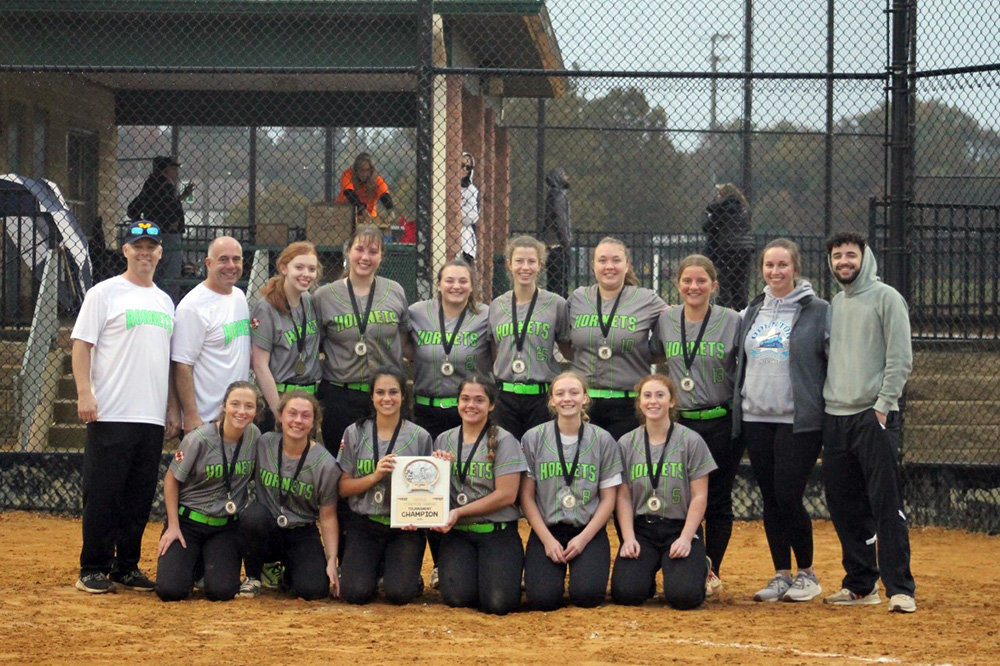 This team, which has been together for more than five years, ended the summer 2022 season as USSSA “C” Division regional champions.
Photo Provided
Posted Thursday, November 3, 2022 9:48 am

Players on the Severna Park Green Hornets 18U softball team completed their time together by capturing several awards in their final year of play. This team, which has been together for more than five years, ended the summer 2022 season as USSSA “C” Division regional champions, winning the Northeast region, comprising 14 states from Maine to North Carolina.

This fall, the Green Hornets went 9-0 and won the two tournaments it entered. In the team’s final weekend, they took home the USSSA 18U “C” division championship in the Pumpkin Smash tournament in dramatic fashion.

The victory was bittersweet for the Green Hornets, as it marked the end of an era for the players and coaches. Many members of this team began playing together in elementary school and are now preparing to graduate from high school. Their celebration and excitement for winning the championship game was mixed with sadness that their time together had come to an end.

“This is a special group of players and families,” head coach Greg Jimeno said. “It’s not common for a team to play together for such a long time, which makes their accomplishments even more meaningful. The players worked hard to improve as softball players, but more importantly, they are great kids. The longevity and success of this team is a testament to the culture we were able to create.”