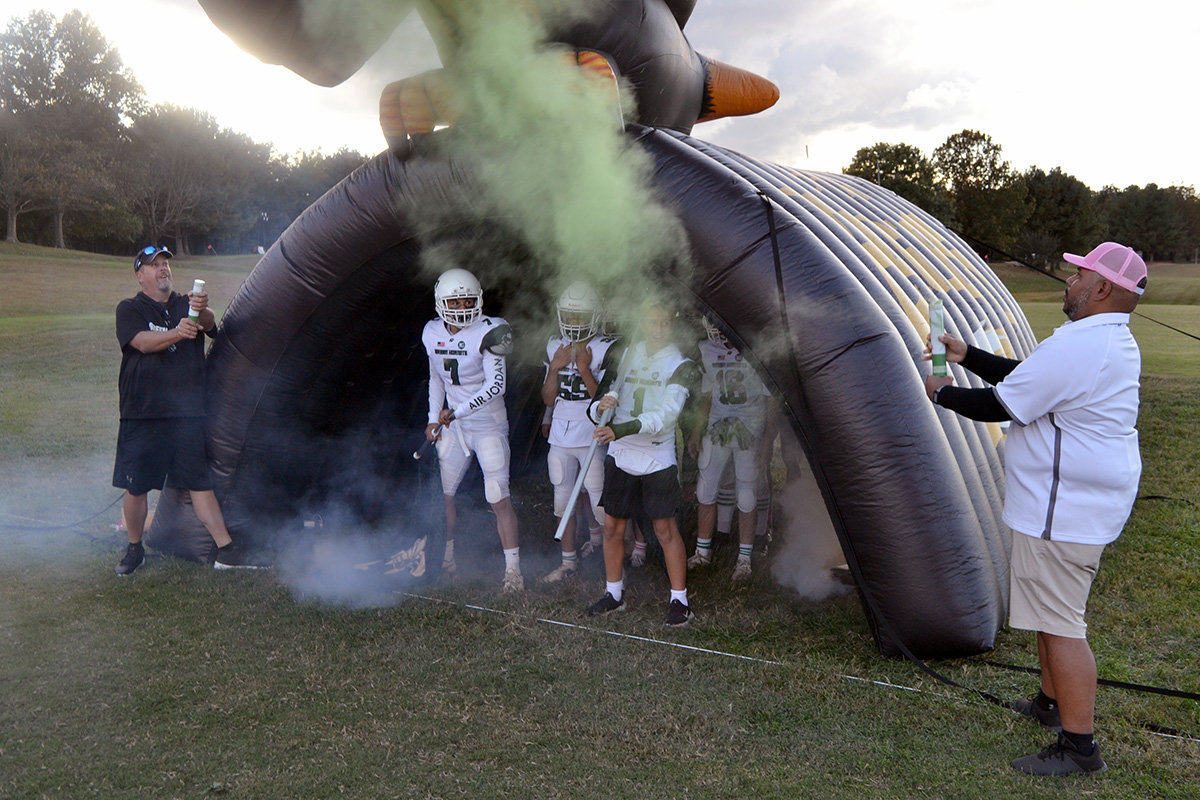 The Green Hornets 14U A team got ready to run out of the tunnel before their homecoming game vs. the Upper Queen Anne’s Lions on October 23. 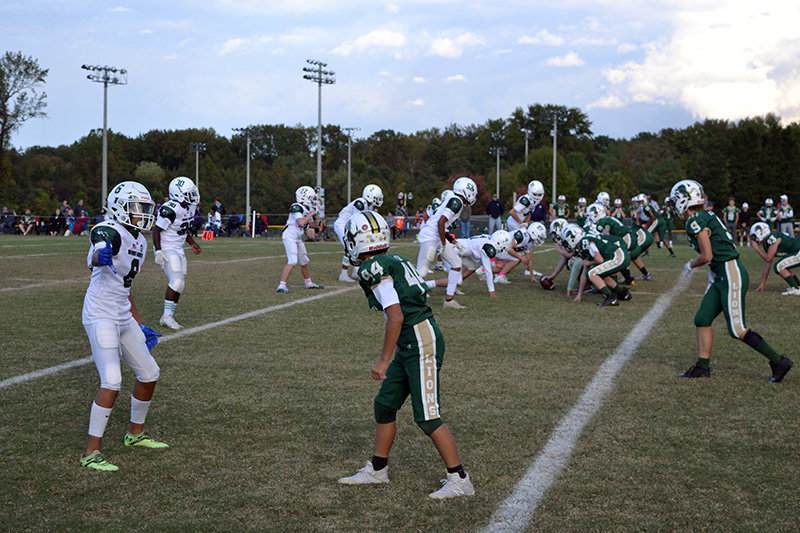 In a battle of 14U teams, the Green Hornets played the Upper Queen Anne’s Lions on October 23. 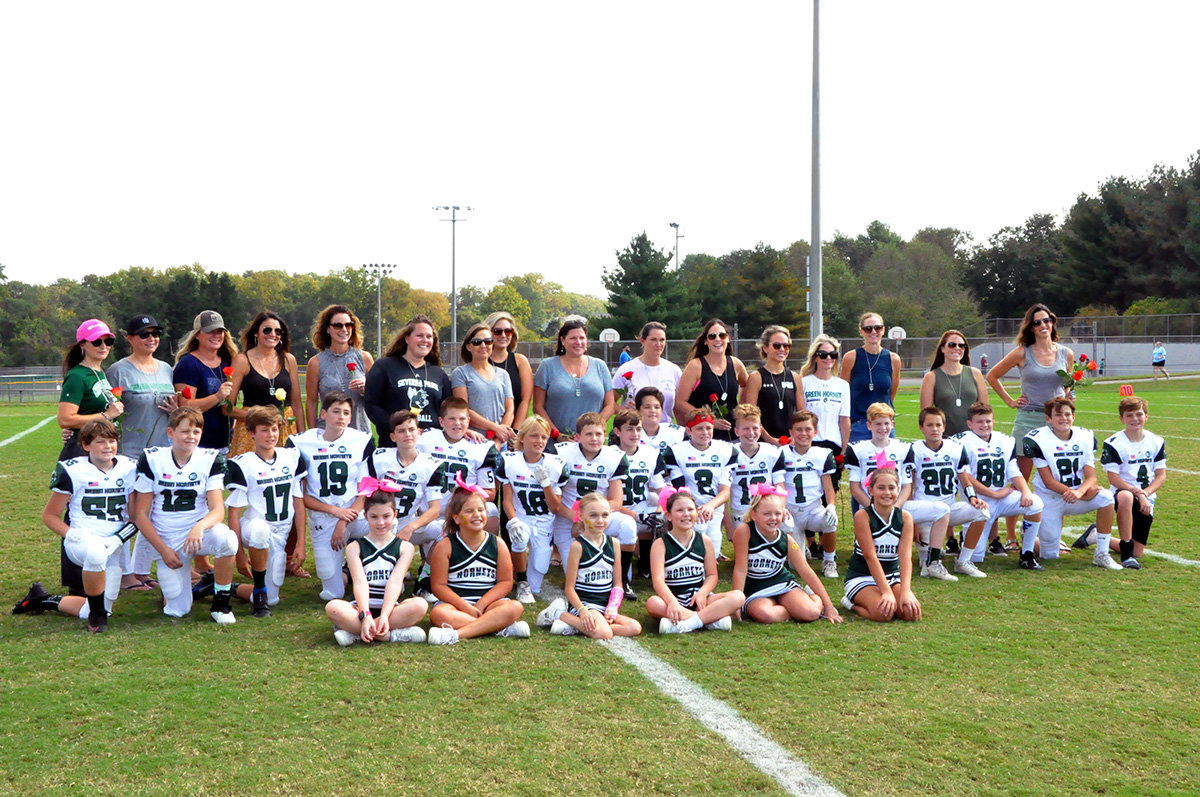 Members of the 11U A team posed for pictures with their families before their homecoming game on October 16.
Previous Next
Posted Thursday, November 4, 2021 8:15 pm
Photos by Conor Doherty

The Green Hornets youth football program held its annual homecoming games over two Saturdays, October 16 and October 23. The split was due to the higher-than-expected number of teams Green Hornets fielded this season. The program had 11 teams this fall and doubled the number of kids playing compared to last year’s pandemic-shortened season.