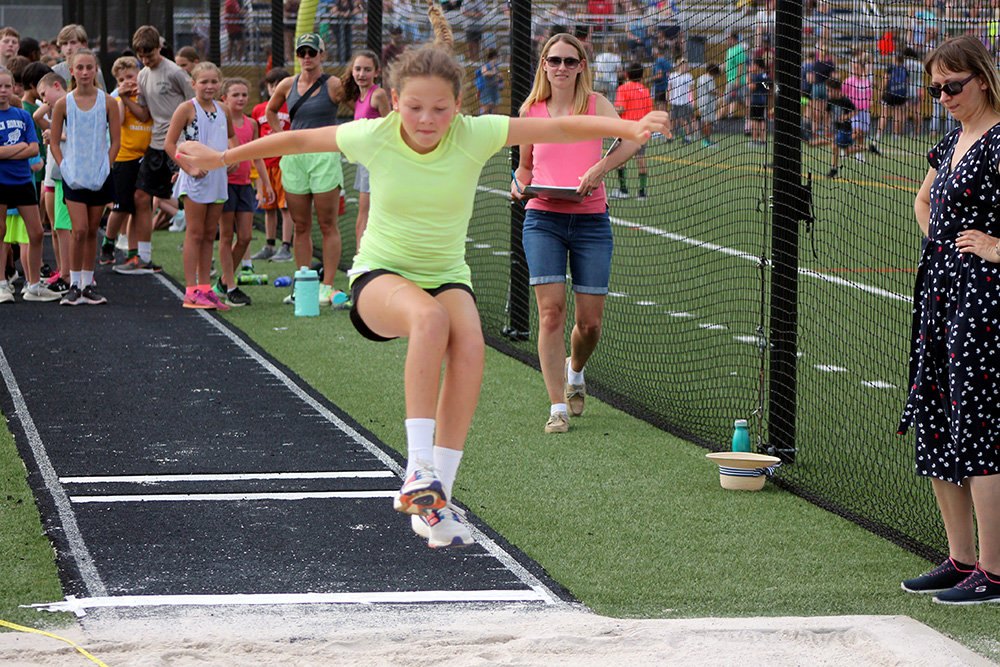 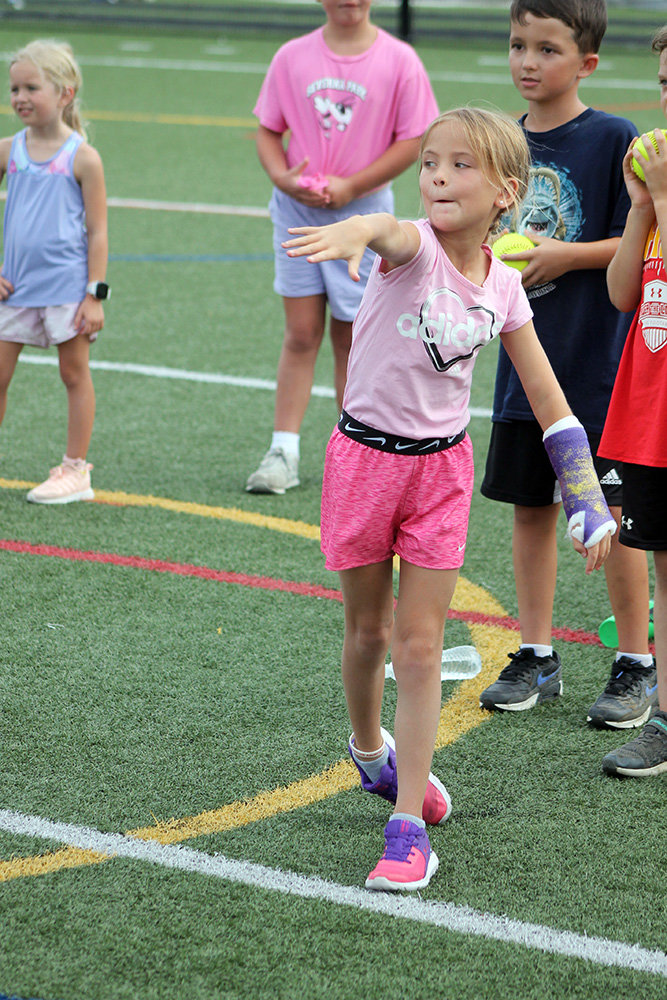 Natalie Florio participated in the softball toss during the meet.
Photos by Conor Doherty 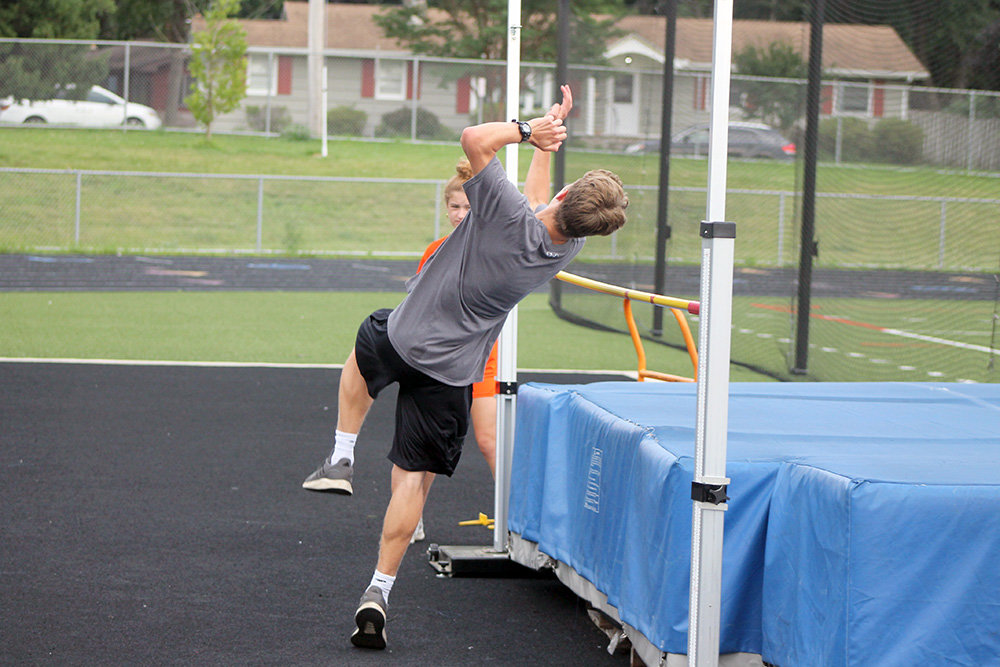 Reilly Caldwell soared over the bar during the high jump competition.
Photos by Conor Doherty
Previous Next
Posted Monday, August 15, 2022 10:03 am
By Conor Doherty

When summer arrives, many kids turn to their community’s swim team as a way to stay active. But for kids who enjoy cross country or running in general, the Green Hornets track and field program is a great opportunity for kids to try.

The 2022 season ran from June 27 to July 29. Practices were held every Monday, Wednesday and Friday with the last four Fridays of the season featuring meets where kids competed.

During the meets, the kids participated in three events, choosing from the 100-, 400-, 800- and 1600-meter runs, long jump, high jump, discus throw, shot put, rubber javelin throw, and a softball toss for kids 8 years old and younger.

Elizabeth Nabor was selected to be the program’s new commissioner about six months ago, but she has been involved with the program for over five years.

“It’s phenomenal seeing so many kids out here,” she said. “I think it’s part of the reason why you see so much success in Severna Park’s cross country and track and field programs. We build the interest early and we kind of demystify it because there is a lot going on with track and field. With all the events, it can be a bit intimidating for kids initially. But we give them a fun introduction.

“The whole point is that kids leave finding something about track and field that they really enjoy doing and that they gravitate toward,” Nabor said. “We have so much community support. It’s not just me out here. I have like 30 age group coaches out here. I have a high jump coach, I have a throwing coach, I have a speed and agility coach. And then it takes about 30 parent volunteers just to pull off meet nights. It’s a very popular program and it’s great to see all of the kids out having fun.”