If You Give A Girl A Donut 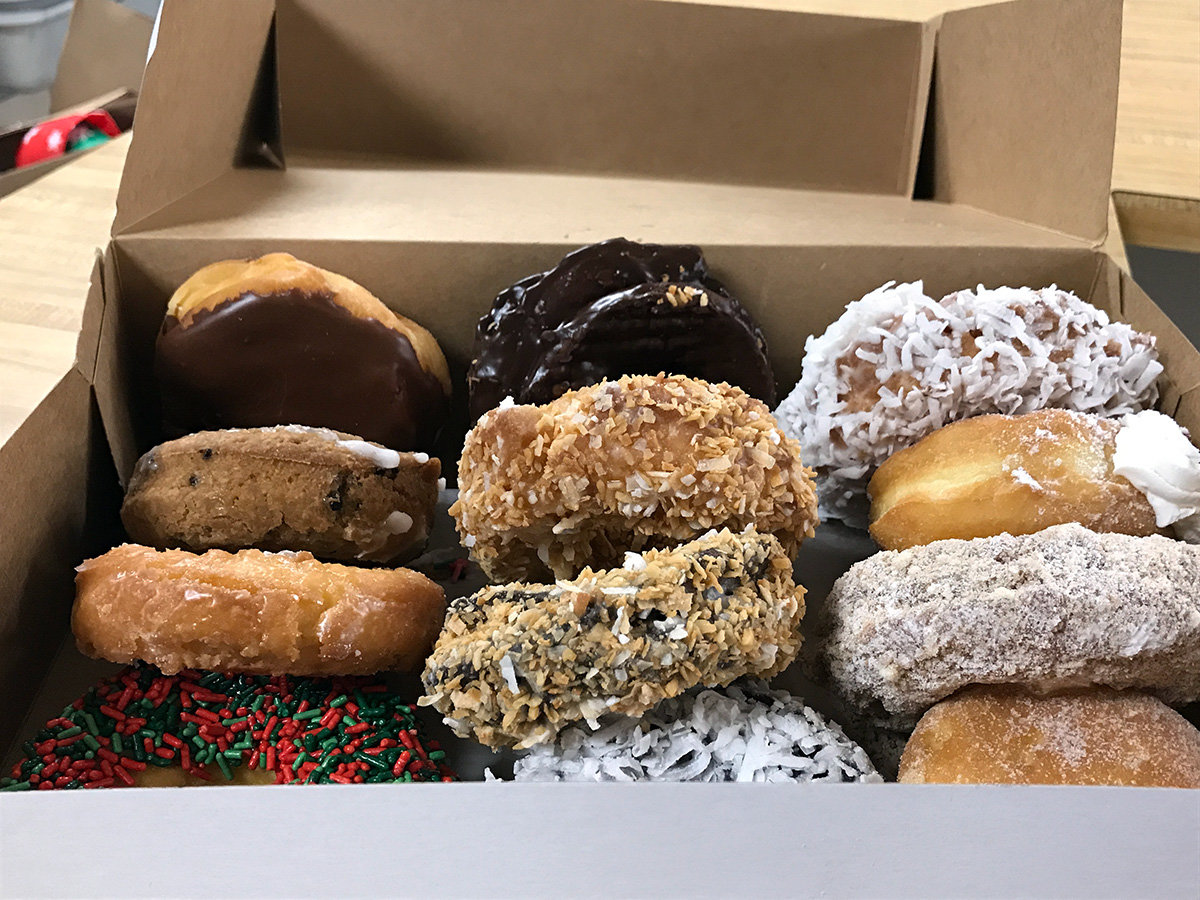 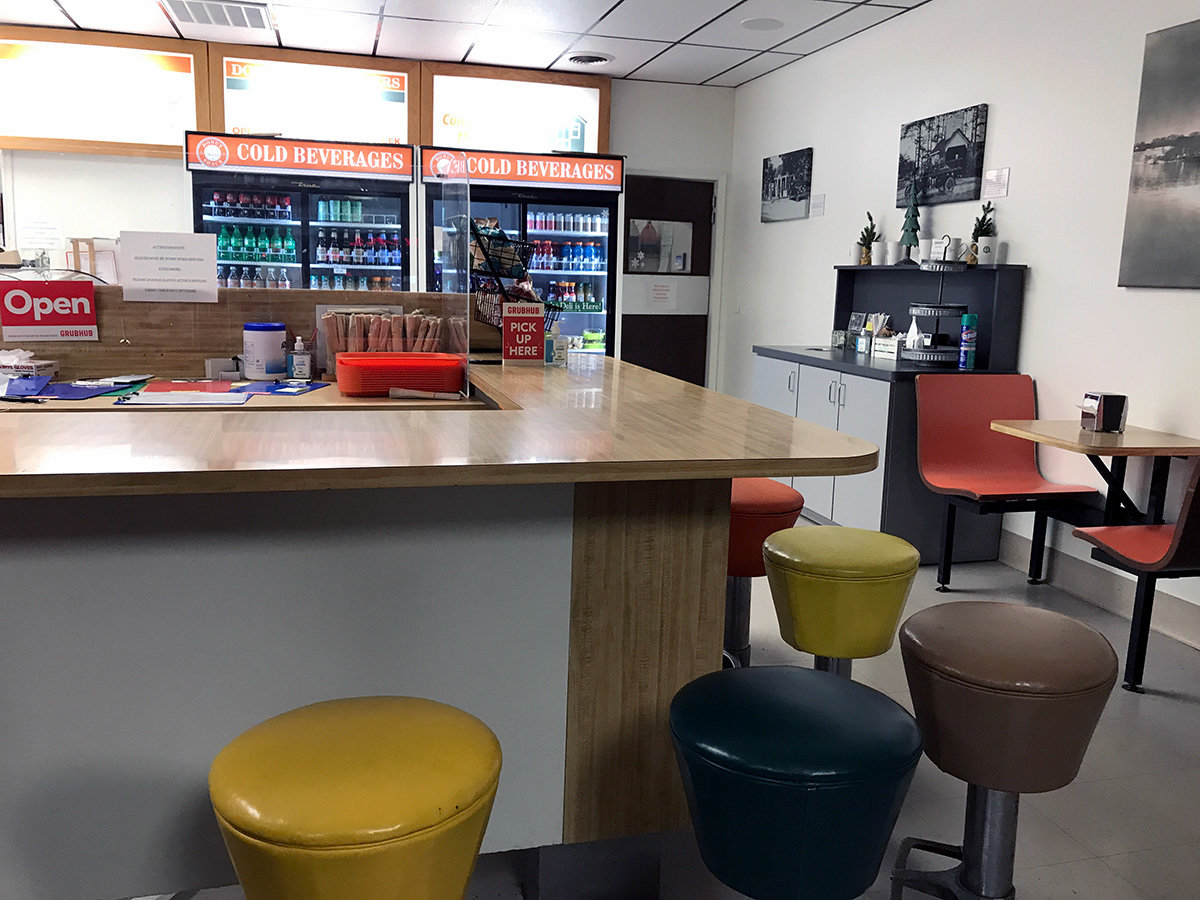 Donut Shack immediately transports you to a gentler time. The 1970s décor — a long counter with colorful yellow, black and red vinyl stools, and the small tables with bright red plastic chairs — is an instant shot of nostalgia.

According to the restaurant's website, Donut Shack began in 1978. Ownership changed hands a few times before Bill and Stacey Prevezanos took over in 1985 and kept the business going for 34 years. After a brief transition when Donut Shack had new owners, a group of locals invested in the Severna Park mainstay. They wanted to restore it to its glory days, utilizing original recipes from the Prevezanos family. Glancing around, I thought of all the young people through the years who stopped in after sports games or late at night after a dance. I wonder how many people fell in love while nibbling on a cream-filled donut and sipping hot cocoa.

The Donut Shack focuses on what it does best: donuts! It has the usual offerings – glazed, powdered, Boston cream, apple crumb, lemon and many other choices.

I ordered more than a dozen and happily sampled my way through a box, and I found it hard to find a favorite. If forced to choose, I'd say the strawberry shortcake was the best of the bunch. Stuffed with strawberry jelly on one side and sweet vanilla cream on the other, the mix was a taste of summer in November. The Bavarian cream donut was soft and light on the outside, with decadent, rich cream inside and peeking out on the ends. Moving right along to the coconut, I savored the slightly sweet, nutty taste with a hint of lemon, and the fresh coconut.

Those are all classic donuts with classic flavors. I also thoroughly enjoyed the leftovers the next morning. My dad and I especially like day-old (or older) donuts dipped in strong hot coffee!

Donut Shack also has muffins, cinnamon buns, and cookies. I ordered a giant chocolate muffin and found it fresh, with enough deep chocolate flavor to satisfy the most addicted chocoholic. Filled to the brim, I forced myself to taste the large sugar cookie and found it soft, with a strong buttery vanilla flavor – yum!

When asked about customer favorites, front-of-house manager Deirdre Messick said glazed and sprinkled donuts are always popular. Still, the one that sells out daily is the "chop suey" — an apple fritter you can order with or without raisins. I didn't get to sample this one because it was sold out.

The Donut Shack currently has a "Donut Madness" contest, pitting two donuts of the week against each other. Various offerings have included “the tux,” a classy chocolate-covered donut with white frill; pecan pie; salted caramel; or for the more adventurous eater, crab, peanut butter jelly, and chips; and maple bacon donuts.

Messick said favorites from the contest might become permanent on the menu.

What's a donut without coffee? Donut Shack serves Annapolis-based Ceremony Coffee, hot or iced. And, if you're hungry for more than donuts, get lunch with a grab-n-go sandwich or salad provided by Severna Park’s Park Deli.

Donut Shack also gives back to the community. In the evenings, students from Severna Park and Broadneck high schools take leftover goodies to local nursing homes and to Lighthouse Shelter in Annapolis.

The Donut Shack usually is open 24 hours; however, due to COVID-19, the current hours are 6:00am to 8:00pm. Delivery is available on weekends. Check out Donut Shack online at www.theshackisback.com and keep up with new donuts and offerings by checking the Facebook page.

Stop in “The Shack” for a sweet treat, or maybe to talk over life with a friend.