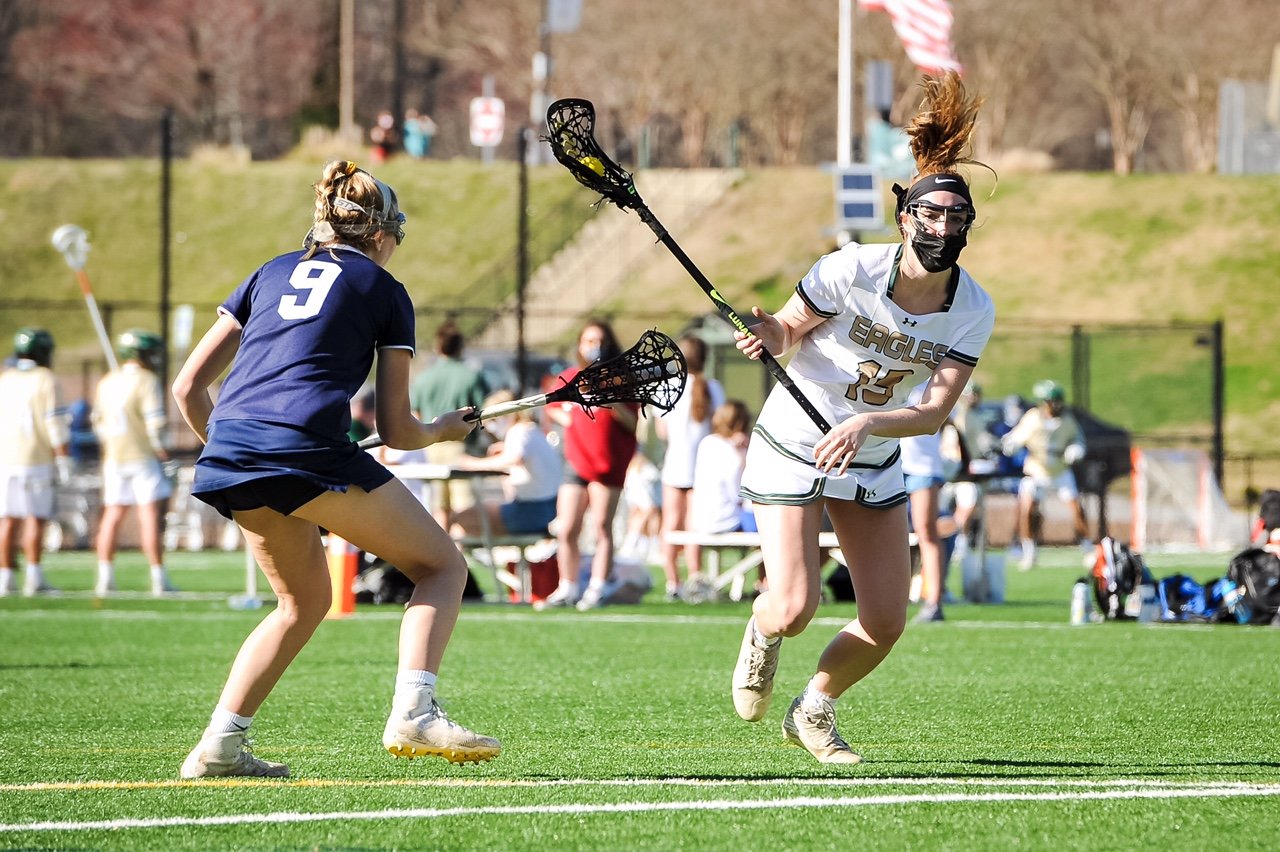 Megan Bunker, a senior, netted her milestone goal in the opening minutes of the Eagles’ victory on March 26.
Photos by Colin Murphy 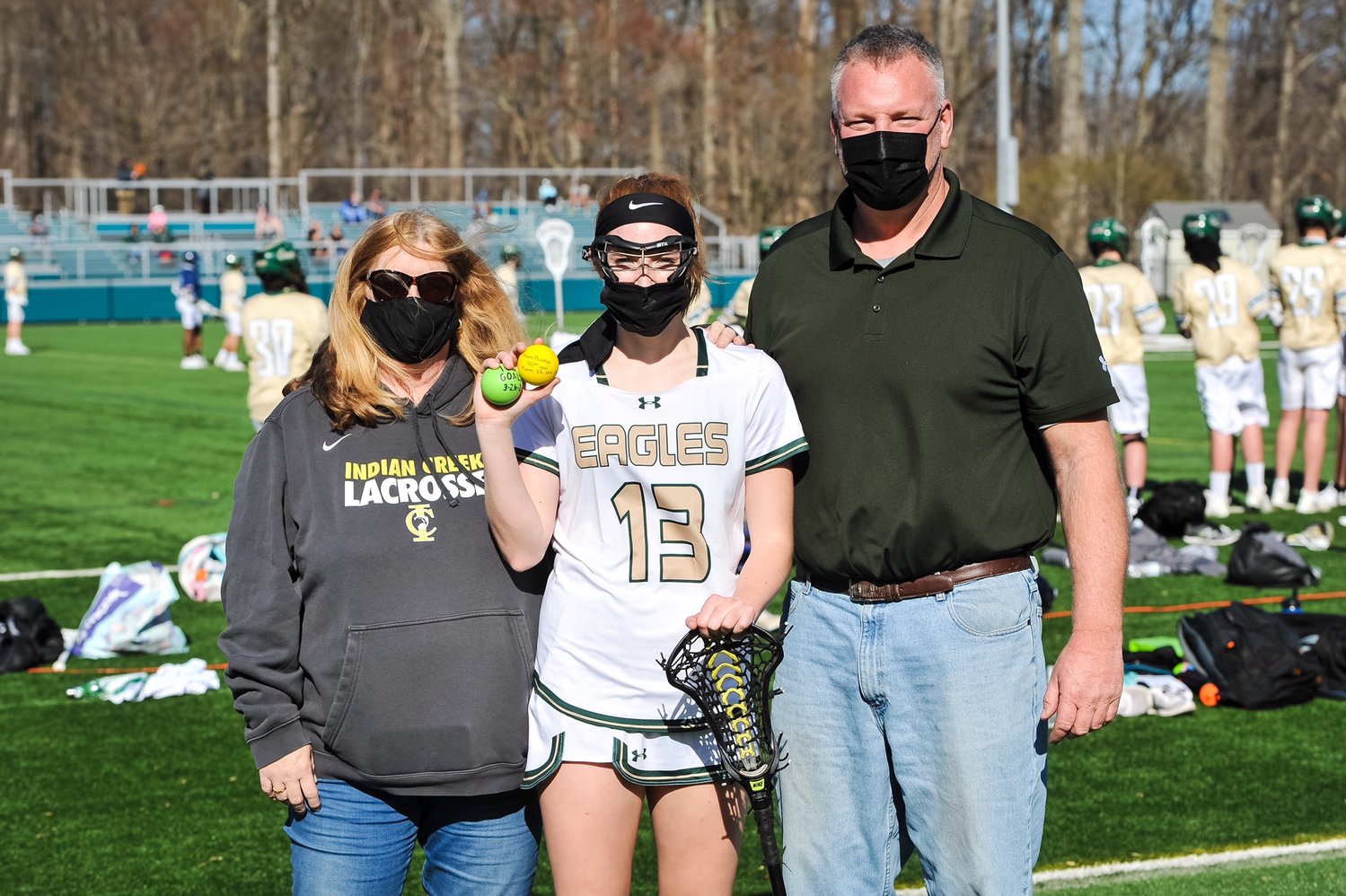 Bunker, a senior, netted her milestone goal in the opening minutes of the Eagles’ victory, which moved the team to 3-0 in Interscholastic Athletic Association of Maryland C Conference play.

“I’m fortunate first off just to have a season in the crazy world right now,” said Bunker. “When hitting a milestone like that, to have such a supportive group of girls and a great coaching staff to be there me when I get to achieve something like that, it just feels so great, and it definitely makes the whole experience a lot better.”

With conferences victories over Key, Pallotti and Chapelgate and a scoring differential of 61-5, Indian Creek’s players are confident they can reach their goals for the season.

“That’s been the goal from the beginning, so no matter what kind of season we have, we’ve always wanted a championship,” said Bunker. “This year, we definitely have the skill on the team to be able to attain that. Everybody puts in so much work at practice, the effort is there from every single individual on the team, and I really think it’s an attainable goal this year, and that’s what we’re working toward.”