It’s Back! Independence Day Parade Brings The Community Together 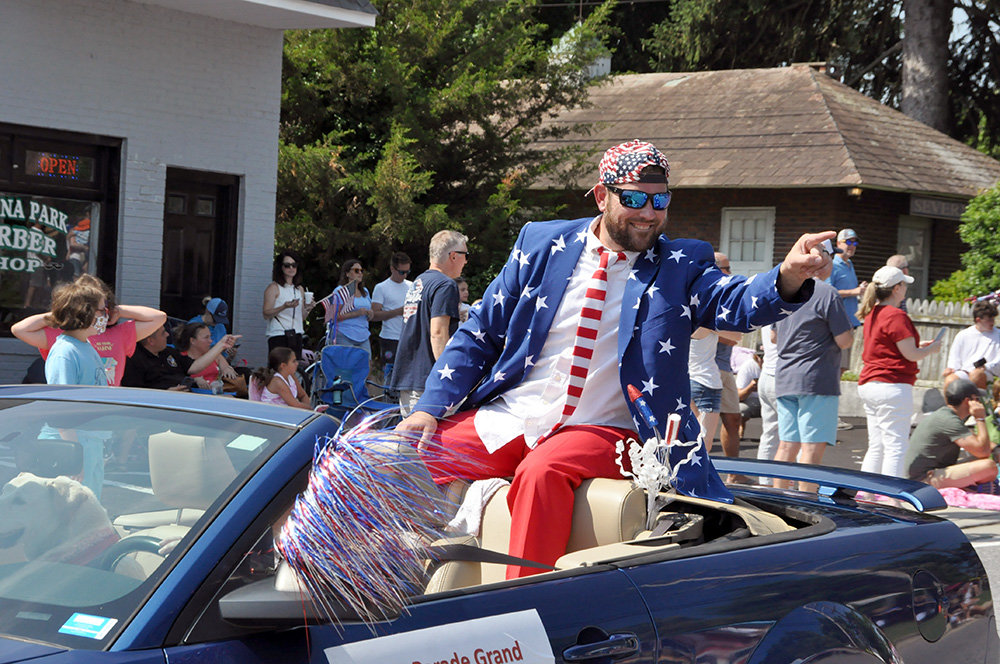 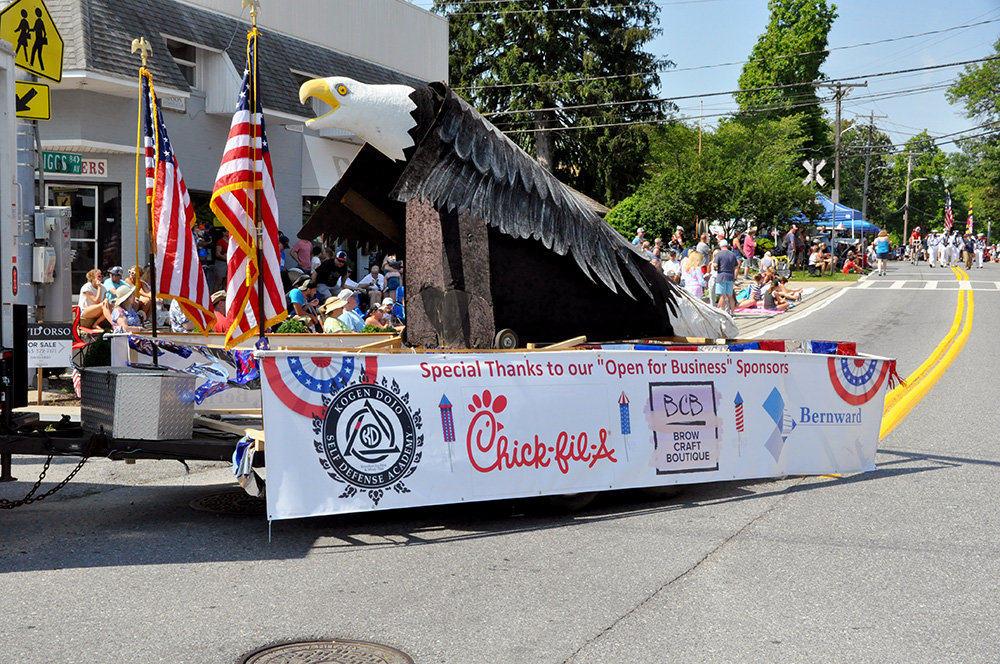 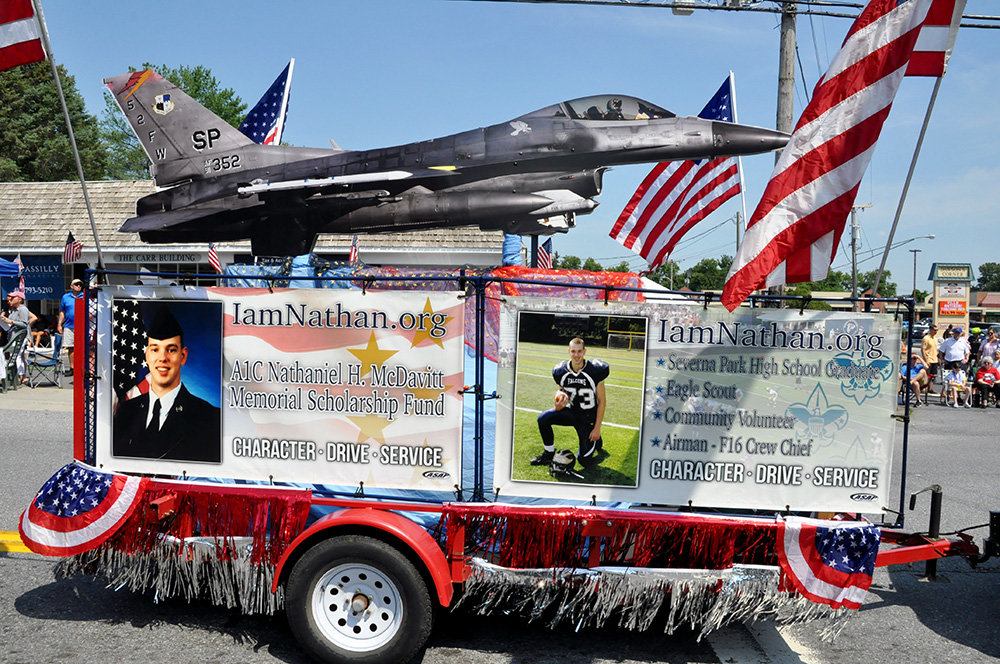 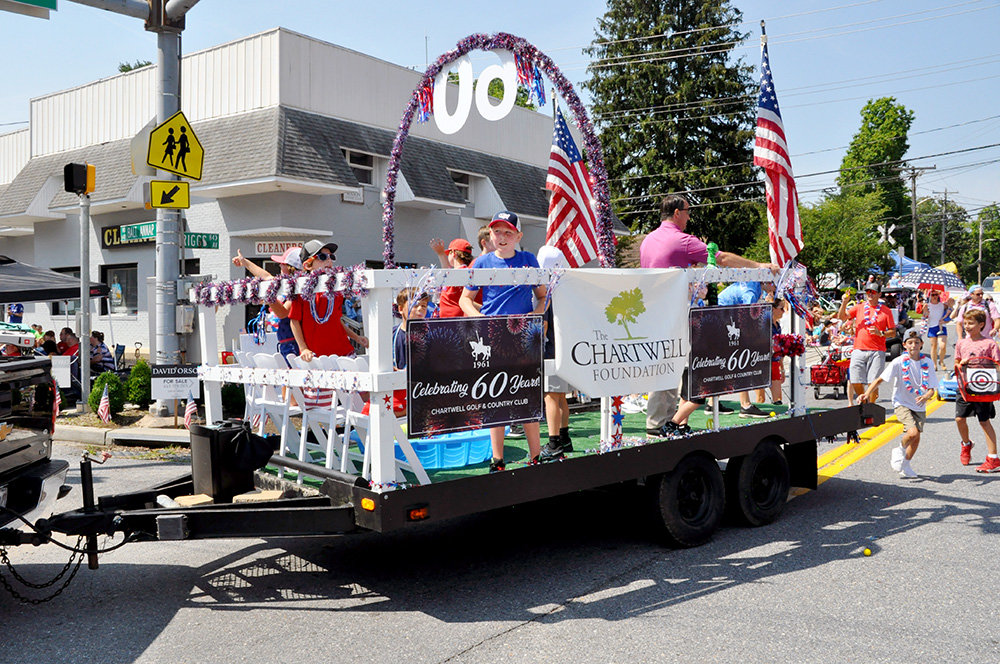 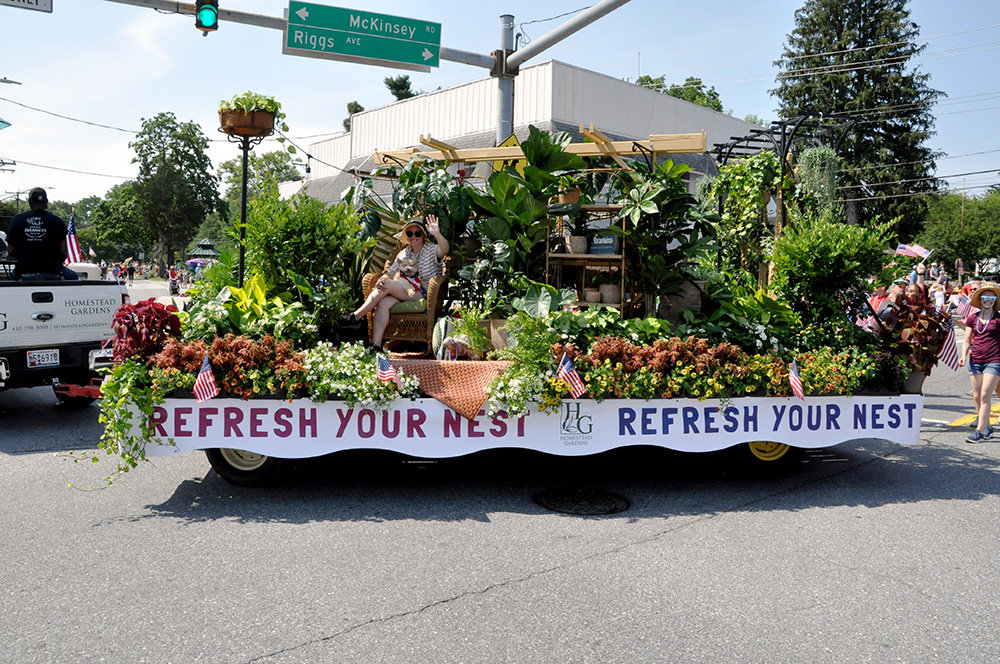 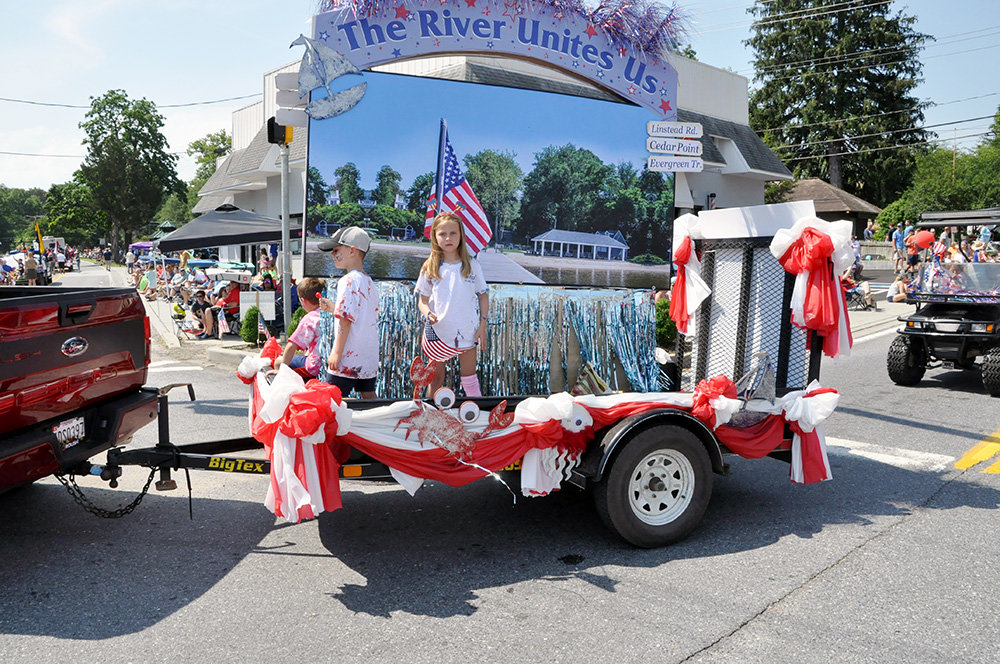 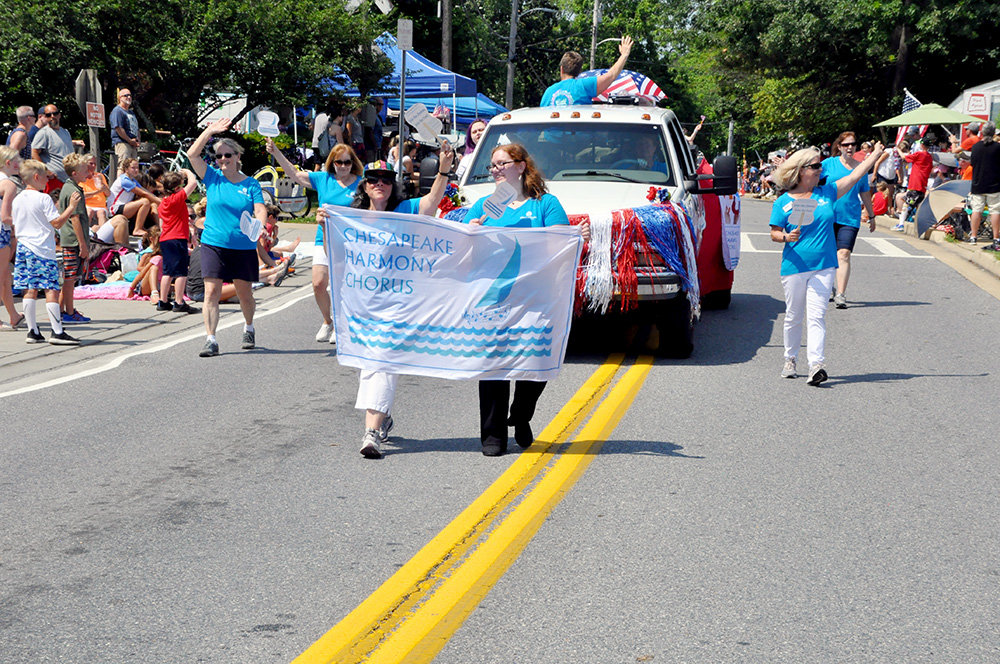 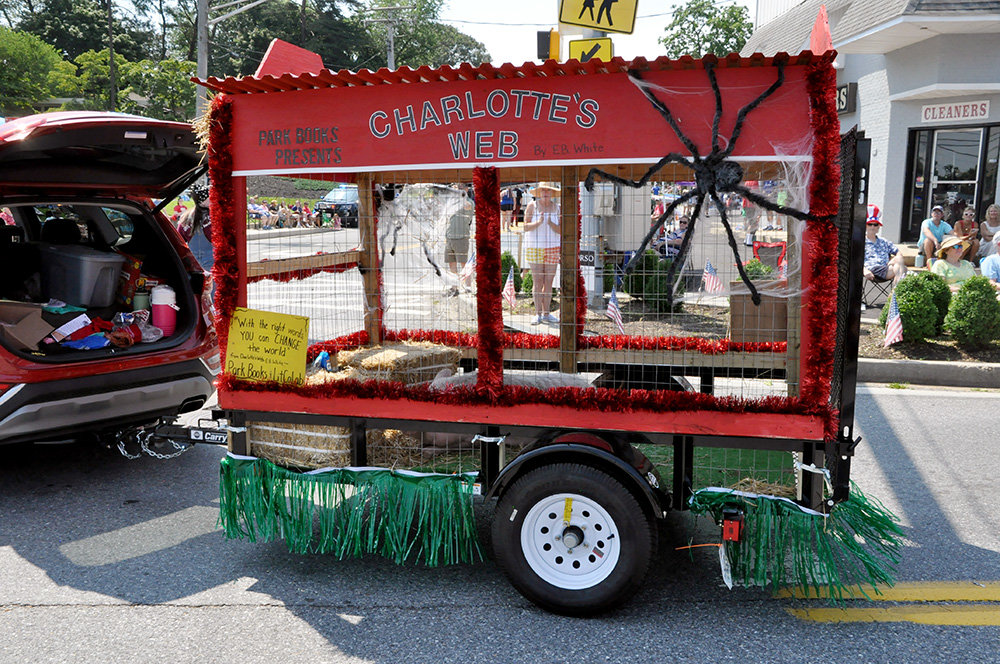 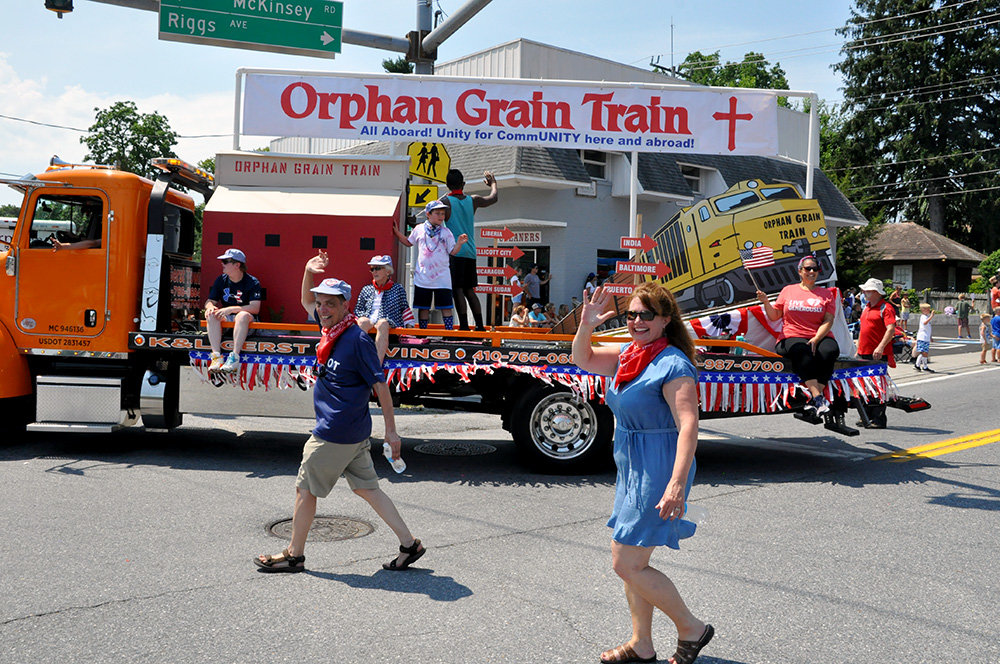 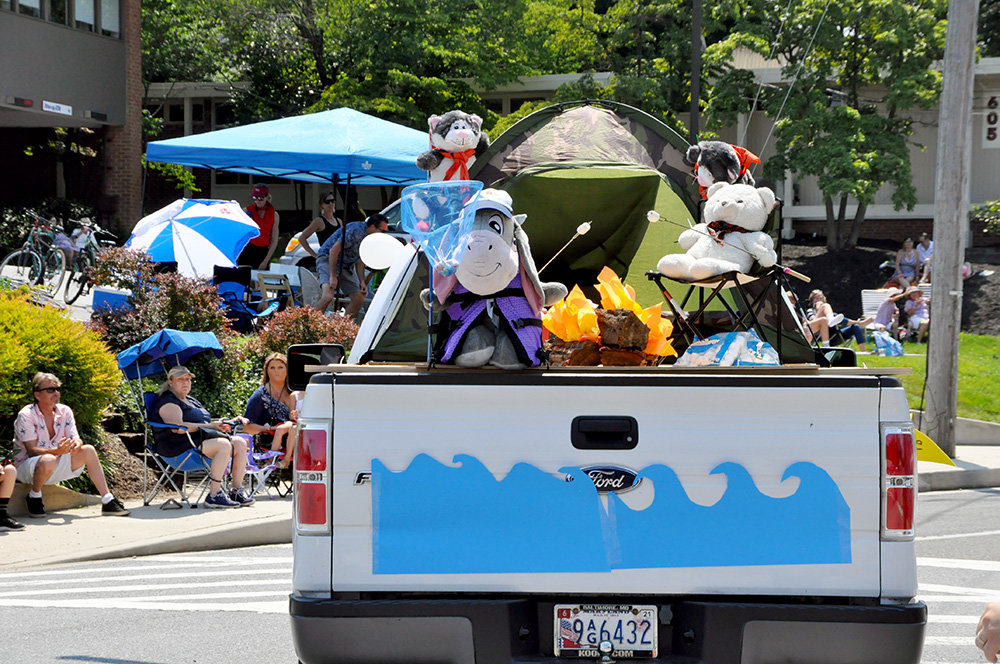 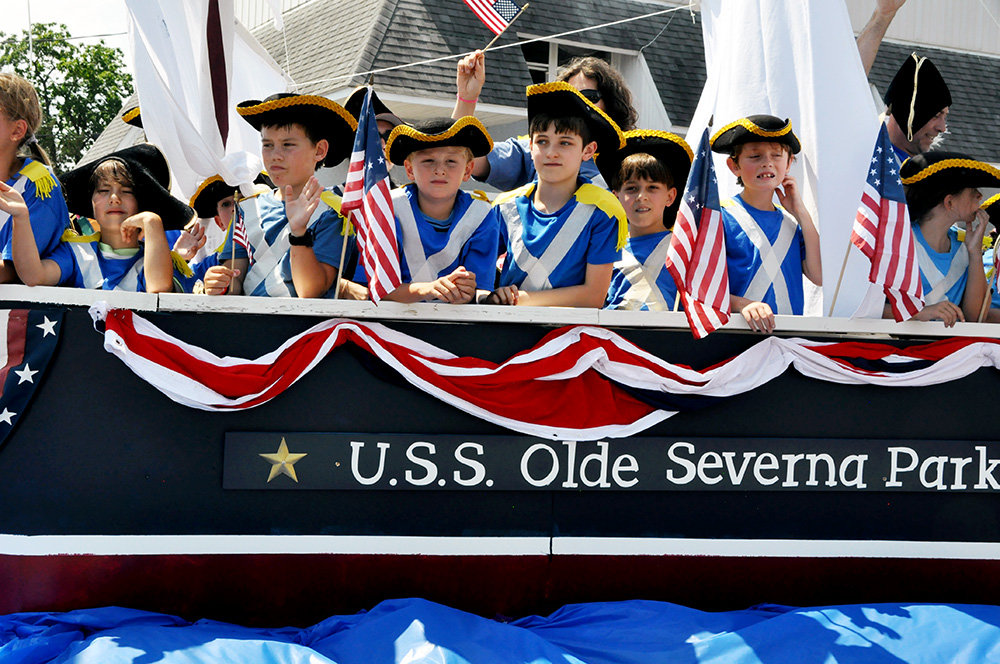 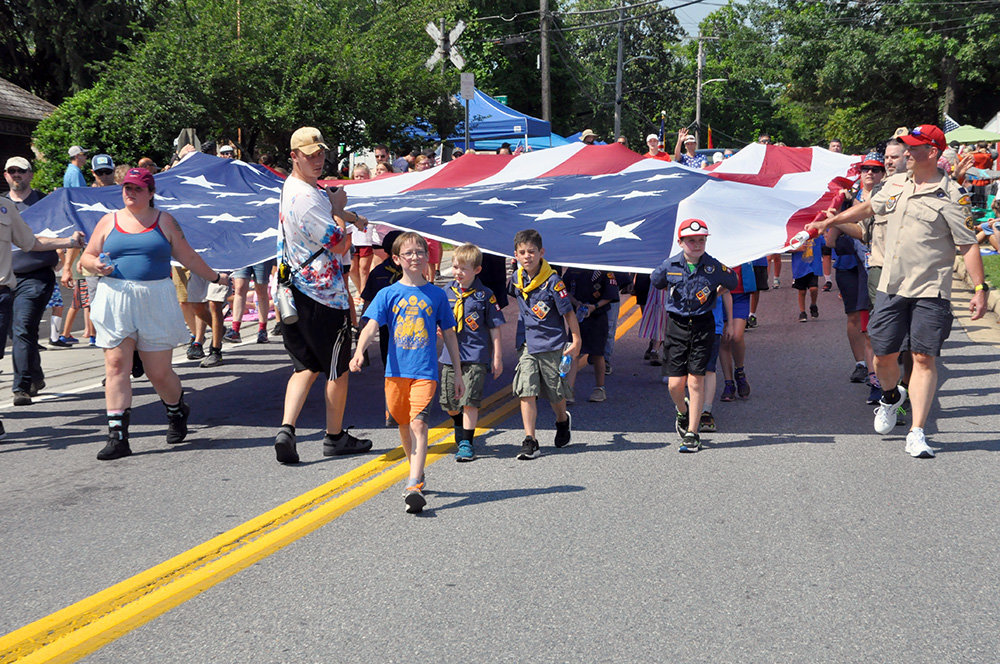 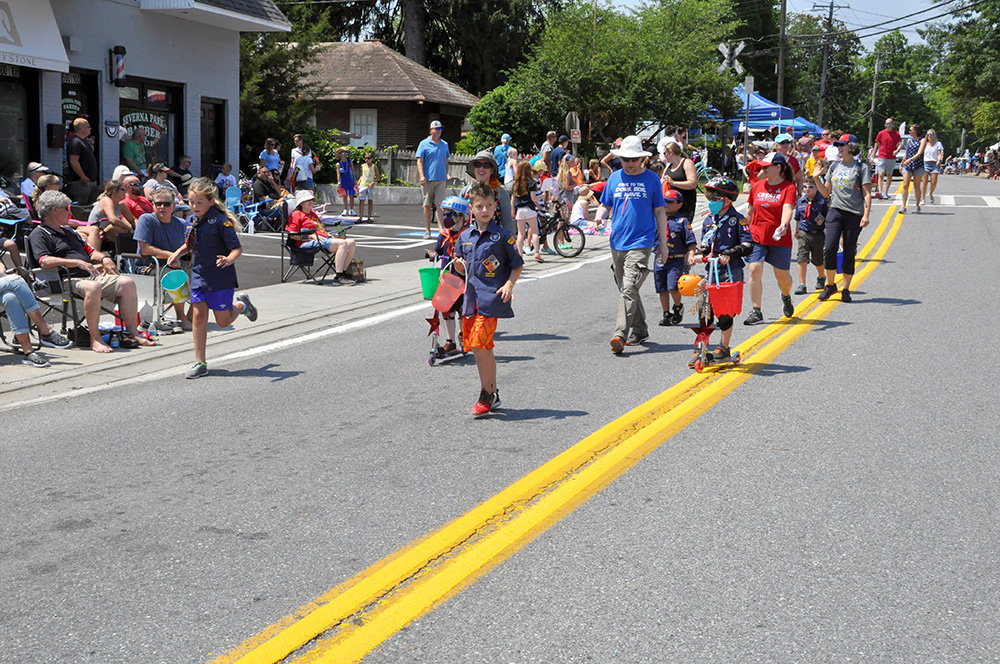 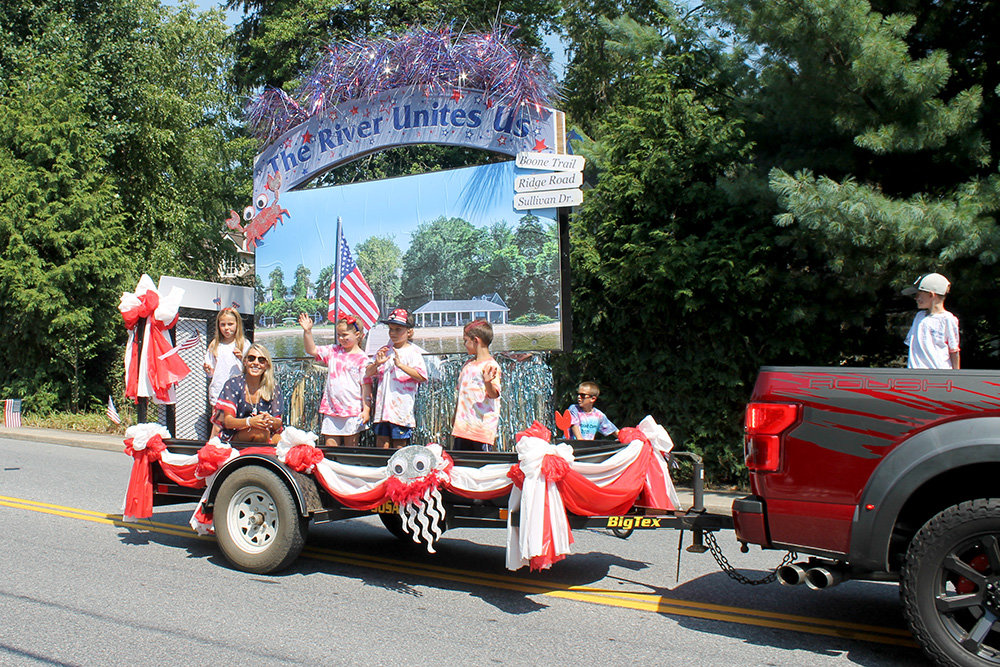 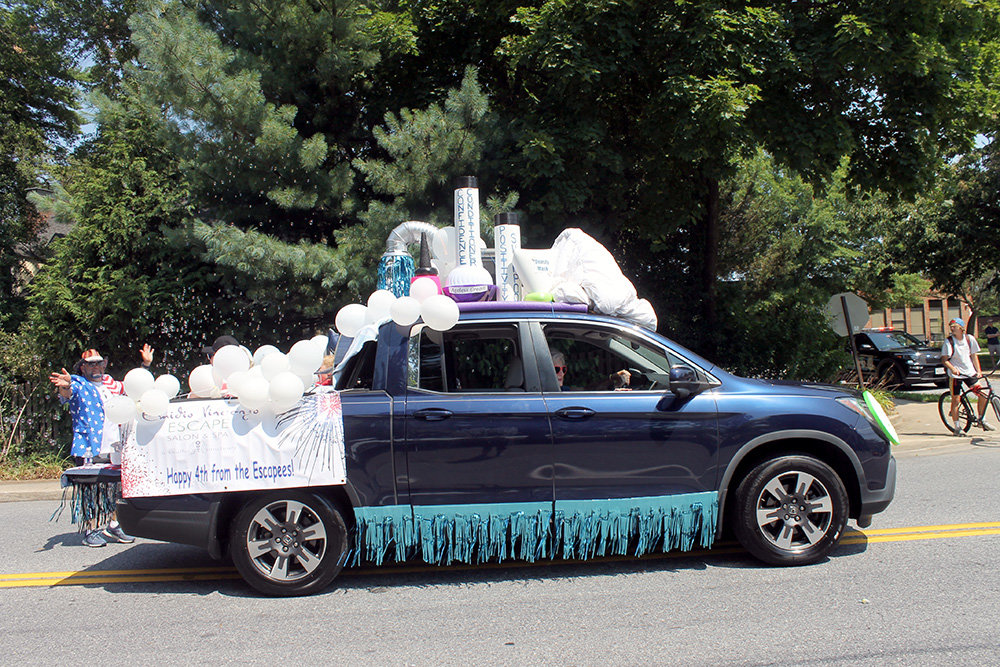 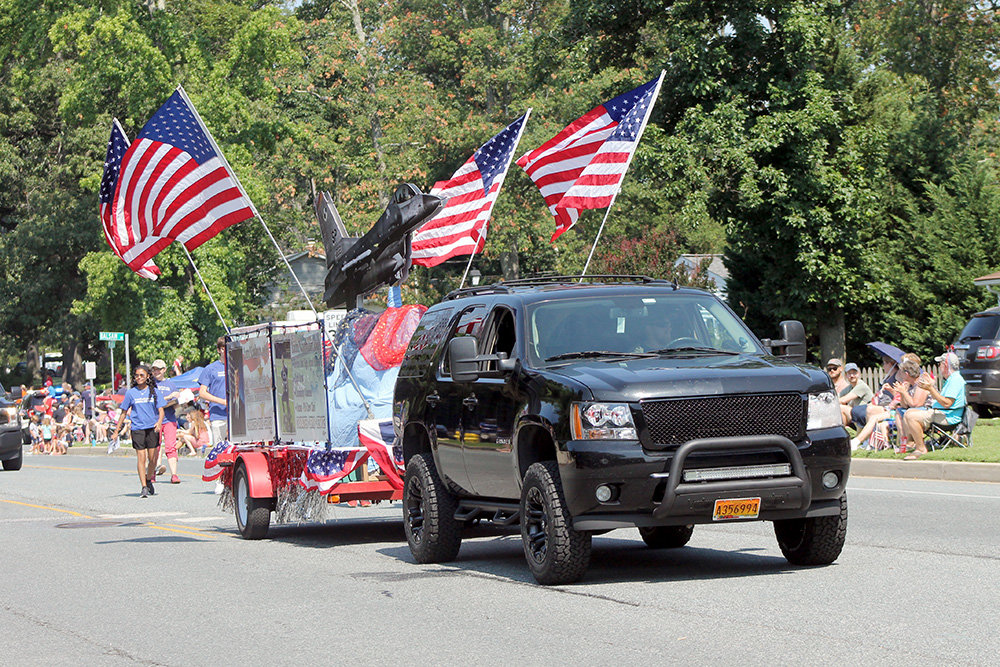 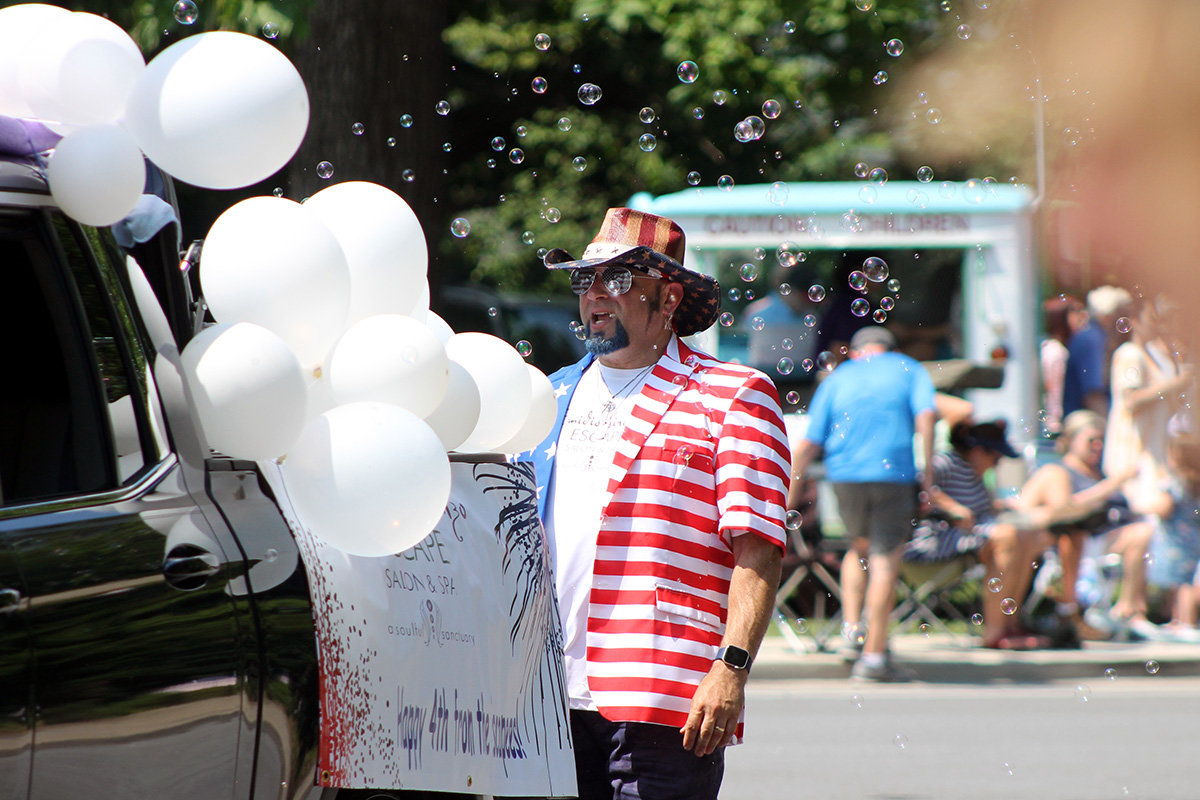 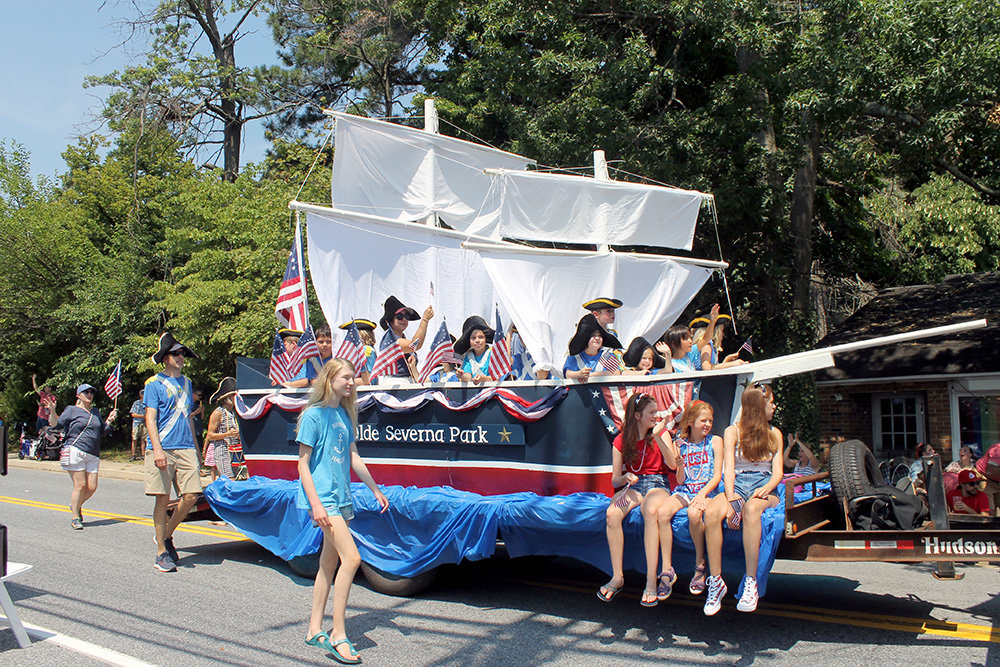 After the pandemic caused the community to miss out on the beloved Fourth of July parade in 2020, the Greater Severna Park and Arnold Chamber of Commerce (GSPACC) was back this year with the event on July 5, and one common sentiment was expressed by spectators.

“It’s great to be out and sort of back to normal,” said Ray Landrum, a Navy veteran who watched the parade from Benfield Road.

With a theme of “Celebrating Our CommUNITY,” the parade brought together neighbors, friends, nonprofit groups, businesses, pets and more for a patriotic display. Of the 99 parade entries, Olde Severna Park earned the honor of Best Overall by constructing a ship whose crew consisted of children donning Revolutionary War era clothing.

“Olde Severna Park had a perfect score,” said Matt Wyble, one of the parade judges. “Everybody worked hard [on all of the floats], and it was great to see everybody back. Olde Severna Park stood out above the rest, and they deserve recognition.”

Before Olde Severna Park’s float made its way along the parade route, the crowd had a chance to greet Eddie Conway, the owner of Garry’s Grill, who was chosen as this year’s grand marshal. Over the last year, Conway and his staff supported Polar Bear Plunge, Partners in Care, SPAN, Harvest for the Hungry, Tucker’s Teddies and several other charitable causes.

“I always knew that I was the type of person who loved helping people,” Conway said. “This year allowed me and my staff to show our customers who we are and how we care so much about people.”

Organized by GSPACC CEO Liz League, the parade afforded people from Severna Park and beyond the chance to show how much they care about one another. Stacey Cassidy, a parade judge and owner of Savvy Consignment, expressed how the event is special to so many people.

The Fourth of July parade judging is chaired by the Severna Park Voice publishers, Dianna and Lonnie Lancione, with the help of the following chamber members: Stacey Cassidy of Savvy Consignment, Mike Hall of Severna Park Lanes, Dawn Wilson of Side Street Framers & gift gallery, Molly Connolly of Gardiner & Appel Group, and Matt Wyble of the Matt Wyble Team of Century 21 New Millennium.

Congratulations To The Winners!