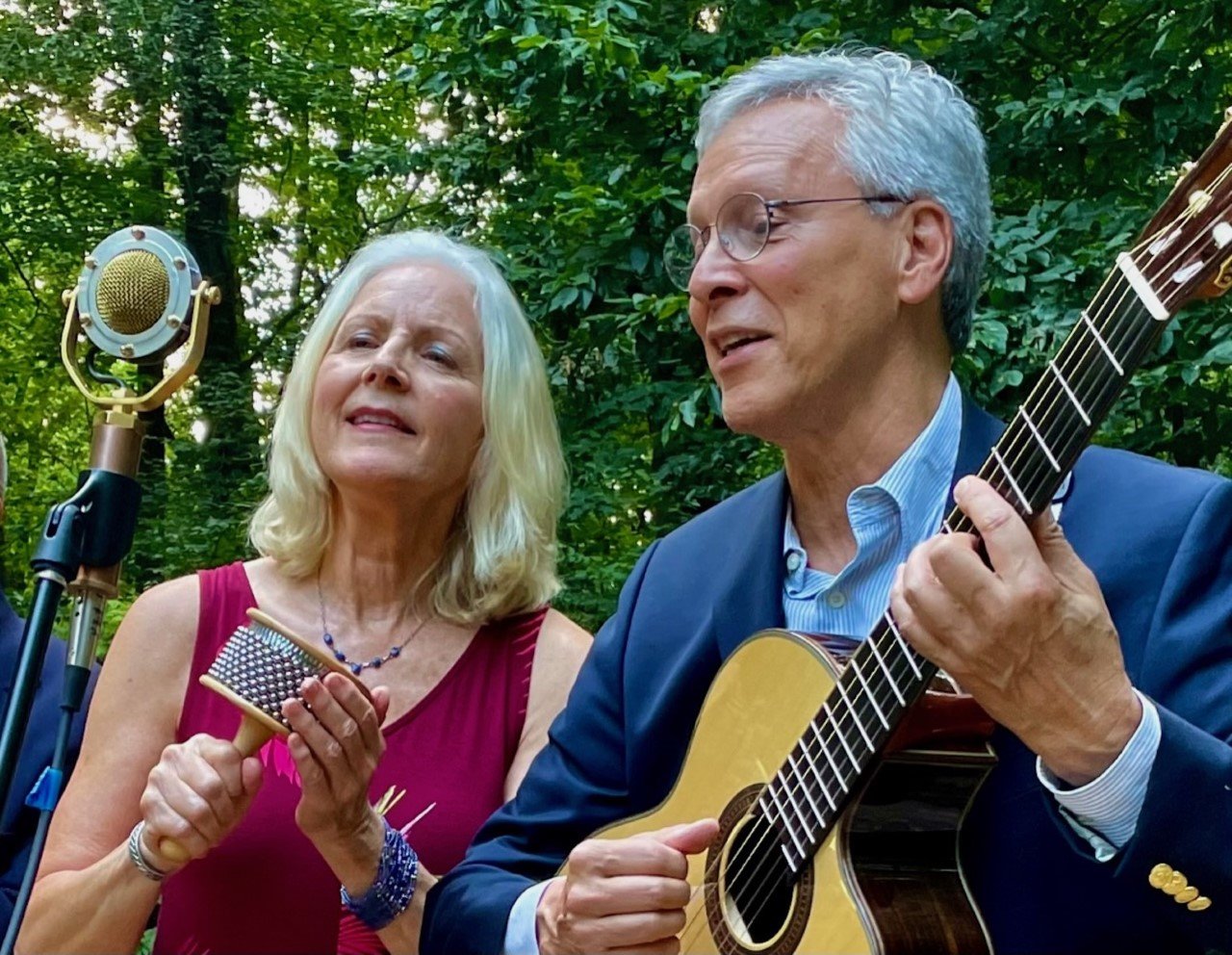 On Sunday, November 20, they’ll perform at Cafe Mezzanotte, offering a soulful blend of tunes by the likes of Stevie Wonder, Jobim, The Beatles and Neil Young. Melvin's singing in French, Portuguese and Spanish adds a touch of magic to their global program, which is part of the monthly Jazz Beyond Borders music series. Begun three years ago, it was the only music series in the county to continue throughout the pandemic, sometimes online, sometimes outdoors - whatever was needed to allow the show to go on.

Annie Award winning multi-instrumentalist and vocalist Elizabeth Melvin has performed in the mid-Atlantic region since 1977, contributing marimba, keyboards, percussion and vocals to jazz and world music bands Wooden Hands, Mama Jama, Jambulay, and the Caribbean Art Jazz Ensemble. Adventurous since the start of her career, she studied with Lorenzo Penebal, who came to the U.S. with other talented Cuban musicians on the Mariel Boatlift, bringing a wealth of musical knowledge with them. In the 1980s, she played marimba in the traditional West African music group Mamaya, led by Senegalese kora master Djimo Kouyate. In 2008, she formed a vocal trio with the late singer/dancer Eileen Carson Schatz and bassist Mark Schatz. In 2014, she stepped out as a lead singer in vintage swing group The Late Boomers. She is founding director of The Freedom Choir, a world music community choir, now in its 12th year, and a song leader for vocal workshops in the U.S. and Canada.

Dick Rausch got his start in the late ‘60s as leader and guitarist for the renowned rock groups The Color and Second Eagle, based in Georgetown’s premiere club, The Bayou. He performed in the first U.S. version of Jesus Christ Superstar at St. Steven’s Cathedral in New York City and was the U.S., European and Pan American touring music director and guitarist for legendary vocalist Carl Anderson (Judas) in the ‘70s. He has opened for such greats as Paco De Lucia, Marvin Gaye and Al Green. In the early ‘90s, he returned to his first love, the classical nylon string guitar, and immersed himself in the bossa nova sounds that enchanted him as a youth. Collaborating with stellar musicians such as flute/sax player John Starr, violinist Lucas Lechowski and drummer Larry Griffin, he formed the groups Gentle Birds and Jazacatu to perform a compelling mix of jazz and bossa. He brings his knowledge of jazz harmony and sensuous vocal tones to the music of Amoroso.

This performance also features Brazilian brothers Leonardo and Bruno Lucini on bass and percussion. Having performed in every major concert hall and club in Washington, D.C., they helped create a huge audience for Brazilian instrumental music and jazz. Jim Orr on keys founded The Persuaders in 1988 and has performed with The Pan American Rhythm Project, The Samba Bossa Four, Root Boy Slim and many other ensembles.

Doors open at 4:00pm for the 4:30pm show and 6:30pm for the 7:00pm show. Admission is $25. A sellout is likely, so reserve a seat soon from www.instantseats.com (select Cafe Mezzanotte as the venue). Find out about other events by getting on the mailing list for Jazz Beyond Borders: www.jazzbeyondborders.com.