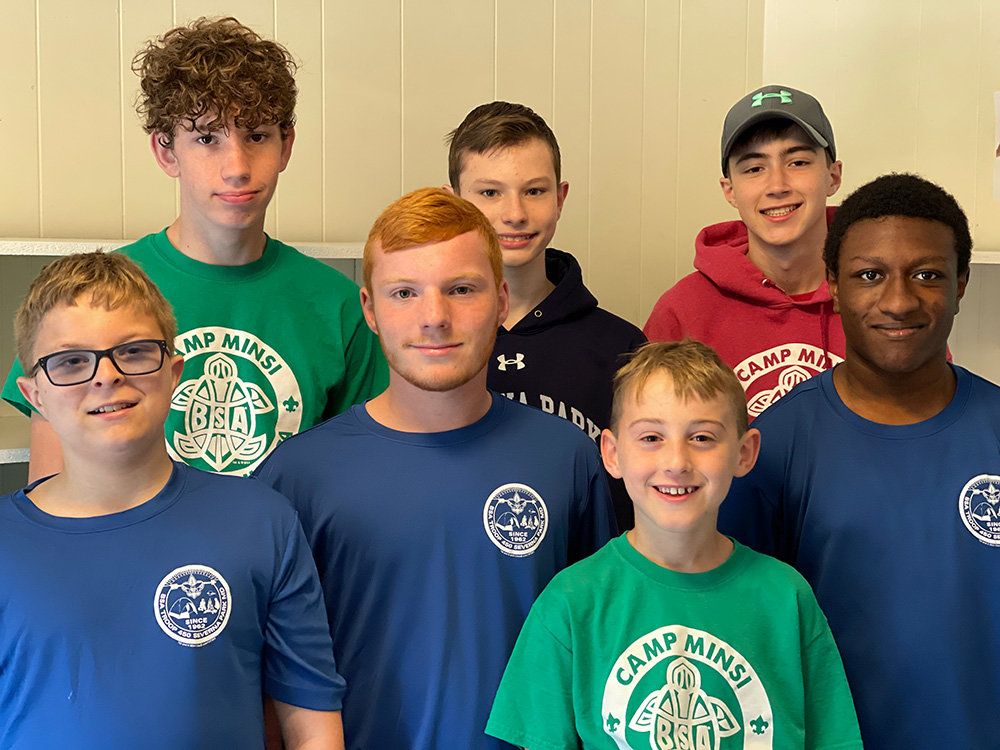 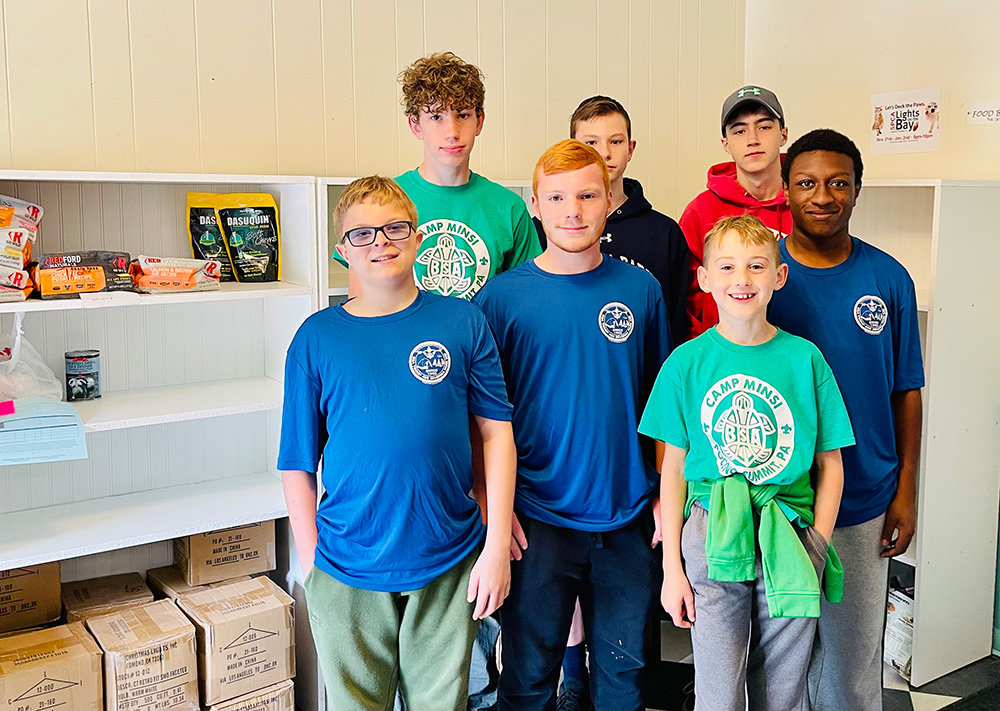 As a child, Keenan Kopf declared he’d never be without a dog in his life. Now a senior at Chesapeake High School, and with a menagerie of furry and scaled family members at home, Kopf has always known his Eagle Scout project would help rescue animals in some way. On October 24, Kopf moved a step closer to earning Eagle rank when he and several members of Troop 450 out of St. John the Evangelist Church built much-needed shelving at the SPCA of Anne Arundel County in Annapolis.

“Being able to help the SPCA in supporting their mission was a very good feeling,” Kopf said. “Being able to do it with some younger scouts was very rewarding.”

Kopf is passionate about animals and calls those who help them live their best lives “heroes.” After 11 years in scouting, and preparing for the Eagle rank, he contacted the SPCA of Anne Arundel County in Annapolis to inquire about the needs of the shelter. He learned the SPCA was in dire need of new, sturdy shelving to support the hundreds of pounds of donated pet food and supplies made available for pet owners who may have difficulty purchasing food for their own pets. He contacted local building and supply stores for the wood, paint and other materials to create multiple shelving units. His grandfather, a carpenter, also assisted.

“We really enjoyed working with Keenan. Over the years, we have always had good experiences with Eagle Scouts and Keenan was no exception,” said Kristen Nimmo, administrative coordinator for the SPCA of Anne Arundel County. “His professional demeanor and commitment to quality work made it a pleasure to work with him.”

Troop 450 scoutmaster Jake Miller explained how the project is an important step on the path to the rank of Eagle Scout.

“The project is an opportunity for a scout to demonstrate the leadership skills they have learned in scouting and an opportunity to give back to the community that supported that scout on their journey to Eagle,” Miller said. “I am proud of Keenan and his work with the ASPCA. His efforts will have an impact on the residents and pets in the community. I look forward to seeing Keenan continue to work toward his Eagle Scout rank as he completes this part of the journey.”

The shelving units will make a world of difference to the SPCA of Anne Arundel County, Nimmo said. “We require a great deal of supplies to provide care to so many animals, and the shelving units will enable us to use our space more efficiently,” Nimmo said. “We are so very grateful for all of Keenan’s hard work and thank him for all he does for the SPCA of Anne Arundel County.”

Kopf lives in Severna Park with his parents, Andrea and Pat, both of whom are active in Troop 450. He is a member of the Chesapeake High School varsity soccer and wrestling teams. Kopf plans to attend college and study computer science.