Kindness Rocks Are Popping Up Across Anne Arundel County 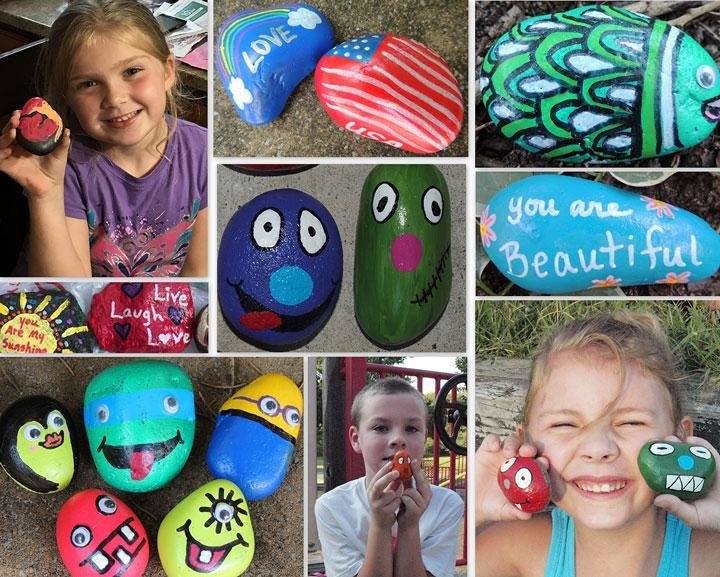 In a world where negativity and fear can be so prevalent, people are using painted rocks to spread kindness is a simple way. 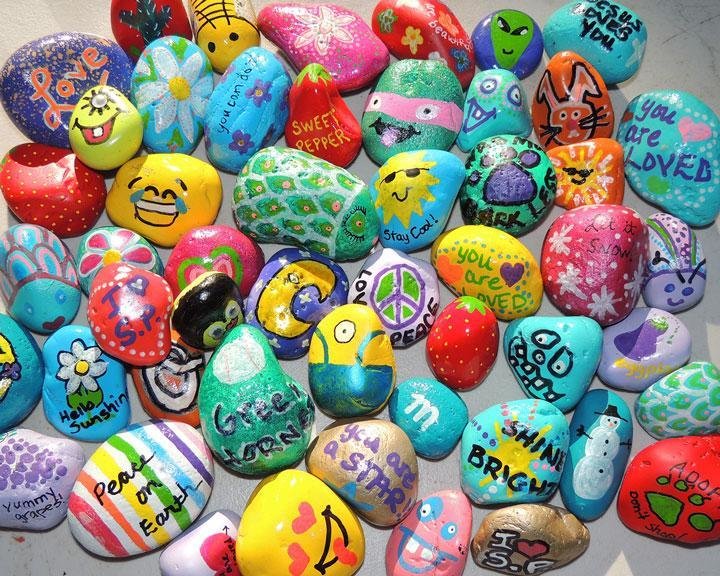 In a world where negativity and fear can be so prevalent, people are using painted rocks to spread kindness is a simple way.
Previous Next
Posted Thursday, August 10, 2017 11:24 am
Judy Tacyn

Brightly painted rocks bearing messages of kindness and hope are materializing in Severna Park, Anne Arundel County and around the world. Megan Murphy started the Kindness Rock Project on the beaches of Cape Cod in 2015 as a way to share inspirational messages with strangers. People who find the rocks log their location on the Kindness Rock Project website, which now includes thousands of markers spanning the globe.

After losing both of her parents when she was in her 20s, Murphy walked the beach to speak to her parents, and then look for signs demonstrating that her parents heard her thoughts and would provide direction.

One day, she spontaneously grabbed a Sharpie when she headed to the beach. After writing encouragement and kindness messages on six rocks, she dropped the rocks in the sand. Later that same day, she received a text from a friend of hers who thanked her for the rock. Though she first denied that she left the rock, Murphy realized the rocks were as therapeutic to her as they were for the people who found them. Murphy said she’s been dropping rocks ever since.

Locally, Facebook groups such as “Severna Park Rocks,” “Anne Arundel Rocks” and “Painted Rocks of Maryland” have sprung up and are growing exponentially every day.

Murphy, a certified life coach who works closely with Oprah Winfrey, said she’s thrilled that the project has taken root in Maryland. “I’ve been dropping rocks in Maryland for years when I visit my daughter in college,” exclaimed Murphy. “[I’m] so happy it has taken off in that area!”

Anne Arundel Rocks co-founder Sharon Lilly Dillard originally heard about kindness rocks in her hometown of St. Petersburg, Florida. “St. Pete Rocks is huge in Florida,” said Dillard. “My family had so much fun finding and hiding rocks in Florida that I decided to bring a few rocks back to Maryland and to start a Facebook group of our own.”

Dillard said that in today’s world, where negativity and fear can be so prevalent, spreading kindness is a simple way to enact positive change.

“I think it’s very easy to get overwhelmed and wonder how you can make a difference in the world,” said Dillard. “It’s important to take steps toward making our own communities kinder and nicer. Creating a kindness rock for the pure altruistic reason of making someone else smile is something I think we need to teach our children.”

Arnold resident Brandy McNew said she’s been hunting for rocks since July 12 after hearing about it from a Pennsylvania friend’s Facebook page.

“My family is big into geocaching, and this is similar, but more spontaneous and accessible to a larger and more varied group of people,” said McNew. “I think this is wonderful because it gets people to be creative, and gets them out into their communities and exploring new places. I think it also teaches and reinforces kindness, sharing, giving and compassion for others. The joy in hiding things for others to find, and to find what others have hid, fosters a great sense of community.”

Severna Park resident Jane Lewis found her first rock on June 25 and hid her first batch of rocks on June 30. “The rocks are small, anonymous acts of kindness to brighten someone’s day,” said Jane. “I hope that the Kindness Rock Project brings a smile to every person who finds one. We could all use more of that!”

Leigh Wells learned about the Kindness Rock Project when a local group came up in her Facebook newsfeed. Her family set out to find the rocks and came across the kindness rock garden along the B&A Bike Trail behind Winkelmeyer Plaza. Her family has been painting, hiding and finding rocks since June 17.

“I think at minimum, the rocks signify a genuine kindness of people in our community and beyond,” said Leigh. “My kids learned that while they can’t always expect to find a rock, they can always expect to feel good about themselves when they hide them for others.”

Each rock group on Facebook has posted guidelines and suggestions on how to paint, weatherproof and hide rocks. For instance, rocks shouldn’t be offensive or preachy, and they shouldn’t be hidden in the grass where they might be hit by a lawnmower.

On the back of each rock, painters are asked to include a simple note letting people know where the rock came from and how to let the group know where their rock has traveled. Finders are asked to take a photo of their found rock and post on the Facebook page of the group where the rock originated. Finders are encouraged to keep or re-hide the rock, but most importantly, make more rocks to be released into the community.

For more information on how to make kindness rocks, visit “Severna Park Rocks” or “Anne Arundel Rocks” on Facebook or go to www.thekindnessrocksproject.com.